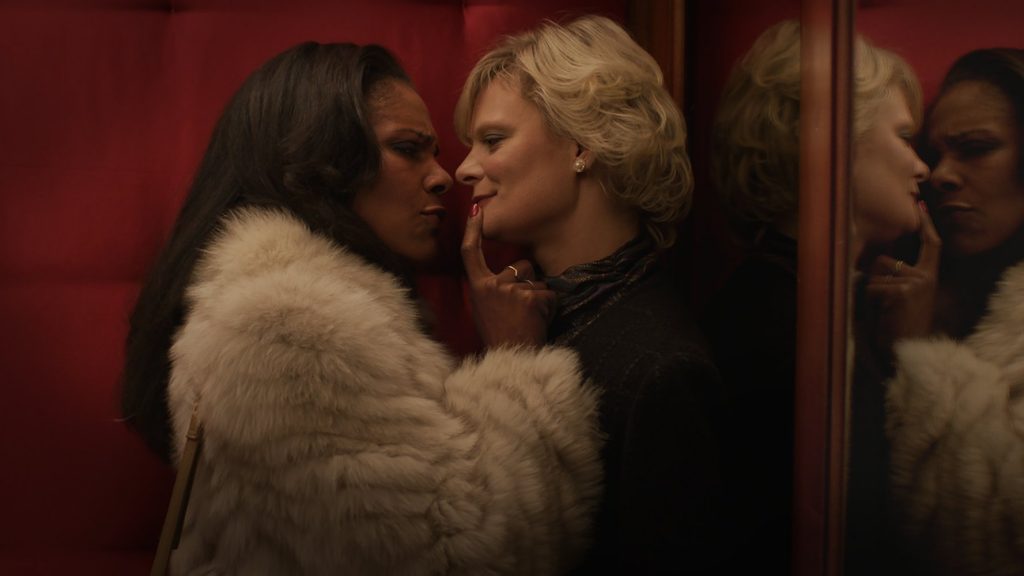 Due to remarkable demand, Screenvision Media, a national leader in cinema advertising, in association with KAOS Connect and SPEAKproductions, announced today that it has added multiple new theater locations and screening dates for “Hello Again,” the film adaptation of Michael John LaChiusa’s acclaimed musical which is set to hit theaters beginning November 8. Updated theater information, show dates and ticket information can be found at www.helloagainmovietix.com.

“The positive response we’ve received from fans and exhibitors nationwide just a few weeks after announcing this release has been enormous, so we’ve made it a priority to bring this film to as many people as possible.” said Darryl Schaffer, Executive Vice President of Operations and Exhibitor Relations at Screenvision Media. “I am delighted to share this powerful musical with even more theater lovers across the country.”

SPEAKproductions’ adaptation of “Hello Again” epitomizes the power and potential of musical cinema with thrilling performances and an entrancing score. Epic in emotional scope and striking in visual landscape, lovers of Broadway and boundary-pushing storytelling will lose themselves in “Hello Again’s” visceral vignettes.

About KAOS Connect, LLC
Headquartered in Denver, CO, KAOS Connect is the next step in the evolution of the event experience, making events more accessible and engaging both on–and beyond–the Big Screen. By transforming ordinary content into extraordinary experiences, KAOS connects people, organizations, brands and content worldwide. Owned and operated by two seasoned media executives, Shelly Maxwell and Dan Diamond have been credited with the success of creating and building the world’s preeminent EVENT CINEMA business as they transformed movie theatres into places where communities could gather together to experience unique entertainment and infotainment, not just traditional films. For more information: http://www.kaosconnect.com.

About SPEAKproductions
SPEAKproductions’ acclaimed films have won over 50 awards & screened more than 250 film festivals around the world including Tribeca Film Festival, Raindance, Nashville, Cinequest, Chicago Int’l, Florida, Taipei Golden Horse, Dublin Int’l, Vail, Jecheon, Montreal World, Provincetown Int’l, Atlantic, Rhode Island Int’l, Woodstock, and Frameline. Past films include the cult-hit musical “Were the World Mine,” chosen by The New York Times as Critics’ Pick, Mexican co-production “Mariachi Gringo” which premiered as the opening night film at the Miami Film Festival and won the top honor at Latin America’s premiere festival in Guadalajara, and micro-budget “Getting Go” which was screened alongside all of their work at the 37th Cleveland Int’l Film Festival as Cory and Tom were honored as “Someone to Watch.”