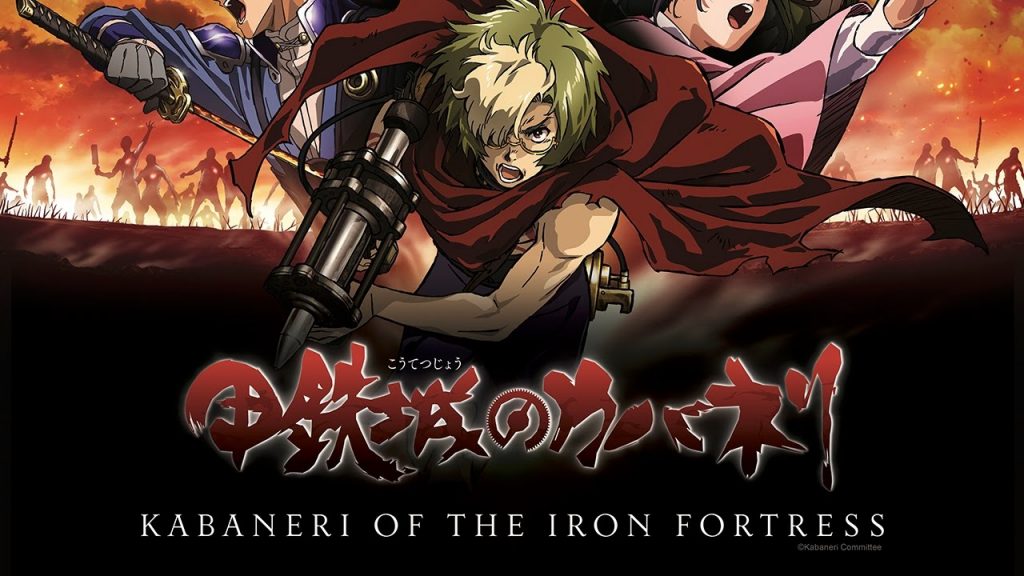 Crunchyroll, the leading destination for anime and manga, today announced that tickets are now available for the first-ever “Anime Movie Night,” taking place on April 26 in more than 200 theaters nationwide. Beginning today, tickets for the inaugural event are available for purchase at animemovienight.com. The quarterly anime cinema programs are made possible through Crunchyroll’s alliance with Screenvision Media, a national leader in cinema advertising, in association with KAOS Connect, renowned event cinema creators.

As the first event in the Anime Movie Night series, the April 26 screening will include a double feature showing of two never-before-seen feature-length films, “Light that Gathers” and “Life that Burns,” which consolidate content from Kabaneri of the Iron Fortress, the post-apocalyptic hit series that premiered in spring 2016 on Fuji TV. Kabaneri of the Iron Fortress is by Wit Studio, the animation studio that produced the wildly popular anime adaptation of the Attack on Titan manga series. These films will include updates and enhanced footage different from the original TV series. Special intros to both films will be included with this event.

“Crunchyroll is always looking for ways to take anime to new heights and to better serve its passionate community. With Anime Movie Night, Crunchyroll can now take anime out of the living room and onto the big screen to reach more viewers with a heightened experience. What’s more, the theatrical release of Kabaneri of the Iron Fortress gives fans an opportunity to come together to celebrate a favorite title at theaters across the country,” said Kun Gao, General Manager of Crunchyroll.

With theaters participating across major metropolitan areas in the U.S., life-size anime has never been more accessible. The one-day event will be hosted by most major theater chains. More participating theaters are being added in the weeks leading up to the event, and fans are encouraged to check the Anime Movie Night website to find their closest location.

“Event Cinema is all about connecting passionate fans to their favorite content through high-quality viewing experiences. Together with Crunchyroll we can optimize the exclusive theatrical event to provide the most compelling anime experience for loyal fans and newcomers alike,” said Dan Diamond and Shelly Maxwell, KAOS Connect’s managing partners.

Kabaneri will kick off the first of quarterly Anime Movie Night events throughout the year showcasing popular titles. Each will feature select anime episodes or full-length theatrical releases, either classic or new. For more information on Anime Movie Night or to purchase tickets to Kabaneri of the Iron Fortress: Exclusive Theatrical Release, visit animemovienight.com.

About KAOS Connect, LLC
Headquartered in Denver, CO, KAOS Connect is the next step in the evolution of the event experience, making events more accessible and engaging both on–and beyond–the Big Screen. By transforming ordinary content into extraordinary experiences, KAOS connects people, organizations, brands and content worldwide. Owned and operated by two seasoned media executives, Shelly Maxwell and Dan Diamond have been credited with the success of creating and building the world’s preeminent event cinema business as they transformed movie theatres into places where communities could gather together to experience unique entertainment and infotainment, not just traditional films. For more information: http://www.kaosconnect.com.

About Crunchyroll
Crunchyroll is the official destination for the largest and latest lineup of anime as well as popular drama and manga. Crunchyroll brings hit shows like Naruto Shippuden, Attack on Titan, and One Piece to millions of viewers around the world and allows them to purchase related merchandise through its online store. Through its app on game consoles, set-top boxes, mobile devices and more, Crunchyroll delivers content from leading Asian media producers directly to viewers translated professionally in multiple languages. The service is available for free or through a premium offering that allows users to watch ad-free with access to simulcasts—top series available immediately after Japanese broadcast. Crunchyroll’s majority investor is Otter Media, a joint venture between AT&T and The Chernin Group. Crunchyroll has offices in San Francisco and Tokyo, and is a member of the Association of Japanese Animations (AJA). For more information, visit http://www.crunchyroll.com.