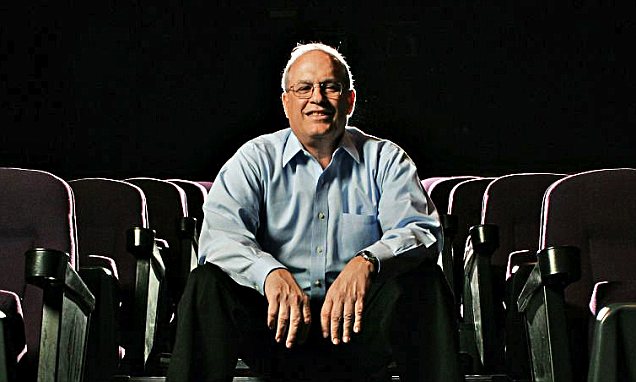 “In leading Cineworld to the deal with Cinema City Holding in 2014 and then in 2018, the purchase of Regal Entertainment, Anthony Bloom was part of an incredible statement about the future of the motion theatre industry,” noted Neuhauser. “He has made great contributions towards making Cineworld Group one of the world’s leading and most important entertainment companies, responsible for providing hours of endless enjoyment and wonder to moviegoers of all ages and cultures around the globe. We take great pleasure in honoring Mr. Bloom for what is truly a lifetime of achievements.”

Anthony Bloom is an international private equity investor and one of the founding shareholders of Cineworld Group plc, a company of which he has been Chairman since its inception in 1996. Cineworld Group plc is the world’s second largest cinema chain, with 9,538 screens across 793 cinemas in 10 countries including the US and the UK. Prior to his move to London in 1988, Bloom was Chairman and Chief Executive of The Premier Group, one of South Africa’s biggest diversified industrial enterprises. In South Africa, he was a member of the Board of Directors of Barclays Bank, Liberty Life Association and South African Breweries.

He was educated at the University of Witwatersrand in Johannesburg, Harvard Law School and the Stanford Graduate School of Business. In 2002, he was awarded the Degree of Doctor of Law honoris causa by the University of Witwatersrand in recognition of his contribution towards the establishment of a non-racial society in South Africa. He is a member of the Dean’s Advisory Board of the Harvard Law School, and is a director on a number of boards including the London Symphony Orchestra, Techoserve Inc. and several other companies associated with his investment portfolio.

The National Association of Theatre Owners (NATO) is the largest exhibition trade organization in the world, representing more than 33,393 movie screens in all 50 states, and additional cinemas in 94 countries worldwide. NATO’s membership includes the largest cinema chains in the world and hundreds of independent theater owners, too.