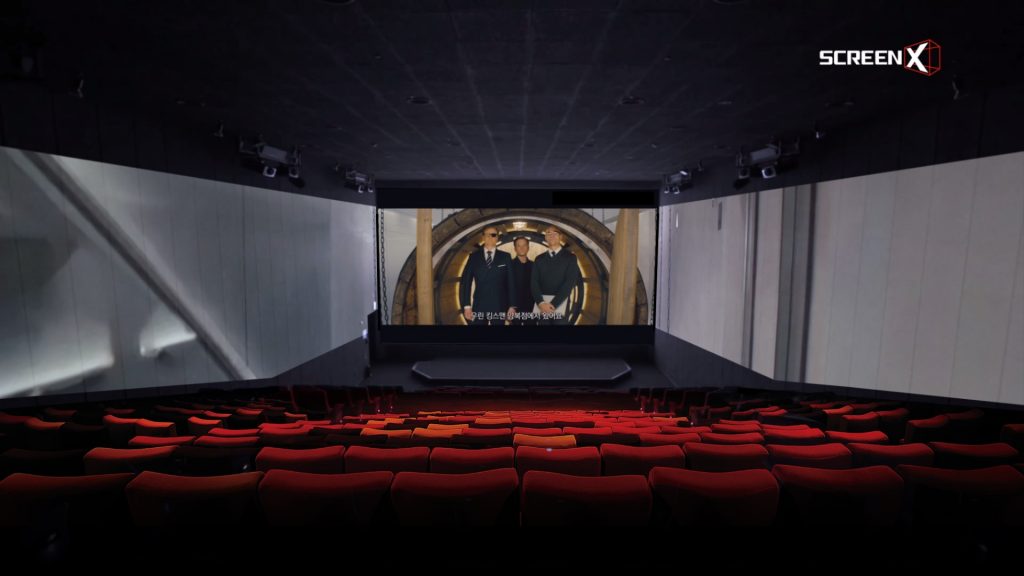 “We love giving our fans as many options as possible to enjoy our films and ScreenX is definitely a great way to see a movie. After the success of “Kingsman: The Golden Circle” last year, we look forward to continuing this partnership,” said Andrew Cripps, President of International Film Distribution, 20th Century Fox.

In the past 12 months, ScreenX has seen a surge in the number of ScreenX installed auditoriums, which have grown from 107 to 142, a 33% increase year-over-year. Additional screens are expected to be equipped with the unique technology across China, the U.S. and Europe in the coming year, expanding current total screens by 25% by the end of 2018. This includes a deal with B&B Theatres announced earlier this week at CinemaCon 2018 that will bring four new ScreenX locations to the U.S. through 2019, including one in Liberty, MO, that will be the largest ScreenX in the world.

“20th Century Fox remains an excellent partner for us as they are looking for new ways to push the boundaries of moviegoing at the theaters. We are thankful for their commitment to ScreenX as we look to expand the reach of this new technology, that we feel is going to change moviegoing for the better in coming years,” said Byung-Hwan Choi, CEO of CJ 4DPLEX.

About ScreenX
ScreenX is the world’s first multi-projection system designed to enhance the cinematic immersiveness of the theatre setting. It was created in 2012 by CJ CGV, part of South Korean conglomerate CJ Group, as one of the company’s industry-changing “next cinema formats”, alongside 4DX, the global-leader in multisensory cinema technology with motion and environmental effects. ScreenX allows moviegoers to experience beyond the frame of the movie screen by utilizing a proprietary system that expands images of feature films and pre-show advertising to create an immersive, panoramic, 270-degree format that projects onto three walls of theaters. To date, ScreenX has been installed in over 142 screens around the world, including 86 screens in South Korea; 44 screens in China; 3 in the United States; 4 in Turkey; 2 in Vietnam and 1 in Thailand, Japan, and Indonesia.

About CJ  4DPLEX
CJ 4DPLEX is the world’s first 4D cinema company, headquartered in Seoul with international offices in Los Angeles and Beijing. The company created 4DX, the first and leading 4D cinema technology for feature films, providing moviegoers with an immersive cinematic experience that utilizes all five senses, allowing the audience to connect with movies through motion, vibration, water, wind, snow, lightning, scents, and other special effects that enhance the visuals on-screen. CJ 4DPLEX brings 4DX auditoriums to exhibition partners along with 4DX codes for both major Hollywood blockbusters and local titles. Each auditorium incorporates motion-based seating synchronized with more than 20 different effects and optimized by a team of skilled editors, maximizing the feeling of immersion within the movie, beyond the limits of audio and video. Since 2009, more than 520 Hollywood and local titles have been screened in 4DX. As of May 2018, more than 61,000 4DX seats operate in 510 auditoriums spanning 59 countries.