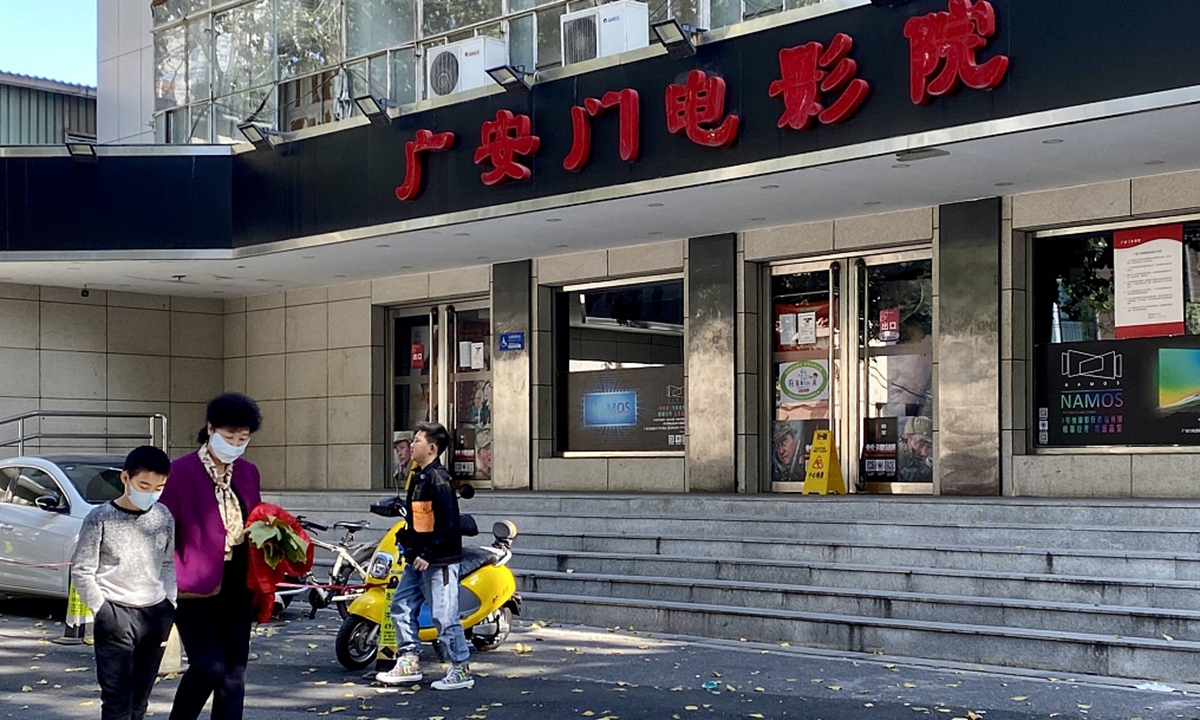 The contagious Delta variant of the Coronavirus has led to cinemas once again closing in places such as Beijing, Moscow and Latvia. There is a fear that the onset of winter in the Northern Hemisphere could lead to further restrictions on public life and possibly new cinema shutterings. However, in other markets such as Australia, Japan and South Korea there are reopenings and an easing of restrictions for cinemas.

The only country where cinemas have completely closed in response to a rise in the number of Covid infections, hospitalisations and deaths is the Baltic state of Latvia, where a lockdown came into place on 21 October and is set to last until 15 November. This meant that all cultural institutions had to close and the Riga International Film Festival (14-21 October) was forced to move online, in what was particularly unfortunate timing. The lockdown also scuppered the opening of local film “The Year Before the War” (21 October) and the Latvian National Film Awards (7-15 November). Latvia has the second-lowest vaccination rate in the EU at 51%, with only Bulgaria worse.

Further east, Moscow and several other major cities have shut cinemas, restaurants and shops for 11 days, starting 28 October in response to a surge in Covid-related infections and deaths. People have also been ordered to work from home or take a one-week staycation, though this has led to people departing for holiday destinations. Russia was one of the first European territories to reopen its cinemas this year and had been enjoying a strong cinema recovery prior to the latest surge. Despite being early with the Sputnik vaccine, only 33% of Russians are fully vaccinated and Moscow is seen as having even lower-still uptake. According to Moscow Times: “Russia’s Federal Statistics Agency Rosstat said Friday that 44,265 people died of coronavirus in the country in September — double the official government figure,” while total Covid-related deaths at nearly half a million is the highest in Europe. Other Russian cities where cinemas have closed are: St Petersburg, Yekaterinburg, Kaliningrad, Samara, Novosibirsk and others.

In Beijing three districts have shuttered cinemas and other entertainment venues, in response to the latest Delta outbreak, with no target opening date. Xicheng district was the first to close cinemas this Saturday, with Dongcheng and Changping districts following suit on Sunday. It is estimated that 1,400 cinemas across China have been closed, the equivalent of 14% of the market. The move comes as a blow to “Dune” and “No Time to Die”, which had become the first major Hollywood films to open in China recently. According to Global Times: “Other theaters located in COVID-19 low-risk areas have been asked to limit attendance to 75 percent and to ban eating and drinking inside the theater.”

While China has a relatively high vaccination rate with its domestic vaccines, the country still has a policy of ‘zero Covid’, that does not seek to ‘live with Covid’, as most other countries do. Worryingly the authorities have urged households to stockpile food in case of further emergency measures. Meanwhile authorities in Shanghai have shut down Disneyland following a single confirmed infection case.

The good news is that things appear to be moving in the right direction in other parts of Asia-Pacific. Cinemas in Japan are lifting seating restrictions, while in Korea the consumption of food and beverages in cinemas and sport stadiums will once again be permitted, with special sections and screenings for fully vaccinated patrons. Most significantly, cinemas have reopened in Melbourne and the rest of the Australian state of Victoria. Meanwhile in Europe, relatively mild measures are being introduced, such as the requirement of a ‘Health Certificate’ to attend cinemas in Wales (an announcement that attracted the opprobrium of the UK Cinema Association), while the Netherlands weighs up reintroducing face covering requirements.

There is, however, a fear that the approaching winter in the Northern Hemisphere could lead to an increase in infections of both Covid and seasonal flu that could lead to even tougher restrictions. While nobody expects another complete lockdown, the examples of Latvia, Moscow and Beijing show that it is still a very real risk for cinemas, just as they start to recover from the last ones.