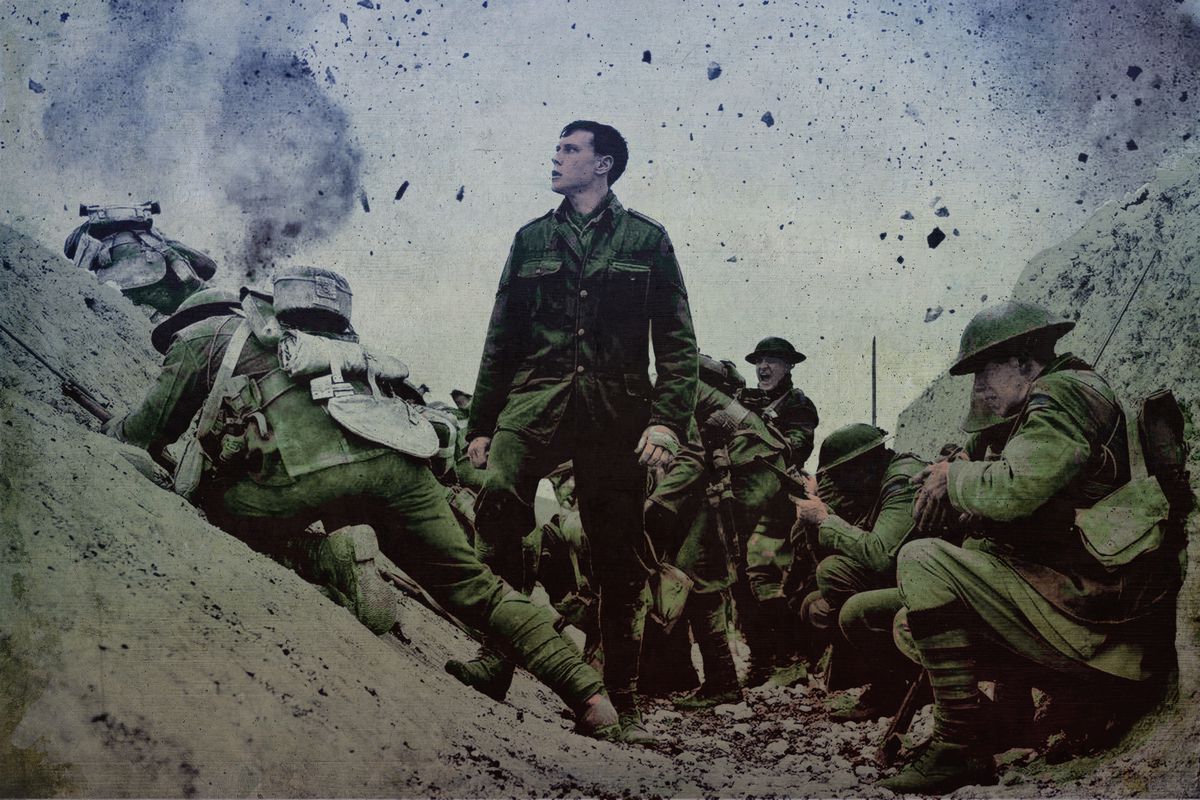 It is quite revealing as to the state of the year when a third of the top 10 films of 2020 were in fact released in 2019. But 2020 was far from normal, as the latest annual summary from Comscore illustrates.

The headlines are not pretty. Total UK and Ireland box office was just £323m, a 76% fall from 2019’s £1.35bn. Only 441 titles were released into the marketplace, less than half of the previous year. And only one title (“Tenet”) that made the top 10 was released after the pandemic began.

Thank goodness then, that the start to the year was so buoyant. With pre-pandemic revenues up 20% year on year, UK exhibitors were able to cash in on the success of “1917” (£44m), “Sonic The Hedgehog” (£19.3m) and “Bad Boys for Life” (£16.2m) (N.B. A small amount of these box office figures would have been from repertory screenings when cinemas re-opened post Lockdown 1). And it was a strong turnout for British film in Q1, also, with five films generating over £2.5m – “1917”; “The Gentleman”; “Little Women”; “The Personal History of David Copperfield” and “Military Wives”.

The highlight of the Top 10 for many exhibitors would have been “Parasite”. The Oscar winner was the holy grail for many mainstream exhibitors: a critically acclaimed, awards recognised yet commercial foreign language film with fantastic buzz and word of mouth. Sitting in 8th place having taken a total of £12.1m this title would help to draw in new audiences and treat existing ones to something new. This was what cinemas’ audience development initiatives always strived to achieve.

From the March lockdown onwards, however, the UK would not see it’s full complement of cinemas open concurrently again.

There were of course many factors contributing towards a cinemas’ decision of whether to open or not. Financial viability with social distancing measures in place, concerns whether they could adhere to appropriate safety measures for staff and customers and above all, availability of content. Of the 441 titles released over the year, half were pre-lockdown meaning that in the seven months that cinemas were permitted to open (not all at the same time), we saw only 240 or so new releases vs the 500+ that exhibitors had come to expect on average.

Not surprisingly, this drastic reduction in content availability hit the multiplexes the hardest. With more screens to fill and less to fill them with, plus a reliance on the rationed Hollywood blockbusters, it is not altogether surprising that the UK’s top exhibitors: Cineworld, ODEON and Vue chose to shut their doors completely (Cineworld) or drastically limit their opening hours and locations. With the vast majority of films being released now from smaller independent distributors, smaller cinemas benefited from audiences who were used to (and happier to) see a wider range of films. Customer loyalty and support towards their local businesses also contributed to the independents’ success.

The three multiplex chains usually hover between 20-23% of the UK market each however all three dipped in 2020 to 19-20%. Cineworld took the biggest hit due to their total closure from 9th October with an 11% decrease on 2019. The independent chains made large gains: Everyman a 44% increase gaining 1.3% points on the total market, and Curzon (who had great success early in the year with their own film, “Parasite”) jumping 27.5% year on year.

For those who did choose to open, there were of course highlights during the past year. Irish cinema chain Movies@ enjoyed a brief spot as the #1 exhibitor Worldwide in early July thanks to the sheer volume of choice for their audience – and a lot of hard work from owner Graham Spurling. “We had 56 pictures in a week” Graham explained. “I worked on the premise of giving people choice. If you can show 4 films per day and you have 12 screens, that’s 48 choices. We were limited to a maximum of 50 people per show (in some cases much less) and when we first re-opened we were doing 25% of the same week of the previous year, not only with no blockbusters, but comparing to a month which had several of the biggest films of the year”.

The concessions spend was also healthy according to Spurling, but perhaps most importantly, both he and the audience “loved it”.

“It was like the good old days” he recalls. And the hard work certainly paid off: by the time “Tenet” was released the audience were used to visiting again. In the first four days of the films’ release, he sold out all sixty of his shows.

Another new factor in the years’ box office results was the growth in Drive In cinemas from, well, zero. 31 venues opened up, contributing £1.6m to the box office. Top of the charts was The Drive In London – a venue in North London set up by the Troubadour theatre company taking over £900,000 of this: £115,000 on “Tenet” and £65,000 on “Bad Boys For Life” alone.

Post summer, the UK box office began to fall behind that of its European neighbours who enjoyed their normal success of local titles in a way that the UK struggled to match. There were some standouts however: Studio Canal’s “Saint Maud” – nominated for a haul of BIFA and London Critics Circle awards netted an impressive £850k, and Altitude’s documentary “David Attenborough: A Life On Our Planet” £450,000 from a single night plus a few encore screenings.

Some studios didn’t entirely abandon their UK releases with titles such as Warner Bros’ “Bill and Ted Face the Music”; “Cats and Dogs: Paws Unite” and of course “Wonder Woman” still receiving wide theatrical releases and generating sufficient revenue to place them in the post lockdown (1) top 10. Disney’s “The New Mutants” and Paramount’s “Pixie” were welcome additions but struggled financially with confusing and ever changing tier restrictions opening and shutting cinemas on a whim. As Movies@ discovered, cinema needs to be habitual and consistent.

There were several successful new releases, some of which took everyone by surprise. Altitude were first out of the blocks in July with a mainstream release: “Unhinged” which has scored an impressive £2m. Family titles “100% Wolf” from Vertigo and eOne’s “Two By Two: Overboard!” demonstrated the willingness of families to return to cinema for entertainment, and arguably the year’s biggest surprise was “After We Collided”: a film no adult but every teen had seemingly heard of. With little to no marketing campaign other than an enviable large – and energised – fanbase, distributor Shear Entertainment guided the pic to £4m at the box office.

We enter 2021 in familiar territory: a nationwide lockdown with all cinemas shut until March at the very earliest. Exhibitors have now grown accustomed to release date moves and with shutters down, it will actually come as some relief that the Q1 & 2 titles are being pushed to later in the year, so they are poised to take advantage when the recovery is well under-way.

2020 shone a light on an over-reliance on studio content in the UK, the need for consistency, and the opportunities to truly grow and develop audiences to ensure that we don’t ever end up in situation again should the studio tap be turned off.

There is a lot to look forward to however, despite the current challenging circumstances. Cinema owners can look to territories such as China, Korea and Japan where business levels have returned to – or exceeded – pre-pandemic levels. The audiences are there when the movies are there. It is now up to the work of the vaccine roll out to restore confidence levels to content suppliers and audiences alike.