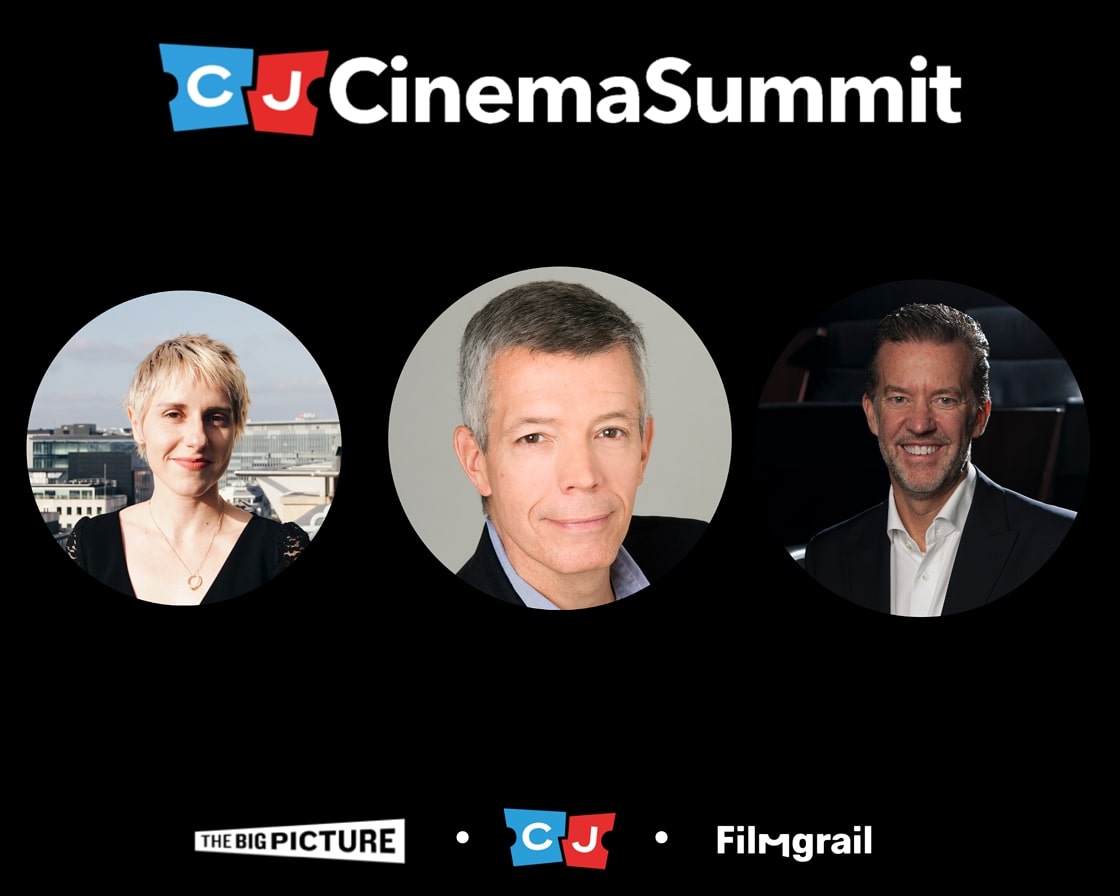 There have been many recurring guest speakers during the past 37 CJ Cinema Summits. UNIC’s Laura Houlgatte, Warner Bros.’ Andrew Cripps and VUE’s Tim Richards are no strangers to the CJ stage, and on Thursday provided valuable insights into the challenges that the industry has faced over the past 15 months. For this session however, a different tone was struck. Gone was the speculation and the uncertainty to be replaced with a degree of realism surrounding current circumstances, and a great deal of optimism based on consumer sentiment and behaviour.

Over the past year we have had to get used to uncomfortable discussions which may previously have been held behind closed doors or in an official environment, such as a trade-show round table. Windows, data and transparency, mergers and acquisitions, liquidity and company cash flow are now part of frank and honest conversations, in order for all sides to work together collaboratively for the collective good of the industry.

The backdrop to this conversation was quite different to previous times the trio have been guests. This week cinemas in the UK and France have reopened to quite spectacular box office numbers with the UK having grossed over $5m since Monday and France playing to packed out theaters, despite capacity limits in both territories. And unlike the period of re-opening last Summer (Tenet aside) the big films are now there to draw in audiences: Peter Rabbit 2; Spiral: From Book of Saw; Godzilla Vs Kong; Nomadland to name but a few examples. “This isn’t another false start,” observes Richards. And you can’t help but agree.

It’s worth reminding ourselves that pre-pandemic, the industry was in great shape. “We weren’t a broken industry,” Richards reminds us. “$42bn in 2019 – this was an industry that was growing, going from strength to strength.” Going into this crisis from a position of strength has certainly helped. “Cinemas have remained resilient, and not many have closed,” notes UNIC’s Laura Holgatte. Whilst there are still a number of key European territories yet to reopen, she notes that when they do, they are able to hit the ground running: “we have tested the health and safety protocols last year. Audiences feel safe. Now we can bring them back with a great lineup of films.”

That is certainly one key difference from the summer 2020 reopening: the content is there in droves. France alone has a backlog of 450 titles needing a theatrical release. UNIC are appreciative of the fact that most films haven’t gone straight to VOD or other streaming services during the past year (a real possibility when recalling the conversations being had during April 2020) and that the industry still largely acknowledge the role of theatrical exclusivity in a films’ release plans. 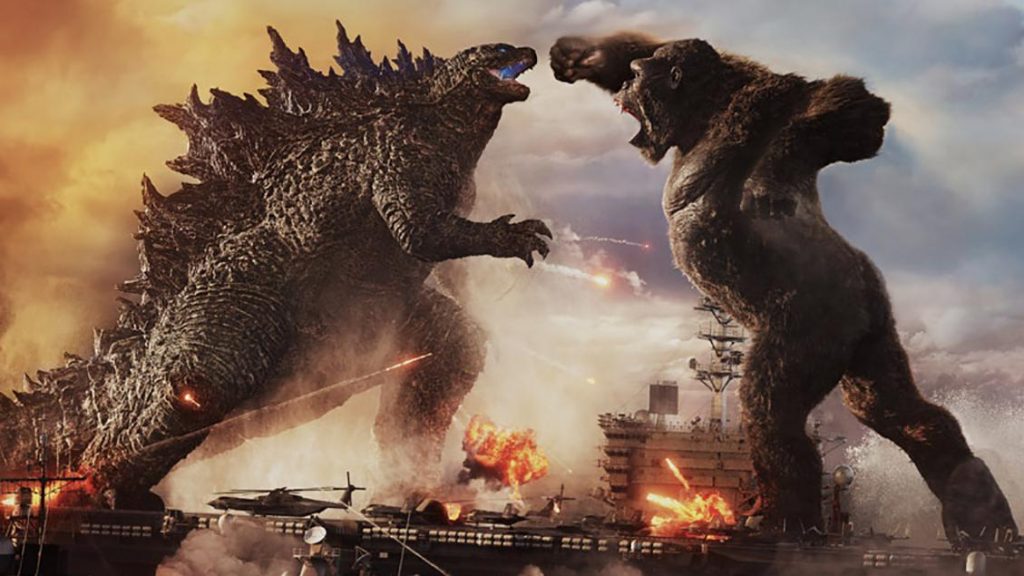 This includes Warner Bros., despite their current 2021 domestic day and date strategy. Cutting straight to the chase, “there will be an exclusive theatrical window in 2022,” Andrew Cripps informed the CJCinemaSummit attendees. Warner Bros. have been quite clear from the offset that the current day-and-date HBO Max strategy (in the domestic market only) is a reaction to the current pandemic. And the long awaited ‘Dune’ will not be an international day and date release.

“We can’t take anything that happened in the past twelve months as anything other than survival,” says Richards. “We can’t learn anything from it about the state of the industry going forward.” As the dust begins to settle and (albeit reduced) windows are still in existence, this does indeed appear to be the case.

Indeed, despite current strategy no one can question Warner Bros.’ commitment to theatrical. The studio will have released no less than nine tentpole titles throughout the pandemic, a number that other studios don’t even come close to.

“In retrospect we got lucky with the timing on Tenet,” recalls Cripps. The film has taken $310m internationally and was released with “one hand behind their back” with key markets still closed and capacity limits in place in others. Godzilla Vs Kong has taken $330m and counting, with key markets such as Japan and Germany still to open. Comparing the financial success to previous titles right now is therefore largely pointless and is in Cripps opinion is “completely unfair” but it really does indicate that there is demand for the cinema. “We don’t know what the longer term consumer habits are going to be,” he notes. “Instead of [the pandemic] converting people to streaming full time, they are now sick of it. We have seen it time and time again in China, in Japan with Demon Slayer… people want to get out of the house”.

What the pandemic has perhaps done though, is re-shaped the cinema business from an ‘opening weekend’ model to a 7 day a week business. This is a huge win for all involved, with huge commercial upsides for all parties. It also helps to address the backlog of releases that would struggle to find space in cinemas if the only trading days worth releasing theatrically for was the opening weekend.

“Even though you have 3 years worth of movies dated in 18 months, they are all reasonably spaced,” Richards points out. “It’s a very rational market. There are relatively few weeks where it is very competitive” Cripps adds.

Despite the predicted amazing box office summer onwards, Richards points out that it won’t be a quick turnaround for the chain. It will be Q3 2023 by the time he expects VUE to be back on track – they’ll have lost almost four years. “All companies are incredibly bruised,” he comments. “We’ve had 14 months of a horrific situation. Most of our conversations are about liquidity – how do we get through the next month, year… we need to focus on a strong capital base”.

Their emphasis going forward will be “back to basics – site, screen and sound.” The company has already seen the impact of recliner seats and so they will be rolling out a further 25,000 new seats in the next 18 months, and investing in digital kiosks. Cripps also notes that “it will take investment” for us to get back to normal.

Despite what the media would have us believe, what Richards and Cripps have demonstrated is that relationships between exhibition and distribution are as strong as they’ve ever been. “The last year was tough – everyone pitched in and Warner Bros. stepped up,” comments Richards. “We need to work closely together,” adds Cripps. “There has to be more sharing of information, cooperation and investment in cinema. The signs are positive.” Warner Bros. continues to be a supporter of the premium experience be it IMAX, 4DX, Dolby or other PLFs, and the cinemas continue to invest in new technologies. “The Middle East [a relatively new market] has some of the best screens in the world. Vox and AMC have done a terrific job of building first class cinemas,” he adds.

The two sides share similar views on the inevitable structural changes in the industry too. “We can expect more consolidation in the distribution and exhibition space,” predicts Cripps. And whilst VUE’s “buying” days are on the back burner for the time being, Richards absolutely agrees that there “will be more consolidation and vertical integration,” but this is something “we probably won’t see a great deal of until 2022.”

Richards’ closing remarks sum up the past year. “We’ve all been to hell and back and have remained good friends. We’ve got each others backs”.

“It will take time but the pandemic will go” adds Cripps. “I look forward with great optimism.”

When you think about it, there is little surprise that a studio founded in 1918 to play films to live audiences in theatres has survived for over a hundred years by nurturing partnerships and relationships with those theatres. In essence, nothing has really changed. The 2020 pandemic will soon be consigned to a chapter in cinema history which led to a resurgence in the movie going experience.