Given the struggle facing international cinema exhibition it’s a real challenge to find a silver lining, especially amongst the latest spate of films decamping to 2021 or heading straight to streaming. Operators are going through a time of crisis and for some, switching the lights on isn’t economically viable at the moment. But innovation is fast becoming the name of the game and so, there is hope.

For those who have said they’ll keep their doors open (whether for the time being or for the long haul) adaptation and creativity has never been more important. Privately renting a cinema screen is certainly not a new concept and a previous Celluloid Junkie article explored Sweden and South Korea’s success earlier in the pandemic with exactly this. But how have these rentals been going for the cinemas offering them? And what other functions are suitable, and easily logistically translatable, for a cinema to pivot to?

No Time to Wait …for Content
With the constantly-shifting goalposts, Head of Sales for Everyman, Danielle Hughes’ initial concern was further shifting government advice and ensuing cancellations and refunds. She said, “We were being cautious but now in light of Bond moving [to April 2021] we’re far more flexible – and have more availability to accommodate the requests that are coming in.”

Hughes went on to say, “[Private rentals] have allowed us to not only explore another financial avenue but to keep building rapport with our customers.”

Gamers Gotta Game
For Movies@ Cinemas in Ireland, a private rental model has been a great success (prior to the government-enforced, six-week closure) and brought in as much as 30% of overall revenue. Although not a new venture for the Movies@ team, they’ve been approaching it in a much more front-footed way since early July.

Director Graham Spurling said, “We’ve had a big interest from people who either want to bring their own DVDs to watch or games consoles to play. Gaming has been really popular, constituting as much as 75% of our overall private bookings and can run for long periods of time which is reflected in their F&B (food & beverage) spend. But for film watching bookings it’s literally just room hire, meaning no [distribution or other] additional costs for us.”

And at the moment, private rentals are currently bringing in 100% of revenue for the company. Showing how they’re moving with the fast-changing landscape and since the recent closure was implemented, Movies@ has been working with local schools to accommodate classroom learning in all four of its venues. Several schools in each area have been booking the use of facilities, with more coming on board each week.

Courtrooms…
Looking to the short-to-mid term future, and in a different but particularly innovative direction, ODEON has recently formed a new arrangement with the Scottish Justice System. Due to an ever-growing backlog of court cases, five screens at the Fort Kinnaird retail park site, Edinburgh, began hosting juries from the end of September to try to help with easing some of the burden. Pre-pandemic 390 cases were waiting to be heard but this number had reached 750 by the end of August.

Acting as a virtual courtroom each screen can accommodate fifteen socially-distanced jurors who appear on a video wall. And the remote “virtual jury centres” have received £5.5 million from the Scottish Government and will continue for six months, with an option to extend this for longer if necessary. Those involved in the court cases directly, including family members and the media, will be based in a courtroom, dictated by numbers and the ability to socially distance with the ensuing case being streamed to the cinema screens.

Director of the Judicial Office for Scotland, Tim Barraclough, said, “It has been an excellent collaborative effort, and the Scottish Courts and Tribunals Service (SCTS) staff have been working extremely hard to ensure that the vision is delivered.” 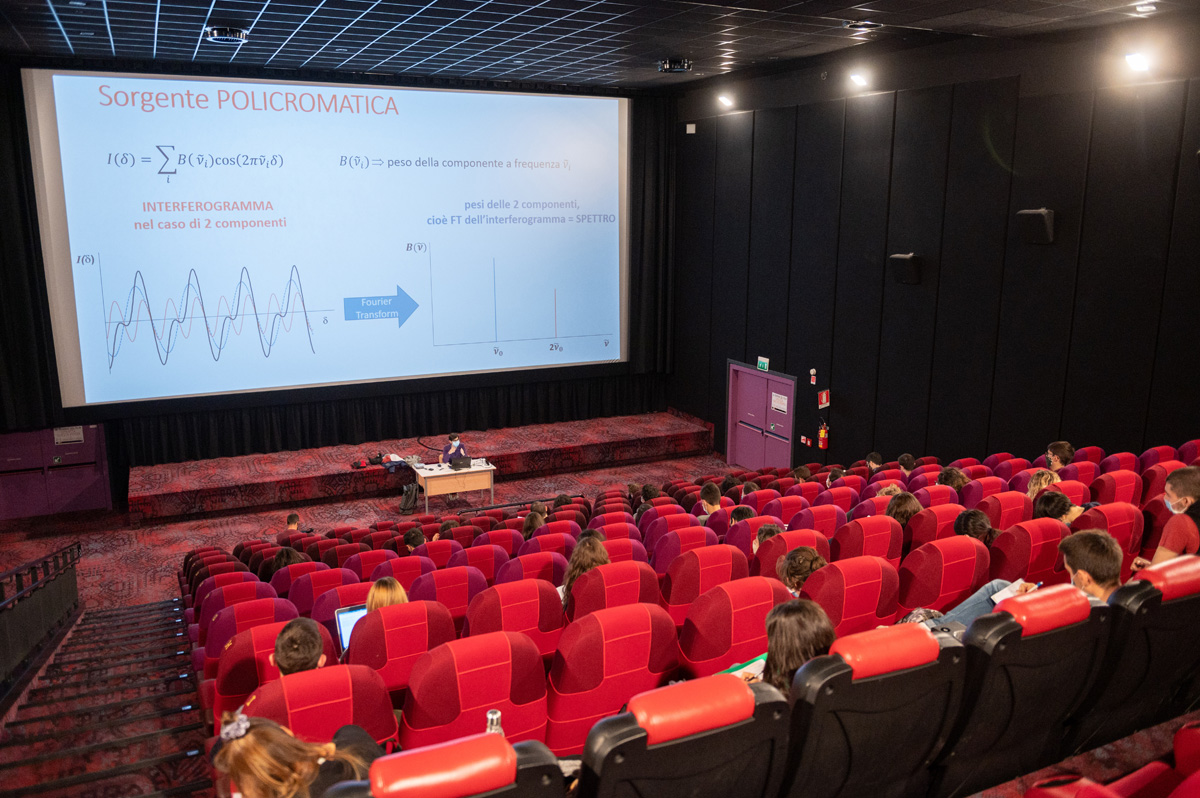 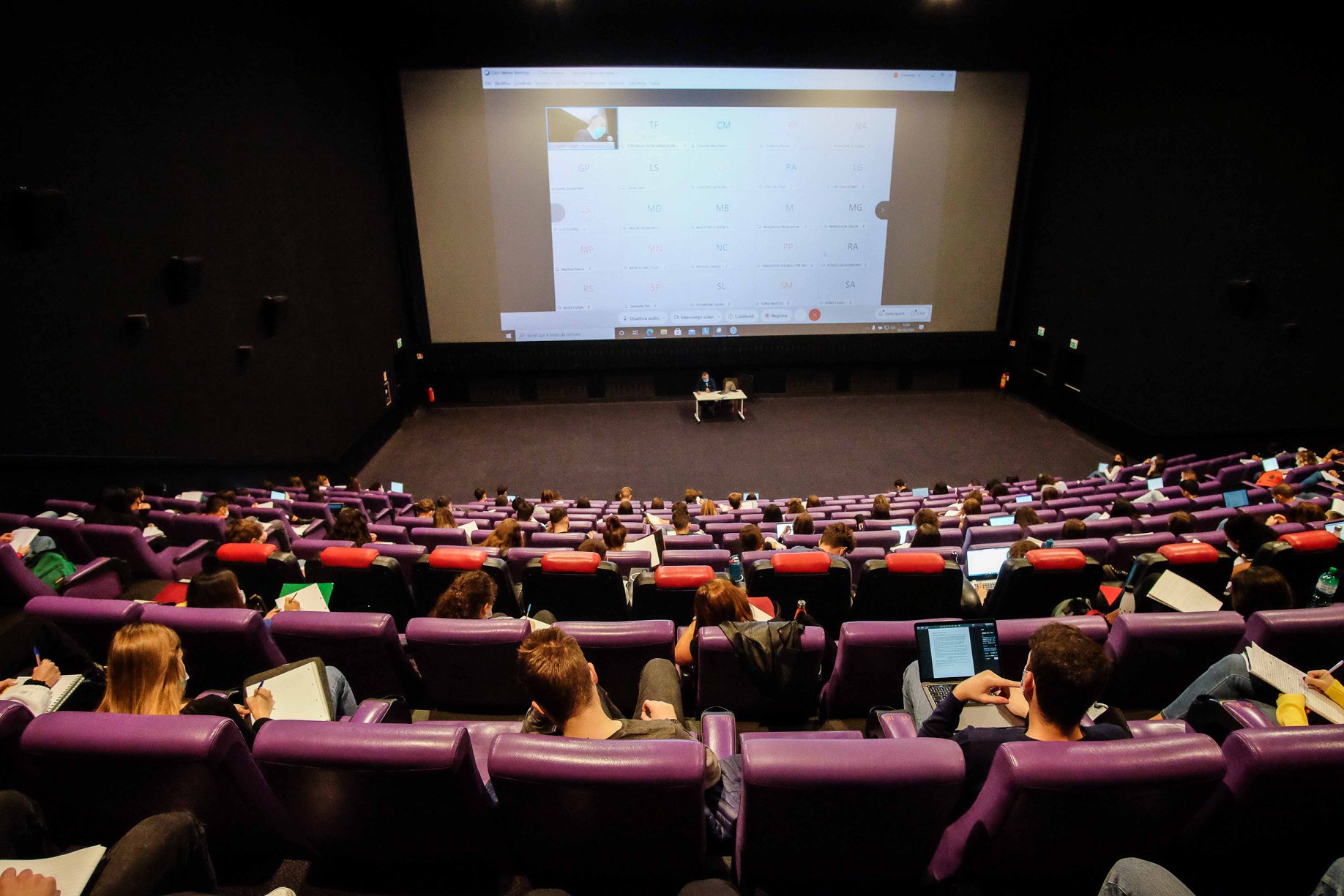 …and More (Virtual) Classrooms
In a similarly creative vein, Vue International’s Italian branch, The Space Cinema, has been working with universities in Florence and Parma to host virtual lectures. Francesco Di Cola, Sales and Screen Content Director, said of the feedback received so far from students and teachers, “They feel safe with the procedures we have in place and they’re happy with the quality of the structure we’re offering.”

Di Cola continued, “We believe this might be a good solution for the short emergency terms, but is also an interesting opportunity in the long run to integrate usual school lessons with educational programs that can include special content, and digital conferences hosting speakers from all over the world.” 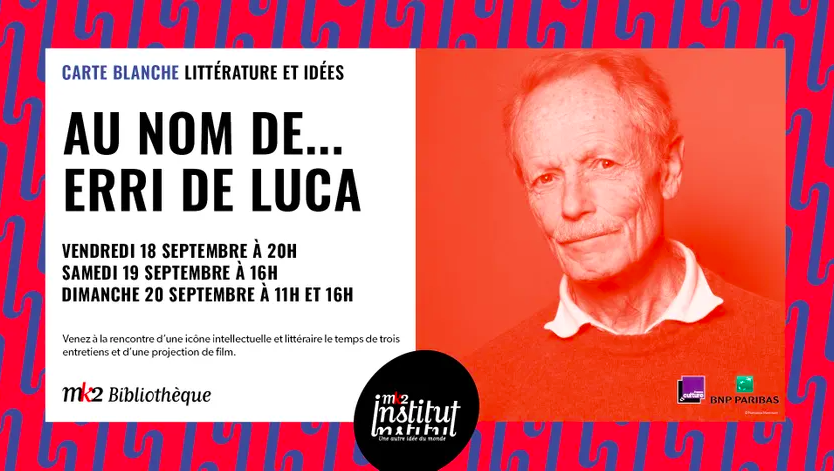 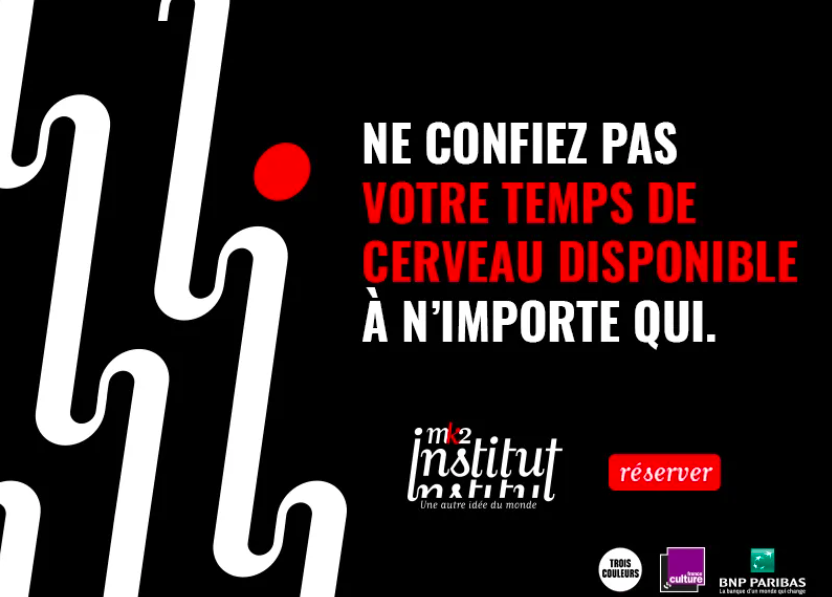 In France, MK2, in partnership with France Culture, has also taken an educational approach to transforming its facilities. Publishing a programme of talks, conferences and debates beginning in September of this year, MK2’s facilities are being used as virtual lecture halls through to June 2021.

And in the Netherlands Head of Sales & Events for Vue Cinemas, Albert Schoemaker, put out a call to the Dutch Ministry of Education, advocating for the use of cinemas as classrooms. But they’re not the only ones to be adapting to the Covid times in Holland.

Doron Kurz, Director of Commerce for Pathé NL, has been extremely pleased with the take up of private bookings. Again, gaming is a success story here with a personal games console being brought in to a Pathé NL cinema and plugged into the projector where they can play for a minimum two-hour slot.

Global Creativity
And it’s certainly not just European cinema operators who are trialling different functions. Stateside, two of the biggest players have recently embarked on their own private rental deals. AMC is offering auditorium rental from just $99, with Cinemark offering your own “Private Watch Party” with hire fees of $99-175 (plus relevant taxes and online booking fees), depending on the size of screen.

But they’re not the only ones. US-based Star Cinema Grill (SCG) isn’t new to private rentals but is now fully embracing them. SCG puts the success of its rental bookings so far to its flexible approach. With a wide range of packages, some including F&B options, there’s something for everyone. Noel Luna, Director of Operations, commented, “We work hard to accommodate every request and timetable. Our cinemas have multiple auditoriums, providing the opportunity to usually have a venue available. Having multiple packages and affordable options has made our rentals quite popular.”

Texas-based Alamo Drafthouse’s story with private rentals – given the moniker “Your Own Private Alamo”, a play on the 1991 Gus Van Sant film “My Own Private Idaho” – has also brought in substantial levels of revenue. An Alamo Drafthouse spokesperson said of tough times for cinemas, “The personal theater offering has been a glimmer of hope. We book hundreds of events each week and they constitute about 30% of our topline revenue. Alas, the topline revenue is dramatically reduced. Nonetheless, personal theater sessions have resonated with our guests.”

So, Is It Worth It?
After speaking to a variety of exhibitors on several continents about their foray into private rentals and experimenting with different functions, all customer and management feedback was positive. Customers are enjoying the big screen experience but in smaller, sometimes safer-feeling, groups while maintaining that relationship with their local exhibitor. And providing some much needed revenue.

Notably, the marketing effort across the board invested in these ventures was minimal, with social media and a company website doing all the heavy lifting, with positive word-of-mouth often resulted in new bookings. Prior to the current closures in Ireland, Movies@ utilised a pre-trailer slot to advertise to those already in their audiences but found that private rentals needed no huge campaign around them to push the message.

As Pathé NL’s Doron Kurz said, “We’re providing a platform and service that people are clearly urgently looking for.”

And it’s true that multiplex venues have the facilities to work around customer requests and to accommodate multiple screenings at any one time, whereas this is far more of a challenge for smaller, independent screens. But could a set fee for a two-plus hour hire make a quieter, early-week morning more financially viable, perhaps?

For each exhibitor though, one thing was clear – adaptation is critical for those who will survive this period. Times are certainly changing and certainly challenging, but cinema operators are doing everything they can to change with them.