Forty-one territories later, Warner Bros’ long-awaited and much anticipated “Tenet” did more than predicted. Outside of America’s domestic market, Christopher Nolan’s big screen metaphysical action film grossed $53m during a five day opening weekend. Screens opening on August 26th lead to a nice long run, particularly in the UK where the Bank Holiday and cancellation of the annual Notting Hill Carnival may have given people eager for spectacle an extra reason to get to a cinema – or even an IMAX which claimed $5m of that $53m – near them. We’re talking 32 markets in Europe, the Middle East and Africa and over 20,000 screens. It’s taken United Kingdom to the box office top with USD $7.1 million, in France USD $6.7 million, South Korea USD $5.1 million and Germany USD $4.2 million. It’s opened in Canada at number 1 in the box office with estimated takings of USD $4million.

Toby Emmerich, Warner Bros. Pictures Group chairman, reiterated that re-opening cinemas in a pandemic is “a marathon not a sprint” – joy for “Tenet” is a byproduct of the planned rolling out of this year’s first hotly anticipated event film. Projected earnings were anywhere from USD $20 million (please) to USD $40 million, so USD $53 million isn’t shabby. And there are, from my Twitter feed anyway, so many who really want to see it but are wary of going out in general, mainly for sheltering relatives rather than the cinema-lovers themselves.

But Warners is being cagey – the name of the game when reopening physical theatres with studio product – by initially not reporting earnings from Canadian grosses. So far, the response to “Tenet” is strong enough to hold the theatrical doors open for “Wonder Woman 1984” to stay in this year and not time-hop to 2021. Disney will be watching too, and allowing us to enjoy the wonders of “Black Widow” in 6 November. There’s enough to look forward to in 2021 but, as the old saying goes, instant gratification takes too long.

Next weekend will be the big tell for “Tenet”. Carefully curated, lovingly prepared and cunningly shifted in the release schedule until the risks were balanced, “Tenet” could have a long life. As Scott Mendelson reported in Forbes, “As a general rule, Nolan’s films are generally quite leggy.” So the plan is for Tenet to keep reaping the audiences, dazzling them with a sensational leading cast, exquisite action and VFX. It’s a cliché but it looks great in the marketing: Empire scribe Nick de Semlyen called “Tenet” “James Bond on acid.” It is James Bond Incepted: all the sexiness of Bond with none of the where-can-I-buy-those gadgets for which the franchise is so beloved. 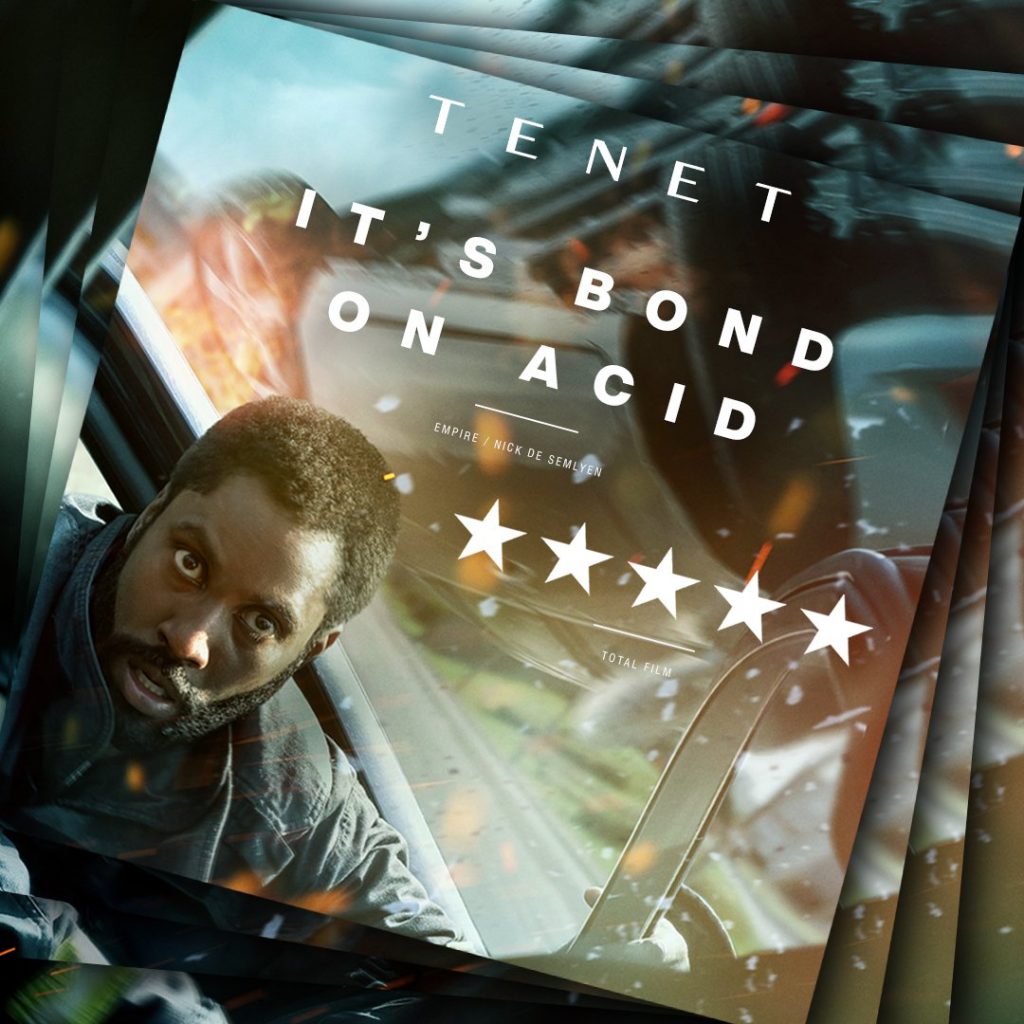 Having reported on the workings of Gower Street Analytics, the leading company in planning release dates for studios and large independents, how, when and where to release a film has never been trickier. Gower, which works with Comscore data, uses highly-calibrated software and human experts to determine a variety of scenarios for any given title. So, while it is unusual for any film to open everywhere at once, there are few templates for a film’s debut. A pandemic clouds the crystal ball of even the most experienced filmmakers. As Gower Street’s “Road To Recovery” reports predicted, the rollout of returning to theatrical business is a stage by stage process.

In pre-COVID takings, “Tenet” may be USD $13 million below “Dunkirk’s” opening in the UK and “Interstellar’s” as well as “Inception’s” which both came in at USD $8.5 million. But it is only 25% behind “Interstellar’s” 2014 opening in the UK. It’s performed well in France, is the least-favoured of Nolan’s films so far in South Korea (they loved “Interstellar” best), and second only to “Inception” in Germany. So even with USD $40 million domestic box office in America, “Tenet” would do well. The last three Nolan films took USD $47 million to USD $63 million against tough competition and no COVID-19. “Tenet” has however become Nolan’s largest debut in smaller markets like Ukraine, Hungary and Holland, as well as he largest Hollywood opening in Saudi Arabia.

Of course, box office watchers are going to bring up the “it had better make $800m or we’re all doomed” comments mooted around the Internet in previous months. “Tenet’s” production budget is a reported USD $200 million. It’s probably more, with reshoots, and marketing and analysis isn’t cheap either. What history will note is that no matter what happens with “Tenet”, it’s a sensational beast on the big screen. It’s not a film designed for your iPhone but if you want to, you can probably do that in a year’s time.

Analysis of dailies (none have been reported as of this writing) has yet to show if “Tenet’s” opening is more from a desire to get to the big screen, that friends saw it or that cinemas are still a place of wary attendance. Whatever is revealed eventually, Warners played a good hand at putting international release before domestic. As for it’s legs, time will tell – and that means next weekend where it will blossom in America, Russia and China, the latter of which has had a profoundly good resurgence of ticket sales since lockdown. It’s almost like the old days when the movies were the movies: an event that everyone wanted to attend. It may be showing at 30% to 50% capacity but still “Tenet” is the only game in town. But what a game.