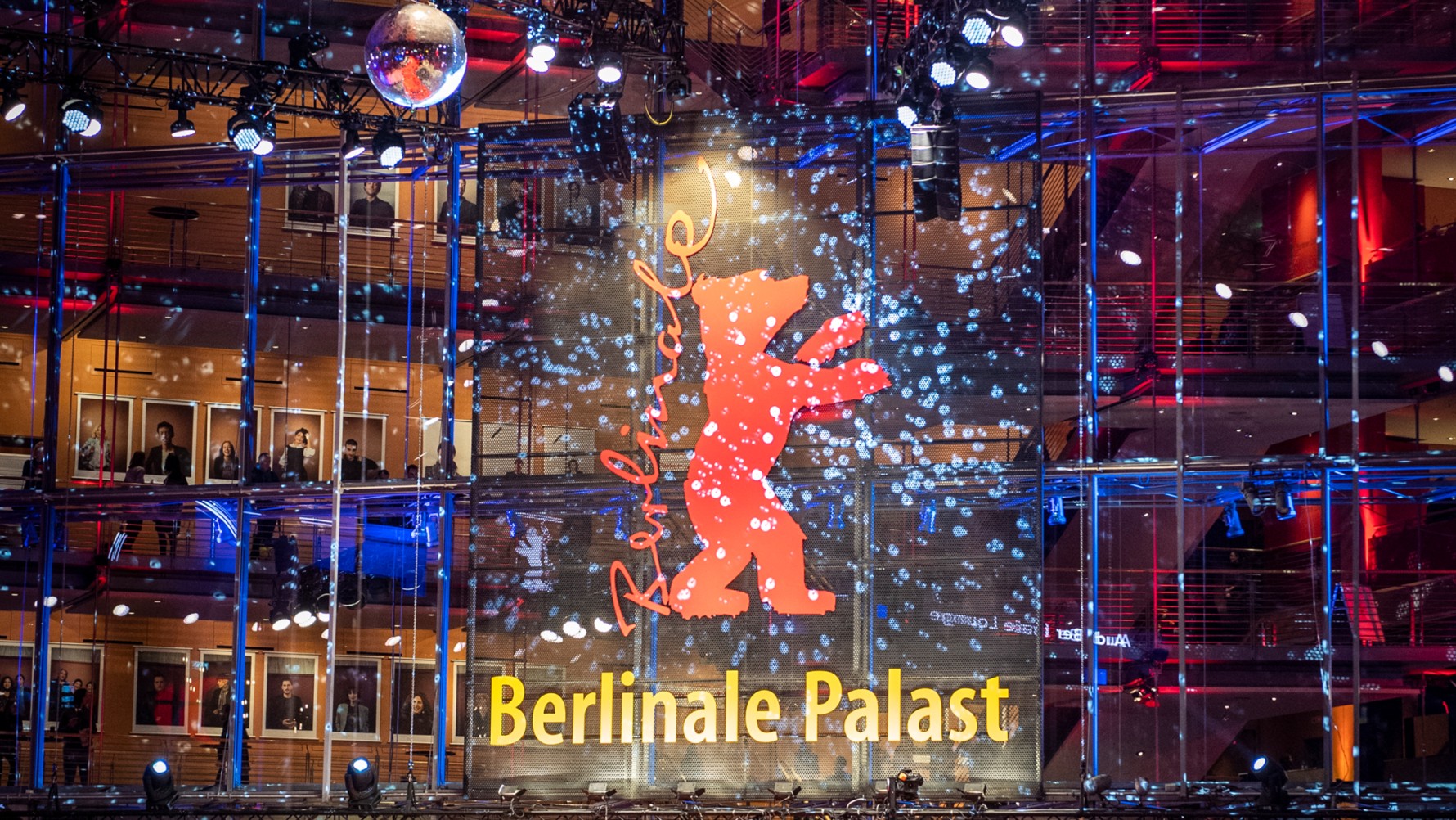 The Berlin Film Festival might be the luckiest festival in the world. The very last major international film festival outside the pandemic, Berlinale 2020, ended one day before the city’s first official Covid-19 case was recorded. Before then, it had sold 330,000 tickets, hosted over 18,500 film industry delegates and 3,500 journalists from 132 countries and held countless parties and red carpets. By 2021, Covid-19 concerns forced the festival to go virtual and for the first time in ten years, attendance dropped. Between the 2020 and 2021 edition, numbers fell by 30%.

So it was with cautious commitment that Berlinale 2022 returned in a hybrid format used by a smattering of other global festivals. The European Film Market (EFM) stayed online as it had the year before. Talks and screenings, however, were in person but in limited capacity with awards given out on 16 February, four days before the festival’s official end. For the eager public, films continued to screen right to 20 February. Real life is important in Berlin, so much so that at the downplayed opening gala, Claudia Roth, Germany’s minister for culture and media, made a plea for exhibition cinema as part of human society and political democracy: “Without this, we don’t just lose one another, we lose ourselves.”

Strict COVID security measures may have kept many away, but this year’s three-step system was easy and effective. Fabric masks were verboten but 2G-masks (preferably the PPF2) de rigueur. To attend a press or industry screening or any event held indoors (including entering the Hyatt or the Berlinale Palast) the official lanyard-badge was a must-have. Proof of a negative daily COVID test was the only way to get that day’s essential wristband – an effective process used by every film production in the last two years. With antigen result emails sent in 15 minutes, attendees could catch a pour-over at The Barn between an 8:15am swab and a 9am screening at the Palast or nearby Cinemaxx. Venues’ assigned seating capacity capped off at 50%, suiting critics who dislike sitting next to anyone anyway. In total, the festival logged 128 positive COVID cases from 10,938 daily tests, those taken mainly at stations around the festival hub. Despite the current Omicron variant, the relative safety of attending the Berlinale 2022 was unquestionable.

The festival was not its old self in more mundane ways too. The normally coveted press swag was a tiny orangey-red fanny pack/bumbag – not a patch on the mighty Berlinale bags of yore and a far cry from the sensational vinyl messenger tote of 2007. The official press pit, located in the open basement of the Berlinale Palast, was lovingly memed as a burlesque stage on social media. Wifi, electrical outlets, chairs and tables were provided as were continual wintery blasts from the Palast doors above. This kept journalists swathed in coats, hats and gloves, making the scene more “Ice Station Zebra” than “Magic Mike”.

While some gathered at The Barn, the Hyatt and the surprisingly affordable bar at The Ritz, red carpet and conference buzz was low. Parties were private and unofficial. What talk there was seemed to revolve more around documentaries and emerging filmmakers. Outside of Berlinale regular Sigourney Weaver appearing on film only as a supporting player in Phyllis Nagy’s “Call Jane”, the only American glamour came in the form of Colson Baker, aka rapper Machine Gun Kelly, popping up in real life for Tim Sutton’s “Taurus”. Emma Thompson and Juliette Binoche were present in real life to support their respective films “Good Luck To You, Leo Grande” and “Both Side of the Blade”. Positive tests also kept away Isabelle Huppert – who was to receive an Honorary Golden Bear, Isabelle Adjani and Hanna Schygulla who were to support the opening film.

But a buzz did exist around tickets and a sure sign of a hit was the inability to book tickets until more screenings were supplied, requiring frequent reloading of the booking page. Venues throughout the city were in quality cinemas with good HVAC, projection and sound facilities. Initially sold out films included Mikhaël Hers’ “The Passengers of the Night” starring Charlotte Gainsborough and the ExBerliner magazine Golden Bear pick “Nana: Before, Now & Then” by Indonesian second generation filmmaker Kamila Andini. (While it didn’t score the Golden Bear, it did grab Best Supporting Performer for Laura Basuki).

Other word of mouth favourites were the Phyllis Nagy’s “Call Jane” starring Sigourney Weaver, Elizabeth Banks and Aida Turturro – the only American film in competition. Referred to colloquially as “the George Bush film”, the rousing comedy/political drama “Rabiye Kurnaz vs George W Bush” was a highlight of a grey zeitgeist. Naturally, the festival opener “Peter von Kant”, based on R.W. Fassbinder’s “Petra von Kant”, caused the first wave rush for tickets. As with any film by Francois Ozon, it had critics talking as if they knew more than the director. Retrospective “No Angels – Mae West, Rosalind Russell & Carole Lombard”, postponed from 2021, was wildly popular, with sold out ticket sales from public and industry alike.

Carla Simon won Best Director for “Alcarrás”. “Rabiye Kurnaz vs George W Bush” took Best Screenplay for writer Laila Stieler and Best Lead Performer for “Meltem Kaptan”, a Cologne-based comedian, whose turn as the unstoppable Turkish/German mother trying to wrest her son from Guantanamo was one of the most memorable of the festival. A special jury prize was also awarded director Natalia López’s “Robe of Gems”, a debut set in rural Mexico. Best Supporting Performance was won by Laura Basuki for the haunting and surprising “Nada: Before, Now & Then” by Indonesian filmmaker Kamila Andini.

As a “serious” festival for global films (and TV series), emerging filmmakers and documentarists, Berlin is also an important platform for German output. With two local films in competition – “AEIOU” and crowdpleaser “Rabiye Kurnaz vs George W Bush” – more than 130 German co- and productions were screened across both the festival and EFM. Berlinale 2022 Programme featured a total of 256 films compared to 166 in 2021. Overall this low-key-by-necessity festival was welcomed as being the next best thing to the good old days.

The EFM platform was quite a success, online and still attracting almost 600 exhibitors (compared to 2021’s 504) from 62 countries. There were 1,300 market screenings seeing an increase of 827 films from 821 in the year before. Market premieres topped out at almost 600 from last year’s 578. Companies from Costa Rica, Malaysia, Mongolia and Uruguay were among the debut exhibitors. Sony’s purchase of “A Man Called Otto”, a Tom Hanks comedy, set a Berlin market record at $60M.

“Drii Winter” (aka “A Piece of Sky”) directed by Michael Koch – a meditative, alarming family drama set in the beautiful but demanding remoteness of an Alpine farming community. Hay delivery from a mountain top has never been more cinematic.

“Nada: Before, Now & Then” directed by Kamila Andini – beginning like a Apichatpong Weerasethakul film and continuing with the sheen of Won Kar-wai, this is a lyrical, surprising and insightful film about love, self containment and intuitive choices set in Indonesia of the mid 1960s. Who knew about Indonesian format dances at house parties?

“Rabiye Kurnaz vs George W Bush” by director Andreas Dresen is a comedic and pacy Borat-Goes-To-Washington twist on a tragic true story of a German/Turkish man caught in the snare of Guantanamo. A serious tragedy designed to make us laugh.

“El Norte Sobre El Vacío” (aka “Northern Skies Over Empty Space”) by Alejandra Márquez Abella is a stunningly-shot, immaculate drama based on a true story of a rancher fighting for his land and family in the outland of rural Mexico. Visually arresting.

“Les Passengers de la Nuit” (“The Passengers of the Night”) by Mikhaël Hers features Charlotte Gainsbourg as a stressed out newly divorced woman growing into her own life against the backdrop of Parisian tower blocks. A total love letter to Paris of the 80s.

“Call Jane” by director Phyllis Nagy features a stellar cast and a passionate if slightly idealised tale of illegal abortions in Chicago of the 1960s. Compelling and notable.