How Patrons Are Supporting Cinemas Around the World

The film industry, and exhibition in particular, is in a state of flux. With the US box office reporting $0 for the first time, exhibitors of all sizes around the world are going to find the next few months difficult, despite the few bright spots, such as the resurgence of socially-distancing friendly drive-in movie theatres.

There is no doubt that we will emerge from this with a very different landscape than we began, but not all is doom and gloom. Now is the time to remind the public about the importance of the escapism and shared communal experience that you only get by going to the movies. In the words of director Christopher Nolan in a recent op-ed, ‘When this crisis passes, the need for collective human engagement, the need to live and love and laugh and cry together, will be more powerful than ever. But in order to get to that point, the cinemas need to survive, so setting aside government funding and other industry initiatives, let’s take a look some of the most creative and innovative ways that individual cinemas around the world are supporting themselves during this time of crisis.

The developing relationship between exhibitors and VoD platforms has been one of the most fascinating elements of the forced cinema closures. There have been so many outstanding examples of partnerships between the two that Celluloid Junkie has dedicated an entire separate article to them, which can be found here. Suffice it to say, the changing relationship between exhibition and VoD platforms could be one of the more disruptive and enduring legacies to come from this period, and ironically, streaming content could be the saviour of many independent cinemas.

One of the easiest and most straightforward ways to support a local cinema is through gift cards / vouchers and memberships. Purchasing a gift card not only financially supports a cinema, but shows the intention that the customer will return, even if they don’t know exactly when. The same holds true for memberships. Not only does it support the cinema financially, the customer benefits with discounts, free tickets and other perks.

In Italy, an initiative supported by CulturaItaliae and meetCULTURA, has taken vouchers to the next level with their ‘Biglietto Sospeso’, or ‘Suspended Ticket’, campaign. Designed to support all cultural institutions, including participating cinemas, consumers are encouraged to purchase tickets to the cultural institution of their choice, but rather than gaining entrance, the ticket provides support to the institution so they can reopen or continue when movement restrictions are lifted. 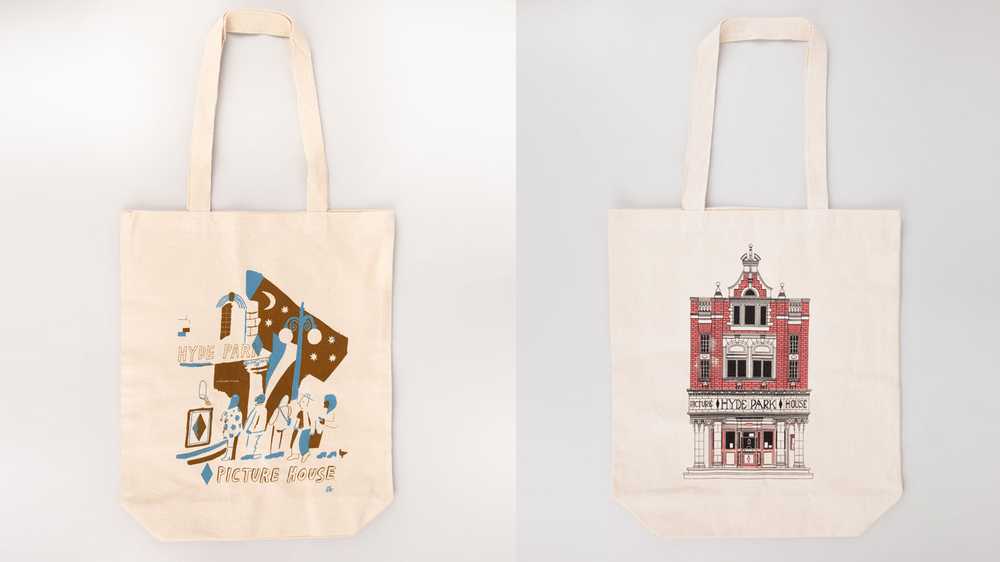 Cinema merchandise can also be a way of providing support to a cinema. Not only does it provide financial support, but it also works from a marketing perspective, increasing a cinema’s public profile with items like t-shirts and tote bags.

Some cinemas, such as The Projector in Singapore, are getting creative with their merchandise opportunities, creating an ‘Adopt-A-Seat’ initiative, which allows customers to have their name or text of their choice immortalised on an auditorium seat. The Arena Cinelounge in Los Angeles has a range of exclusive popcorns with movie-themed names such as Natural Corn Killers (naked with sea salt for those who are curious) available through their website, local retailers and delivery apps.

In Utah, Megaplex Theaters is bringing their snacks to the people. Through their mobile app, customers can order popcorn and other assorted cinema snacks for pickup at select locations, earning revenue for the cinema but also driving app downloads.

Even if the opportunities for creating and shipping new merchandise are limited for the time being, encouraging customers to pre-order can be a much needed source of income. The Independent Cinema Office in the UK has some excellent suggestions on how to maximise merchandising opportunities. 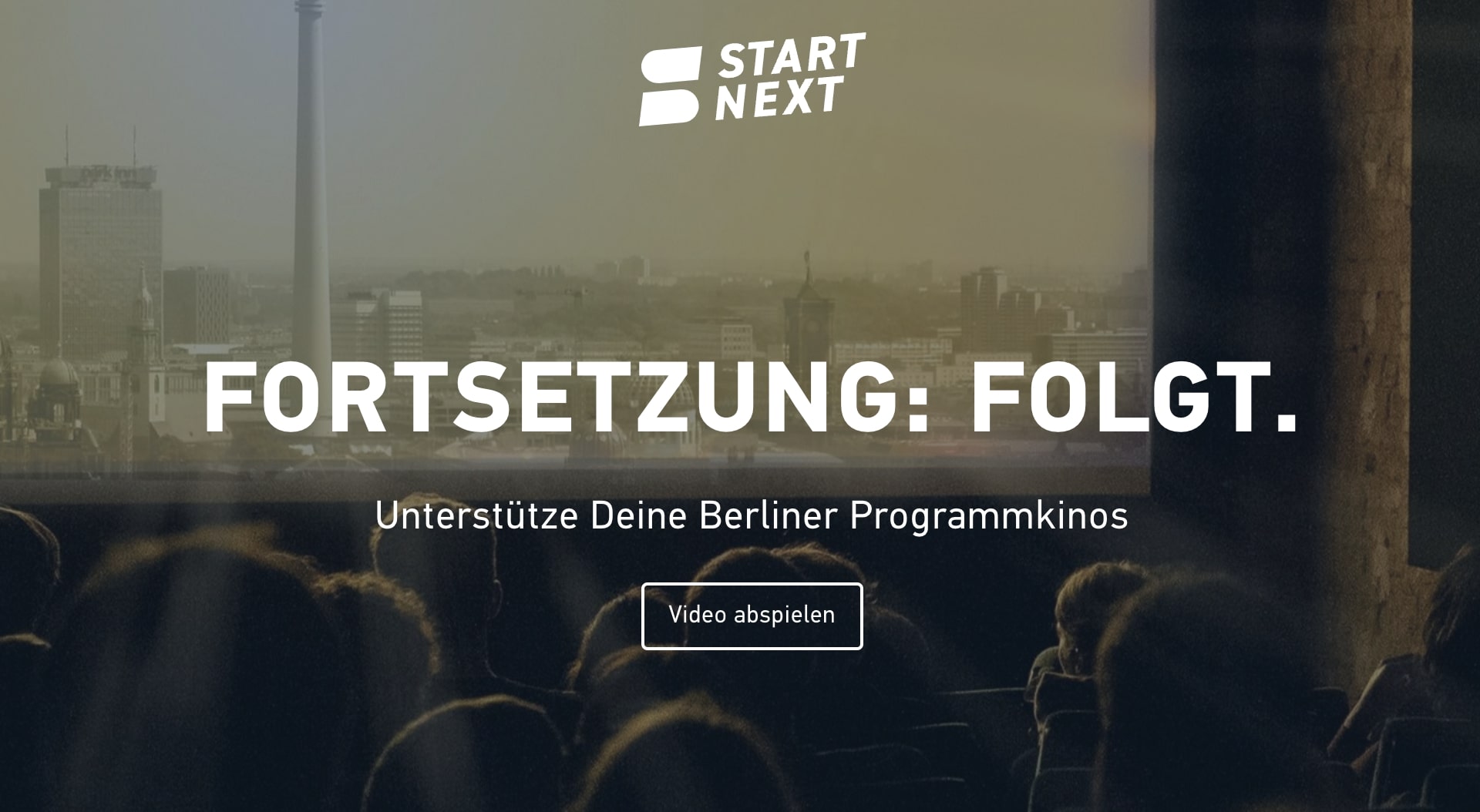 Many local cinemas have a strong community around them, and engaging that community with fundraising efforts can be an effective short term solution to a cash crisis. The Tyneside Cinema in the UK recently publicised their need for donations in order to avoid closure and saw a huge response, raising over £30,000 in hours.

In Berlin, a consortium of cinemas have launched a crowdfunding campaign on platform Startnext to raise funds to benefit Berlin’s unique cinema landscape. Around 30 cinemas will benefit from the campaign, with hopes that the money will help cover some expenses during the shutdown.

Over in the UK, charity and independent cinema Light House Media Centre sees one of the more unique fundraisers. Darryl Griffiths, who has been associated with the Light House for the past five years, is doing a 24 hour film marathon through Netflix to raise funds for the venue. Anyone who donates is able to help choose the films he’ll be watching for the marathon, and he says so far, the ‘taste is impeccable’.

Social media can be one of the most effective ways of communicating with customers. Not only can it be used to stay in touch and engage with an audience, it’s an excellent opportunity to build a community, and establish a personal connection with customers.

Social media initiatives can range from participating in national campaigns such as the #CelebrateOurCinemas campaign launched by Empire Magazine, to film recommendations from programmers. London-based Everyman Cinemas/a> has gone one step further with their #EverymanHouseParty, a creative campaign to get their social media following engaged, while encouraging them to come back to the cinema in the future. Everyman recommends a new film each Saturday night, and anyone who tags Everyman in a photo during the film gets £3 off food / drink when the cinema reopens.

Additionally, if some customers are finding money tight at the minute and are unable to provide financial funding, social media offers a free way of showing support for a local cinema. Sometimes just knowing that the community will be there in the future is enough to boost morale. Most importantly, it’s a vital means of providing updates to the local area when the time comes to reopen. 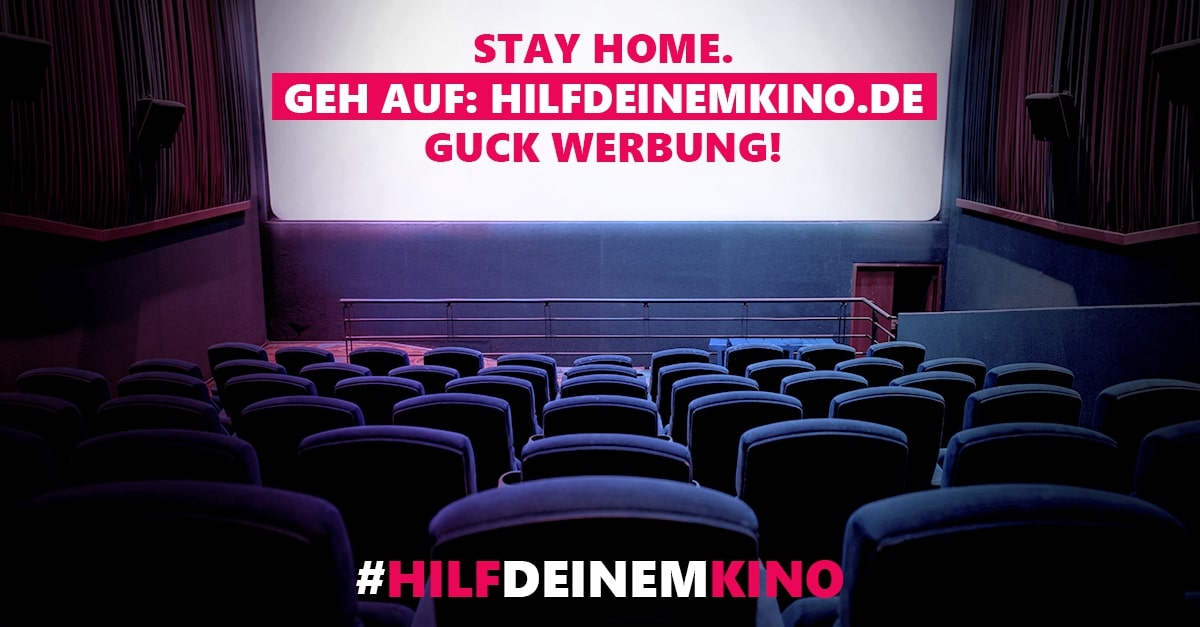 As any in the industry knows, advertising is a key source of revenue for cinemas. The inability to screen ads will cause a significant loss of revenue for any exhibitor. Weischer Cinema, Germany’s most prominent cinema advertising group, aims to address this through their #HilfDeinemKino campaign, which encourages the public to watch advertisements to support their favourite cinema.

Customers simply to go to hilfdeinemkino.de, select the cinema they want to support, and press play. Customers can watch as many advertisements as they want, with cinemas receiving the same amount of share as they would if the spot had played in cinema.

There’s no way to sugar coat the fact that the road ahead for cinemas will be rough. But if there’s one thing that joins everyone in the industry and the general public together, it’s a love for movies and a love of going to the cinema. While the industry may not have seen anything quite like this, with a bit of ingenuity, creativity and tapping into the support of the industry and the wider public, cinemas can make it through the rough patch. To misquote Arnie and many cinema marquees of recent weeks: ‘We’ll be back’

Jess Carlin
Jess Carlin is a co-founder Screen Moguls. With a background in consumer tech and entertainment, she works on innovation at the intersection of the tech and film industries.