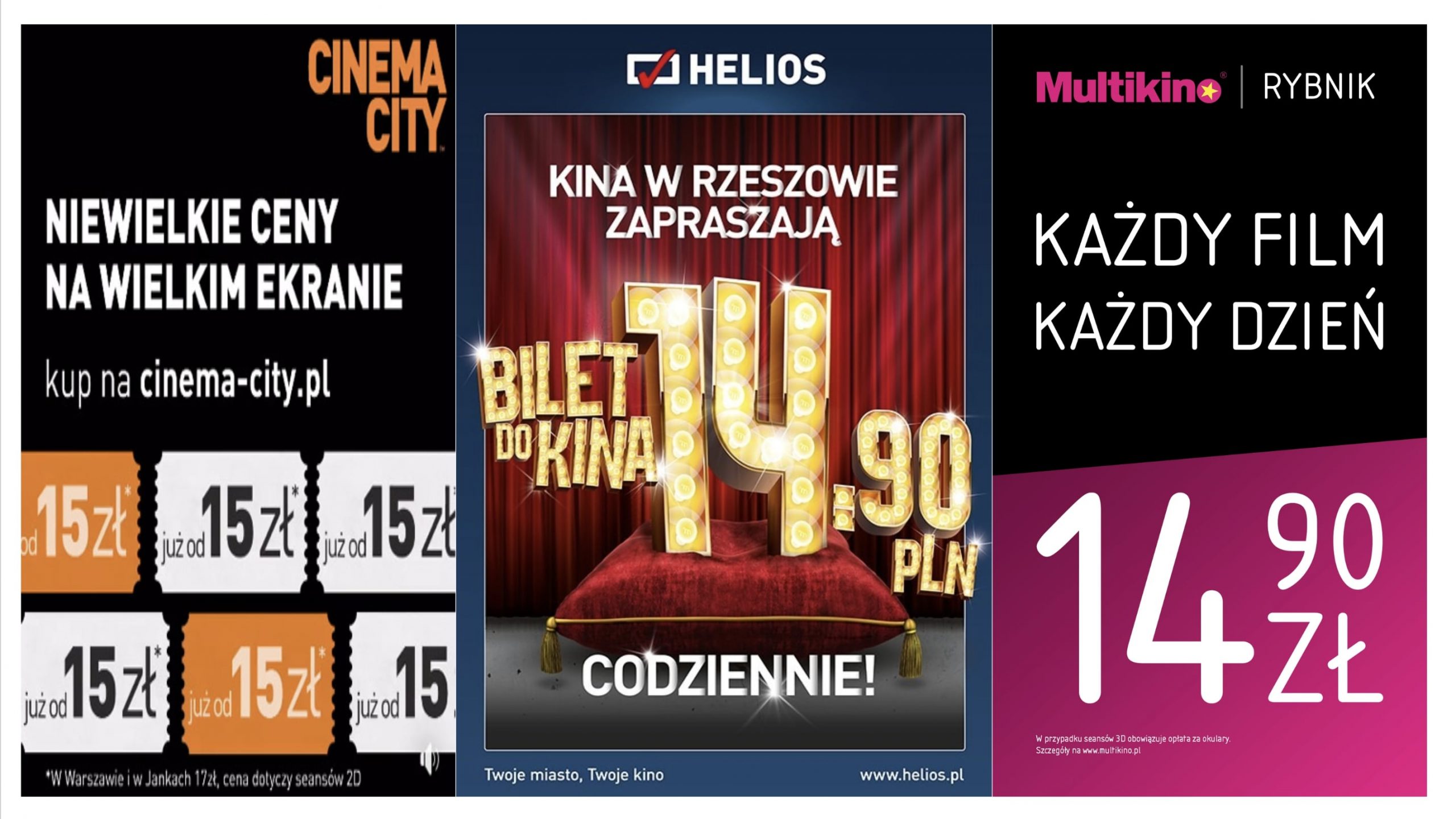 Located at the geographic crossroads of Europe and Eurasia, Poland is no stranger to conflict, having suffered numerous wars and invasions during it tumultuous history. Today it again finds itself in a three-way battle, only this time it is over the price of cinema tickets. What began with the United Kingdom-based Vue extending its price cutting campaign across Central Europe, has been met with fierce resistance from its two entrenched exhibitor foes, who have now retaliated with the same tactic. Historians will note that this is the first time that Cineworld was drawn into a European cinema pricing conflict, having previously stayed neutral in the Battle of Britain’s Box-office. But can this be sustained with the looming threat of the coronavirus and resources stretched across the Atlantic as part of Moshe (‘General Mooky’) Greidinger’s extension into the Canadian cinema dominion?

Reduction of cinema ticket prices has been the hallmark of Vue’s business recently. This has been true even as Vue pursues venue upgrades and expands its European network (286 sites and 2,446 screens across 10 countries) with the recently approved of Germany’s CineStar (subject to selling off cinemas in six locations). Vue’s price cutting policy even saw it taking the unprecedented step of reducing the price of all regular screening in its London flagship location of Leicester Square to GBP £9.99 (USD $12.81). Having begun by cutting ticket prices in the UK, this campaign was extended with tactical interventions at key locations in Vue-owned chains in The Netherlands, Germany and Italy. Interestingly Vue offers ‘unlimited’ subscription services in these three territories – from EUR €19.50 per month in The Netherlands, in Germany a Cinemaxx Goldcard is EUR €399 for 12 months (equivalent to EUR €33.25 per month, though this includes 3D), and just EUR €16.90 per month in Italy – but not in its other markets.

While fully prepared to defend it, Vue’s senior management has not spoken much in public about the price cutting strategy, nor the fact that Odeon has been dragged into a tit-for-tat matching of lower prices in UK locations where the two are competing. In private, however, Team Vue points to the fact that the UK has recently enjoyed record admissions at the same time as average ticket price have gone down. While it is not possible to prove a direct causal relation, the strong admissions and price drop cannot be explained away by a strong slate and the opening of new cinemas or upgrade of existing sites.

It is thus no surprise that Vue-owned Multikino in Poland would also implement an aggressive price reduction strategy. What is interesting is that this was met with almost immediate counter action from both Cineworld-owned Cinema City and local major Helios. On 24 November last year (2019) it was reported that Multikino in Lublin was reducing its regular ticket prices to PLN 14.90 (USD $3.91). On 29 November it was reported that Multikino was rolling out the price cuts widely across Poland.

“For some time we have been testing flat price lists on selected markets – one price for everyone on all days of the week. A simple and transparent price list and the new price were met with a positive response from our viewers,” Mariusz Spisz, Member of the Board at Multikino SA, was quoted as saying at the time.

The pricing across Poland was as follows:

In addition Multikino has many special offers for Mondays, Wednesdays, families, concession combos and more.

On 8 January this year, Poland’s leading daily newspaper Gazeta Wyborcza asked in its headline, “Multikino focuses on cheap tickets. Is this a reaction to the Netflix offensive? What will other cinemas do?“, noting that the same film that was PLN 15 in Multikino was PLN 27 (USD $7.09) in Cinema City in the same town. The answer to the question was not long coming; the cinema rivals were prepared to meet discount fire with fire.

On 6 March it was revealed in Polish media that Cinema City would be selling tickets for as much as half of the regular price. It also stated that this deep discounting “was unrelated to the Corona virus”. All tickets would be sold for between PLN 15 and PLN 17 “until further notice”.  At the same time Cinema City announced that it was slashing the monthly price of its ‘Unlimited’ card to PLN 33 (USD $8.67) for the whole of Poland, except the Warsaw region, where it would be PLN 38 (USD $9.98) – previously it has been PLN 43/49 (USD $11.29/$12.87). As AntyWeb commented, “there has never been a better time to visit the multiplex, because prices have never been cheaper.”

Poland’s third player, Helios, the Agora-owned chain which has the largest number of cinemas, but often in smaller town and venues with fewer screens, was not late to respond to the pricing offensive by the two foreign-owned chains. On the following day (7 March) the head of the company Tomasz Jagiello announced that within a week the chain would lower its prices to PLN 14.90 as well.

Jagiello said to Polish news agency PAP that they had been expecting a major pricing reduction to come through from its competitors. This pricing would only apply for Tuesdays in all sites and for all days of the week in selected locations, amongst others Bydgoszcz, Gdansk Alfa, Gdansk Metropolia, Szczecin CHR Kupiec and Radom. This pricing is valid for both 2D and 3D shows. Jagiello commented that in sites that have cut prices they have seen a significant boost in attendance. Prices for Helios will remain highest for its Warsaw Blue City mall where they are PLN 29.90 (USD $7.85) andPLN $33.90 (USD $8.90).

It is worth remembering that Poland is Central Europe’s largest cinema territory by some distance and has seen considerable growth in the past decade. As UNIC recently noted in its preliminary 2019 findings (PDF link), “with a record-breaking 60.9 million cinema-goers last year, the Polish cinema industry has grown by 63% since 2010. ” While Odeon and Vue face each other on a smaller scale in Germany and Italy, Poland is the largest cinema battleground between Cineworld and Vue, as well as local major Helios. It is thus significant that an all-out pricing war should have erupted here, not least as Cineworld has largely refused to be drawn into a price war with Vue in the UK. The only significant exception has been the newly opened Cineworld Plymouth, which cut the price of its 2D tickets to just GBP £4.50 after only 120 days of operation.

Whatever the casualties in a price war like this – which few in the cinema industry are happy about – one can only hope that the ultimate victor is the cinema-goer.