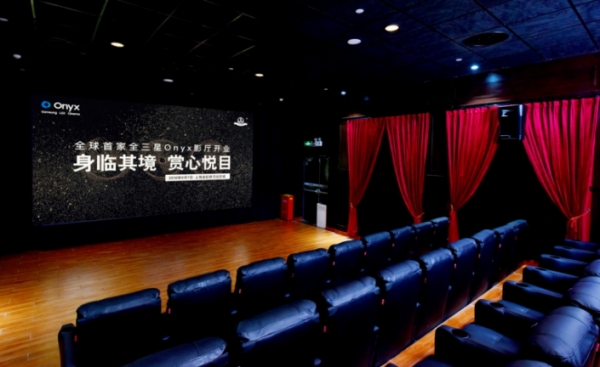 Here at CJ we don’t care to join in the Moviepass bashing, but we are curious how the cinema subscription service is working and what impact it is having on the larger US cinema market. Our musings last week on the impact it has had on this summer’s domestic box office rebound prompted several comments from readers, so we thought it could be worth looking at it a little more in-depth than our back-of-envelope calculations.

We don’t know exactly how much MoviePass spent on tickets this summer, but we do have their quarterly outlay from their filings, such as their 2018 Q2 10-Q filing. Looking at Q1 and Q2 of this year, MoviePass accounts for around 5% of BO in the first two quarters of 2018. But they hit three million subscribers and Q2 only covers part of the summer, so will it not have been more by Labor Day?

Possibly, yes, but it should be remembered that MoviePass suffered “outages” and certain black-out titles, such as “Mission: Impossible – Fallout.” The week the film opened the box office was up 10%, so any MoviePass contribution would have been from whatever else people were choosing to watch that week. By the end of the summer MoviePass was restricting the ‘unlimited’ viewing and the box office was still up 16.19%, 30.53%, 41.76%. 47.47%, and 33.64% after M:I6. So we don’t know how much people would have gone to cinema anyway without MoviePass (and Sinemai, and AMC and Cinemark’s subscription schemes).

So MoviePass alone was not responsible for the hit summer (something we never claimed), but its contribution could have been 5% or possible even higher. After all, it did burn through over USD $200 million in that time. Plus the fact remains that had it not been for MoviePass, the summer of 2018 would not have recovered the terrible losses of the 2017 summer, and even then it still didn’t quite recover to the level of summer of ’16. So MoviePass and the Wall Street investors that funded its cash burn did cinemas a favour this summer at least.

BREAKING NEWS: AMC has secured a USD $600 million investment from Silver Lake. “This demonstrates Wanda’s ability to sell AMC shares in an orderly manner that is also beneficial to all AMC shareholders,” the press release tells us. We predicted something like this happening at the start of the year. Note that this is not a case of Wanda selling off AMC but shoring up its finances, since it needs money to start flowing to China and Wanda, rather than from there. Press Release

China (PRC) – Wanda has opened a six-screen multiplex in Shanghai that only uses Samsung’s Onyx Cinema LED screens instead of projectors. While it is a largely symbolic world first (quick, what was the first all-laser multiplexes in US and Europe?*), its deeper significance is three-fold: deployments will initially happen primarily in newly built multiplexes, will be centred on Asia and 10-m screen size limitation will favour mid-size VIP venues. But China has saturated Tier I-III with recent laser projectors that they can’t just ditch (only shift), so the bigger question is whether Samsung can inject itself into the post-VPF replacement cycle in North America and Western Europe. Korea Times – 10 September 2018

Nigeria – Eleven cinema goers were killed in the northern Nigerianvillage of Badarawa after bandits opened fire in a cinema hall, injuring a further 20. “It is not clear why the cinema was targeted, but villages in Zamfara State have come under heavy attack from armed bandits in recent months.” Amnesty says over 400 people killed this year in the state of Zamfara as lawlessness spreads. BBC – 13 September 2018

Russian Federation – The Ministry of Culture has proposed that only 35% of films shown in cinemas could be from Hollywood or other countries in an attempt to promote the domestic film industry. “Experts from the Culture Ministry included the proposal in a draft law titled “On State Support of the Film Industry in the Russian Federation,” which was published on the internet on Monday for public discussion.” While other countries have regulations that favour local films (France, China, South Korea), none would be as draconian as the proposed Russian law. The Ministry of Culture has previously been accused of trying to postpone foreign hits like “Paddington 2” in an attempt to promote local film releases. RT – 10 September 2018 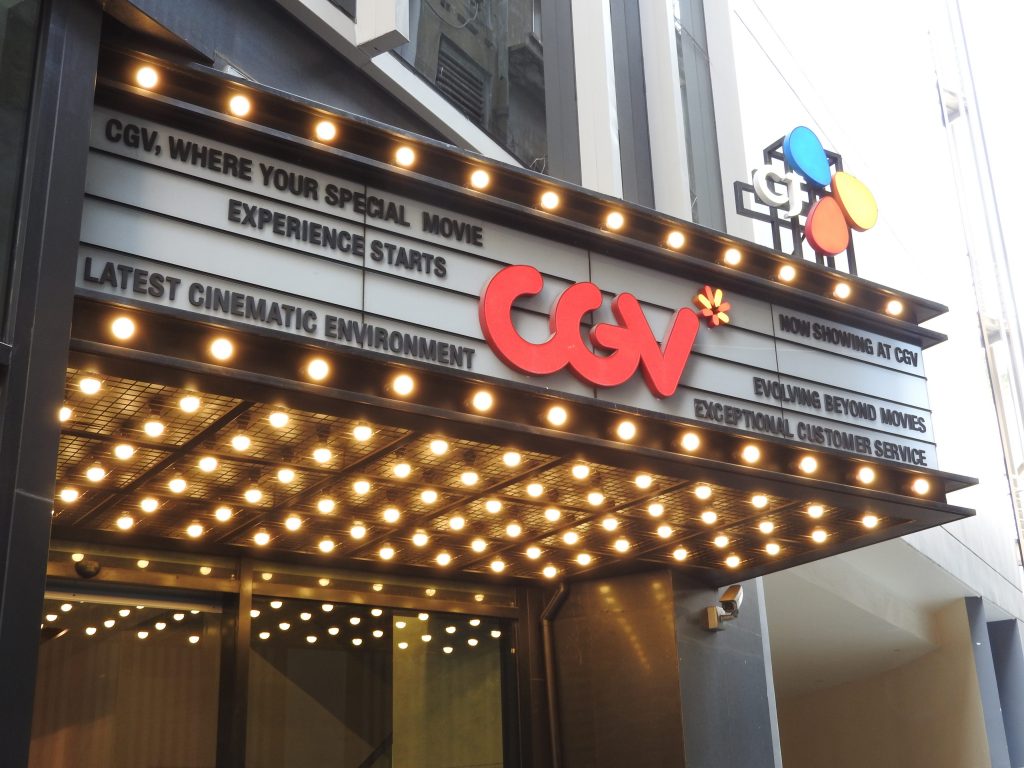 Korea (Republic of, South) – CJ CGV has been given the go-ahead for the planned IPO of its Vietnam Holdings Co. cinema subsidiary. “CJ CGV Vietnam Holdings could be listed on the stock market as early as November, said an official of CJ CGV Co., South Korea’s largest multiplex cinema chain. The source, who wanted to remain anonymous, said the price band has not yet been decided.” CGV Vietnam had revenue of 124 billion won (USD$110m) and $7.4m profit in 2017. CJ CGV has further plans to also list its other subsidiaries in China, Indonesia and Turkey. Yonhap News – 14 September 2018

Korea (Republic of, South) – There is a law proposed that would force Korean cinema to show the time of the start of the feature film rather than the presentation with adverts and trailers. Consumer activists in Korea are very vocal, particularly against the Big Three exhibitors. Hankook (KR) – 10 September 2018

Zambia – China’s interest in Africa is well known, but now it is extending its soft power with a touring mobile cinema showing Chinese films dubbed into local languages for free. “Apart from kung fu movies, which have long been popular with African audiences, other lesser-known genres popular in China such as animations, fantasy and romantic movies were also screened.” While Hollywood studios thinks of the next financial quarter, China is planning for the next century. Telegraph – 11 September 2018

India – The Maharashtra government has reversed it earlier decision of allowing outside food and drink into cinemas, now citing ‘security reasons’. No doubt there were… persuading going on behind the scenes from the multiplex operators. The battle is now moving up to the Supreme Court, which is also asked to take a stand on similar issues from other Indian states. Don’t expect a neat outcome that will satisfy everybody. Times of India – 11 September 2018

UK – Odeon is on the move. The corporate HQ of Europe’s largest cinema chain is shifting after 20 years from Lee House on Great Bridgewater Street to No.8 First Street. “As we upgrade our cinemas across Europe to give our guests the best experience, our colleagues also need a truly modern and comfortable working environment,” says Ken Taylor, group property director for Odeon. so presumably recliners for all the staff. Manchester Evening News – 11 September 2018

UK – A court in Brighton has heard about reports of sexual molestation by a school sports teacher that took places in trips to the cinemas in the 1980s. The Argus – 9 September 2018

USA (NY) – A cinema guard was left with stab wounds after what appears to be an attack.

Officers responded to a report of a fight and possible assault at the move theater at 12:07 a.m. Saturday, a release said. The theater is located at 2 South Drive.

When police arrived, the fight was broken up and officers found a 40-year-old theater security guard with a non-life-threatening stab wound to his leg, the release said. He was transported to a local hospital.

Mexico – Cinépolis has launched the + Que Cine platform for event cinema that will show “emblematic films, sports, cultural, musical and documentary events that will be shown on the big screen.” The chain has secured the event cinema rights for eight year to WWE wrestling, opera, concerts and the UEFA Champions League. The exhibitor has already been active, showing 31 ballet shows, 95 operas, four box fights, three comedy shows, 116 concerts and 67 documentaries since 2010. Altonivel (ES) – 11 September 2018

France – The only cinema in Pamiers has been closed for unspecified “safety” reasons, after an unfavourable ruling by the town’s safety commission. “Until the work is done, the cinema will remain closed,” said the mayor. LaDepeche.fr (FR) – 14 September 2018

Italy – If you can’t strike gold at the box office – try digging below it. This past week workmen discovered an amphora filled with gold coins from the Roman era while digging in the basement of a closed cinema in northern Italy.

The coins, stashed in a stone urn, were found during renovation work at the building in Como, which was once a theatre and is now being transformed into apartments. Luca Rinaldi, the local archaeology superintendent, declined to put a price on the find, saying that the coins had an “inestimable” value. “We are talking about an exceptional discovery,” he said.

Sadly not all Roman finds under cinemas get treated so well. The Times (paywall) – 10 September 2018

*Europe’s first all-laser multiplex was Kinepolis’ 10-screen Breda in the Netherlands with Barco and the first US one was Santikos Casa Blanca Theatre, also with Barco.