“Be fearful when others are greedy and greedy when others are fearful,” Warren Buffett once told investors. So what does the Sage of Omaha’s advice tell us about this summer’s domestic (i.e US) box office? Substitute ‘greedy’ for ‘jubilant’ and the answer is to afraid. There’s has been lots of self congratulatory back-slapping and articles proclaiming “Despite Netflix, Movie Theaters Had Best Summer in Decades.”

But look at the final number from comScore above for the 123-day summer period (an increasingly irrelevant concept) and you will see that the 14.47% gain was not enough to make up for the -14.37% drop the previous summer, with the 2018 summer BO of USD $4.398 billion still short of 2016’s USD $4.489 billion or even the year before – and that’s before we consider inflation. We also don’t have attendance numbers to compare, but most likely they have recovered even less.

The bounce-back would have been more re-assuring had it not been for the MoviePass effect. The cinema subscription service has effectively been subsidising increased attendance this year. With three million subscribers at the start of summer, a back-of-envelope calculation of each member seeing one movie per week at a cost of USD $10 per visit, means MoviePass contributed over half a billion dollars to the summer BO or 12%. That’s a conservative estimate but doesn’t take into account how many times MoviePass members would have gone anyway.

With MoviePass scaling back the generosity of its offer and AMC, Cinemark and Alamo launching their own cinema subscription schemes, a more healthy echo system is set to emerge. But US cinemas may just have dodged a bullet on a box office summer that might have fared far worse had it not been for MoviePass. And while overseas territories like UK and China have also done well this summer, Germany, Austria and Switzerland saw a 1H 2018 decline of between 18% and 20%. 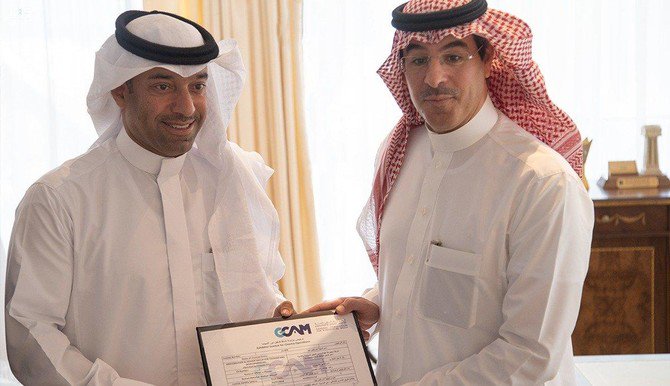 Saudi Arabia – The fourth licence to build and operate cinemas in the Islamic Kingdom has been granted to the Lux Entertainment consortium of  Cinepolis Cinemas, Al-Hokair Group and Al-Tayer Group. The three previous licences were given to AMC, Majid Al Futtaim’s Vox Cinemas and Al Rashed Empire Cinema Consortium. “Lux Entertainment has a plan to build 300 screens in 15 cities around the Kingdom to offer a multi-faceted cinema experience including luxury halls, infant cinema, and low cost operating movie theaters, in alignment with the rules and regulations of GCAM.” This means that KNCC, Vue, iPic and Carnival-owned Novo are some of those still without a licence, with AMC’s Adam Aron indicating at CinemaCon that no more than five licences in total would be issued. Forbes Middle East – 2 September 2018 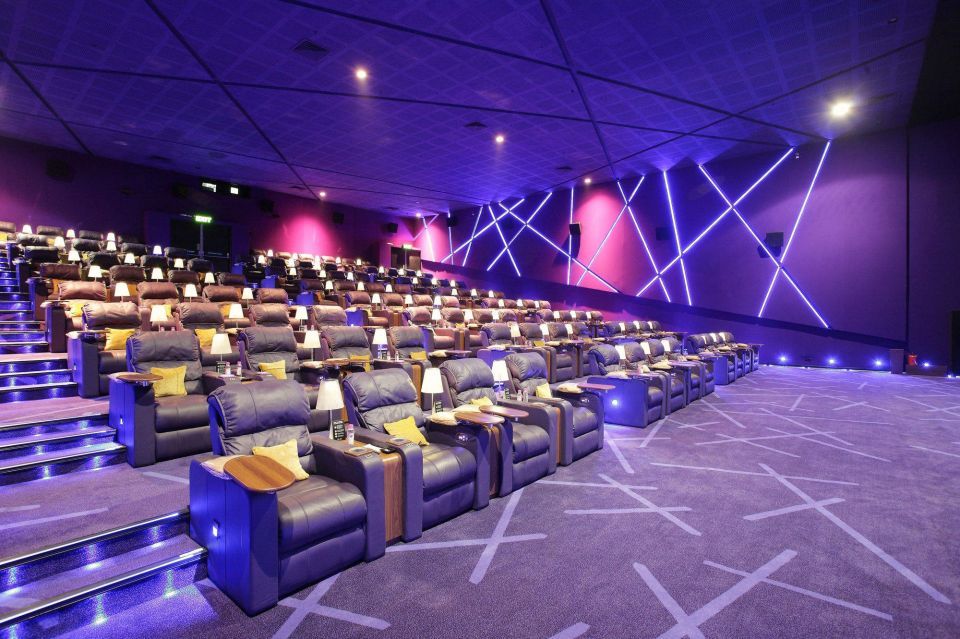 India – Yet another cinema operator with ambitions to open in Saudi Arabia is India’s PVR. The operator recently partnered Dubai-based Al-Futtaim Private Co. (not to be confused with Vox’ parent company Al-Futtaim) on a joint venture for the region, including U.A.E. and Saudi Arabia. The company will open a nine-screen multiplex in Sri Lanka’s capital Colombo at the start of the next financial year, marking the first significant overseas expansion. PVR has grown in India through acquisitions, such as DT, Cinemax and SPI, but anti-trust issues means more inorganic acquisitions in India may not be possible. Live Mint – 3 September 2018 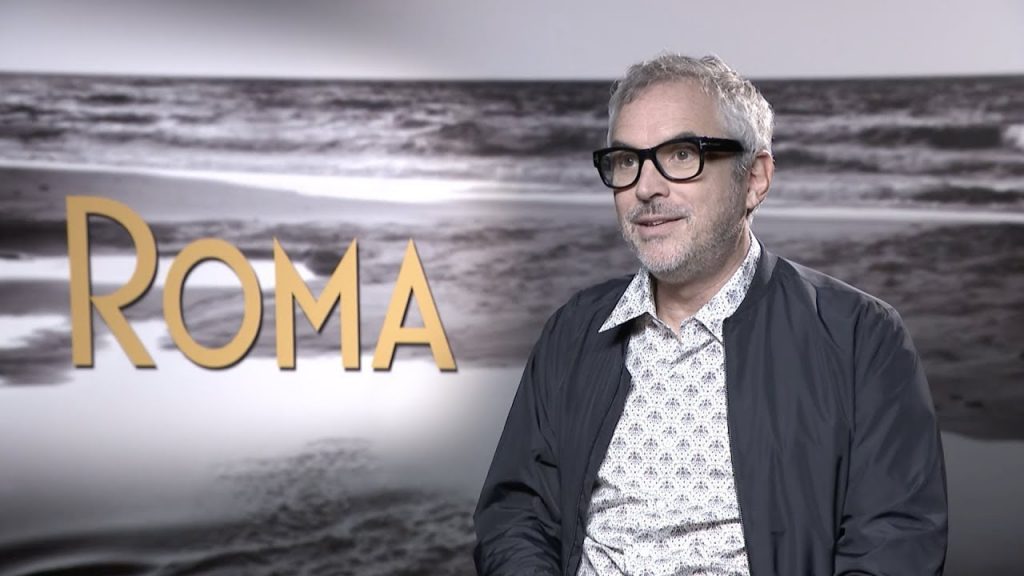 Coming to the big screen? “Roma” in Venice. (image: YouTube)

Italy – Is Netflix about to drop its insistance on releasing its films day-and-date in cinemas and on the streaming platform? Netflix acquired distribution rights to Alfonso Cuarón’s new film “Roma” at the Venice Film Festival under an un-specified ‘hybrid’ model. Rival Amazon has allowed a window between theatrical and home release, reaping Oscar rewards along the way for film such as “Manchester by the Sea”, while Netflix has been mostly shut out from awards glory, mostly due to the day-and-date insistance for films like “Okja” and “Mudbound”. France looks set to change the law mandating a long window between cinema and streaming.  Guardian – 31 August 2018

Poland – Helios has dropped the price of all its regular tickets to PLZ 14 (USD $3.75) from previous range of PLZ 25-29 (USD $6.70-$7.78) for its four-screen multiplex in Szczecin. Price for 3D glasses in PLZ 3 (USD $0.80) extra, while previously cheapest ticket was ‘Discount Tuesday’ for PLZ 17 (USD $4.56). Helios has not reduced prices in its Outlet Park multiplex. With Vue having recently expanded its price lowering strategy to select cinemas in Germany and Poland (where it runs Multikino), could these be the opening shots of a price war? (A subject for a future CJ in-depth look). Wyborcza (PL) – 4 September 2018 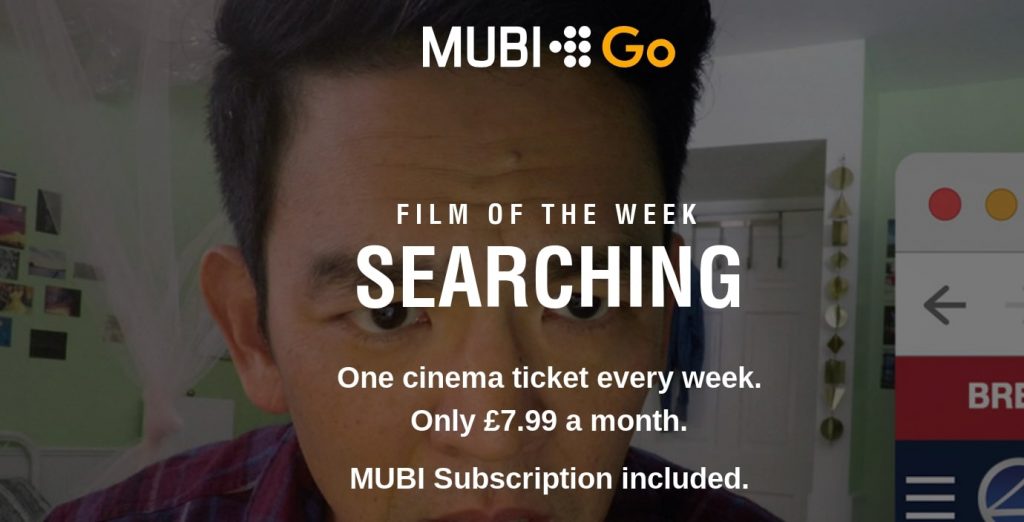 UK – Streaming film portal Mubi has launched Mubi Go, which will give its members access to see one film in cinemas that Mubi will select for them:

The initiative kicks off with Sundance Grand Jury prize winner The Miseducation Of Cameron Post, which is released by Vertigo on Friday (Sept 7). This will be followed by The Rider (released by Altitude) and then Skate Kitchen (Modern Films).

The selections, chosen by MUBI’s programming team, will be a mixture of general UK releases and MUBI’s own distribution titles. Recently, the company took UK rights to Suspiria, which Screen understands will be a MUBI Go title when it is released on November 16.

More an extension of its existing streaming curation effort than an attempt to replicate MoviePass or compete with Odeon Limitless et al. Screen Daily – 5 September 2018 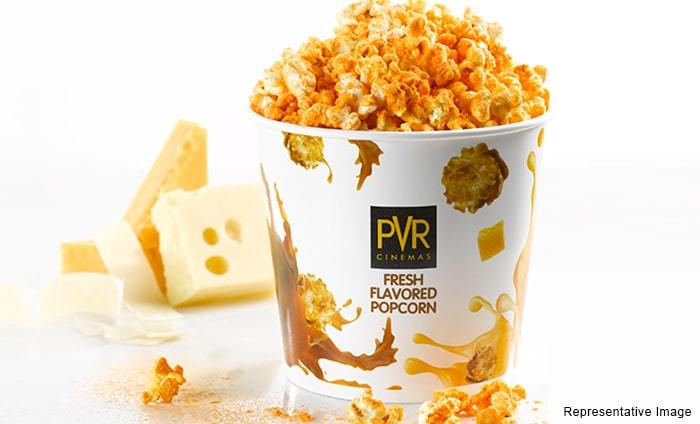 India – The Bombay High Court will hear an appeal in the case of allowing outside food into multiplexes and regulating the prices at which drinks and snacks can be sold. The previous ro=uling against multiplexes led to steep falls in the ahre price of PVR, Inox and others. Raids were recently carried out against PVR, while other Indian states have followed Maharastra’s example.   TimeNowNews – 4 September 2018 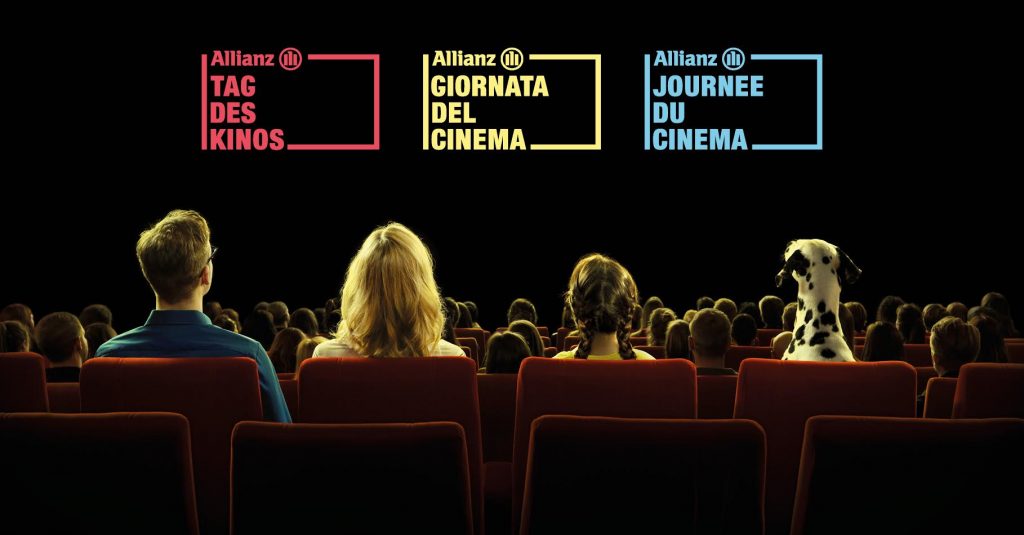 Switzerland – The 2 September was Tag Des Kinos (Day of Cinema) in Switzerland, sponsored by Allianz bank, when all films were just CHF 5 (USD $5.16). Given that average ticket price in Switzerland is CHF 15.4 (USD $15.89) this is an appealing offer. It was valid or over 500 screen sin Switzerland and Lichtenstein and around 250,000 spectators took up the offer. Cinergy (DE) – 2 September 2018

Mexico – Meanwhile Cinepolis and Cinemex will sell tickets to local films for just 20 pesos (USD $1.03) between 7-13 September to celebrate national cinema day. It is an initiative by “the Ministry of Culture, the Mexican Institute of Cinematography (Imcine) and the National Chamber of the Cinematographic Industry (Canacine), [as part of] the first edition of the Mexican Film Festival.” Other circuits are participating too. A similar event recently took place in Argentina.  Forbes – 4 September 2018

Belgium – European Art Cinema Day will expand to Iran, US and the Netherland in its third year. “The event, run by the CICAE (International Confederation of Art Cinemas) in partnership with Europa Cinemas, will take place on October 14, 2018. It aims to foster growth in European arthouse film through a series of specially-curated preview screenings, children’s films and cinema classics, as well as a wide variety of guests, events and exhibitions all designed to attract local audiences.” 600 cinemas form 34 countries participated last year. Screen Daily – 31 August 2018 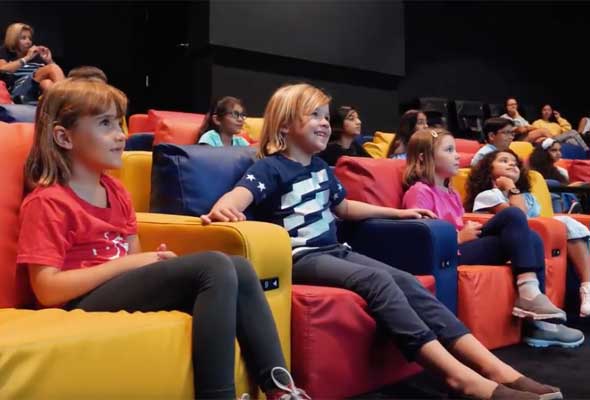 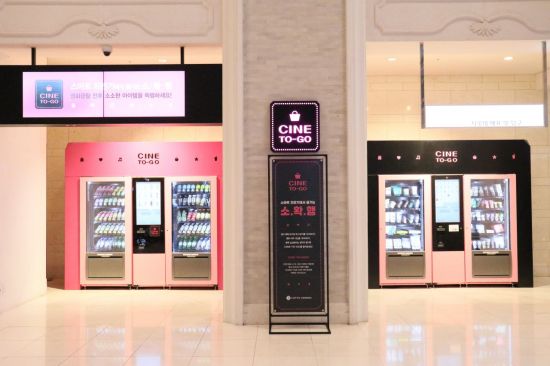 Korea (Republic of, South) – Lotte has launched a vending machine in the foyer of its cinemas called Cine-To-Go.

‘CINE TO-GO’ Unit 1 is installed on the 5th floor of the Lotte Cinema World Tower. There are 100 kinds of products such as drinks, beauty, and health products. The selection of sales products was conducted through collaboration with Drugstore Robs, and popular products such as hand cream and oral care products, which are in high demand and can be purchased easily, are sold. In the future, we plan to continue to prepare products with high preference by constantly grasping customer needs.

Germany – DeinKinoTicket.de portal has launched a chat bot by TLGG with the aim of engaging younger potential cinema goers. Gruvi previously launched one for Odeon in UK and Atom has one in US, but no signs of major traction. WUV (DE) – 31 August 2018

UK/USA – Matt Eyre has been formally appointed Chief Operating Officer (COO) of Regal Cinemas, having previously been COO for Cineworld for the past 13 years. It was announced earlier this year that he would re-locate to the US, following Cineworld’s acquisition of Regal, but it seems that everything is now official. LinkedIn 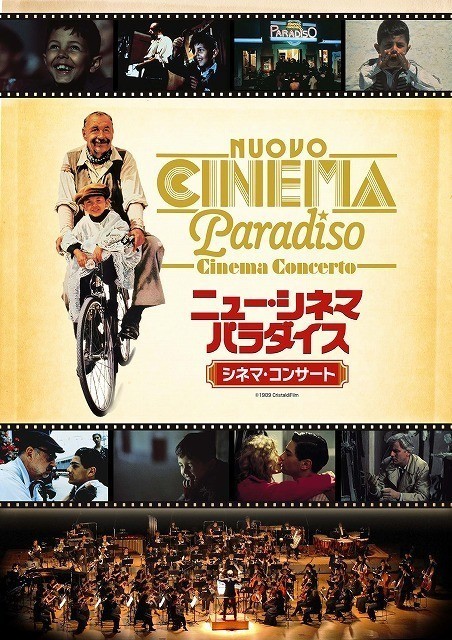 “Cinema Paradiso” with live orchestra in Japan in September.

Japan – Three special performances of “Cinema Paradiso” will be held on September 15 and 16 at the Tokyo International Forum in Yurakucho, Tokyo, as well as Osaka’s Orix Theater on 17th. A full symphony orchestra will perform Ennio Morricone’s score on the 30th anniversary of the film. Such film concerts are growing in popularity all over the world. Eiga (JP) – 4 September 2018 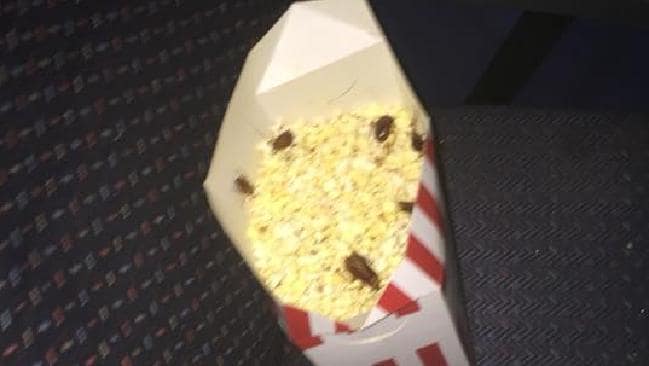 Not your typical kind of popcorn flavour. (photo: Shaun Walsh)

Australia – A couple that went to a screening of “Crazy Rich Asians” at Birch Carroll and Coyle’s cinema complex at Morayfield claim to have found cockroaches in their popcorn. “Mr Walsh and his partner claim they returned to their original seats to discover not one, but more than half a dozen cockroaches crawling across the popcorn.” The cinema, part of the Greater Union/Event family, claims to have stringent pest control in place and no other reports of these critters. The couple were given four free tickets, but complain of lack of communication. Courier Mail – 5 September 2018

France – Patrons to the Pathé Liberté cinema in Toulon have been complaining about a bed bug infestation. “For several weeks, customers have complained to the cinema about the presence of these bugs. Some customers on social networks criticize the lack of information of the cinema on this subject.” The cinema has now been closed. A previous bedbug plagues closed a screen at one of Kinepolis’ French cinemas. Francebleu (FR) – 4 September 2018 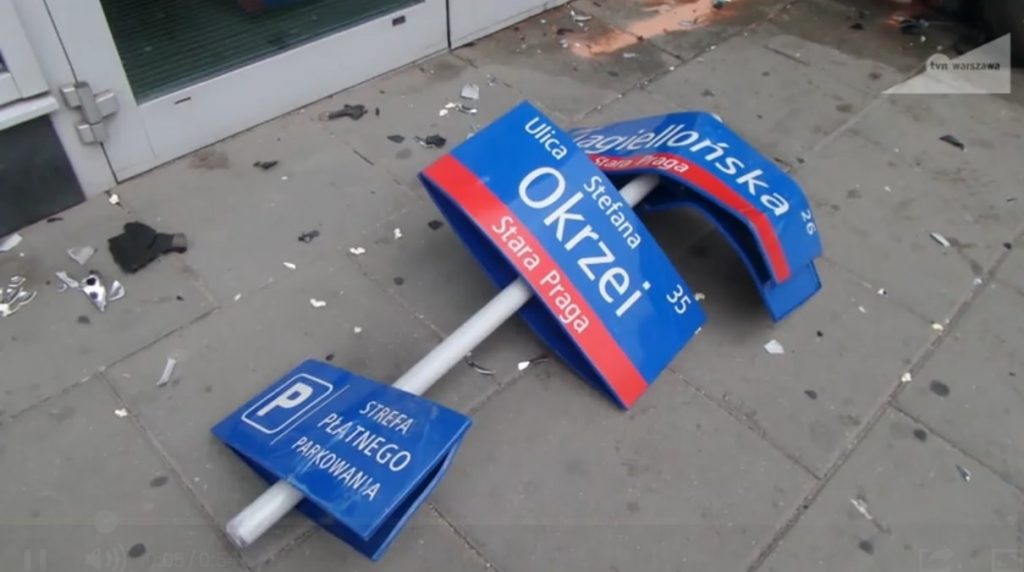 Poland – A car has crashed into a cinema in the Warsaw district of Praha – for the fourth time. Signs and bollards were knocked over and the entrance smashed but nobody has been injured – yet. There are now demands for a physical barrier to be installed to prevent reckless drivers from injuring people. TVN Warszawa (PL) – 4 September 2018 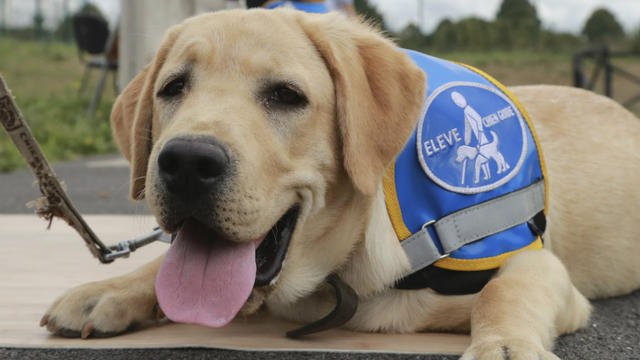 France – A man with a genetic disorder that forces him to use a wheelchair and a guide dog was initially denied entrance to a cinema in Seine-Saint-Denis. He was eventually allowed to bring the dog in, “the dog does not bark and customers do not complain.” The man says he was left feeling angry and humiliated. CNEWS (FR) – 1 September 2018 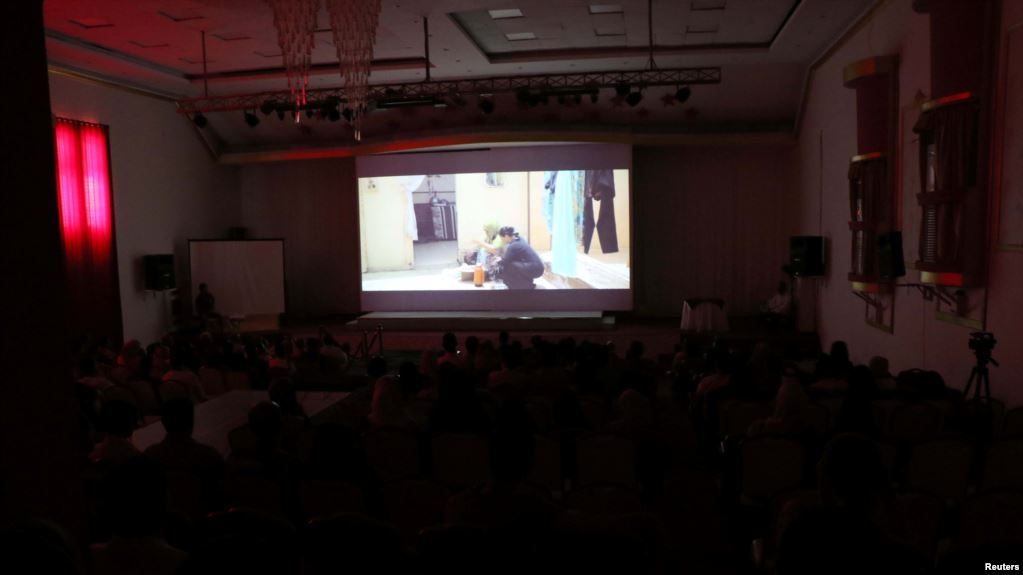 Yemen – After years of bloody civil war, cinema has made a welcome return to the war-torn city of Aden this past Eid. “The film they have come to see is “Ten Days Before the Wedding” – a gripping drama about a young couple from the southern port city whose marriage plans are nearly derailed by the country’s civil war and other troubles.” It is the first local Yemeni production in years. Hopefully not the last. Voice of America – 3 September 2018