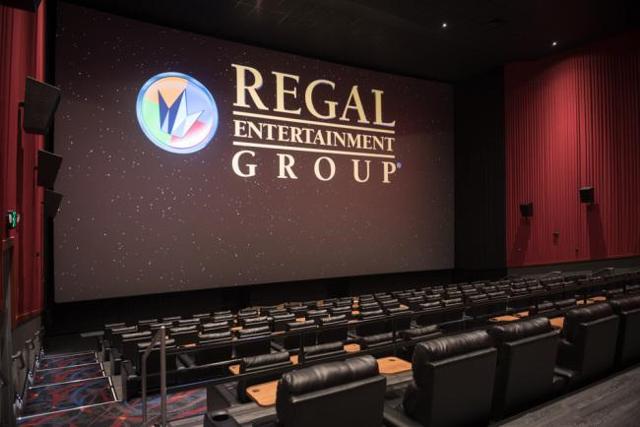 Cineworld’s shareholders have approved the USD $3.6 billion merger with Regal, something that was never really in doubt given that the largest voting share (29%) is controlled by the Greidinger family that proposed the merger. In the end 87% of shareholders voted in favour. The “go shop” period, when a rival bidder could have tried to spoil the party, lapsed on 22 January with no offer from Cinepolis or anyone else. (So much for our prediction). Now comes the hard part.

Leaving aside the current stock market meltdown, it is either the best of time or the worst of times for Cineworld to take over Regal. It all depends on whether you think that Cineworld can improve Regal’s performance.

Gainsboro Capital points out in a Seeking Alpha post that ahead of next week’s earnings, Regal’s revenue is down ~11.7% year-over-year. It has been facing “headwind” in the form of sliding sales and attendance and increased operating expenses, As a result “Regal’s net margin has declined significantly y/y, contracting from ~5.2% (3Q16) to ~1.6% (3Q17).”

It goes on to point out that valuation is not attractive, with Cinemark a better alternative. Increased labour and occupancy cost are expected to continue eating away at Regal’s already thin margins. So what can Cineworld do? Expect Mooky to parachute in Renana Teperberg, elevating her from her role of running Picturehouse to shadowing Amy Miles. Cineworld has claimed that it can find over $100 million worth of efficiencies and savings. Where we don’t know yet, but expect distributors, vendors and service suppliers to be pressed on terms, while OpEx will be scrutinised and slashed severely.

India – PayTM claims to have sold 52 million tickets to cinemas and events in 2017, a six-fold rise on the previous year. The payment platform aims to sell 100 million tickets this year. PayTM is covers over 4,000 screens, mostly multiplexes by operators such as Inox and PVR, but “We will continue growing the overall ecosystem by adding single-screen cinemas and expanding into smaller cities and towns,” says Madhur Deora, CFO and a senior VP at PayTM. Company now claims to account for 25-30% of opening weekend BO. Meanwhile rival Bookmyshow is expanding in Indonesia and Sri Lanka. Impressive growth – but still far behind China. Live Mint – 5 February 2018

USA (CA) – 20th Century Fox has partnered telecom operator T-Mobile to offer USD $4 tickets for five Fox films this year, including “Maze Runner: the Death Cure”, “Deadpool 2”, “X-Men: Dark Phoenix,” “Red Sparrow” and “Alita: Battle Angel.” The tickets are offered to T-Mobile clients as part of the T-Mobile Tuesdays loyalty-rewards program launched in 2016. Purchases must be made via AtomTickets and are time limited. Fox is together with Disney and others an investor in AtomTickets. Variety – 17 January 2018

UK – For its 10th anniversary Secret Cinema will be staging 60 performance-screenings of  “Bladerunner: the Final Cut”. The shows will run form 21 March until June at an un-named location in London, with tickets starting at just GDP £45, somewhat cheaper than previous events. The ticket booking website crashed shortly after opening due to the heavy demand. It will be Secret Cinema’s 46th production.

It’s about people wanting to get away from the repetitive, restrictive way we experience culture. We’re offering a place people can really lose themselves, a night where you can actually have an adventure.

Said founder Fabien Riggall in an interview the days after. Secret Cinema staged the film already once in 2010. Evening Standard – 1 February 2018

Sweden –  Regional cinema operator BjörnBiografer has said that it is closing the cinema in the Lindbergahallen in the town of Djurås. The reason is attributed to the raising of VAT on cinema tickets from 6% to 25% by the Swedish government last year.  Björn Biographer was the first cinema chain to go 100% cashless. Avesta Tidningen (SE) – 5 February 2018

Italy – Odeon’s UCI has crossed 50 cinemas and 500 screens in Italy with the acquisition of the Seven di Gioia del Colle multiplex, which has eight screens and 1.300 seats. E-Duesse.it (IT) – 1 February 2018

Korea (Republic of, South) – Lotte Cinemas has staged a VR event in an actual cinema auditorium. The event on 1 February saw VR experts from Korea and abroad invited to assess the state and development potential of VR movies. Nine VR films will continue screening until the 14th. Insight (KR) – 5 February 2018

Reel Cinemas has teamed up with international superstar chef Guy Fieri to launch the first stand-alone Guy Fieri Kitchen & Bar and Dine-in Cinema in the Middle East at the recently renovated Jebel Ali Recreation Club. Synonymous with American-style cuisine, food will reflect his signature style, taking inspiration from his most renowned dishes.

It means that children will not be allowed, so could make for more varied film selection. The National – 1 February 2018

Nigeria – While multiplexes are taking off in West Africa, piracy remains a problem, with dealers selling bootleg disks outside the cinemas showing the same films inside. “A cinema show fee is between one thousand naira and one thousand, two hundred naira per person [USD $2.76-$3.31], while a pirated copy goes for two hundred and fifty naiba [USD $0.41].” Popular spots to sell them are outside malls and cinemas. World Stage – 5 February 2018