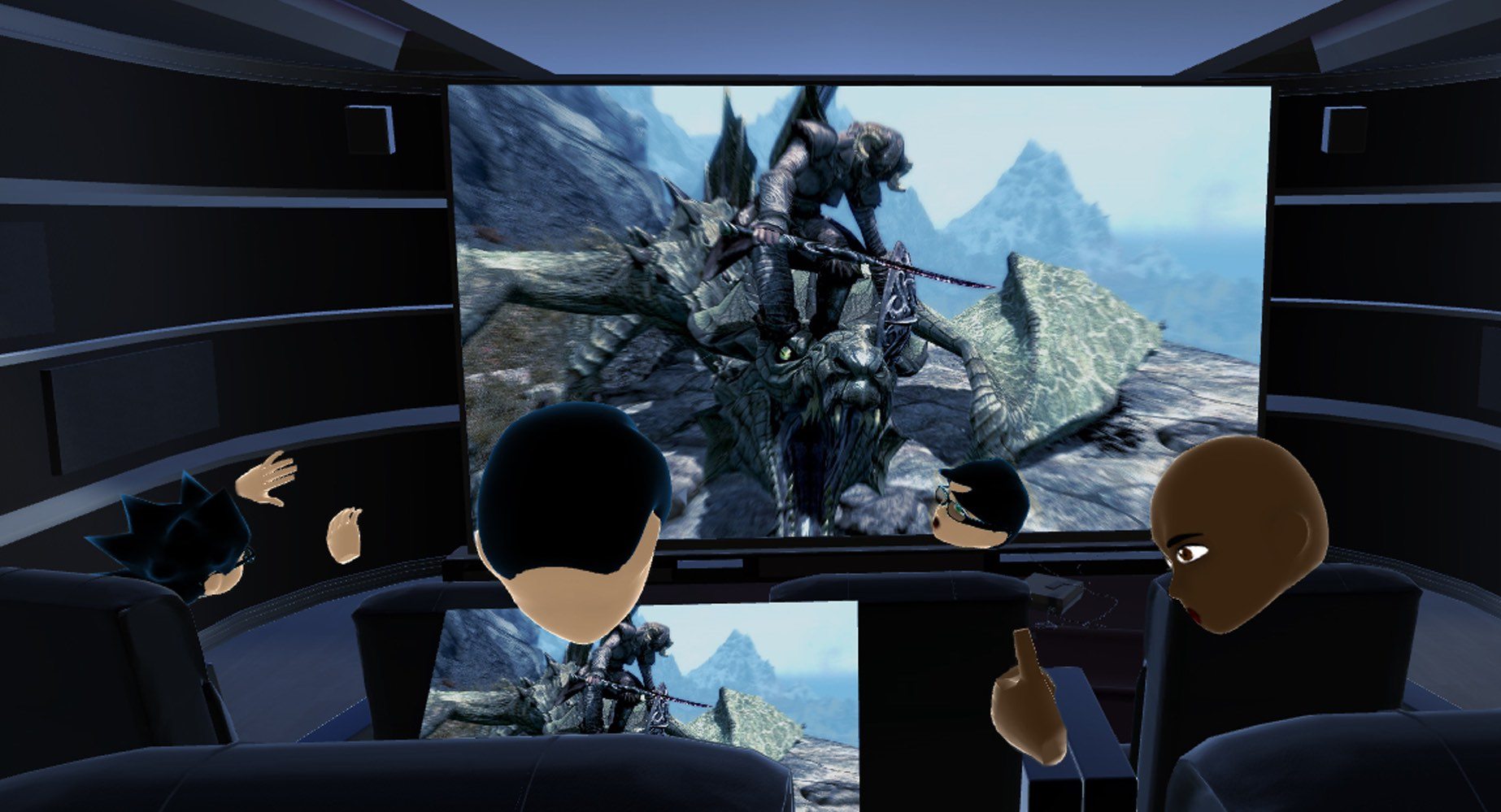 USA (CA) – Paramount is the first Hollywood studio to launch a virtual reality (VR) ‘cinema’ space. The partnership with Bigscreen and several platforms (Microsoft, HTC, Oculus, Samsung, etc.) allows people who wear VR headset to watch a film in a virtual cinema. It will offer older titles, such as “Top Gun 3D”, rather than first-run films, though it could be used for a future PVOD initiative. Deadline – 16 November 2017

USA – Bloomberg doea a good job of summarising insights from recent quarterly investor calls from the major US cinema chains. AMC looks to discount the first two rows, which tend to be empty, and has also increased weekend price by USD $1.00 for a third of its prime locations (150 in total) on the quiet. Cinemark is looking to launch a subscription service (in competition with MoviePass), AMC will also focus more on merchandising and offer older films through its online platform. Bloomberg – 13 November 2017

France – CGR has acquired Cap’Cinema on undiscolsed terms. Cap’Cinema operates in 24 location of which CGR has acquired 22 of which 12 are multiplexes. With 50 existing sites, CGR will have over 70 sites and thus be France’s biggest cinema operator in terms of number of sites, though not in terms of screen count. As well as opening three new sites in Q4 CGR has been pushing its ICE premium cinem concept with Philips’ LightVibes and also promoting event cinema shows. CGR recently also acquired Cinespace de Beauvais, which similarly to CGR is family-owned and therefor “aligned with our cinema philosophy.” One of its auditoriums will be upgraded to ICE. Press Release – 15 November 2017

USA (CA) – Los Angeles-based art house operation Cinefamily will permanently closed after being rocked by sexual misconduct accusations. Silent Movie Theatre will be closed and renovated by the landlord. “The damage caused to the organization by the conduct of some and the crippling debt now facing the Cinefamily are, in the Board’s view, irreparable,” the board of directors said in a statement. Variety – 14 November 2017

USA (IA) – The Elkader Cinema in northeast Iowa has become the first to say that it will boycott the 8th “Star Wars” film over its 65% BO deamand and four-week play requirement. The cinema serves a small town of just over 1,200 residents, but will be the only one within easy reach for me to catch the film, had it gone ahead. Many other cinemas have complained about Disney’s terms, but none have yet confirmed that they will boycott the film. The Express – 17 November 2017 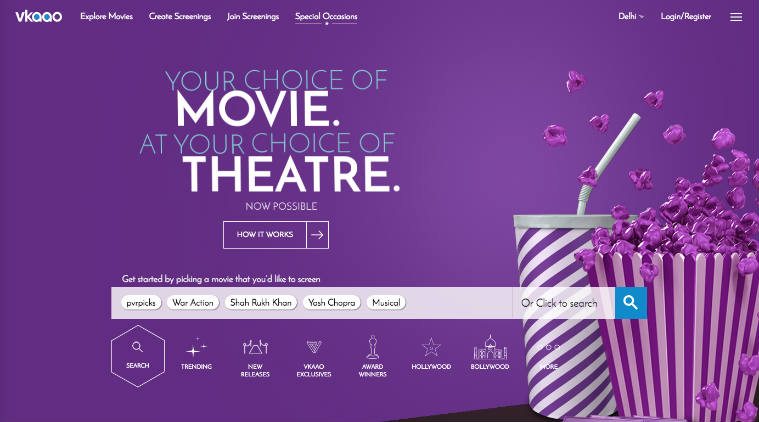 India – PVR has expanded a cinema-on-demand service through the VKAAO app from Bookmyshow. The app allows groups to request screenings of a particular older film and once people have signed up for a film (independents, classics, documentaries, etc), date and location they are charged and issued with a ticket. The platform currently has 400 titles.  “Since its inception in January 2017, Vkaao has screened hundreds of shows, including exclusive paid previews,” said PVR. Ultra – 15 November 2017

UK – The BBC looks at the ‘hundreds’ of small towns and villages setting up community cinemas.

The Picture House Cinema in Ballyclare, County Antrim, is a typical community cinema – the town’s last cinema closed decades ago.

“I’ve always dreamt of having a cinema in the town and with a great team of volunteers we’ve made it happen.”

Many of these initiatives are being made possible by regional film and cinema bodies like Film Hub NI and an army of dedicated volunteers. Hats off to them. BBC – 19 November 2017

U.A.E. – The last two single-screen cinema in Abu Dhabi are fighting to stay alive in the age of glitzy multiplexes.  Eldorado on Elektra and National on Fatima Bint Mubarak streets in the UAE capital are only able to be open on weekends and mainly serve south Asian guest workers and charge only a quarter of what tickets cost in swankier multiplexes. Gulf News – 18 November 2017

USA – MoviePass has appointed Screenvision’s SVP of Business Strategy Bernadette McCabe as SVP of Exhibitor Relations. “The hope is McCabe can head up the company’s outreach to the independent theater chains that have been more receptive to its pitch, as well as smooth ruffled feathers at larger exhibitors that initially threatened legal action.” MoviePass recently amassed USD $100 million funding to expand its customer growth. Variety – 15 November 2017 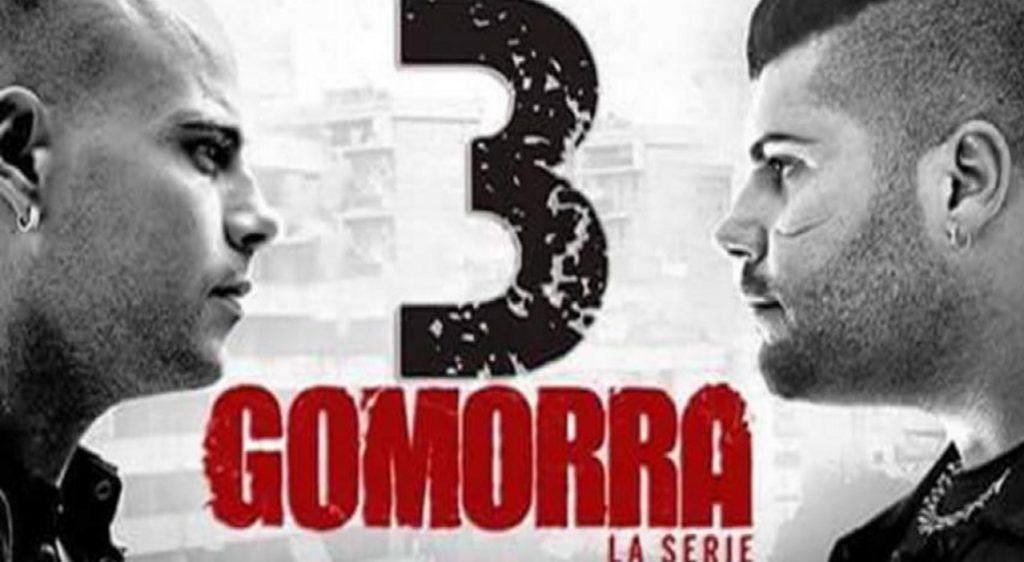 Italy – The third season opening episodes of mafia telelvision series “Gomorrah” has topped the box office chart in Italy, following an innovativer pre-release. “Sky Italia used its new Vision Distribution theatrical distribution arm to launch Episodes 1 and 3 of “Gomorrah 3” in 350 Italian movie theaters Tuesday for a two-day run, before the latest season of the crime saga begins airing Friday on its Sky Atlantic channel.” The show earned more than half a million euros in its mid-week release. Variety – 16 November 2017

India – Screenings of the film the multiple award-winning Marathi-language film “Dashakriya” have been cancelled in Pune after ‘pressure’ from the Brahmin community. “It wrongly depicts Hindu traditions by portraying Brahmins as people who perform the last rites of deceased individuals solely for their commercial gain,” said Anand Dave, president of the Akhil Bharatiya Brahmin Mahasabha. The organisation has warned of ‘agitations’ [i.e. violence] is the screenings went ahead. The Hindu – 16 November 2017

India – Meanwhile five men have been arrested for vandalism at a multiplex showing the historical drama “Padmavati” in Rajasthan. There have been threats of violence against cinemas showing the film for ‘insulting Hindus’.  Hindustan Times – 14 November 2017

Philippines – A man has been arrested for not standing during the playing of the national anthem in a cinema in Angeles, Pampanga. Seems that this is an arrestable offence not just in India. ABS-CBN – 20 November 2017

Korea (Republic of, South) – A fire in a nearby restaurant kitchen forced the evacuation of a CGV cinema in Dongtan. Hundreds of people were forced to leave but CGV staff have been criticised for inadequate handling of the emergency. There was no proper fire evacuation plan and people crowded into a staircase. Incheon Ilbo – 15 November 2017

Korea (Republic of, South) – K-Pop singer star and heartthrob Park Hyo-shin donned CGV staff uniform and served popcorn and drinks at a Seoul Yongsan Ipark Mall. The move was for the block music video collection “Beautiful Tomorrow” and fans who didn’t know he was appearing got a pleasent surprise with their popcorn and soda. Dispatch – 16 November 2017