How much does the Samsung Cinema LED screen cost? Samsung hasn’t told us, but according to Kris Hesson of Cinema Lasers LLC it is a cool USD $700,000. Yowza! At around twice the cost of a RGB laser projector, that probably doesn’t include the re-configured ‘halo’ speaker array required. And Henry Ford style, it comes in any size you want, as long as that size is 10.3 meters wide.

Hesson makes the point that most cinema screens have only just completed the 10-year upgrade cycle to digital. But now we’ve been hearing that some cinemas are looking at extending the life of their first generation equipment a year or two in the hope of skipping lasers and going straight for Cinema LED. Hesson’s Cinema Lasers/Power Technology would like to see cinemas retrofit laser light sources rather than buy new projectors; but while it is cheaper, there’s still no VPF for that either.

Lotte charges a KWN 2,000 (USD $1.77) premium on tickets for the Super S screen. At this rate Lotte will have to sell 791,000 tickets to cover the screen’s list price (remember, 50% goes to the distributor). Although Samsung claims that its screen offers savings by running up to 100,000 hours, cinema equipment is unlikely to be amortised for more than 10 years, meaning there won’t be time for sufficient savings to kick in.

Samsung has a goal of having a 20% global cinema screen market share within three years. That would make Cinema LED a USD $14 billion business – at list price. An explanation for Samsung’s eagerness can be found in the Financial Times article ‘Samsung record profits mask crisis without and within‘, as “investors are in the dark about Samsung’s new growth drivers” after recent imprisonment and resignation of its senior management. In the three years that RGB lasers have been selling IHS Markit estimates that 384 units have been installed worldwide, or 0.25% of the total digital screen base. 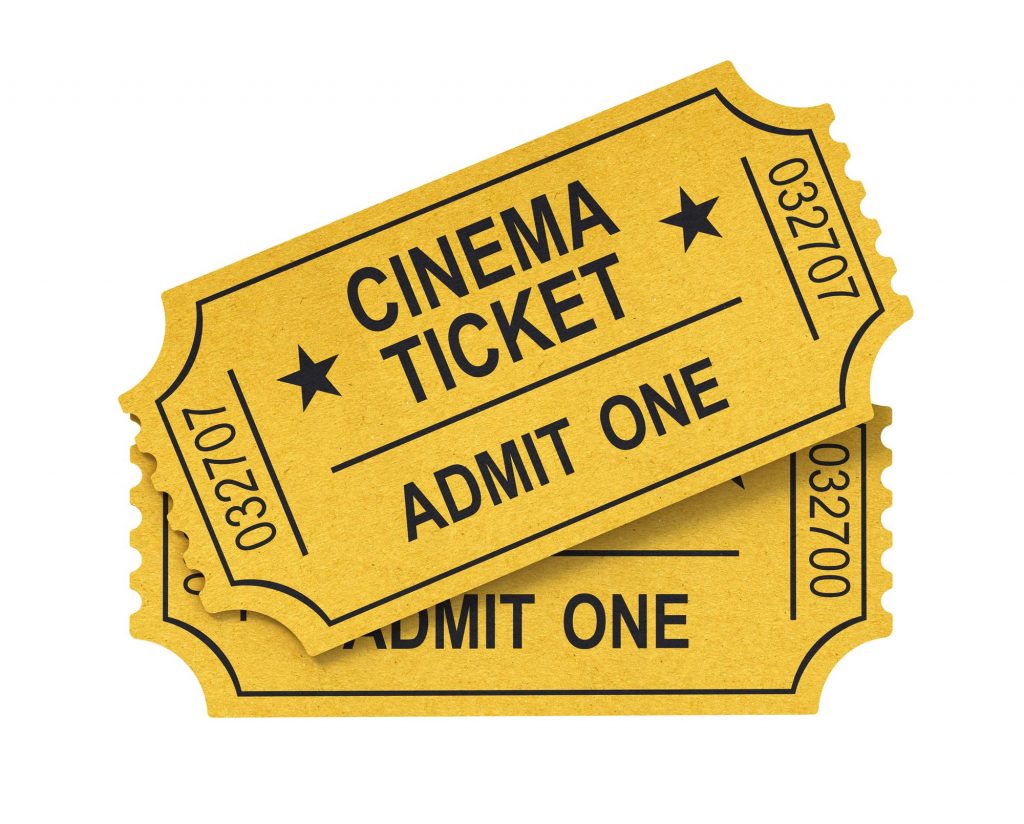 USA (CA) – Average cinema ticket price for the most recent quarter have been released by NATO:

Of the top 10 films in the quarter five were R rated (such as “Dunkirk”, the 3rd highest title), which means they skewed toward higher priced adult tickets. Moving forward, will MoviePass have an impact on average ticket price and, if so, how would you calculate that? NATO email

USA (FL) – The acquisition of Cobb by CMX will accelerate the trend of luxury dining cinemas. “In the first quarter of 2017, over one-fourth of total industry box office revenue was generated at theatres with reclining seats and other luxury amenities,” says Luis Castelazo, director, CMX Cinemas. In half the top 10 US markets it is 35%. Not so much the ‘the next big trend’ as the biggest current trend. Forbes – 17 October 2017

USA (NY) – AMC’s share price is down 57% year-to-date. Ouch. But Seeking Alpha writers are optimistic that a slew of blockbusters in Q4 will give the exhibitor its mojo back. “First off, cord cutting has no material impact on AMC because Netflix has thrived simultaneously with AMC for years now, so that is not a valid threat to their business. Second, people attend movies for the experience.” That and the USD $100 million share buy-back. Seeking Alpha – 17 October 2017

USA (NY) – Meanwhile the share price of Helios & Matheson Analytics is up 429% YTD. The majority owner of MoviePass admit that they are losing money and that they will need “a lot of money” to fund their growth. Mitch Lowe points to Netflix as a model for a company that can sustain losses for years, as long as investors keep the faith. He is right that the studio-cinema system is ‘broken’ when it comes to marketing movies. Bloomberg – 17 October 2017

Holland – Pathé is buying three cinemas from United Dutch Bioscopen and United Twentse Bioscopen. The cinemas are Tivoli and Cinema in Leeuwarden (nine screens and 1,390 seats between them) and Cinema Hengelo in Hengelo (five screens and 834 seats). Handover will be 1 December. HFN (NL) – 18 October 2017

Germany – Munich city has awarded prizes and several thousand euros to several independent cinemas for innovations in programming. These include the ABC, Filmtheater Sendlinger Tor, Museum-Lichtspiele, Rio Filmpalast,  Werkstattkino and the ‘Grand Dame’ Theatiner Film. Congratulations to them all. Blickpunkt: Film – 19 October 2017

USA (NY) – An NCM investor explains why he is ‘long’ in NCM and why he sees the stock as having potential. Good deep dive inte the ins-and-outs of cinema advertising in the US, as well as the impact of AMC selling (none) and MoviePass (positive). Usual disclaimer about financial advice. Seeking Alpha – 19 October 2017

Germany – A break-in at Berlin’s famous Kino Delphi saw 100,000 euro worth of damage and equipment stolen. The silent film era cinema was re-opened by enthusiasts in 2012 and was the shooting location for the recent TV series “Babylon Berlin”. “They must have come with a truck,” said the heart broken owners, who have poured their life savings into the cinema. Berliner Zeitung (DE) – 16 October 2017

France – Kinepolis has had to close one of its 10 screens in Thionville since mid-September because of a bed bug infestation. Next week sniffer dogs will be deployed to establish if the problem has been resolved. Nine people had reported being bitten before the screen was closed. Same problem as AMC had in New York last week. France3 (FR) – 18 October 2017

We started with a quote from the Financial Times, so we will end with one as well. I’ll just…leave this one here.