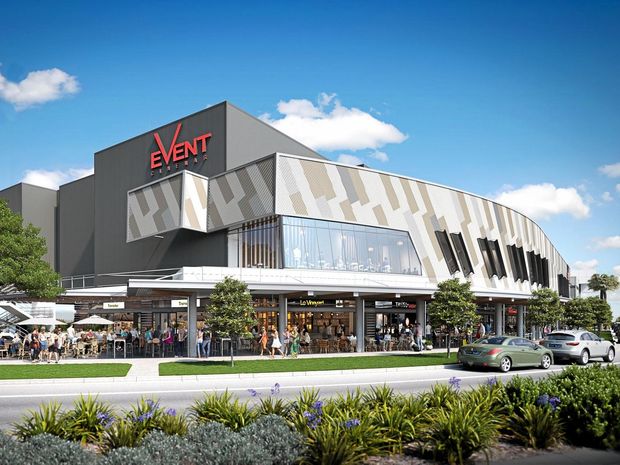 Australia – Event Cinema has won approval for its multiplex plans for Caneland, with five screens and a Vmax PLF auditorium, as well as seven restaurants and an underground car park. Daily Mercury – 17 April 2017

Japan – Aeon Cinema Chofu is set to open this autumn. The 11-screen cinema will have 1,650 seats, with the largest having 500 seats (making it the largest in Tokyo), and also including a 4DX auditorium. The multiplex is part of the development of the  Keio Line Chofu Station. AV Watch (JP) – 13 April 2017

France – A new cinema in Toulouse as plans are approved for a three-screen cinema set to open mid-2018. Rather worryingly the 299-seat cinema by SARL Cine Borderouge will have bistro and the design is described as having “decoration [that] will be similar to that of an Irish pub.” Perhaps they are thinknig Alamo Drafthouse. France Bleu (FR) – 10 April 2017

U.A.E. (Dubai) – Cityland Mall has signed an agreement with Vox Cinemas for a 10-screen cinema, including a Gold and Gary Rhodes menu. Said to be  UAE’s first ‘nature-inspired mall’ it is set to open in the second quarter of 2018 next to Global Village. The cinema wil also feature the region’s first kids-specific screen. Arabian Business – 14 April 2017

USA (NY) – Riverhead residents are worried that a proposed new multiplex on the site of an old Walmart will bring traffic, litter and be too high. The 10-screen multiplex with 1,490 seats is being proposed by Riverhead PGC, who want the 35 feet zoning restriction to be relaxed to 60 feet. Riverhead News-Review – 17 April 2017

UK – Blackburn is set to get a GBP £6.5 million eight-screen independent cinema, built on the former Waves Water Fun Centre in Nab Lane. The cinema will be leased to an independent cinema operator on a 20-year basis and is said to complement rather than compete with the town’s existing 10-screen Vue multiplex. Lancashire Telegraph – 15 April 2017 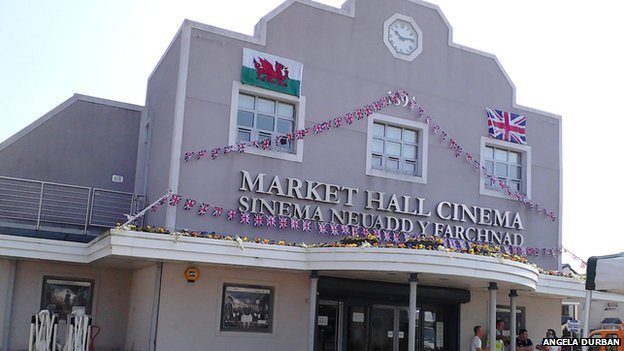 UK (Wales) – The oldest cinema in Wales has re-opened after four months of asbestos tests. The 123-year old Market Hall in Brynmawr had to close in November as it was building a second screen when asbestos was discovered. South Wales Argus – 13 April 2017

UK (London) – The Curzon Mayfair cinemas will not be closing, after developers Curzon 38 Ltd backed off regarding noise complaints, as they were converting office space above the cinema into luxury flats. London’s mayor intervened and said that developers rather than cinema will have to pay for any soundproofing. City AM – 12 April 2017

UK – AMC has major plans to redevelop its flagship Odeon Leicester Square cinema in London. “We want to restore its former glory as the No. 1 site in Europe,” Adam Aron is quoted as saying, with as much as GBP  £10-15 million (USD $12.5-18.5 million) to be spent. Changes will include upgraded sound, recliner seating and more restrooms. Variety – 11 April 2017

Germany – Wolfener’s single-screen cinema, which closed in 213, could be re-opened as a multiplex. Visionar Entertainment in Gotha is said to be behind the plans. The multiplex would have 5.5 auditoriums [sic] with 690 seats as an “innovative premium cinema”. The work would cost 2.5 million euro. MZ-Web – 17 April 2017

USA (NY) – Sag Harbor Partnership has struck a deal to buy the Sag Harbor cinema in Long Island’s Hamptons that was destroyed in a fire in December last year. The non-profit group paid USD 8 million for the remains of the building and will need another USD $4 million to $5 million to renovate it, but has already been getting donations. Sag Harbor Express – 13 April 2017

USA (NE)  – Hebron now has a two-screen cinema, with a second screen opening in the volunteer-run Majestic Cinema after donations enabled it to buy a second digital projector. A second screen will allow for wider programming. The similarly volunteer-run Widman Cinema recently also opened in Nebraska’s Central City.  Nebraska.TV – 16 April 2017

Germany – Two more screens for Dresden’s Urgestein Cinema. The 6 million euro refurb is the first one in 23 years for the arthouse cinema, which has three screens already. SZ-Online (DE) – 13 April 2017

China (Hong Kong SAR) – One of the oldest cinema in the Hong Kong territory is closing. MCL JP Cinema, in Causeway Bay, said ticket sales were good but rising rent and other costs had forced it to shutter. The Standard – 12 April 2017

Germany – Arson is suspected in the fire that damaged Berlin’s former Kosmos cinema. The fire started in a rubbish container and spread to the cinema located on Karl-Marx-Allee, which has been closed for 12 years. Tagesspiegel (DE) – 13 April 2017