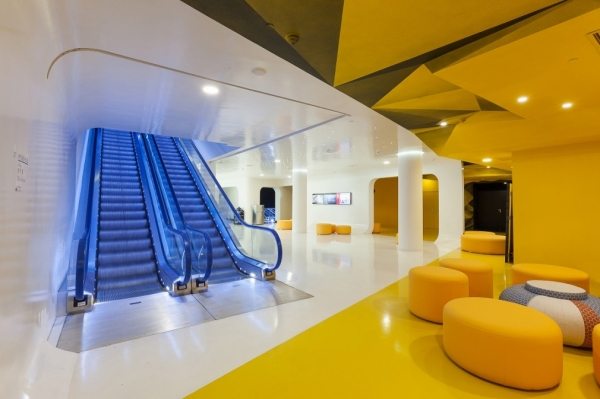 UK – The regeneration of Eden Walk in the town centre of London’s suburb Kingston includes plans for a boutique cinema. It will be located next to the Sky Restaurant, but no word on the operator. GetSurrey – 31 March 2017

UK – Plans for a GBP £20 million leisure centre in Grimsby include a proposal for a nine-screen cinema. Freshney Place Riverbed is still on the drawing board and no operator has been selected or time plan announced. Grimsby Telegraph – 31 March 2017

UK – Aberdeen could be getting a new seven-screen cinema under lans for the Bon Accord and St Nicholas shopping centres. Replacing the bowling hall the 28,000 sq ft cinema would seat 800 people and cost GBP £2.2 million. Plans have been gestating for several years but hope is for work to start soon. Evening Express – 30 March 2017

UK – Cinema plans have been submitted for Glasgow’s Princes Square. A 250-seat three-screen boutique cinema would be located in the former Dwell furniture store. Everyman is the preferred operator, for whom this would be their first cinema in Scotland. Evening Times – 4 April 2017

UK – Sheffield’s The Light cinema is opening on 14 April and The Star has an early peek inside. The GBP £8 million complex promises ‘luxury’ at affordable prices, with local F&B providers including Kelham Island Brewery and Our Cow Molly ice cream. The cinema positions itself as a re-generator of night life in the city centre, but options are split about another cinema in Sheffield, located just 400 meters from the town leading independent cinema.  The Star – 3 April 2017

UK – It looks like cinema war is looming in Scarborough, with two cinemas set to get go-ahead to build. Council officers are set to recommend plans for both Atlantis site and for a development on Newborough to be approved. However, the report notes that “[t]he cinema schemes on both sites are recommended for approval, but the likely outcome is that that only one of the cinema schemes would be taken forward in Scarborough.” This pits The Light (Newborough) versus Savoy (Atlantis).  Yorkshire Coast Radio News – 4 April 2017

UK – More uncertainty over Queensgate cinema operator in Peterborough, as the mall operators have started talks with two other chain than the original partner Odeon. Odeon’s change of ownership, as AMC acquired it, is said to have halted signing the deal at the last moment. Peterborough Today – 6 April 2017

UK – Dundee Wellgate cinema plans have been revealed, with The Light originally set to open a 900-seat cinema by 2017, though this has now been pushed back to 2019 “at the earliest.” The original plans were disrupted by the the collapse of BHS last year. The Courier – 7 April 2017

UK – Reel Cinema is set to anchor a leisure scheme in Kirby town centre. Set to open in 2018 the six-screen cinema is one of four that Reel plans to bring to the North West of England in the next few years. Insider Media Limited – 11 April 2017

Holland – Construction has begun on the Kinepolis Den Bosch multiplex. The seven-screen cinema will have 1,000 seats and set to open next to the Central Station. This is the fourth Kinepolis cinema in The Netherlands. With the Utopolis cinemas the Kinepolis acquired it will be the 16th cinema in the country. The town has a five-screen Vue and a five-screen Verkadefabriek. HFN (NL) – 7 April 2017

Germany – Berlin is undergoing something of a cinema boom at the moment, with everything from multiplexes (UCI Kinowelt), art-house chains (York) and independent cinemas (Wolf). Kino Klick is the latest independent, with 83 seats in the renovated cinema in Charlottenburg. Then there is City Wedding, Il Kino and Kino toni is changing owners. Berliner Burier (DE) – 26 April 2017

Germany – Delays for the new multiplex in Meiningen, which was due to have opened this summer. The €6 million seven-screen 800-seat Cineplex cinema by the Werner Rusch family encounter unexpected water from the ground during the construction phase. Augsburger Allgemeine (DE) – 6 April 2017

Germany – Lüdinghausen is set to get a new cinema by autumn 2019 at the latest. The proposal has been passed by the local government but no operator selected. Ruhrnachrichten (DE) – 10 April 2017

France – La Couronne (The Crown) cinema has opened in La Roche-Bernard. The two-screen cinema has 160 and 52 seats. The cinema will be run largely by volunteers. Ouest France (FR) – 4 April 2017

Iran – The latest multiplex has opened in northern Tehran in the Arg Center shopping mall near Tajrish Square.The 305-seat multiplex was financed by Hedayat Film, which eight more screens set to open in the complex. Tehran Times – 17 March 2017

Cayman Islands – Regal Cinemas has opened a new VIP screen in its Camana Bay Stadium 6 multiplex. Seating is just eight rows of comfortable leather recliners. The 58-seat cinema has Dolby Atmos and 4K projection. “A full range of home-baked, thin-crust pizzas will be available to all movie-goers. These cook in just three to four minutes and are part of an extended food menu that includes a wide range of meals and great-value combos,” says Simon Watson, operations manager at Active Capital Ltd., which operates the cinema. Cayman Compass – 6 April 2017

France – € 4.2 million will be spent to refurbish Le Palace Épernay cinema. Initially the work was to make the cinema wheelchair and access friendly, but the owners decided for a complete overhaul. L’Union (FR) – 5 April 2017

Korea – Refurbishment has been completed of the Lotte Cinema Daeyoung in Busan. The six-screen 987-seat cinema first opened in 1957 and underwent multiplexing in 1999. Metro Seoul – 1 April 2017

UK – Art-deco cinema in London’s Hackney could re-open after 33 years. “Auro Foxcroft, the man behind Shoreditch spot Village Underground, wants to dust off the seats of the old ABC and Savoy cinema.” The last film shown there was Al Pacino’s “Scarface”. Hackney Gazette – 6 April 2017