Direct view technology that does away with projectors was the big talk of last week’s CinemaCon, with public demonstrations of Sony’s CLEDIS and invitation-only demos of Samsung’s solution (trade journalists like us were not invited, but you can read about it in the Daily Mail instead, ho-hum). We were very impressed by the Sony CLEDIS and the stunning quality of the images that it produced, even if Sony were the first to admit that they had no immediate plans to offer this to cinemas. We will let you know what we think of the Samsung technology – once they invite us to see it. Xataka (ES) – 31 March 2017

Sweden – Right in the middle of CinemaCon came the confirmation that AMC has completed the acquisition of Nordic Cinema Group (NCG). Regulatory and shareholder approval was never in doubt, but this was still an important confirmation that clears the way for AMC to start integrating its operations in Europe under the Odeon Cinema Group umbrella. Management changes already appear to be in full swing. Press Release – 29 March 2017

USA (NY) – In related news, FBR Capital is bullish about AMC, raising it to ‘Outperform’ from ‘Market perform’ and increasing target price form USD $33 to USD $37. The acquisitions of Odeon and Nordic are seen as key to lifting the bottom line. Seeking Alpha – 3 April 2017

Russia – Lots going on in the Russian cinema sector we learned at CinemaCon (in off-the-record conversations) with a consolidation to mirror what is happening in US but on much more shadowy terms. Companies associated with oligarch businessman Alexander Mamut have acquired stakes in both Cinema Park and Cinema Formula (Formula Kino). The news comes at a time of rising patriotic Russian films, with the eights “Fast and Furious” opening pushed back a week for “Time of the First” (above) Russian cosmonaut epic. BNE Intellinews – 31 March 2017

Belgium – When it comes to reporting cinema data Belgium – more specifically the French-speaking Walloon region – is notoriously behind other European countries. This is set to change with the Centre du cinéma et de l’audiovisuel (CCA) audio-visual body signing an agreement with Cinedata ASBL (which includes film distributors and cinema operators) to collect attendance and box office data. Cinema attendance is the French-speaking half is poor compared to both France and Flemish part of Belgium. La Libre (FR) – 2 April 2017 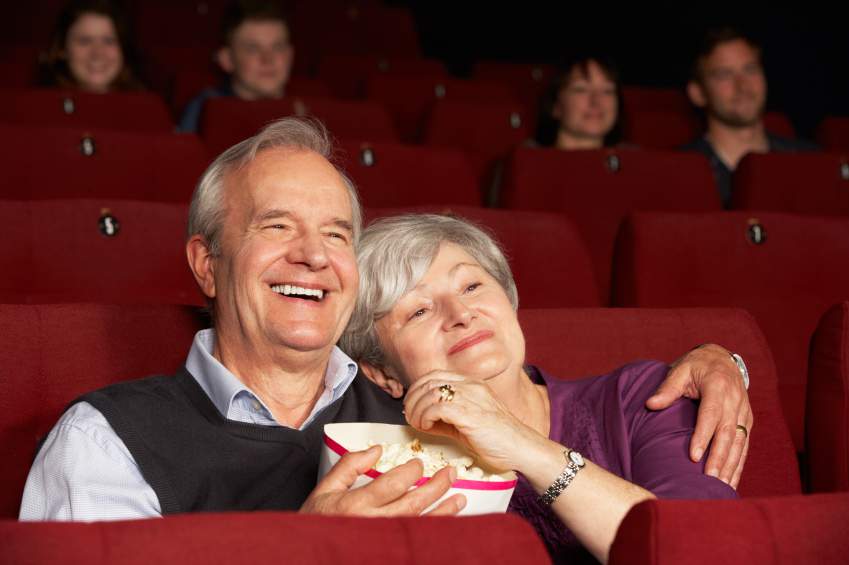 USA (NV) – Interesting cinema-going statistics released by Movio and AARP during CinemaCon shows that 50-plus cinema patrons make up a third of US cinema audiences. “The 50-plus consumer group is bolstering blockbusters, driving drama film box office revenue, as well as creating lucrative new niches that don’t rely on mega budgets and foreign exhibition success to be profitable.” They are also responsible to a large extent for the likes of Kevin Costner still having a career on the big screen. Press Release – 29 March 2017

UK – Fewer seats mean more admissions. Luxury seating was definitely big at CinemaCon and the manufacturers’ factories are working flat out – because the economics are compelling. “This is just the first wave, and with 140,000+ screens worldwide at roughly 70-100 seats per screen (in luxury format) = 10-14 million seats at around £500-3,000 per seat?” Read the latest piece of insight from OZSeeker John Sullivan. OzSeeker – 18 March 2017

UK – Town centres are being revived by new cinema openings, reversing the trend of out-of-ton multiplexes, according to research by Cushman & Wakefield. Even more interesting is the finding that independent brands account for two-thirds of planned new developments. 144 ‘proposed’ venues are identified, and only 17% are in out-of-town locations. OzSeeker – 7 March 2017

UK – Somewhat related to this Phil Clapp of the UK Cinema Association (UKCA) published a letter in the Guardian effectively saying that Netflix is not about to ‘kill cinema’, which is in ruddy health (I paraphrase), though a dissenting letter from Christopher Warrack of Open Cinema took issue with some of the claims. The Guardian – 27 March 2017

Spain – The government in Spain has reduced Vat (sales tax) from 21% to 10% for live cultural events, but not for cinema. The higher rate was introduced in 2012 and will be reduced when the Spanish government’s finances improved, it’s been promised. This means that bull fights will be cheaper but not blockbusters, though cinema got a €10 million boost in the latest budget. 20minutos (ES) – 31 March 2017

India – Cinema ticket price caps of INR 200 (USD $3) mandated by the regional government are yet to see the light of day in the state of Karnataka where Bengaluru (Bangalore) is the capital. The proposal has yet to be confirmed by the state legislature and cinema operators are opposing it – not surprisingly. Bangalore Mirror – 1 April 2017

India – Miraj Cinemas plans to grow by 35 screens by October this year to have 100 screens across India and 200 by 2020. As always claims of rapid cinema growth in India should be taken with a generous pinch of salt. Miraj previously claimed it would cross 100 screens by the second quarter of this year. MoneyControl – 2 April 2017

India – Somewhat more realistic growth plans by PVR, which aims to double revenue to INR 4,000 crore (USD $615 million) and screen count to 1,000 across India in the next five years. But they themselves would be the first to tell you that it won’t be easy. “How do we complement more entertainment for the customers and how do we offer more variety under food and beverages (F&B)? Can we bring more merchandising and add more advertising revenue stream? That would be the two pillars of our strategy,”PVR Chief Financial Officer Nitin Sood is quoted as saying. Financial Express – 29 March 2017

France – CinéPool is the app that promises to find you cheap cinema deal by facilitating group buying of cinema tickets to take advantage of group discounts at nearby cinemas. The concept is similar to that of ride-share service BlablaCars and claims to offer cinema ticket for €6-€8 instead of as much as twice as that. Europe1 (FR) – 1 April 2017

France – CGR denies that it is suffering a “rat infestation” in its Bruay-la-Buissière multiplex, although Benoist Gagé, the director of the Bruay cinema, acknowledges that it is working to ‘overcome’ the pest issue. The supposed infestation has been widely reported in social media. The cinema sits in the middle of a busy district with restaurants and food shops. Exterminators have been called in. L’Avenir (FR) – 3 April 2017

UK – A driver smashed a car into the Empire Cinema in Sutton. Fortunately nobody else apart from the woman driver was injured. Sutton Coldfield Observer – 31 March 2017

France – The Eurovision Song contest will be screened live in CGR cinemas. The event in Kiev in Ukraine on 13 May will be shown on France 2 public broadcaster but also in CGR cinemas for the price of €8. Interesting to see how it well it will compete against free-to-air television. No doubt there will be popcorn sold – with extra cheese. 20minutes (FR) – 29 March 2017

Korea, Republic of (South) – CGV decided to have a little fun for 1 April, so as a joke they invited customers to drink any ‘fixed size container’ and they would fill it up with popcorn as part of their combo offer. No plastic bags allowed, but we are amazed at the ingenuity of what some people brought along (see below). Sadly this one-day-only offer expired after April’s Fool day. DongA (Korean) – 3 April 2017