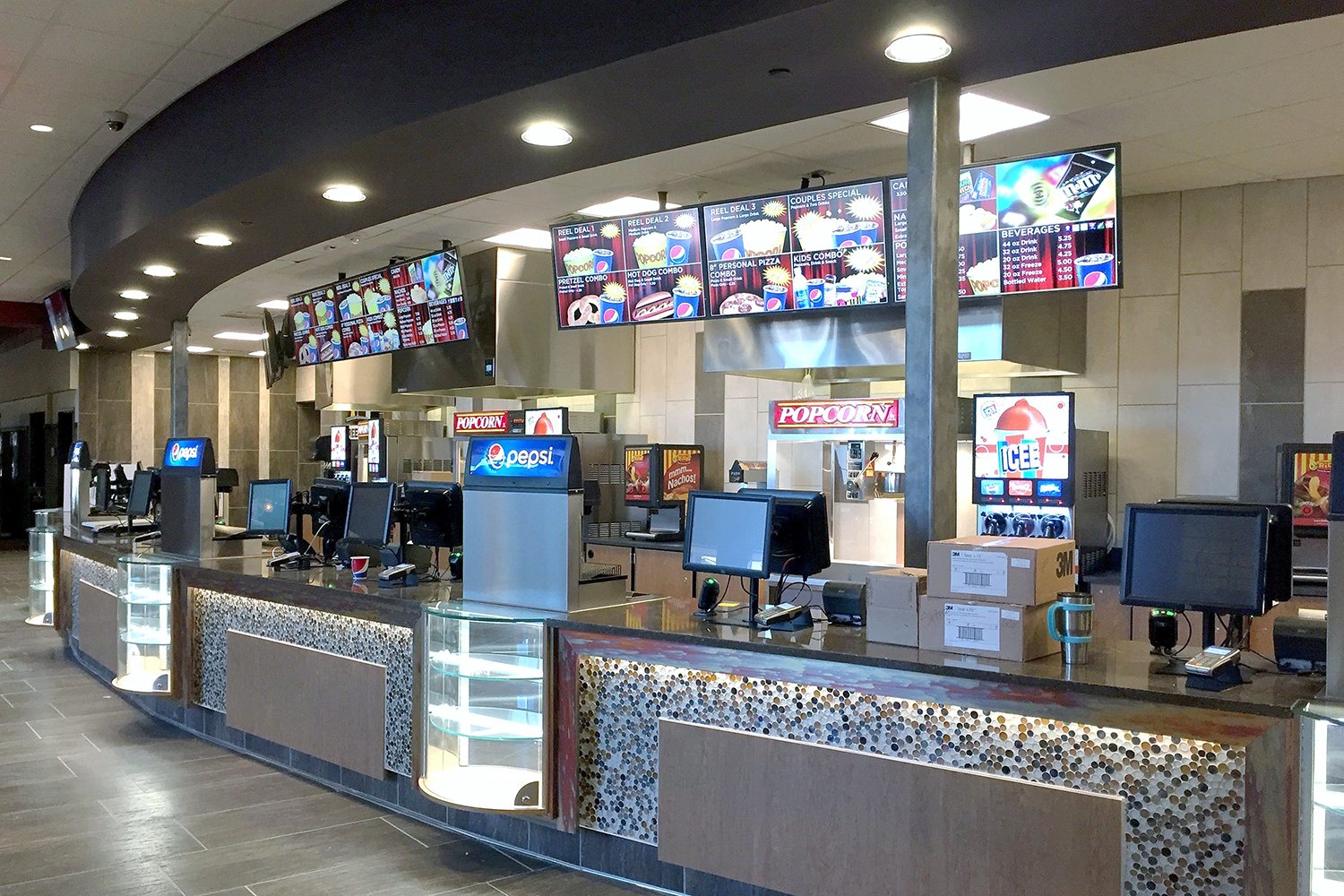 London’s Olympic Studios, where the Stones, The Who and Beatles all recorded, is CJ + Vista’s Cinema of the Month

USA (FL) – South Shore’s first multiplex is set to open this week as Goodrich Quality Theaters unveils the Riverview 14 GDX (giant digital experience) just south of North Mantee county, on the west coast of Florida. The will have 4K projection on two of its 70 by 40 foot screens with Dolby Atmos sound and comfy seats. Other screens are 35 to 40 feet wide. Some USD $20 million has been spent on the 1,665 seat cinema, with electrical recliners for all screens. There is a cafe, bar and gastro pub with both wine and beer available. This is the first Goodrich cinema in Florida, with its previous 30 cinemas spread over Michigan, Missouri, Illinois and Indiana. Observer News – 10 March 2017

UK – The Light has announced the Sheffield site opening date – Friday 14 April. The nine-screen cinema is located in the re-developed The Moor shopping centre in the city centre. The cinema will have a great focus on food that goes beyond the “predominantly youth targeted popcorn and cola” offerings. The Star – 6 March 2017

UK – The Light has also announced details about its planned cinema in Scarborough. LinkedIn – 1 March 2017

UK – Barnsley Council has approved a GBP £70 million plan for the second phase of the town’s regeneration. This includes the Glass Works town centre project that will include a 13-screen Cineworld multiplex taken on a 20-year lease. The 2,000 seat cinema will include a 450-seat Super Screen, with completion date set for May 2020. Retail Times – 13 March 2017

UK – Everyman appears to be the preferred operator for the proposed boutique cinema in Weybridge Hall. The local council is meeting on 15 March to discuss plans to convert the ground floor of the 100+ year old community hall – which was a cinema between the 1930s and 1950s – into a small cinema, while the upper floor would be turned into apartments. Get Surrey – 8 March 2017

UK – More detailed about the Haverfordwest cinema plans. Premiere Cinema is set to build a five-screen cinema that is claimed will attract 177,000 visits and an additional 35,000 tourist visits, as well as creating 65 to 85 new jobs. But there are flooding worries related to the cinema’s location. Milford Mercury – 7 March 2017

Croatia – Blitz-Cinestar has just opened its 13th multiplex in Croatia – and it is an all-laser, courtesy of Barco. The Kaptol Boutique Cinema & Bar five-screen cinema represents an investment of around €1.9 million and is the operator’s 19th in the region. Film New Europe – 7 March 2017

Japan – Aeon entertainment opens the cinema complex “Aeon Cinema Tokushima” with the latest audio/video systems such as “MX4D”, “DTS:X” which is the first in Shikoku, in the Aeon Mall Tokushima in a large commercial facility on 27 April. AV Watch – 9 March 2017

India – Cinepolis is the intended anchor tenant for the biggest mall in Bhubaneswar, set to cost INR 500 cr (USD $75.5 million). Kolkata-based Forum Group is behind the Forum Esplanade project. Cinepolis would open a seven-screen cinema with seating capacity of 1,250 when it is completed in March 2018. Business Standard – 11 March 2017

USA (TX) – Movie Tavern Denton has re-opened after getting a VIP make-over and growing form four to nine screens, seating 85 to 135 in the new screens. There is a new bar and customers can now book online or in one of the kiosks instead of a box office. DentonRC – 11 March 2017

Antigua – The Deluxe Cinema will be bought by the government of Antigua from the Antigua Commercial Bank (ACB) for USD $8 million. The downtown cinema is partly owned by the family of Foreign Affairs Minister Charles “Max’ Fernandez. There are plans to convert it into a performing arts centre. The Daily Observer – 10 March 2017