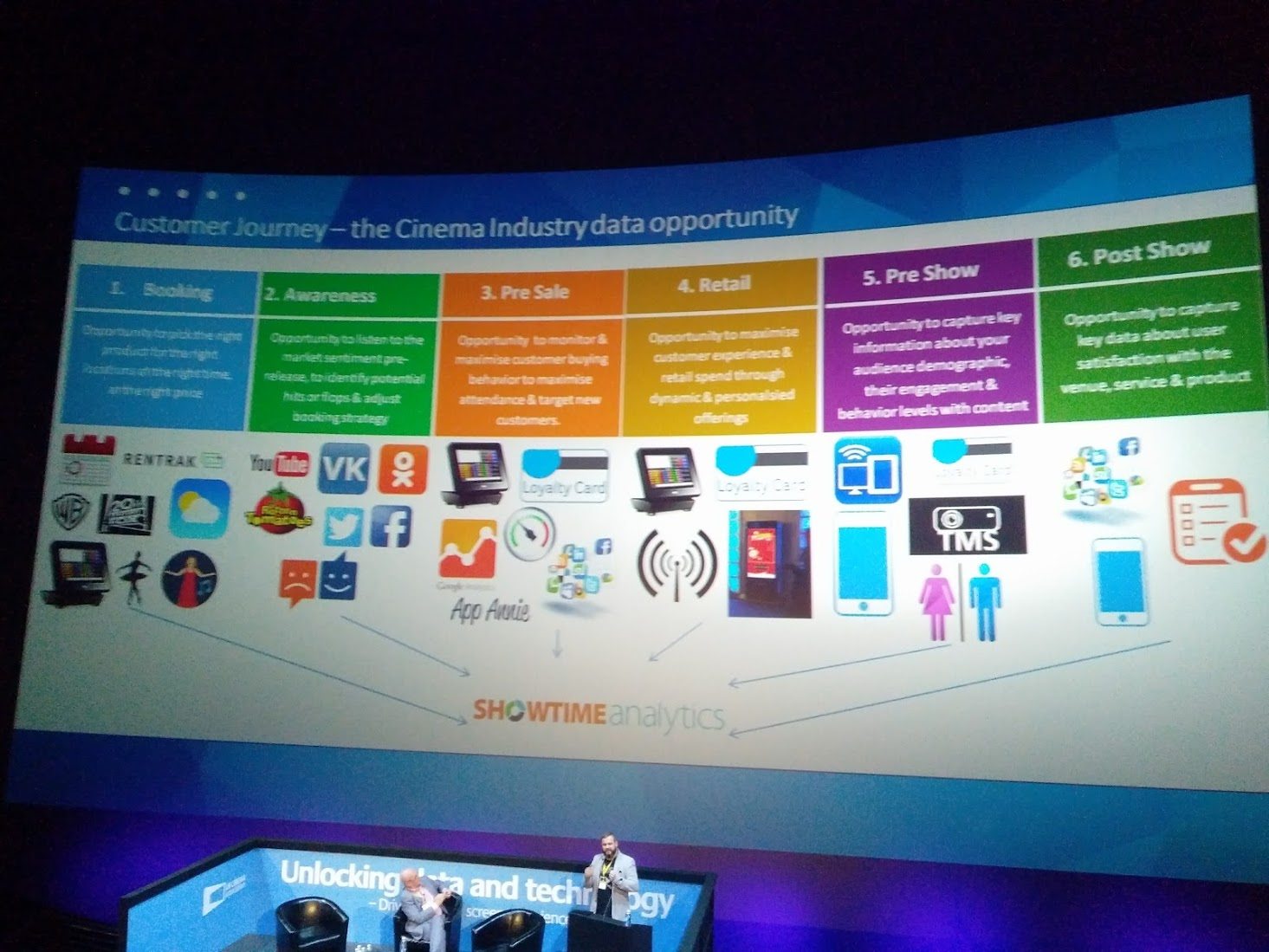 UK – This week saw the UK Cinema Association annual conference, with a 1.5 packed days’ focus on Data and Technology. No conference summery from us (and we were sworn to secrecy on the extended Imax film that was previewed) but Screen Daily has several good articles on some of the highlights of the event. Odeon’s Peter Waugh talked about “pivoting from film-centric to guest-centric strategy,” including scrapping the online booking fee. “Why penalise our most loyal customers for booking early?”. This sentiment was echoed by The Light’s Keith Pullinger. There was also an interview with UKCA’s head Phil Clapp on the eve of the conference where he discusses year-round releases, piracy, digital upgrade investments and more. The second day covered HDR, immersive audio and more. Overall a very good conference – including two great opening presentations from film critic Mark Kermode and data scientist Daniel Hulme from Satalia – with the added bonus of seeing Graham Spurling talking seriously and at lengths about the use of data for his cinemas (above) without a single smutty innuendo. OK, maybe one or two. (PvS)

UK – At the conference David Hancock made the point that of 900 films released in the UK in 2016 the Top 100 accounted for 94% of the box office. These findings seem backed up by a new study released by the Film Distributor’s Association (FDA) in its new annual yearbook. The Top 20 films accounted for 48.6% of BO and a third of all releases took less than GBP £10,000. Screen Daily – 1 March 2017

UK – Perhaps the reason so many films get released in K cinemas (but not watched) is because the cost of print and advertising has been steadily declining for the past decade. CJ friend Stephen Follows has been crunching the numbers on the cost of movie print and advertising. Not surprisingly the switch form 35mm film to DCPs has pushed down the print cost, with 90% of spend now being advertising. But other interesting findings too. Stephen Follows – 27 February 2017 Poland – The Vue-owned cinema chain Multikino is the latest to have launched a new version of its website with responsive web design. which changes the look of the page based on how you re accessing it, whether form a computer, tablet or smartphone. Over 50% of the traffic to the website is now from mobile devices, so such a change makes sense. Retail net (PL) – 1 March 2017

France – Eclair has released a white paper on encoding and playing back EclairColor HDR content in cinemas. Later this month the team from Eclair will be back in Los Angeles and we should also expect an announcement at CinemaCon. FranceInfo takes a look at the “revolution of the cinema image” that is the pride of France. FranceInfo – 2 March 2017

Germany – An in-depth look (in German) on why stereoscopic 3D seems to have failed (or at least fallen out of fashion in cinema. Moviepilot (DE) – 1 March 2017

UK – Cineworld is not backing down in the labor dispute with striking Picturehouse staff over London Living Wage (GBP £9.75 per hour). Bectu union-affiliated members from the London-based Ritzy, Hackney Picturehouse, Picturehouse Central and Crouch End Picturehouse staged a strike in London’s Leicester Square on 25 February. Picturehouse’s Duke of York’s cinema in Brighton could be the next to see strikes. Screen Daily – 25 February 2017

Korea (Republic of, South) – Over 100 people were evacuated from the cinema on the 5th floor of Baekseok-dong Goyang General Terminal Building 0n 27 February. Nobody was injured but it is the same location where nine people died three years ago during a renovation. Seoul.co.kr (KR) – 27 February 2017

UK – A mother with an autistic son was allegedly refused entry to an autism-friendly screening because it was full of children without special needs. Five-year old Alfonso wanted to see “Lego Batman” at The Light cinema in Wisbech, but high demand meant that the tickets to the screening were sold on a wide basis. Last year the woman was told to leave a screening of “Pete’s Dragon” after her sons got over-excited. The Sun – 26 February 2017 UK – We doff our hat to London’s Rio cinema, which played a brilliant Oscar-related prank this past week.

Oliver Meek, executive director of the Rio, said that after the events on Oscar night, when La La Land was announced as winner of the best picture Academy award instead of the actual winner, Moonlight, “we thought: wouldn’t it be funny if we played a bit of La La Land?”

“We saw we still had the La La Land teaser trailer on the projector, so just before Moonlight started, at 9.15, our manager brought up La La Land. After about 20 seconds we faded it down and made it look like it had been a bungle by the projectionist: we cut the picture, but you could still hear the sound, for a few seconds, then cut that. Then we started up Moonlight as normal.”

The audience quickly cottoned on and started applauding. Only a small chain with innovative managers could pull this off. Respect. The Guardian – 2 March 2017