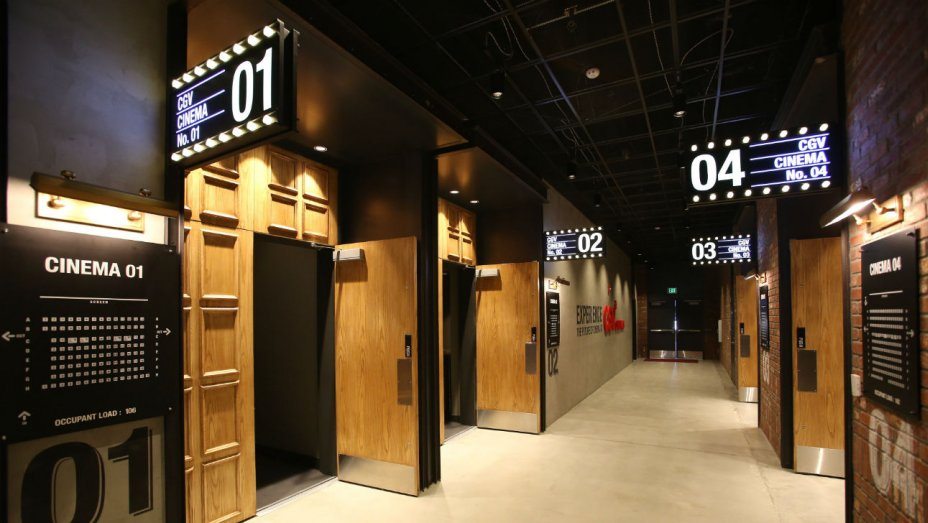 USA (CA) – CJ CGV has opened its second cinema in the US. The ‘Cultureplex’ in The Source OC mall in Buena Park, California is an eight-screen 1,187-seater offering both 4DX seating and Screen X – the first cinema in North America to offer the immersive screen format. There is also a premium cinema and premium dining experience. CJ CGV already operates its first three-screen multiplex/’Cultureplex’ in Los Angeles’ Korea Town and plans to open a third location shortly in an area with a high density of Asian-Americans, having failed to acquire Sundance Cinemas in 2015. THR – 30 January 2017

USA (WI) – Micon Cinemas has won the right to turn an old Sears building into a multiplex in Wausau City. The planned theatre has also been given a USD $1 million ‘forgivable loan’. The city’s downtown area has been in decline after the closure of several stores. WAOW – 25 January 2017

USA (TX) – The grand opening of the Alamo Drafthouse Corpus Christie has been pushed back a week from its original 3 February date. KZTV10 – 31 January 2016

Qatar – Nova Cinemas will open a seven-star multiplex in the upcoming development Msheireb Downtown Doha. The cinema will feature a private VIP lounge, a personal butler service, a fine dining menu selection as well as fully reclining automated lounger seats. Nova already has three cinema in Qatar and by 2018 it will have seven Imax screens and 220 screens across the Gulf region. Gulf Business – 30 January 2017

UK – A GBP £15 million pound scheme for Macclesfield to get a cinema at the site of the Churchill Way car park has been approved. Delays means that the cinema will not open in spring 2018 as planned but later in the year. The cinema will have different size auditorium instead of a more traditional multiplex format. Macclesfield Express – 24 January 2017

UK – Reigate & Banstead Borough Council’s have approved a GBP £40 million plan for a cinema and retail and restaurant complex in Redhill. The six-screen cinema will be joined by 11 shops and 153 apartments. Construction is due to start later in 2017 and complete in 2019. No operator has been elected yet. The Planner – 24 January 2017

UK – The newest Empire Cinema will open in Ipswich’s Buttermarket in March. The 12-screen cinema will feature luxury seating as standard in all screens, two Impact PLF screens with Dolby Atmos, two D-Box screens and Ben & Jerry’s ice-cream concessions. This will no doubt put pressure on the Cineworld in Cardinal Park. Ipswich Star – 25 January 2017

UK (Northern Ireland) – Movie House Cinemas have revealed plans about its Dublin Road site, which will include an eight-screen cinema and an outdoor screen. The One Bankmore Square project is an GBP £65 million office development that would be Northern Ireland’s largest if it is approved after consultation. A campaign to save the existing cinema has been launched online. BelfastLive – 26 January 2017

France – The new multiplex in Pays d’Ancenis is not opening until the second half of 2018, but it already has a name: Eden 3. This is the name of the current cinema and was selected after a poll of 130 local inhabitants. Ouest France – 28 January 2017

India – PVR has opened its sixth multiplex in Gujarat’s capital Ahmedabad. The seven-screen multiplex at Arved Transcribe Plaza features 2K and 4K projection, as well as 3D. PVR now has 569 screens at 123 properties in 48 cities across India. IIFL – 25 January 2017

USA (TN) – The Malco Wolfchase Galleria Cinema 8 is closing for renovation and will re-open in late March or early April. Around USD $650,000 will be spent on the theater upgrades, “including new seats (the cinema contains a 400-seat auditorium that is among the largest in Malco’s 34-theater circuit) and a new lobby.” The menu will be expanded, including “healthy” option [Larry, I thought you said ‘healthy options’ have no takers?] and also ‘adult beverages’, a.k.a. alcoholic ones. The Commercial Appeal – 30 January 2017

USA (NY) – A lok inside Manhattan’s beautifully restored Village East Cinema. The cinema in 181 Second Avenue is one of the last surviving “Yiddish Rialto” theatres along second avenue, though today it hosts arthouse and independent films. Previously known as The Louis N. Jaffe Theater it was built in 1925-26 by the eponymous developer and Jewish leader. 1,252-seat theatre cost USD $1 million to build and later hosed the original production of “Grease”. It looks simply stunning. 6sqft – 27 January 2017

UK – The Electric Palace Cinema in Harwich will be re-opened after a major grant to restore it. The 1911 cinema was open until 1956 and was derelict until it was ‘re-discovered’ in 1972. The building was given Grade II listed status and run as a community cinema since 1981. Conservationist experts will carry out the work. East Anglia Daily Times – 24 January 2017

Switzerland – After a four-week closure the cinema in Freienstein-Tufen near Zurich has re-opend. The Kino Freienstein has new seats and furniture, new flooring and a new bar. It’s been 20 years since the last makeover. Zurcher Unterlander – 29 January 2017

Denmark – Copenhagen’s iconic Palads cinema is in danger of being demolished. The pastel coloured cinema on Axeltorv could become victim of DBS Ejendomme’s plans to tear it down and build a high-rise complex in its place. DBS Ejendomme is in discussion with cinema operator Nordisk who has been running the cinema since 1929. With 3,000 seats it was Scandinavia’s largest cinema when it opened. It got its colourful coat in 1989. CHpost – 30 January 2017

Lithuania – Vilnius’ former cinema Lietuva (Lithuania) will de demolished this spring. It will be replaced with a Centre of Modernist Art. ZW.lt – 30 January 2017