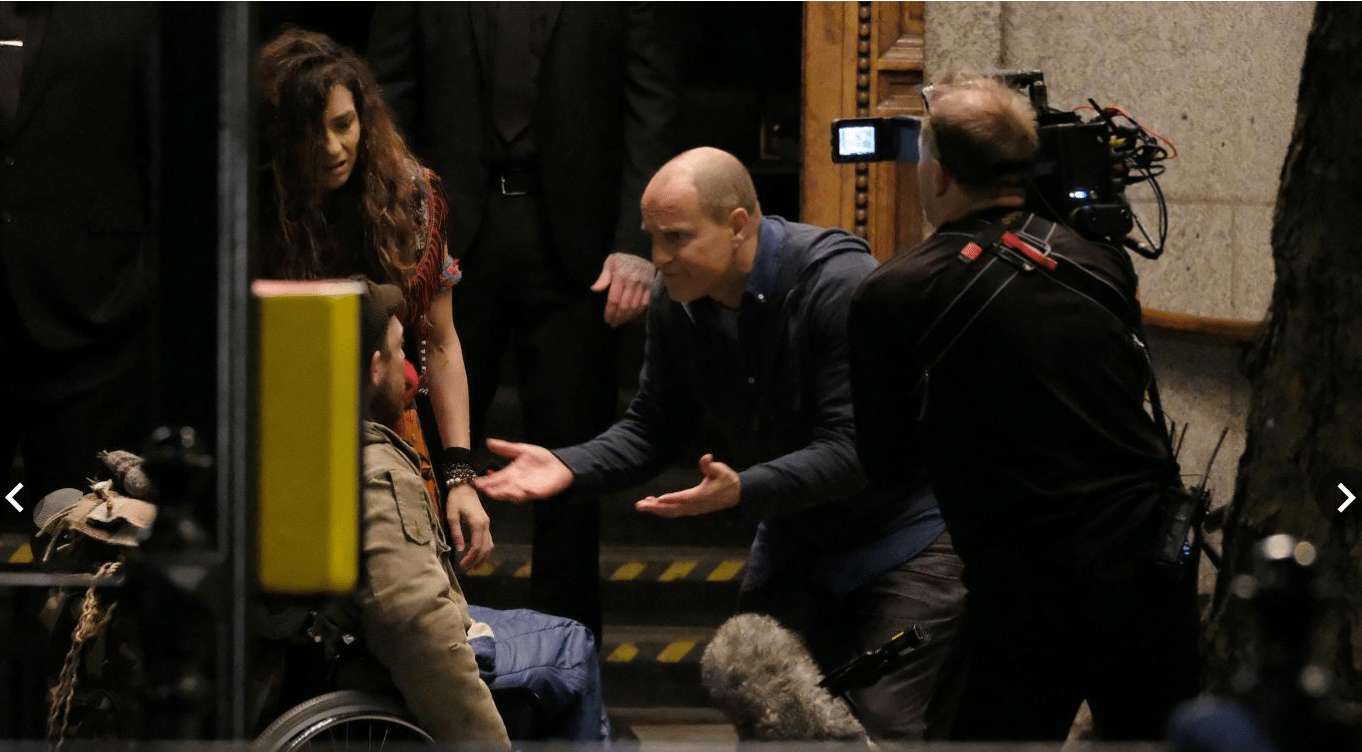 UK – Woody Harrelson pulled off his “Lost in London” live cinema film. The organisers admitted in a pre-shoot interview with CJ that it was a case of “embrace the unknown.” But even they could not have anticipated that Waterloo Bridge, where the film was set to climax, would be closed just before the shoot due to the discovery of an unexploded World War II bomb. Despite this the event was a success, with Screen Daily calling it “a magic night of cinema which felt truly innovative” and The Guardian calling it a”unique work that fuses technical wizardry with self-deprecating satire.” Only those in one of the 500 US cinema that Fathom screened it in, or the one London location (Picturehouse Central) were lucky enough to witness this daring feat. The Guardian – 20 January 2017

India – PVR has launched its own version of cinema-on-demand. Instead of involving the liked of Tugg or OurScreen, PVR has launched Vkaao service, that allows people to request to see a film from a catalogue of 400 older Bollywood, Hollywood and regional Indian language features. The cinema-on-demand service then schedules a screening of enough people book a particular title on the same screen. Will be interesting to see if PVR can make it work. The cinema chain aims to cross 600 screens this fiscal year. Mashable – 21 January 2017

India – An Indian expat promises to invest USD $10 billion (sic) to modernise Indian film production, distribution and exhibition.Project Indywood’s aim is to “elevate Indian film industry to be at par or above its peers in the world”, Sohan Roy told Khaleej Times. Its aim of installing 10,000 4K projector and 100,000 2K projector is as laudable as it is implausible. Khaleej Times – 21 January 2017

Korea (Republic of, South) – The number of cinema goers in Korea decreased for the first time in seven years. Total number of visitors was 210.12 million, which is 280,000 fewer than the previous year, despite the global hit “Train to Busan”. In 2015 Korea recorded 4.22 cinema visits per inhabitants, one of the highest in the world, but “2017 is expected to be a litmus test for whether our movie market will grow bigger or stagnate,” film market analyst Kim Hyung-ho is quoted as saying. Chosun (KR) – 20 January 2017

Norway – Is this the world’s first environmentally certified cinema chains? Norway’s KinoNor has been awarded the “Miljøfyrtårn” environmental certification for all of its cinemas’ effort to go green. Trondheim cinema already got this certification in 2011 and other members of the chain are now also signed up. Berlin’s Yorck Group proudly states that it uses 100% renewable energy, but as far as we know, this is the first chain to get a seal of green approval on all fronts. Press Release – 20 January 2017

UK – The Observer takes an in-depth look at how event cinema and good old fashioned showmanship has transformed the fortunes of independent cinemas post-digitisation. In the UK independent screens are up from 17% to 23% in just a couple of years – more if you include the likes of Cineworld-owned Picturehouse. “Live-streaming and satellite has really saved our bacon,” says Felicity Beckett, who manages the Duke of Yorks Picture House in Brighton. The Guardian – 22 January 2017

USA (KA) – AMC is expanding its partnership with Imax by 15% to have 175 screens in place by the end of Q1 2017 and 185 through 2019. AMC’s Imax footprint increased through the Carmike acquisition. AMC is also upgrading older Imax installations to laser projection and 12-channel immersive sound, as well as seating and other amenities. Press Release – 19 January 2017

France – France’s Minister of Culture is signing a decree which means that not all non-simulated sex scenes in cinema will mean that minors are barred form seeing them. The conservative pressure group Promouvoir had previously lobbied to have fits such as “Ken Park”, “Nymphomaniac” and “Antichrist” banned to under-18s. In the future only films “involving scenes of sex or violence likely to seriously hurt the sensitivity of minors,” will be on the no-entry list for minors. LCI (FR) – 19 January 2017

India – An elderly man was allegedly punched by by a drunk man for ‘disrespecting’ the national anthem. The incident took place at a screening of “Dangal” at a cinema in Mumbai’s Goregaon. The man had stood when it played before the film, but not when it played as part of the film’s plot about two real-life medal winning Indian female wrestlers. NewsX – 23 January 2017

Belarus – Bed-cinema is coming to Europe, with the Youth Centre in western Belarus city of Grodno planning to open an auditorium with beds and couches this spring. There will be a bar and a few rows of regular seats says spokesman Jurij Aleksey. Gordon already has a night cinema and cinebar. Eurobuild (PL) – 20 January 2017

Australia – But Sydney has done one better by launching an OUTDOOR bed cinema. Mov’In Bed cinema is launching an extended 45-day screening at Parramatta Park. “There are nights to suit all tastes, mutli-award international movies in original language, manga nights, family nights, classic Sunday, the best of 2016 and the latest blockbusters,” says founder Simon Ripaud. Perhaps easier to pull off in January in Australia than in Belarus. Daily Telegraph – 20 January 2017

Belgium – Barco’s Wim Buyens has been appointed as chairman of the executive committee and board of governors of the Advanced Imaging Society. In his day job Buyens is Senior Vice President and General Manager of Barco’s Entertainment division. The AIS was founded in 2009 and as well as the Hollywood studios counts IMAX, Dolby, Panasonic, MasterImage and others as its members. Press Release – 20 January 2017 USA (CA) – Interested in being Sony Electronic’s Head of Digital Cinema in the US? “Responsibilities include managing a high-performance sales team that is skilled in solutions sales at the highest levels within the customer base, selling hardware, software, systems, and managing industry relations with studios, exhibitors, mastering facilities, industry organizations (SMPTE/ISDCF/DCI/ICTA),and other industry partners.” Sony website

USA (OH) – Marcus Pickerington Cinema was evacuated this past weekend after reports of a fire. It is not clear what caused the alarm but nobody was injured. NBC4i – 21 January 2017

We overlooked that last Thursday (19 January) was the International Day of popcorn. Allocate looks at the history of the world’s favourite movie snack. In the United States concessions represent 40% to 46% of revenue in cinemas but in France it is only 16%. In the US 90% of cinema popcorn is yellow while only 10% is white – obviously because it is gold to cinemas. Allocine – 19 January 2017