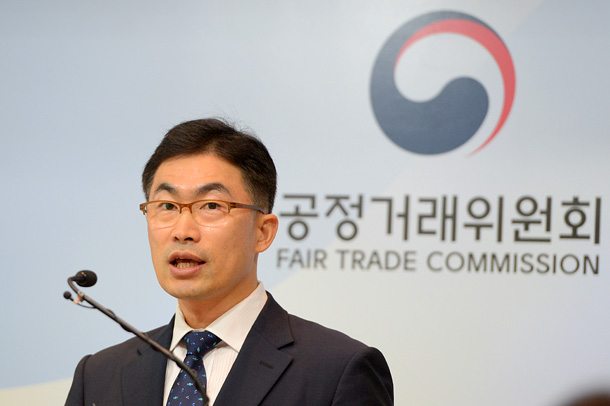 Korea (Republic of – South) – CJ CGV has been slapped with an anti-trust fine of KRW 7.2 billion (USD $6.6 million) for giving favourable contracts to an advertising agency CJ chairman’s younger brother Lee Jae-hwan. While CGV can absorb the fine, the global exhibitor major will be referred to the prosecutor for anti-trust violations. Judging from the article, it seems that this advertising family business grew in market share and profits by charging commission rate 35% above previous contractors. Korea Joongang Daily – 30 September 2016

France – Ymagis will present its EclairColor solution in Los Angeles 1-4 November at the “landmark state-of-the-art 350-seat screening facility Harmony Gold Preview House” located on Sunset Boulevard. It has been specially equipped with Sony Digital Cinema 4K SRX-R515 projection system capable of showing off EclairColor. Senior management and engineers from Ymagis will also be present. The second title to be released in EclairColor has also been announced. The French sequel “Brice 3” on 19 October, follows on from “Aquarius” which shown on 28 September, both at the Gaumont Marignan cinema in Paris. Press Release – 17 October 2016

India – SPI Cinemas (aka Sathyam Cinemas) is expanding into Mumbai, Pondicherry and Hyderabad. In Mumbai it has taken over the single-screen Globus Cinema in Bandra on a nine-year lease. The cinema has Sony 4K projection and Dolby Atmos. SPI has been stifled from growing in its home territory of Tamil Nadu, where it has five cinemas with 36 screens, by government mandated caps on cinema ticket prices. The lease model for single screens is a way for it to break into urban markets dominated by the likes of PVR and Inox. First Post – 15 October 2016

Korea (Republic of – South) – Hundreds of people had to be evacuated from a late night screening at a Lotte Cinema in Busan due to a power failure. Audience members had to find their way out of the cinema in the dark with the help of their smart phone lights. A nearby building site is said to have caused the power failure but the cinema lacked backup generators, which it is not required to have by law.  Yonhapnews (KR) – 15 October 2016

India – Mukta Arts has big expansion plans for its Mukta A2 Cinema chain, with plans to double to 100 screens by the end of October 2017. It currently has 49 screens across 17 properties. In three years it wants to have 250-300 screens. Given the problems with growing rapidly in India, any such organic growth plans deserve a healthy pinch of salt with the cinema popcorn. Economic Times – 14 October 2016

Japan – NEC has launched its latest projector, aimed at smaller theatres. The NC1000C projector uses NSH lamp and claims to be a silent and space-saving model that works well for mobile cinemas and theatres without projection booths. Press Release – 29 September 2016

India – The Consumers affairs Minister has moved to crack down on cinemas that sell bottled water and soft drinks above the MRP (maximum retail price). “Charging above MRP is violation of the law. But we still see at airports, multiplex and hotels, that packaged water is sold at more than the MRP. This needs to be stopped,” Minister Paswan is quoted as saying. But cinemas simply get their own bottles with a higher MRP printed on them and soft drinks are typically sold in cups, not bottles or cans. The Tribune – 14 October 2016

Korea (Republic of – South) – The first independent cinema has opened in Chunchon, though it is described as little more than “a dark basement” with 18 seats and a 150-inch screen. It was originally a motorcycle repair shop but a local enthusiast worked hard to get it converted after he was unable to see “The Lobster” at any local cinema. A cinema driven by passion and ingenuity with a staff of just two. Jo!ns (KR) – 17 October 2016

Germany – The new cinema in Gauting near the train station has opened. The independent cinema charges just €5 on Mondays and shows films in their original language with subtitles on Tuesdays. SZ.de (DE) – 16 October 2016

Germany – Work has begun on the Cineplex multiplex in Meitingen. The €6 million project will have seven screens with 800 seats when it opens next summer. It will have both laser projection and motion seats, as well as a children’s play area that stretches across two floors. Augsburger Allgemeine (DE) – 16 October 2016

Germany – CineStar Fulda will be renovated to the tune of €400,000 between 17 October to the middle of November. There will be a new box office and entrance, as well as an “attractive bar concept.”  Auditoriums will get a fresh new design, carpets and furniture. Osthessen News (DE) – 15 October 2016

Canada – An independent cinema in Fairfax is trying to raise funds to replace its old seats by launching a sequel to its campaign called “Save Out Butts”.

“We’re really like the last of the independently-run theaters,” O’Meara said. “We’re fighting out there among the trees and the big gorillas and we’ve developed our little niche.”

On his Kickstarter campaign page, O’Meara said that people doubted him when, in 1999, he planned to open a movie theater that specializes in showing “art” movies.

The cinema has a loyal following but the seats are a frequent source of comments. Inside Nova – 15 October 2016