At CineEurope, a Call for Cinemas and Studios to Work Together

Better cooperation between exhibitors and distributors has emerged as a key theme at this year’s CineEurope, with the European cinema trade show celebrating its 25th year in a confidant, but not complacent, mood. Whether these two sides of the motion picture industry can overcome decades of fear and mistrust is a different matter, despite the recognition form both that in an age of big data, better consumer understanding and the need to enhance the cinematic experience. “There needs to be opportunistic ways that everyone can share and prosper,” Jeffrey Katzenberg urged in his last appearance as head of the independent Dreamworks Animation.

The completion of the digital cinema rollout, including the expiration of virtual print fee (VPF) deals that helped pay for it, has lead to soul searching amongst exhibitors about what the next wave of digital technologies and customer expectations means for them.

Nobody is expecting a second round of VPFs, but while the first digital wave meant that cinemas had to embrace digital projection or eventually be left without the content, there is no such urgency with new technology like immersive audio, UNIC President Phil Clapp noted in his pre-CineEurope talk at the ICTA conference.

However, there is a recognition that audience expectations are changing, whether it is the personalization of Amazon recommendations, convenience of Netflix on-demand offers, expectation of smartphone primacy interactions or the influential role of social media.

If digital cinema 1.0 meant ‘convert or you don’t get films’, there is an unspoken question about whether embracing digital cinema 2.0 technology and offerings means that those that are ambivelent about it risk losing their audiences. Yet unlike the current crop of digital cinema projectors and servers, there is no given combination of what cutting-edge technologies, services and solutions will guarantee future audiences.

“We don’t make the movies but what we do is we try to make the movie going experience better than it has been in the past,” Odeon & UCI Chief Executive Officer Paul Donnovan affirmed on stage at the executive roundtable on ‘The Future of Cinema.’ But while money is currently cheap and “there is a second wave of capital for all the upgrades of the guest experience,” he also admitted that “it is actually quite challenging.” 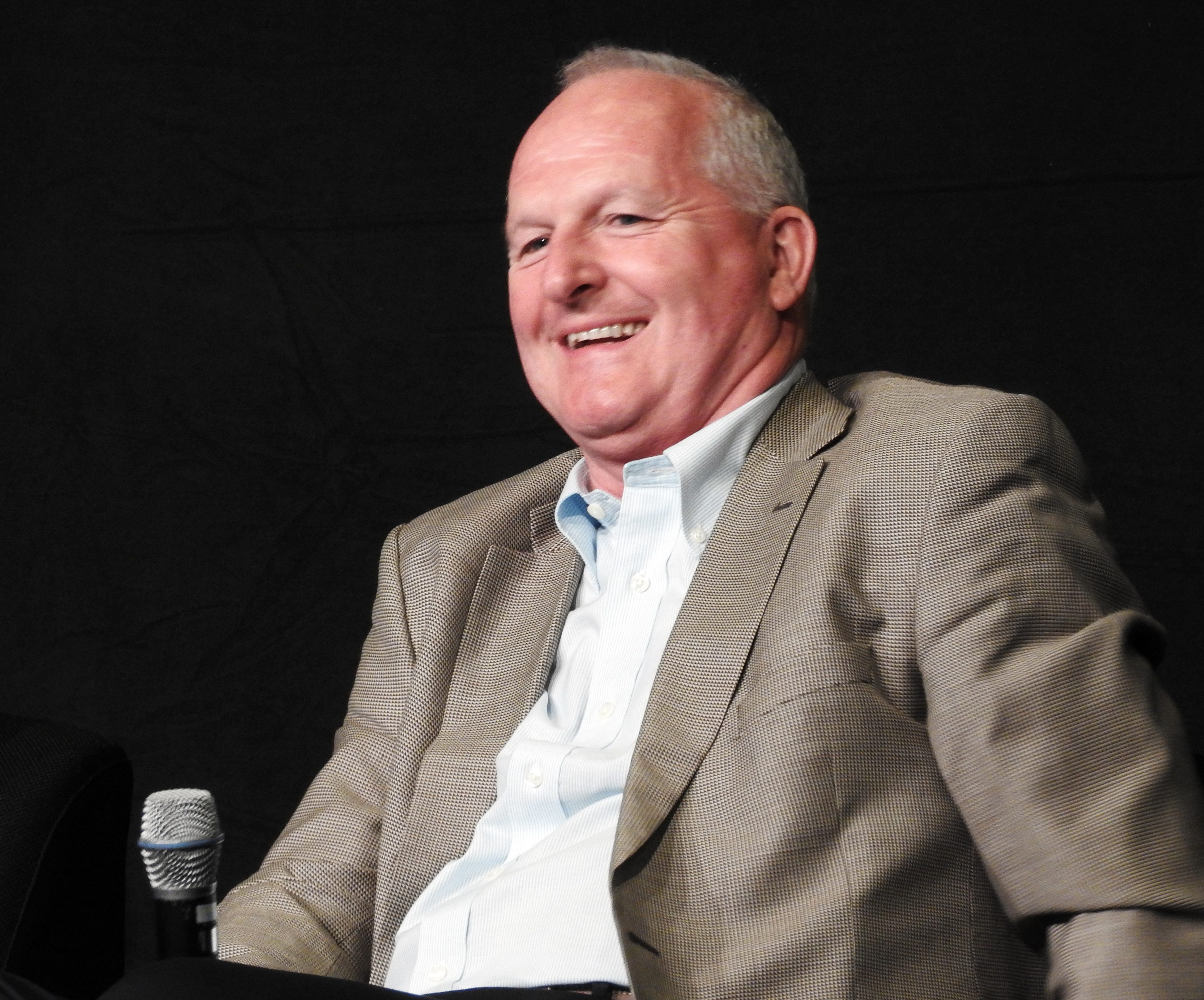 If there was ever a need for a visual metaphor of the current state of the cinema industry in Europe (and North America) it was made clear by the seating arrangement on the day’s second panel, called ‘Date Driven Innovation in Cinema’, where the panel’s sole exhibitor (Yelmo/Cinepolis Spain’s Fernando Evole) was separated from the only distributor (Warner Bros’ Tonis Kiis) by two newish data analytics companies (Movio and Showtime Analytics). The comScore-absorbed Rentrak was also present, sitting on the side, an incumbent perhaps symbolically sidelined by this new dynamic, having been awash in data for years but unable or unwilling to leverage it successfully enough to keep new rivals out. As with third party enablers in digital cinema 1.0 there is a recognition by cinemas and distributors that they need the likes of Movio and Showtime Analytics, but there is no love for third-parties that build a business between the former frenemies.

The opening remarks by Fernando Evole – demonstrating why he was recognised by BoxOffice Magazine and Celluloid Junkie as one of the “40 Under 40” rising star executives of European exhibition – set the tone for the session by stating:

It was pointed out that we need to offer the best experience, but we need to know what our customer wants. We don’t see our customers as our main asset in our company. Previously we thought it was the real estate asset that was most important. Now the customer is what we need to capitalise on. Studios need to look at the way they look at customers: what do they want, when do they want it, etc. It is a challenge to change relationship dynamics between exhibitors and distributors.

But recognising the need to co-operate is not enough and there were multiple tensions apparent on stage, whether it was historic distrust between distributors (who own the product) and the exhibitors (who ‘own’ the audience and certainly the retail outlet), or about who owns and controls the data. Movio and Showtime Analytics both take great efforts to stress that the data belongs to cinemas, that only anonymised numbers and insights are shared.

Yet there is no escaping the fact that they are making money from cinemas’ inability to crunch their own data internally and that they make a living selling analysis and conclusions derived from such data. Remember how distributors resented the idea of third-party companies making money from VPF deals? That is how cinemas feel about sharing their data with companies who will profit from it.

Yet there is no escaping the growing role of data. “Warner Bros as a studio is very data centric,” Kiis, VP International Distribution and Exhibition Strategy aknowledged. “Especially on the international side. Decisions are increasingly dependent on big data sets. A paradigm shift in the industry has facilitated this.” And increasingly there is no escaping the interdependent need for understanding that data, he elaborated:

Studios can help exhibitors with that [insight] of how the customer can be reached. Exhibitors and distributors need to work together. There are many ways to pay for information or share value. But our business will go down the road, [and] maybe we need third parties to relate on these terms, but that is the way to go.

Jeffrey Katzenberg had earlier made a similar point:

We need to engage in a smarter, direct relationship with you [cinemas], who get the customers through the door. It allows the marketing to be highly more efficient. Billons of dollars of efficiency can be captured and shared, with a value add for cinemas. There isn’t a bigger thing than that.

The fact is that we aren’t taking that data that you are capturing or can capture. Netflix does this all day long. They recommend content to us based on content that we like. For us not to create that same user interface is a big miss.

UNIC’s Clapp homed in on the same issue in his State of the Union speech, where he noted that no less than 11 distributors were represented and showing product (i.e. films, trailers and teasers) at this year’s CineEurope. He also noted that while China was getting a lot of attention, the 36 UNIC territories in European represented over 24% of global box office and 1.26 billion admissions in 2015. He noted:

[T]here is another key factor which we probably make too little of, and on which I wanted to say a few words today.  One which is the foundation of our continued strength.

The historic partnership between cinema operators and our colleagues in film distribution.

The strength of that relationship was shown most recently in the way that we as an industry came together to address the challenges of digitization. But on an ongoing basis – and whatever the occasional challenges – each side remains dependent on the other for its success. 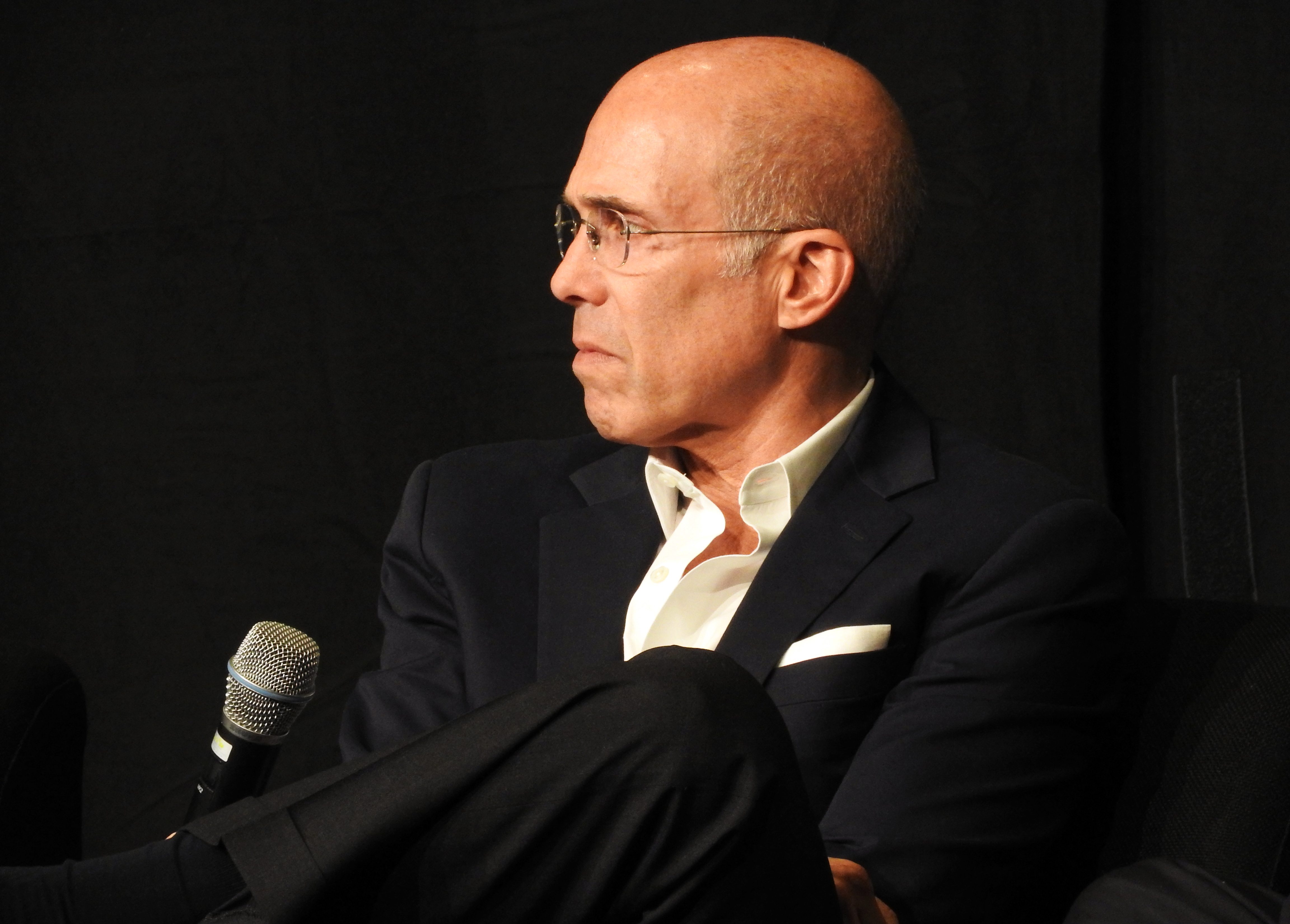 Clapp was also not afraid to throw punches when it came to potential disruptors. The Screening Room is even less of a threat in Europe than it is in the U.S. and it was never mentioned by name, but it is the boogey man that represents all effort to collapse the theatrical and home window of film releases.  Clapp stated:

We cannot be complacent in the face of changing demographics, technologies and audience tastes.

But the success we have enjoyed in recent times should give us all confidence that whatever the challenges we face, these can be dealt with in the same spirit of co-operation. Between those who wish to develop new approaches that have the cinema experience at their heart. Not by third party disruptors indifferent to the damage their interventions might cause to the foundations of our business.

Another potential ‘disruptor’ received a blistering attack when MPAA CEO Chris Dodd ripped into the European Commission for the Digital Single Market in an extended diatribe, from which you would not guess that most observers have written off its chances of getting passed this autumn when it is up for a vote.

Senator Dodd didn’t just kick the DSM proposal when it was down, he stomped and jumped on it, he quoted the producer of this year’s Cannes Palm d’Or winner “I, Daniel Blake” and the report by Oxera and O&O and finally gave it a verbal wedgie for good measure.  For anyone who thought that ‘old Hollywood’ was not a technical innovator Dodd also had a strong message. Hollywood and cinemas “are the highest of tech industries; we take a back seat to no one.”

Dodd was also not above wading into the Brexit referendum or the Trump candidacy, though without naming either by name, when he noted that it was “jaw dropping to see what is happening politically around the world.” Having swapped the U.S. Senate for Hollywood, he joked, “I left one group of bad actors for another group of bad actors.”

It was fitting that the UNIC Award of Achievement went to Nico Simon, now President of Europa Cinemas but recognised as “Founder of Utopia/Utopolis Cinema Group” because as the first day of the 25th CineEurope tailed off into Warner Bros’ DC-heavy showreel and the Dolby co-sponsored evening reception, the attendees must be asking themselves whether a Utopia needs to be founded first in order for exhibitors and distributors to come together for the benefit of cinema audiences in the age of big data.