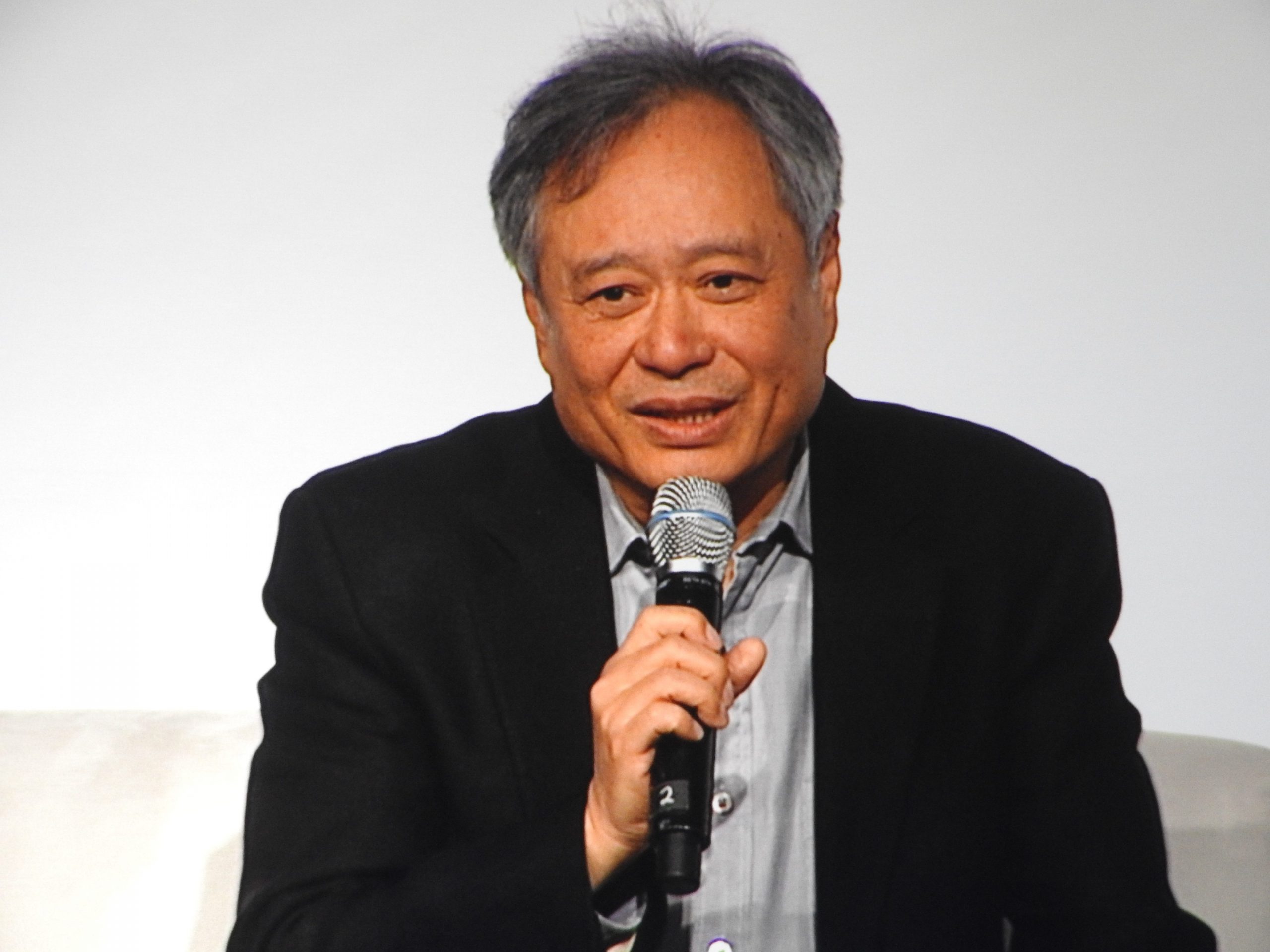 This article is a two-part review/appreciation of the NAB demo of Ang Lee’s “Billy Lynn’s Long Halftime Walk” in 120fps 3D 4K, as well as a digest transcript of Ang Lee’s keynote “Pushing the Limits of Cinema.”

The first time Pixar founder John Laseter saw “Toy Story 2” projected digitally – back in the pioneering early days of digital cinema in 1999 – he allegedly wept because he had never seen his film displayed the same way it was created.

Ang Lee may well provoke a similar reaction with his “Billy Lynn’s Long Halftime Walk”, because the film is nothing less than cinematic end-to-end reality in the service of art. As Mr Lee said during his speech, “this is a long journey, and we are going to find out what digital cinema means. We are not there yet.” But cinema will take a giant leap forward with his new film.

Virtual Reality (VR) and Augmented Reality (AR) are hot topics at this years NAB, but Ang Lee’s film is something just as new, different and exciting: call it Cinematic Reality (CR). Having seen several demonstrations of 3D and high frame rate (HFR) and laser projection it is easy to be cynical about the artistic impact of new technologies.

HFR films like “The Hobbit” had the (inadvertent) visual aesthetic and feel of a daytime television soap opera.. Ang Lee’s film is not like that. Ang Lee himself joked, “this is my virtual reality. I don’t want you to wander away. I want you to see my vision.” And from someone who created what is arguably one of the greatest stereoscopic 3D films ever made in “Life of Pi”, this was avision to behold.

The first shot that we saw was so disconcertingly real that when the camera pans you feel as if someone is moving your head. It is not a pleasant feeling the first time it happens, but you get used to it quickly. Much like you accept completely seeing life-like humans projected to two to three times their natural size. But in a shot where the soldier stand lined on a platform that is perfectly aligned with the borders of the screen, you feel as if you could be in a well-lit theatre, rather than a cinema. This was as real as the Cirque de Solei shows playing nearby here in Las Vegas.

It is difficult to describe, other than to go for the obvious short-cut that it looks like a reality. Not like seeing the world through a window; but just like seeing the world. Period. The film’s stereographer and stereo supervisor Demetri Portelli said that ,“physiologically it was the most comfortable film I’ve ever seen.” Which I think anyone who saw it would agree with. There was no more stereoscopic eyestrain than you would get from watching the room you are in right now.

Ang Lee went into detail about what this entailed in terms of the production, including no use of make up and a pursuit of a deeper form of acting. He even admitted that acting that looked ‘fake’ at 60fps suddenly looked natural when seen in 120 fps. “I shouldn’t accuse actors of bad acting, he confessed. “I found myself less judgmental.” The humility with which he spoke about approaching this task (read hisd keynote below) was truly humbling.

There have been attempts at projection that approximates reality before. Oscar-winning visual effects wizard and director Doug Trumbull (whom Lee consulted and involved extensively in this production) did it in analogue several decades ago with Showscan and then repeated it recently in digital with his “UFOtog” short that was shown at IBC 2014 to great acclaim. But while the short had a narrative, it did not have the budget, artistic flair or feature-length vision that “Billy Lynn’s Long Half Time Walk” has.

Those of us who were shown the footage were sworn not to reveal anything about the plot, but it is an early scene that mixes two very different settings and shows the characters in a variety of situations, setting, lighting and shots, from close ups to long shots. This, combined with the length, was enough to give a good feeling for the film’s overall feel, aesthetic and artistic potential. And not a single person I spoke to afterwards had anything negative or critical to say about the film.

It would be wrong to judge the film and the new language of cinema that it very likely heralds without seeing the complete finished product. Ang Lee was on hand before the demo to reel off the caveats that the visual effects were not finished, some shots were 2K, the color timing on the outdoor shots was not finished and the sound was not what people would hear in the cinema, not least with projector fans blasting noise into an icy cold screening room.

But all of us fortunate to have been fortunate enough to see it knew that we had witnessed something exceptional. There was no jaded tech cynicism. “Technology is always moving forward,” Lee observed, “but it is what we do with it that counts.” Lee wasn’t advocating that everything should be 120fps, recognizing that there were films for which 24fps was mopre suitable. What is being achieved with “Billy Lynn…”, in terms of merging a reality-inducing frame rate, high resolution, stereoscopic 3D and high brightness, as well as a new approach to acting, lighting, mae up and more has the potential to have as much impact as the other monumental shifts in motion picture technology and art such as sound and colour.

This is a live transcript of Ang Lee’s keynote “Pushing the Limits of Cinema.” As it is not a verbatim transcript there are omissions, abridgements in the interest of clarity and very likely error that are entirely the author’s fault and not Mr Lee’s.

I’m not a technical guy, I just have a lot of curiosity to see drama.

Let me start from six years ago and making “Life of Pi”. It was an interesting book – [but] I didn’t know how to crack it.

Before that I was a serious film guy. I even resisted DI for the longest time. I’m a fighter for film. But because of that extra dimension I got into 3D. Older and wiser from when I made “The Hulk”, when something doesn’t add up.

I made the movie [“Life of Pi”] very carefully. Fortunately it was quite successful.

I trust movies more than life itself, so I have an existential problem. [audience laughs]. When I see more clearly I see more problems.

This was a quest to go deeper into cinema, For me there is nothing like going into a dark room with a group of people and touching each other on a deeper level. That is my motivation.

Now I see something new and feel I have to get into it. Before this I wanted to get into a boxing movie. [But] In 24fps you can barely see anything.

I was shown the James Cameron test at 60fps. That was an eye opener. The more I see the more questions I have. I was also told about Doug Trumbull. He was pioneering 72fps – higher than 60fps. A year later I was still working on that [boxing film] project. Then Tom Rothman appeared with this book. And this was all about experiencing beyond storytelling.

If I can put the audience at a Dallas Cowboy half-time show that will freak the audience out. If people can feel what the soldiers experience then this be unique.

I visited Doug Trumbull at his farm. It was quite an inspiration. Basically he gave me a brief history of high frame rate has developed. He did it all at his farm. That spirit is real inspirational. We exchanged a lot of information how he did things. I tested 60 frames for the Boxing film. A lot of lighting and performance looks funny in higher frame rate. We discovered that even during “Life of Pi”. That film was so difficult to make it was just a question of survival.

Now you just see more clear when the frame rate allows the strobes to be lifted. A lot of movie magic you have to re-think it. It is a long and difficult uphill road. Every day is a difficult day. We don’t really know what we are doing. I want to be sure that I defeat the confidence of the heads of departments and tell them, “you don’t know what you are doing!” [audience laughs].

It sounds funny but that is really how we are doing. We are so brainwashed by how we do movies. A lot of things we always do, focus pulling, make-up, – I didn’t dare to put on make up [on the actors], apart from the cheerleader, because you see everything.

When I’m talking, twenty thoughts go through my head. I can see through the skin and see what they [the actors] are thinking. Another thing is a lot of aesthetic we do is to compensate the things we don’t have. When you strobe you do things to make that exiting. So we cast shadow to make it exiting.

Doing a new thing is terrifying and exciting at the same time. I am fortunate to have met Doug Trumbull. I am lucky to learn workflow from him, as we are making film under time and budget pressure. This guy is really a help. If I have a title for the job, he throws a title, Production Assistant Supervisor. I call him the Workflow Guy.

I can talk about what we did, but with limited time, this is a long journey, and we are going to find out what digital cinema means. We are not there yet. More realistic, more detail, more brightness, this is the new package. I’m glad I get to see those images. God bless us, I think this is very important.

It is only at 120 fps that it is strobe free, I would say it is quite revolutionary, even in 2D. For people who watch their iPhone I want to bring them to a special place called theatre. People don’t go to church much but I feel the cinema is a temple. I pray to the movie God a lot.

This type of dream requires a lot of collaboration. This requires a whole ecosystem. I hope movies can be entreating and spiritual. That is my dream.

The way it was shot and blended even in 24fps it should be a great improvement for everyone. Let’s do it together. [audience applauds]

I am not a great salesperson; I was just very moved by this.