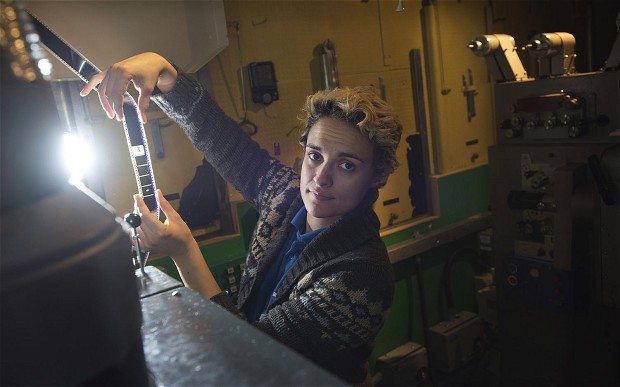 Today Celluloid Junkie publishes the list of the 25 most influential women in the global cinema industry. A mere glance at the list might give the impression that women are well represented in the upper echelons of the exhibition business, with the heads of the largest cinemas in both the US and Russia, as well as the second largest chain in China, all being female.

Yet despite the cinema industry being a female-driven business from a consumer perspective – it’s not just that more women go to cinema, but they also decide what families and couples go to see – women are woefully under-represented at the highest levels of exhibition. This despite the fact that women tend to be well represented in senior roles such as human resources, marketing, programming and other important positions in many cinema operations. Yet the porthole window of the projection booth isn’t the only glass that can be found in cinemas, as it seems there is also a thick glass ceiling keeping women out of the C-suite offices.

In compiling our list we discovered that geographically there are some clusters where women are very well represented. The Nordic countries, Switzerland and (perhaps most surprisingly) Singapore and Malaysia, all see women match or even outnumber male cinema CEOs. This is perhaps less of a surprise in Nordic countries, which The Economist recently benchmarked as having the best countries to be a working woman in (although tellingly both in The Economist and in our survey Denmark fell outside the top Nordic cluster) or even Switzerland (though ranked lowest in Europe by The Economist!).

Yet the fact that in our Top 25 we have two entries each from both Malaysia and neighbouring Singapore shows that it is possible, though clearly not easy, for women to excel at the top of the cinema business field. In the case of the two South East Asian states there were further a large number of women in top or senior roles just outside the Top 25 in exhibition operations such as Filmgarde, Cathay and The Projector for Singapore alone.

There is not one explanation as to why this dearth of female CEOs exists, other than that it merely being a reflection of the business world at-large. While the traditional projectionist job has always been male dominated, fewer cinema CEOs have risen from this field than probably have from usherettes.

So the previously mechanical nature of the exhibition business cannot be the reason, not least given the generic business and retail skills that today’s cinema operations requires. There definitely do not seem to be barriers to progression for women in other similar sectors, such as hospitality or retail.

It is important to realise that the question of women in cinemas is not some “feminist” issue (whatever that means), nor is it just about being on the right side of history. This is not the Oscars and we are not looking to launch an #ExhibitionSoMale protest movement.

No, the simple fact is that having women in senior roles make a lot of business sense, as witnessed by the detailed piece of research published on February 8th by the IMF: “Yet more research proves it: Companies with women in senior roles are more profitable.” Incidentally both the IMF and Federal Reserve are headed up by women, who definitely did not get those jobs through positive discrimination.

So if it makes sense to have women in senior roles, why is this not happening? New York Magazine’s The Cut recently had a good analysis of this issue, in its article ‘One Weird Trick for Keeping Female Employees From Quitting,’

Well, here’s a shocker: A new global study of women in their 30s found they don’t leave jobs because they’re worried about family obligations. They leave because employers won’t pay and promote them. “Surprisingly,” reads the report, “young women identified finding a higher paying job, a lack of learning and development, and a shortage of interesting and meaningful work as the primary reasons why they may leave.”

One of the few countries to both recognise and do something about this problem has been the United Kingdom.

A study by Skillset in 2012 found that women make up 46% of the total workforce in cinemas but only four percent at CEO level, such as Lyn Goleby of Picturehouse and Jaki McDougall of Glasgow Film Theatre. Overall there was significant under-representation in projection and technical departments, but an above-average representation in custodial, admin and HR.

I contacted Catharine Des Forges of the Independent Cinema Office to get her take on why so few women are make it all the way to the most senior position in the UK cinema business. Here reply was there there is no easy explanation:

I think there are a number of reasons for this, some of which are not unique to the film industry, for example motherhood and opportunities around flexible working but some of which are about confidence and received wisdom about the kind of skills required to run a business. There are some very successful exceptions to the rule here too but it’s a complicated question and the solution needs to be multi-layered and cut across formal training, mentoring, peer networks and visible role models.

In response to the Skillset study findings the Independent Cinema Office has, together with Skillset, launched the Women in Leadership scheme, to tackle the dearth of women represented at the highest level of exhibition. Under this scheme, “applicants can apply for eight places available for women who wish to benefit from a six-month training programme of one-to-one coaching, shadow placements, skills development workshops and mentoring.”

While it will take time for the benefits of this programme to be achieved, it is an important step in the right direction. The second iteration starts this summer.

As we celebrate the top women who help make cinemas the best places to watch films, we recognise that there is a long way to go for the senior management of cinemas to reflect the audiences that they serve. We hope that you join us in congratulating the ones whose work impact we celebrate today, then do what you can to ensure that smart and talented females have an equal shot at top cinema industry jobs.

As Amanda Neville, Chief Executive of the British Film Institute, recently wrote, “We delude ourselves if we think we can achieve a vibrant film culture and prosperous film industry if only half of the talent, skills and creative flair of humankind is marshalled.”