Germany – Pan-European cinema service company Ymagis has acquired German distribution service provider Cine-Logistics GmbH. The Berlin-based company had been collaborating with Ymagis for the past two years in providing content services, which will now be expanded with new solutions such as Ymagis’ trailer download platform Trailerloop and services such as movie tickets, vouchers and gifts services for cinema goers. Terms of the deal were not disclosed. Cine-logistics had revenue of €3.15 million in 2015 (+30.2% year-on-year). Press Release (PDF) – 8 February 2016

Ymgis has also released its Q4 financials, with revenue at €51.6 million, up 20.7% quarter-on-quarter. For the whole of the year revenue was €157.7 million (+86.4%), though this now includes the business of Eclair, without which the growth would be a more normal but still solid 4.8%. VPF revenue was down as Austria completes its recoupment period and fewer films in Q4’15 compared to Q4’14. Exhibitor and content services were up, not least driven by Eclair. Overall Ymagis seems to be mopping business all over Europe nicely, as well as expanding the Eclair businesses. Press Release (PDF) – 10 February 2016

India – Cinepolis India has plans to expand into Tier-1 and Tier-2 cities in India and will spend INR 5 billion (USD $73.25 million) to have 400 screens across India by 2017 through acquisitions and new properties. Kinepolis currently has around 215 screens and targets 60 cities for expansion. Last week Miraj and Carnival Cinemas announced plans to target Tier-2 and Tier-3 cities with 130 new screens between them in the same time frame. Cinepolis acknowledges that the slow-down in the India real-estate sector is impacting their expansion plans. The Hindu Business Line – 9 February 2016 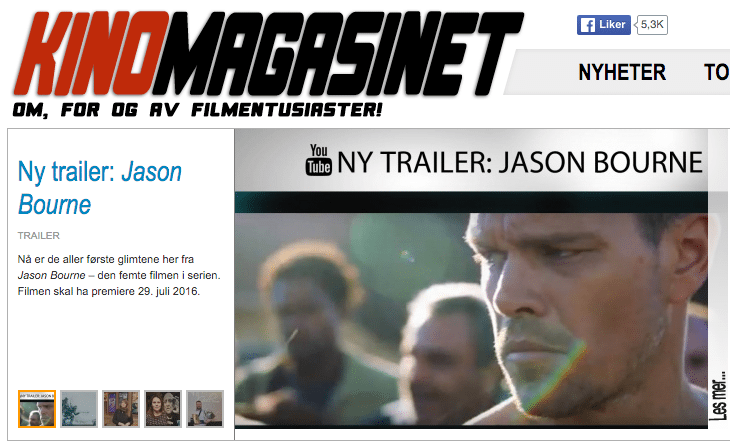 Norway – The second largest cinema chain in Norway has selected Kinomagasinet as its customer magazine. SF Norge chose to go with publisher JB Forlag rather than launching its own in-house magazine, unlike its larger sister company SF Bio in Sweden. Kinomagasinet was already distributed in Norwegian cinema co-owned by SF Norge such as Bergen and Scavenger, but will now also be distributed inSarpsborg, Moss, Lillestrøm, Ski, Sandvika, Skien, Tønsberg and Sotra. Videomagasinet – 10 February 2016

Japan – Toei’s subsidiary T-Joy has signed a two-theatre agreement with Imax. “The theatres will be added to existing T-Joy complexes in the cities of Tokyo and Yokohama, Japan, and brings to 42, the total number of IMAX screens in the country, of which 25 theatres are currently open and 17 are contracted to open.” Press Release – 11 February 2016

Poland – Customers using the PayBack shopping service for loyalty points are facing problems converting those points into tickets with Multiline. Collecting 999 points entailed a coupon that could be exchanged for a PLZ 10 (USD $2.56) for off-peak use. But when a customer tried to exchange the coupon he was told that the offer was no longer valid. Wyborcza.biz (PL) – 11 February 2016

France – Could a mysterious fire at the Rex cinema in Andernos be linked to a cinema dispute in the Arcachon region? Investigators found two fires had started in the projection booth of the Rex cinema. There had been two competing cinema projects in the region, but only one received the local government backing. Now that one has been torched, it seems. France3 – 10 February 2016

UK (N. Ireland) – A cinema-goer escaped jail by “hair’s breadth” after drunkenly calling a cinema member of staff a “gook”. Daniel O’Connor was sentenced to probation and community service. He had been drunk and tried to gain entry to a screening with a glass of cider. News Letter – 11 February 2016 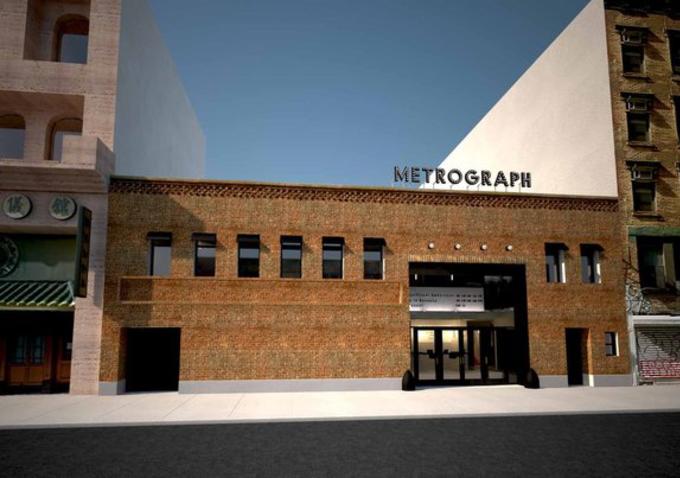 USA (NY) – Manhattan’s most interesting new cinema is opening its doors next month (March). The independent Metrograph in Lower Eastside has announced its opening slate, which is an eclectic mix of classics (“Taxi Driver”, “The Long Day Closes”) and foreign repertory titles (“Goodbye, Dragon Inn”, “Demons”) and a retrospective of under-appreciated French auteur Jean Eustache. The venue was founded by film maker and fashion designer Alexander Olch and is programmed by Jake Perlin. The Lo-Down – 20 January 2016 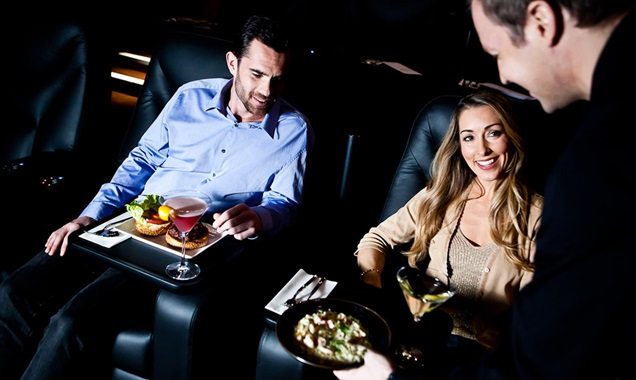 UK – Odeon has announced plans for a high-end six-screen cinema in North London. The Lounge will offer in-theatre dining in all screens that will feature a maximum of 40 recliner seats each. The Islington Square venue is part of a major re-development of the old North London Mail Centre off Upper Street. Odeon already operates one Lounge screen at the Whiteley Centre in Bayswater since 2012 (see picture above). The new one is set to open by the end of 2017. ScreenDaily – 10 February 2016

India – South India largest cinema operator has acquired its first cinema in India’s commercial capital Mumbai. SPI Cinemas (formerly Sathyam Cinemas), has acquired the single-screen Globus Cinema in Bandra. With real-estate at a premium in Mumbai it makes more sense for SPI to re-develop an existing old cinema rather than to build a new multiplex from scratch. Elsewhere Nadigar Sangam and SPI Cinemas have cancelled plans to build a multiplex in Theyagaraya Nagar.  The Hindu – 11 February 2016

India – The state government has given permission to the building of mini-multiplexes outside Hyderabad. Mini-multiplexes are defined as having a seating capacity of 200-300 seats. Interestingly it was also decided that the “selling of movie tickets online would be made compulsory so that the government would get tax completely.” New Indian Express – 12 February 2016

UK – Scarborough’s Military Adventure Park is closing to make way for a cinema. “The new multiplex cinema and the other elements of the plans will provide new facilities for both residents and visitors and retain the many people who currently travel out of the town to visit a cinema,” a spokesman for Benchmark Leisure said. Scarborough News – 11 February 2016

USA (MI) – The former Dominick’s grocery store in Frankfort could be converted to an upscale 10-screen movie theatre, under a proposal by Emagine Entertainment of Troy, Michigan. “The company is seeking a liquor license as part of it plan to offer a “luxury” viewing experience, which will include 1,300 powered reclining seats across the 10 planned screens. Moviegoers will be able to purchase reserved seats online, and the Frankfort multiplex will feature one of the company’s “E-Max” auditorium theaters with a floor-to-ceiling screen.” Chicago Tribune – 11 February 2016

We have featured this ‘silver cinema’ in South Korea before, with its focus on older audiences. But it is worth highlighting again, because its success could be a beacon to other cinemas in developed countries facing an ageing demographic. It doesn’t just show old films, it also has subtitles 1.5x the size of normal ones.

It has been exactly seven years this year since the opening of “The Hollywood Classic” for the elderly. Kim Eun-joo, 42, CEO of “A Theater Selling Past Memories,” a social enterprise, changed the old Hollywood Theater to a theater for senior citizens in 2009. Though it has a single screen with 300 seats, the total number of visitors surpassed one million last year. With a word of mouth, the theater attracts over 800 visitors a day. It is as popular as other multiplex theaters.

There’s gold to be made from cinemas’  silver audiences. Donga – 12 February 2016