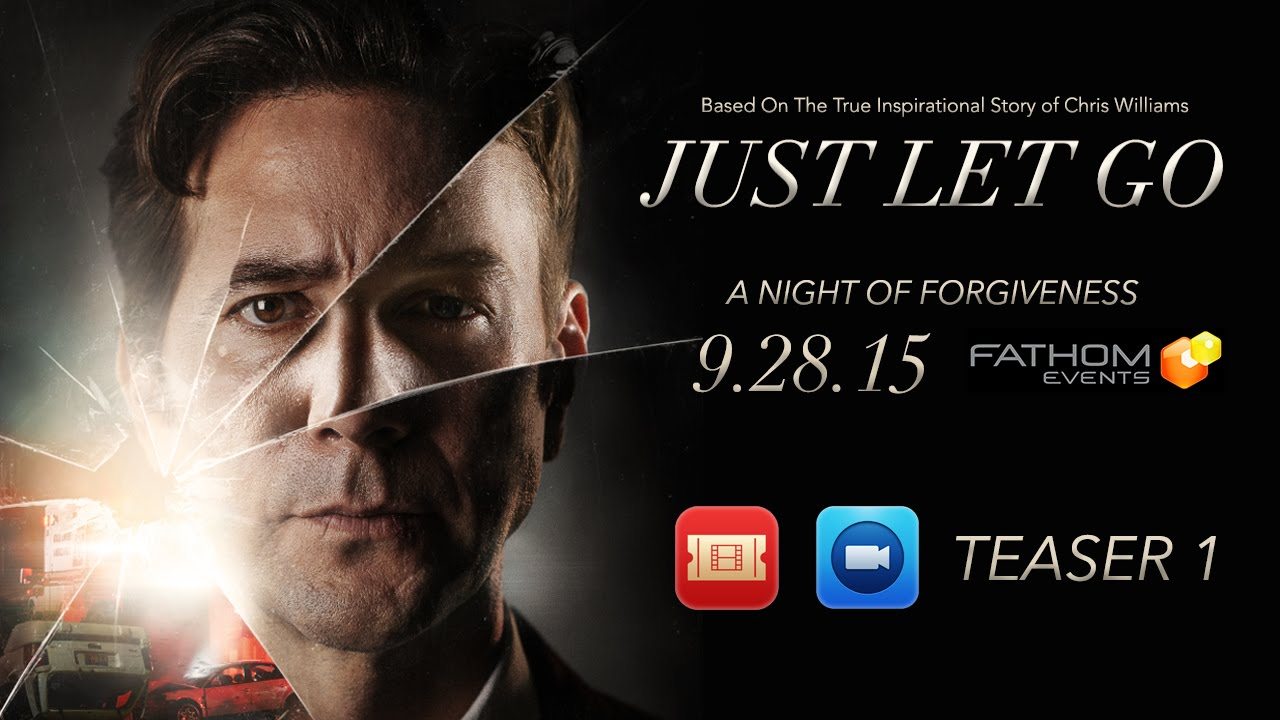 One if the fastest growing genres of event cinema (a.k.a. alternative content) is the uniquely US-focused rise of faith-based events in cinemas. Fathom Events has been a driving force behind this, with three faith-based events this past autumn. Fathom attributes its record-setting first financial quarter to have been “driven primarily by its faith-centred offerings,” and plans to expand its focus on this in the future.

The three events were “Just Let Go” on September 28; “Finding Noah” on October 8; and “Chonda Pierce: Laughing in the Dark” on October 27 in participating cinemas across the US. They range in content from “a night of forgiveness” (“Just Let Go”), to “an unprecedented feature-length documentary” (“Finding Noah”) to “America’s #1 female comedian” (“Laughing in the Dark”), but are all united by an appeal to self-professed Christian audiences.

Fathom Event’s CEO John Rubey has gone on record to state that “The strength of the faith-centered community is demonstrated at the box office by the record-setting attendance,” and recent financial figures seem to bear that out:

The overwhelming success and interest in faith-based events has encouraged Fathom to put a greater emphasis on procuring more content for the faith community. The company’s first quarter of 2015 was its most successful Q1 to date and was led by three faith-centered events; The Drop Box, which ranks third amongst Fathom’s top performing events to date, Four Blood Moons, and Patterns of Evidence. These events drew in approximately 3.5 times more attendees than all other genres and attracted more than 600,000 theatergoers on an average of 650 screens each.

“Laughing in the Dark” went out to 512 locations, while “Finding Noah” played in 637 sites. This can be compared to “The Sound of Music 50th Anniversary” which screened in 800 locations in April, while “Ed Sheeran: Jumpers for Goalposts” went out to 584 cheaters in North America.

The “Laughing in the Dark” documentary was followed by a 30-minute live discussion, titled “Finding Light in the Darkness,” with Roma Downey (producer of “The Bible” TV mini series), actor Kevin Sorbo, Sherri Shepherd, Monica Crowley and Kay Robertson of TV “Duck Dynasty” fame. According to Variety, the event exceeded cinemas’ expectations.

“Due to popular demand, several theater locations have upgraded to larger auditoriums, added extra auditoriums and even additional showtimes for the event,” said Fathom’s VP of Programming Kymberli Frueh. “Ticket sales for the event have already met initial projections, and with several days of pre-sales and walk-up tickets yet to come, the event should greatly exceed expectations.”

Celluloid Junkie: How significant are faith-based events within the context of the larger event cinema (alternative content) space, such as opera, theatre, sports, etc?

Ray Nutt: The faith based vertical represents one of the largest growth potentials in the alternative content space.  We continue to see sold out events in our theatres when we program content in this vertical.

CJ: How do you engage with faith-based organisations in setting up these events and getting the word out? Do you use social media or other forms of communication?

Ray Nutt: Typically faith-based organizations have a constituency that they reach out to.  However, there are several other means to reach the target audience.  For example, Regal has a separate “Theatre Church” business wherein 130 churches worship in our theatres every Sunday.  Regal also engages in several faith-based conferences as part of our worship business.  We have utilized our existing communications streams to our churches to ensure they are aware of all faith-based Fathom events.

CJ: What special considerations are in place in terms of hosting such events?

Ray Nutt: Many times there are live Q&A’s via satellite or local speakers that present at faith-based events.  Our theatres are now equipped with state of the art digital satellite technology that allows for such interactivity.  This creates added value for the customer.  Several of our theatres have also been converted with recliner seats, making the Fathom event experience more comfortable and enjoyable.

CJ: What potential do you see for growth in the faith-based event market and what is Regal doing to address it?

Ray Nutt: Of all the verticals that Fathom is addressing, programming and executing, the business plan calls for the faith-based vertical to grow exponentially over the next several years.

CJ: Do the attendees of these events also buy popcorn and a Coke, or do they ever even stay to watch a film (Christian or otherwise)?

Ray Nutt: Whether you’re at a Regal theatre to see a movie or watch Chonda Pierce, all our customers enjoy our traditional concession offerings (Coke, popcorn, candy) and/or our new enhanced food and beverage offerings.

The growth of Christian and faith-based fiction movies is a major market in itself in the US, having in no small part been triggered by the stunning success of Mel Gibson’s “The Passion of the Christ”. While no film has matched this box office phenomenon, many have done very well given their often small budgets and limited print, advertising and distribution, with several Hollywood studios jumping in.

The resolutely atheist Guardian takes a critical look at the ‘Christsploitation’ genre (like ‘blackspolitation’, only for believers, geddit?), noting that 21 Christian films have had wide release (i.e. 600 cinemas or more) in the last five years, all of which are rated ‘rotten’ on Rotten Tomatoes’ ranking. But that is not holding the genre back:

Set this against Heaven Is For Real’s $100m gross last year against a budget of $12m or God’s Not Dead’s $64m against a $2m budget, and you’ll understand why even The Asylum, the company that brought you Sharknado and its inescapably silly sequels, opened Faith Films to release religious flicks in between cranking out mockbusters.

The genre is even spanning sequels, including next year’s highly anticipated God’s Not Dead 2. [I am not making this up!]

A more interesting and serious analysis from the ranks of fellow believers comes from the Pathos blog and the post called ‘Genie Jesus and the War Room Problem‘, which tackles the fundamental theological underpinning of many faith-based films – most of which the author John Mark N. Reynolds thinks are bad – as well as the culture that gives rise to them.

These filmmakers have had some time. They have made multiple films and the chief problem, the real danger, has not improved. The message of the movie is scary. The problem with War Room is that the Christianity isn’t really Christianity. Somebody is going to say: “Movies cannot contain an entire theology.” This is true. It need not. The difficulty is that all these films make the same mistake.

The mistake being the premise that if you pray had enough to Jesus he makes your wishes come true, like the genie in the bottle, or Santa, if you will. And in case anyone missed that point, here it is again: “Let’s be blunt: this is not so much a Christian film as a perversion of Christianity driven by a consumerist American heresy.” Ouch!

Yet as with Hollywood, so too the lesson of faith-based films is that people will flock (no pun intended) to the multiplex not to see what is good for them but what will make them feel better, whether Fathom-beamed documentaries or feature films about ‘Genie Jesus’. The Force is definitely strong with faith-based films in American cinemas, with several events already announced for this year, including “Women of Faith” on 20 February, “Dare to Be” on 16 March and even a re-release of Charlton Heston as Moses in “The Ten Commandment” on 20 March.