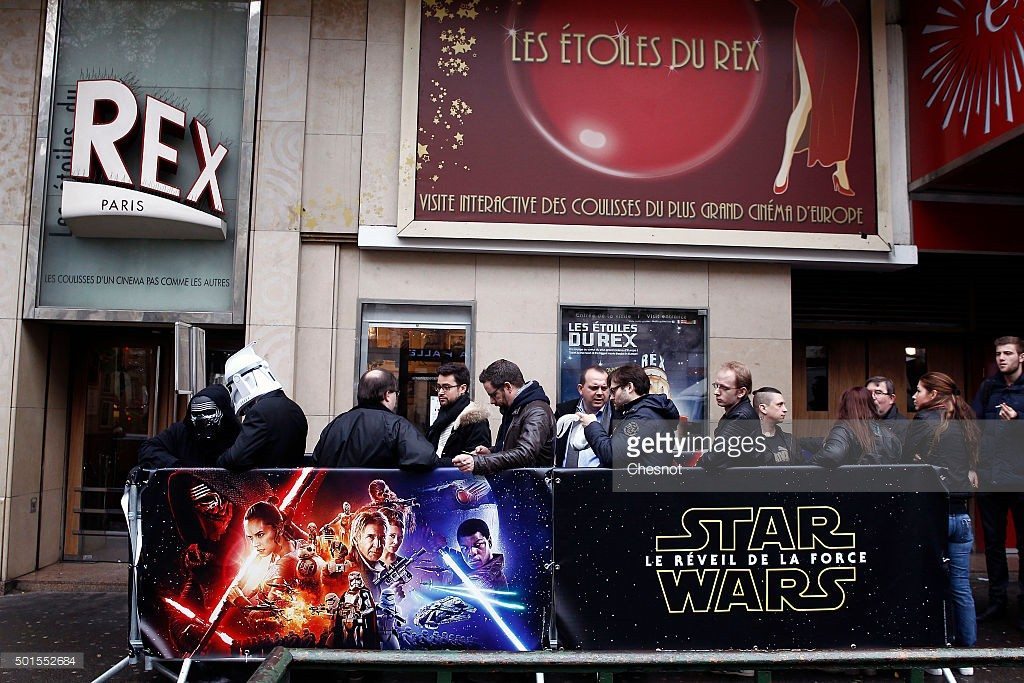 Europe – 2016 was a pretty good year at the European box office, with the feel good of “Star Wars: the Force Awakens” at the end of the year masking some spectacular flops (remember “Fant4stic 4”?), some troubling attendance figures and a dismal year for arthouse cinemas. Local films again made the difference between growth or contraction compared to 2014. And that includes Bond in the UK. More detailed pan-European figures expected next month from Unic.

France: Cementing its position as Europe’s leading cinema going nation, France saw 206 million spectators in 2015, which is down 1.4% year-on-year after a strong 2014, with local films capturing 35.2% (it was 44.4% in 2014). The French don’t like to dwell on such vulgar matters as the actual box office takings, though it would be refreshing if others balanced analyst of admission and takings. Le Parisian – 31 December 2015

Germany – It was a good cinema year in Germany, with 125 million tickets sold, up six million on the previous year, powered by local sequel “Fack Ju Göhte 2“ with 7.6 million viewers, while the latest “Star Wars” managed 4.4 million to the year’s end. SZ-Online – 31 December 2015

Spain: 94 million spectators contributed €571 million to the revived Spanish cinema business, once again helped by sequels and local hits, such as “Eight Catalan Surnames”. This is an increase of 7% and 8% respectively, according to Rentrak, with local film accounting for 25.5% of total BO. El Diary Vasco – 31 December 2015

In case you are wondering, Italy also did well, but it is countries in Central Europe, as well as Russia and Turkey that will be particularly interesting to number-crunch, in addition to how big an impact the blockbuster year had on everything from advertising and PLF to event cinema and concessions. All to come here as we get the stats.

UK – Will 2016 be the year when Odeon & UCI are finally sold by Terra Firma? Screen Daily has a long piece of analysis. CEO Paul Donovan is up-beat, ““The teams in our cinemas are passionately embracing innovation and change, and this is driving our retail sales up nearly 18% over the first nine months of the year, in markets that grew 6.8% on average. Our box-office sales are up 13%, and this has had a noticeable effect on our EBITDA [earnings before interest, taxes, depreciation and amortisation], which has doubled.” Odeon can celebrate re-gaining the title of #1 cinema in the UK from Cineworld on the back of 21% revenue increase. ScreenDaily – 6 January 2016 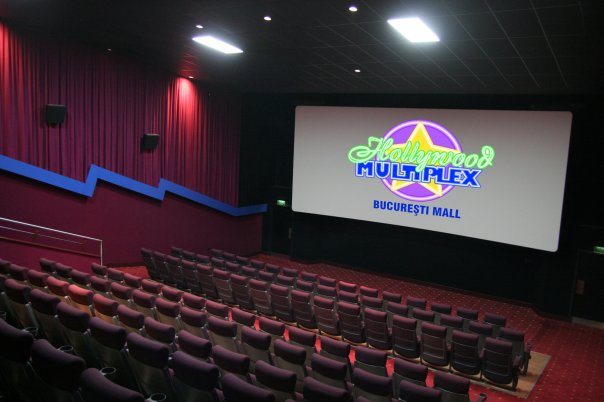 Romania – Hollywood Multiplex has been fined by Romania’s Competition Council for price fixing together with distributor Intercomfilm. Hollywood Multiplex was fined €22,000 while Intercom was fined €1,700. Both companies admitted their guilt to setting a minimum ticket price, hence the reduced penalty. Romania Insider – 6 January 2016

UK – Three cinema chains in UK dropped “The Hateful Eight” release plans. Curzon, Cineworld and its subsidiary Picturehouse, which between them operate 135 screens, objected to distributor Entertainment Film giving a one-week exclusive window to Odeon to show the film in 70mm at its flagship Leicester Square cinema. ScreenDaily – 6 January 2016

Australia – Other cinemas scrambled to get 70mm projectors ready to show “The Hateful Eight” as the director had intended. While screenings were mixed results (we hope to bring you a more analysis in the future) on account of the many technical challenges, it did bring a lot of old projectors and projectionists out of retirement, including this paid from Melbourne. ‘”70mm is unforgiving: when things go bad, they go bad quickly,” notes Bert Murphy, the Sun’s senior projectionist.’ Sydney Morning Herald – 8 January 2016

France – Ymagis has made a couple of appointment and announcements early in the new year:

Images is now also has 100% control of its content delivery service after it reached an agreement with SmartJog to buy out to remaining 40% share. Press Release (PDF) – 5 January 2016

Belgium – Unic has appointed Julian Pinn as its independent Technology Advisor, “to help articulate our positions on a wide range of issues relevant to the cinema industry and to help coordinate the activities of the UNIC Technology Group.” Press Release – 14 January 2016

Qatar – “The Danish Girl” has been pulled from cinemas in Doha only a few days after its release. The Culture Ministry wrote on Twitter. “We would like to inform you that we have contacted the concerned administration and the screening of the Danish film is now banned from cinemas. We thank you for your unwavering vigilance.” Obviously Gulf states don’t like to see men wearing long flowing robes or dresses. The country previously censored: “Noah”, “Exodus” and Bollywood films “Razz 3” and “Grand Masti”, with 50 minutes cut form “The Wolf of Wall Street”. The Guardian – 11 January 2016

A disgusted member of the public wrote to the council after seeing cockroaches crawling in the ice cream, popcorn and hot-food areas of the cinema, which was only given a one-star hygiene rating by the Food Standards Agency.

The concerned member of the public reported making ‘several complaints’ to the duty managers of the cinema, which were ignored, and was informed by staff that they had received no food hygiene training.

Shockingly, council staff dismissed the customer’s complaint, saying a subsequent inspection ‘did not reveal any activity’.

However, they were forced to backtrack, following a sickening discovery of over 200 of the roaches ‘in traps near the hot food counter’ two weeks later.

After conducting a follow-up inspection, the council’s hygiene team told managers at the cinema to take ‘immediate action’ to rectify the issue.

Hard to believe that Odeon would have staff not trained in food and safety hygiene. Perhaps it’s time though for cinemas to be forced to display their FSA ratings in full public view. MancunianMatters – 5 January 2016

USA (NY) – A Cinema deLux in White Plains has been cited for infestation of mice, lice and perhaps even bed bugs. The National Amusement-owned cinema had been the subject of complaints from a number of patrons and inspection by the Building Department. “The problem apparently came to light over the weekend and has been a topic of discussion among a group for White Plains mothers on Facebook. One mom reported that a friend’s daughter returned from a movie on Saturday with one of her arms “covered in bed bug bites.”” lohud – 14 January 2016 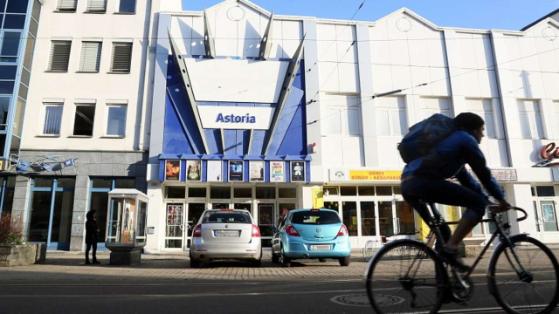 Germany – A 33-year old man was locked in after falling asleep during the last screening at the Astoria cinema in Zwickau (Saxony). Police had to free the man at 2am, who turned out to have 1.8 promille of alcohol in his blood. No word on what film he was watching. Bildt – 3 January 2016

France – A robbery took place at the Palace Lumière d’Altkirchon New Year. A man armed with a handgun and hood took the day’s box office takings from the sole cashier. The police are appealing for witnesses. L’Alsace – 1 January 2016

UK – BBC’s Sherlock Holmes Christmas special earned GBP £21 million (USD $30.1 million) across the world, placing fifth in the US box office charts. “BBC Worldwide said the 90-minute Victorian-themed show, which debuted on the PBS TV network in the US, was screened in 750 cinemas nationwide on 5 and 6 January and grossed $2.7m. On a per-screen gross ticket sales average, Sherlock topped the US box office over its two-day run, beating hits including Star Wars: The Force Awakens, it added.” Guardian – 14 January 2016

UK – Panter Hudspith Architects is responsible for restoring an office and factory building from the 1950s and converting it into a new multiplex cinema for Picturehouse Cinema Ltd in Crouch End, north London. As one of the last Modernist buildings in the area this seems like a smart move. Floor nature – 12 January 2016

UK – For 15 years Lewisham was the only London borough without its own cinema. But no more since the opening of the Curzon Goldsmith, on the campus of Goldsmith University in New Cross. The 101-seater fits in nicely with the ethos of the University, which counts directors such as Steve McQueen and Sam Taylor-Johnson as its alumni. Evening Standard – 7 January 2016

UK – Work on the nine-screen cinema in Bolton’s historic Market Place has been delayed due to the wrong kind of winds. Bad weather meant the high crane could not be operated for long periods. This means that the cinema is not expected to be operational until May of this year. Bolton News – 6 January 2016

UK – Odeon will be opening a seven screen, 961-seat cinema in Orpington in time for Easter, creating 46 local jobs. “Odeon has invested £4m in the development of the site, which includes a state-of-the-art Insense experience, allowing guests to enjoy blockbusters in the cinema’s largest ultra-high-definition screens.” Apparently this involves luxury seating and Dolby Atmos audio. Bromley Times – 5 January 2016

India – Inox has opened a six-screen, 1,368-seater cinema in Thrissur, Kerala in the Sobha City mall. This is the operator’s first multiplex in the state of Kerala. Inbox also launched its first multiplex at Meerut in Uttar Pradesh, with three screens and seating 1,012 people. Inox now has 413 screens in 105 properties across 57 cities across India. Economic Times – 4 January 2016

USA (DC) – A Georgetown neighbourhood commissioner has raised objections to all three proposed changes AMC wants to make to the old 3111 K St. cinema. “For the exterior, AMC’s architects are planning three major changes: a new AMC streetfront sign to replace the misleading “Loews Theatres” sign that currently tops the 3111 K St. NW building; a new sidewalk “blade sign” to advertise the redesigned theater to passersby; and a reduction in the number of doors entering the building, from six to three.” Georgetowndish – 12 January 2016

It is heartening to read about cinemas that step up to the plate when it comes to dealing with problems, particularly disruptive patrons. Here are no less than 45 heartwarming examples from Den of Geeks:

“The PCC [Prince Charles Cinema] in London is one of the best managed in terms of audience behaviour and vigilance. No other cinema has a staff member in the screening the whole time.”

“Recently, during Legend, a family with small children wandered in. The adults were clearly tired and wanted to make their kids society’s problem for a while. The staff noticed and calmly but firmly asked them to leave, which succeeded despite the grandmother’s protestations.”

“Best experience is the BFI, it’s like the Royal Albert hall of cinemas – no one’s doing anything… And if you are 10 minutes late you’re not getting in which is fair enough.”

“Vue has a TV screen outside each cinema screen so staff can see the audience and come in if anyone is misbehaving. I think it does make people think twice.”

“My local independent cinema in Ryde will deal with disruptive patrons when reported, and occasionally do a random fly past to check. I have taken matters into my own hands before, yelling: “shut the ****up!” at persistent, loud patrons. It works, and comes with the unofficial blessing of the staff.”