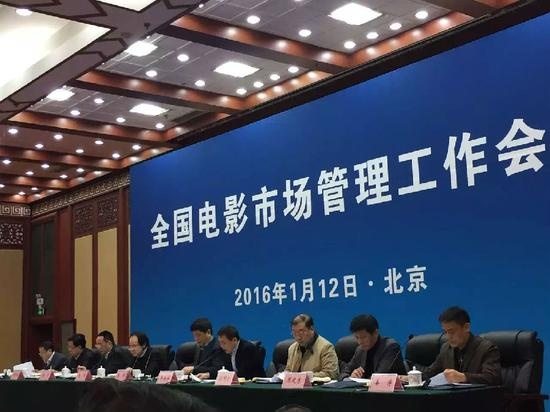 China is launching a three-pronged approach to crack down on box office fraud amongst domestic exhibitors. The move follows reports about box office irregularities of last year’s hit “Vampire Killers” and other films. The measures were announced in conjuncture with the National Film Market Management Conference held on 12 of January in Beijing and arranged by Chinese media regulator SAPRFT.

There have been concerns about cinemas using “dual system” ticketing software, whereby tickets issued are not registered as ‘sold’ with regards to box office receipts, hurting both distributors and government tax collection. Industry insiders in China even claim that historically some box office software has been sold with this capability promoted.

Yi Yan, senior analyst with Guo Kai Creek is quoted by the  “Daily Economic News” as saying that some cinemas reduce the redistribution of box office proceeds and the amount of sales tax paid, by narrowing the film revenue split from the box office, selling tickets manually or selling tickets that do not correspond with the with the film for which the ticket was purchased. He even claims that some cheaters went so far as to install several sets of computer ticketing system and concealed evasion behaviour through artificial “upgrades” of the software system.

The ‘three-pronged approach’ would tackle the problem of box office fraud by holding cinemas ‘jointly and severly’ liable for any attempt to conceal box office takings; hold software vendors liable whose technology is used where verified loopholes lead to tampering of data; and finally monitoring of smartphone app platforms for ticket sales and transactions.

Shanghai Theatrical Institute’s Professor Ishikawa is on record as saying that in the past there was such illegal behaviour, but that the discrepancy then resulted in a loss of hundreds of thousands of yuan, whereas the growth of China’s Cinema industry means that we are now talking about hundreds of millions of yuan. With China predicted by some to overtake the US in 2017 as the world’s largest cinema market, there is thus increased urgency to stamp out illegal practices. Some estimates put the fraud at at least 10% of the box office in 2015, meaning that CNY ¥4.5 billion (USD $600 million) might have been siphoned off last year.

China is now home to more than 40 major cinema companies. Many of these are not unified by assets but through joint-ventures, meaning that there is “loose management” and less oversight of fraudulent behaviour on the individual site level.

Recent reports from “China Radio and Television Press and Publication News” showed that at the end of last year there were five cases of so-called piracy “bootlegging” (cam cording in theatre) occurrences. In addition to this, China Film Distribution and Exhibition Association is said to have exposed a total of 12 batches lists of 72 serious violation cinemas in 2015, and 22 theatres where irregularities were reported. This was primarily the case for smaller theatres, rather than big and well established chains such as Wanda.

Cinema ticket software providers whose technology is found to be used for fraudulent practices risk losing their licence and may be banned from supplying cinemas for a fixed time period. The government is also pushing for more transparent practices from e-commerce platforms such as Gewara and Cat’s Eye, through whose smartphone platform people are increasingly booking their cinema tickets.

Other activities will include investigating individual theatres, which may have illegal income confiscated, be subject to fines, suspended from carrying out business, suffer a reduction of subsidies or receiving financial incentives from special movie funding mechanisms. If there breach is particularly serious they could see their licence revoked. If a licences revoked the cinema cannot re-apply for five years to restore its business status, with the threat equally applicable to theatres, companies or specific individuals.

Cinema ticket commerce platforms will also be forced to provide more transparency on their offers so that if there is a CNY ¥9.90 (USD $1.50) ticket promotion for 50,000 tickets, the app cannot give the impression that it offers an unlimited number of seats at this price. There will also be a crack-down on bundling whereby a cinema ticket, popcorn and a coke are sold together for CNY ¥60 (USD $9.11), where the value of the ticket is CNY ¥40 (USD $6.07) but the distributor only get a percentage of CNY ¥30 (USD $4.55).