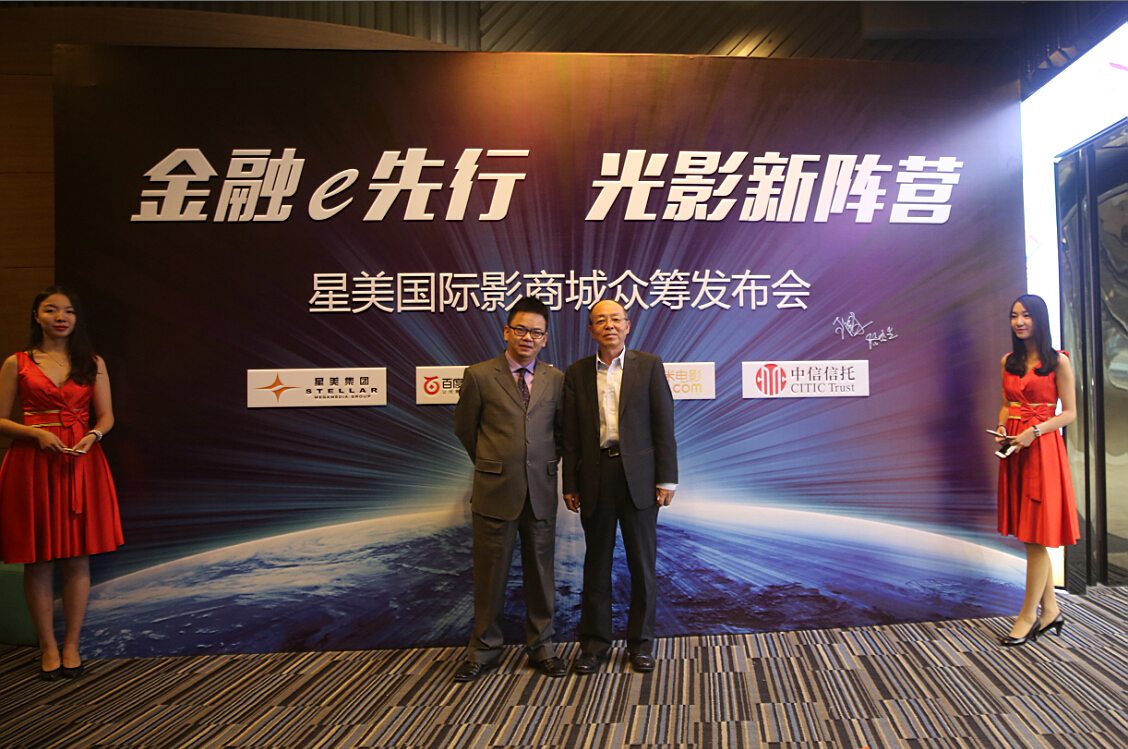 Now that the sheen has come off China’s stock market and overall economic growth, hard questions are starting to be asked about the success of China’s cinema box office. Reuters is the latest to have woken up to the fact that tickets are being massively subsidised by third-party e-commerce app platforms like Cat’s Eye and Guevara, though reported box office takings are not what consumers pay but what bulk tickets were purchased for, even if that resulted in empty seats.

The likes of Wanda Cinema Line, which is China’s market leader with 191 theatres, report box office takings based on the full ticket price. But many tickets bought online are sold at a discount, with cinemas and online sites often subsidizing the difference.

So users of Wanda’s site can currently buy movie tickets in Beijing at up to 40 percent less than the regular price. Meanwhile, discount sites, such as the Alibaba-backed Meituan, are selling tickets at certain cinemas at almost 80 percent off the full price. This matters because half of all movie tickets in China are now bought online.

So while BO is definitely growing, it is less then everyone assumes from headline numbers, plus it is a fragile growth built on massive subsidy. Reuters – 22 October 2015 China box office hype

Hollywood Reporter has also been alerted to the level of fraud bubbling away beneath the surface of the China’s box office, after the government announced plans to crack down on it. “China’s State Administration of Press, Publication, Radio, Film and Television (SARFT), which oversees the country’s media and entertainment sectors, says it will introduce “more technical measures” along with stricter regulation to improve oversight of ticket sales at cinemas,” after cinemas with a seating capacity of 200 were found to regularly sell 300 tickets per show and other blatant irregularities were uncovered. THR – 26 October 2015

But an editorial in TianjinWe is even more forceful in calling out the rows of empty seats (or ‘ghost fields’) in supposedly ‘sold out’ screenings, calling it a “perverse phenomenon”, resulting from tickets being bought up by mobile app platforms. Screenings are thus said to be ‘sold out’ even when the films are playing to largely empty auditoriums as subsidised third-party tickets go un-sold:

For every new movie released, the online ticketing platform will come up with at least tens of millions yuan to more than a million of real money, subsidising the difference in discount tickets outside the box office, which they buy their own expense, to create the illusion of tickets sold.

The truth is that nobody knows what proportion of the box office falls into this ‘shadow territory’, though pictures keep appearing on social media in China of largely empty cinema auditoriums that are supposedly sold out. The conclusion of the article is almost as poetic in its language as it is damning in its conclusion.

Cinema business is soaring, so much that China has become the world’s second largest film market, following North America. But this place is hidden behind the specter of false foam [bubble]. Support from the box office ‘foam’ capital grows bigger and bigger, and perhaps it is only after the low tide that we will know who is swimming naked [i.e. the emperor is naked].

Anyone who takes today’s China box office at face value is in for a rude awakening. Tianjinwe.com – 28 October 2015 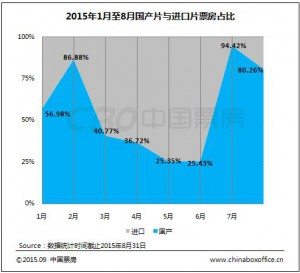 XiaoFai looks at the development of the Chinese film and cinema market and finds causes for optimism. But it is not an entirely honest analysis of this year’s statistics. To say, as the article does, “in the summer (June-August) the proportion of domestic films at the box office were more than 80 percent, far exceeding the imported films at the box office” as technically true, but omits the fact that Hollywood films were barred from distribution for a large part of the summer (just as they are over major local holidays like Chinese New Year). In months when Hollywood films competed with local films, the BO was squarely in favour of the imported films. This is not to take away from progress and success that domestic Chinese films have made, but just to remind readers that this is not an open market or level playing field. Analysts speaking off the record are much more pessimistic about local films’ ability to compete with Hollywood blockbusters. XiaoFai – 8 October 2015 China cinema box office

It is becoming more common to see articles in Chinese media that celebrate the growth of the box office, while then acknowledging that a substantial part of this growth of it is based on CNY ¥9.9 (USD $1.55) or cheaper tickets from third-party e-commerce mobile platforms. This trend began in earnest in the second half of 2014 and significantly undercuts the current box office standard price of CNY ¥70 (USD $7.22) for a regular ticket, up from around CNY ¥40 (USD $4.12) in 2012. An un-named cinema official is quoted as saying, “the theater box office will decrease significantly once the original price of movies is restored. With shooting costs increasing, ultra-cheap movie tickets can not go on like this for long. This is likely to lead to vicious competition, which will impact theater development. ” Heilongjiang – 28 October 2015

Korea’s 4DX continues to expand in the Mainland market. It has signed the first deal with Emperor Cinema in Wanxiangcheng (MIXC) shopping mall, located in the Hefei area, set to open in December. There are currently a total of 40 4DX screens in China, making it the most important market outside of its home territory of Korea. It plans to have 53 sites in total in China before the end of this year. Press Release – 23 October 2015 4DX Emperor cinema China

Fresh of its Chinese IPO Imax has been busy signing deals to expand its presence in the Mainland: 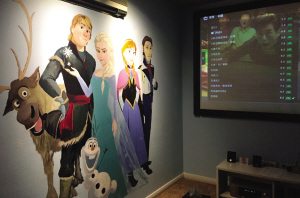 Yet another article extolling the rise of private cinemas: “Private cinema had become the new darling of the provincial capital” Taiyuan. The description of the layout and what is on offer is fairly standard, but for anyone new to this phenomenon, it says that private cinemas are like having your own car, compared to travelling on a bus, which is a regular cinema.

The reporter found that this kind of “on-demand cinema” experience goes from the lobby to the auditorium layout settings, and discount-style KTV [karaoke television] are exactly the same: the classic cinema hall plastered with movie posters, movies filled with selection range for children; the space between the various types of auditoriums ranging from small, which can seat 2-3 people, to large rooms that can even accommodate 20 people or hold  a party, and even choose a different theme. In addition, first-class sofa opposite a screen on the wall, with A/V controls right next to the sofa.

What is interesting is that this experience is not subsidised by mobile apps, nor do they legally offer first-run films (though somehow new releases tend to find their way to private cinemas within half a month of cinema release), but still do a good job of attracting couples and families with children. They may not compete with regular cinemas in overall box office, but might be a niche to rival Imax if they continue to grow and evolve. Kaixian – 27 October 2015

He graduated from Zhejiang University in 1995 specializing in optical instruments, while later getting a management diploma from the Europe International Business School in 2005. With 20 years of work experience, Chen is rooted in the film and broadcasting industry, and has served in a number of world-renowned companies and held senior positions. He has accumulated a wealth of professional optoelectronic knowledge, industry background and experience in business management, and is a rare enterprise managers.

China sees the development of domestic laser projection knowledge and manufacturing expertise as key in breaking free of reliance on foreign technology  – even when those projectors are manufactured in China. Laser.OFweek – 28 October 2015

BBC’s “Sherlock Holmes” television show will be getting a big screen outing in China in 2016, following a deal signed during President Xi jinxing’s visit to the UK. BBC Earth Films and SMG Pictures will also co-produce a sequel to the hit documentary “earth”, called “Earth: One Amazing Day.” It is not clear if the “Sherlock Holmes” release, which will be part of the Christmas special ‘global cinema event’, will count towards the 34 foreign film import quota that restricts how many non-domestic films can get shown in Chinese cinemas. The series has a major following, with 98 million views for the last season alone. [NB: The Chinese term from ‘Sherlock’ is virtually indistinguishable from that of ‘Shylock’, meaning that there is hopefully no misunderstanding about a Shakespeare drama screening.] Variety – 21 October 2015