There is a growing sense of unease amongst smaller UK exhibitors about the recent trend to pre-release blockbusters in PLF (premium large format) auditoriums. The back-to-back Week -1 screenings of “Everest” and next “The Walk” on both Imax and own-brand PLF screens has raised a questions about whether this effectively discriminates against smaller exhibitors and those that have big screens, but do not brand or up-charge for them.

“Everest” earned GBP £658,000 in previews for a total of GBP £3.16 million,from 76 previews on PLF screens in Week -1. [Interestingly Working Title effectively went up against itself as “Everest” previews played the same weekend as the mini-studio’s gangster biopic “Legends” opened wide – the former distributed by Universal while the later by StudioCannal.] Similar strong business is expected for “The Walk”, which much like “Everest”, has been heavily promoted as a ‘serious’ blockbuster (both films are based on true events) that puts the big screen and stereoscopic 3D to strong artistic use.

Imax has promoted pre-releases a few years back in the US for films like “Mission: Impossible – Ghost Protocol” but the practice drew criticism from exhibitors with a smaller Imax footprint. At that time there was still a relatively small number of own-brand PLF, which were not included in the pre-release strategy. Imax subsequently released “Skyfall” one day early on Imax, but it was not until this summer’s “Jurassic World” that large scale Imax and PLF pre-releases took hold.

It is important to remember that at the time when films like “M:I 4” got an exclusive run on the biggest screen there were far fewer Imax screens, often just one in each major city. These days there can be half a dozen Imax and PLF screens in major urban markets, with often at least one Imax/PLF screen in mid-size cities too. 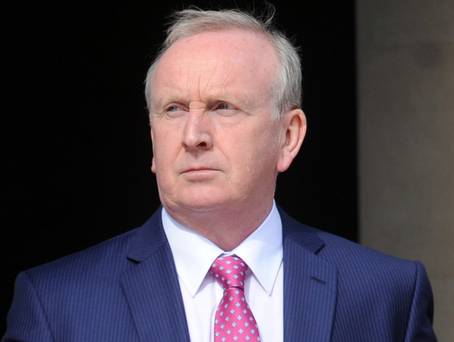 One exhibitor caught up in this situation is Michael McAdams, who runs Northern Ireland’s Moviehouse Cinemas chain and who calls the practice of PLF pr-releases “grossly unfair.” It is not that McAdam or Movihouse Cinemas don’t offer large screens or a quality experience in its auditoriums; it’s just that he chooses not to charge a premium for it. “We don’t charge booking fees, we don’t charge extra for 3D (people just buy the glasses); I just want to give value for money,” he explains, stressing that, “I’m trying to encourage people into theatres, not create obstacles.”

McAdam is keen to point out that he doesn’t mean to come across as sour grapes and respects that competitors have invested in premium equipment. “If I decide to invest in sound and picture – that’s a choice I make. But if I don’t, why should I be punished,” by not getting access to films at the same time as others, he asks. He also notes that despite some recent and impending blockbusters, this is still “one of the bleakest time’s we’ve come through,” and that the cinema industry is “having to re-invent ourselves again.”

PLF pre-releases are aimed at cashing in on film premiere excitement by attracting filmgoers prepared to pay a significat premium for a larger cinema experience, benefitting both distributors and exhibitors with Imax/PLF screens. But it hurts both exhibitors without PLF screens, as well as penalising exhibitors like McAdams that have large screens, but have chosen not to PLF brand them and/or up-charge. Often PLF and non-branded/up-charged large screens lie within the same catchment area, meaning that the exhibitor that up-charges creams off a significant portion of the local audience and BO unchallenged.

While some might be tempted to say, “well if it’s such a problem, why don’t you install a PLF screen?”, it is important to remember that there are a large number of areas in the UK where the local economic conditions do not support charging premiums on tickets. Some PLF screens can keep prices affordable for the local community, but in the case of IMAX premium pricing is one of the conditions of becoming part of the requirements in signing with the large format major. There is thus a risk of a two-tier system, or at least a new category of what will effectively become ‘second run’ cinemas on certain big releases.

This trend, which has largely been confined to the UK in Europe, also raises the question: will pre-releases spread to premium screens beyond just PLF – including a wider PLF definition that encompasess Barco Escape and CJ ScreenX screens, for example – i.e. will it mean that films will also have aWeek -1 run in 4D motion seat auditoriums and VIP premium lounge screens in the future? For now films like “Everest” and “The Walk” are inherently seen as as visually ‘big’ experiences by virtue of their subject matter (big mountains and tall buildings), but could a similar argument be made for event films like ‘Spectre’ and ‘Star Wars VII’, which are not slotted for PLF pre-releases?

But while PLF pre-releases is an issues that requires a wider industry discussion, they still have a relatively limited impact in the UK. It should also be remembered that pre-releases are not restricted to PLF films alone, with BFI BO data highlighting that in its first week “Legend” includes £1,493,811 from 490 previews, ie more than twice as much as “Everest”.