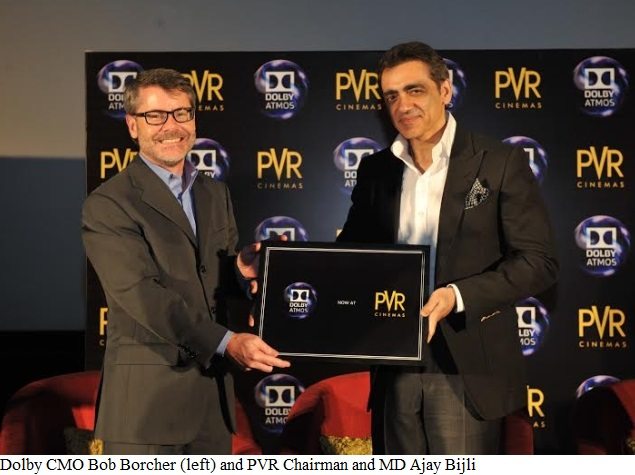 India – After its deal with Austria’s Cineplexx, Dolby has tied up with PVR to launch Atmos in 50 of the chain’s auditoriums over the next two years at a cost of INR 40 crore (USD $6.26 million). This will make it the largest Atmos install in India. LINK PVR has also announced intentions to build 150 of its low-cost ‘PVR Talkies’ screens in the next 2-3 years. (None are expected to feature Atmos.) LINK

USA – Despite some notable summer hits, exhibitor stocks are under pressure because of high film fees relating to Imax and 3D screenings. For Carmike film exhibition fees rose 270 bps to 58.7%, as a percentage of revenue. Carmike is said to have disappointed analysts with its Q2 figures, though promises stability for Q3. LINK For AMC film exhibition costs were up 14.85% to USD $295.42 million for the quarter. Ticket prices up 3.76% but F&B spend per patron up a whopping 10.2% to USD $4.65. LINK Meanwhile Regal outperformed analysts expectations with revenue of USD $862.8 million and its new recliners “outperformed the industry box office by over 6,100 basis points, and contributed an incremental $10 million of box office revenue.” LINK

France – Gaumont hosted an eSports evening on 28 July, tied in with the screening of the documentary “All work All play: In search of the glory of the E-sport”. LINK

Malaysia – The Perak Tengah district council has issued an order to Lotus Five Star (LFS) not to sell couple seats to un-married couples. The decision only applies to muslim cinema goers. LINK

UK – Cinema admissions are up 1o% in the first half of the year in the UK. And “Avengers: Age of Ultron” and “Cinderella” both qualify as ‘British’ films. LINK

USA (WI) – The one-screen Tomahawk Cinema in Lincoln County is one of less than 100 in the US still using 35mm. It has launched a fundraiser to go digital before the end of the year. LINK 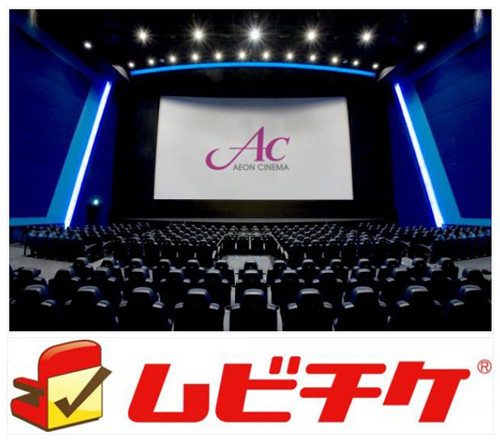 Japan – Aeon Cinemas has introduced electronic ticketing with seat reservation as of 4 August. Using it will be 400 yen (USD $3.24) cheaper than regular 1,800 yen (USD $14.56) cinema ticket price. LINK Aeon has also been pioneering theatre rental in its cinemas for everything form weddings to corporate events. LINK

Qatar – The first movie theatres in Al Khor, a three-screener with seating for 600, will open in the Al Khor Mall during Eid al-Adha in September. LINK

UK – Scarborough Council is set to re-examine the decision not to give planning permission for a cinema to be build in North Street car park. LINK

UK – Corby gets a new cinema today. The Savoy cinema will feature Dolby Atmos and 3D in the GBP £6 million six-screener.  LINK

UK – The 600-seat former Grand Electric Cinema, in Ryhope, built in 1912 will be moved brick-by-brick and at Beamish Museum in its planned 1950s Town. LINK

UK – A proposals to build a new seven-screen cinema on the outskirts of Speke, near Liverpool, has been given the go-ahead. No operator announced. LINK

UK – Wirral is getting a new Imax screen at the Vue in Cheshire Oaks. The 57 by 33 foot screen has a 225-seat capacity. LINK 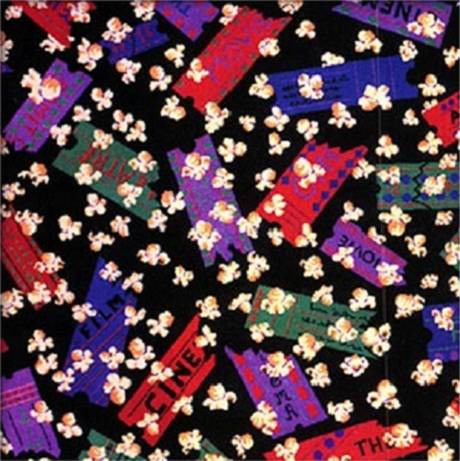