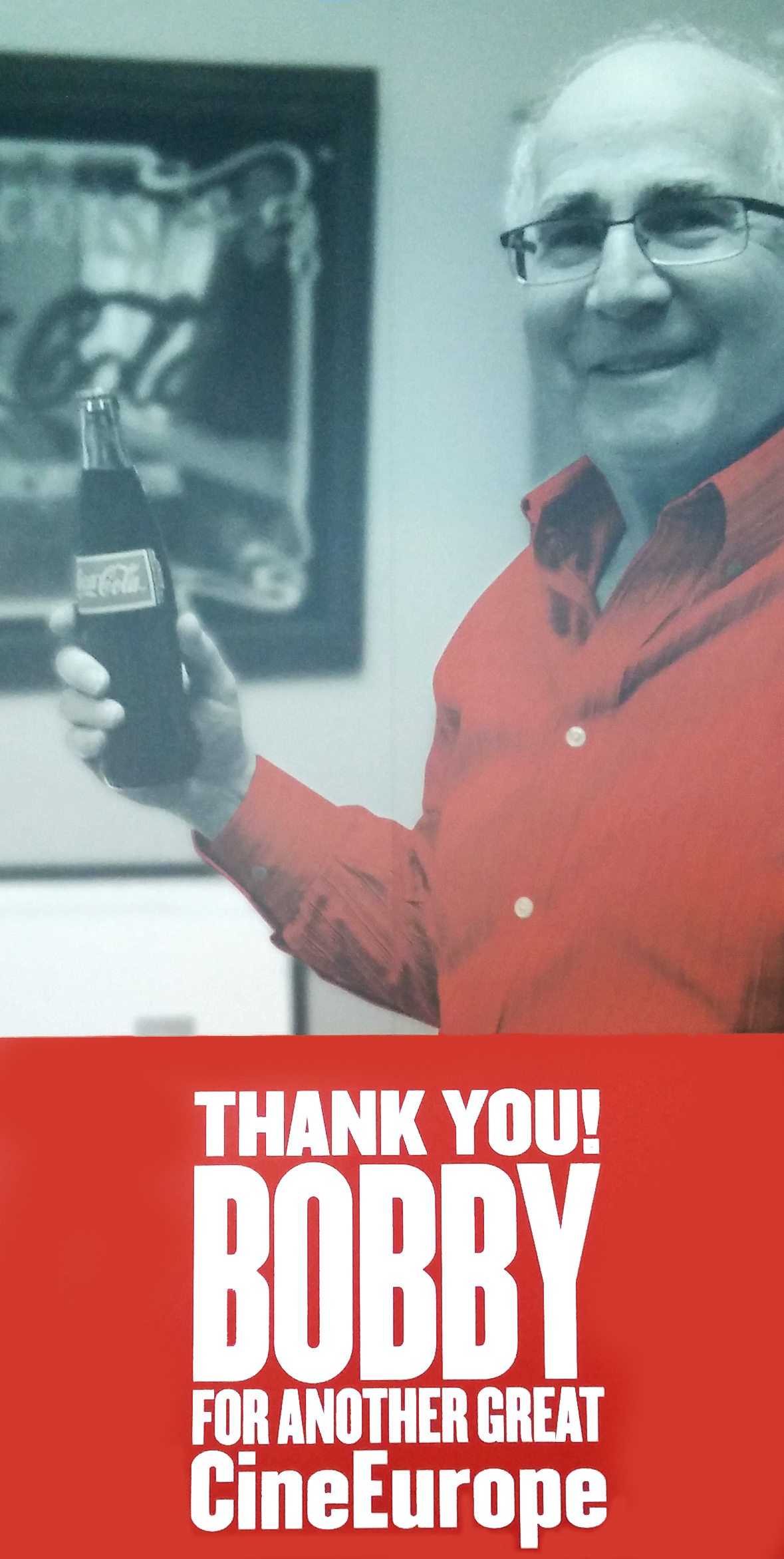 This post was composed in real-time during the opening ceremony of CineEurope 2015 in Barcelona, Spain. As such we often paraphrase the addresses being given.

The opening ceremony of the fifth edition of CineEurope took place against the backdrop of both the record “Jurassic World” earning a USD $1 billion global take, but also audience and box office declines in many European territories.

CineEurope’s Managing Director Robert Sunshine underscored recent industry successes when greeting attendees, saying, “Everyone is looking for 2015 to hit new records and it is off to a great start.” Sunshine went on to introduce the EUR €100 million show reel featuring 14 films which hit that mark, including two French films – significantly it was a good year in and for France at the cinema.

Sunshine thanked Dolby for installing Atmos in the Centre de Convencions Internacional de Barcelona (CCIB), the venue in Barcelona where CineEurope was held. Five of the six Hollywood releases playing throughout the week would be shown using Atmos. Vendors such as Spain’s own cinema integrator Kelonik, audio manufacturer QSC, screen supplier Harkness, technology providers Christie, NEC, Barco, Dolby and event production company Andy Peat Associates were among some of the other which received special thanks for their work on this year’s CineEurope.

“The theme for this year is “partnerships,” Sunshine added “We aknowledge partnerships between distributors and exhibitors, Coca Cola and the whole cinema industry and between CineEurope and CCIB.”

Jordi Sellas, ?Director General for Creation and Cultural Industries of Catalonia, was also on hand at CineEurope’s opening ceremony. “Welcome to Barcelona, the capital of Catalonia,” Sellas began. “Catalonia produces or co-produces 70 films every year. Around 60 different films shot each year in our landscape.The region recently introduced a new tax on telecom companies to help create a fund for the audio-visual sector.” In fact, Catalonia now has a special fund created for the cinema sector in the region, to make the market more competitive.

Speaking of partnerships, Sunshine revealed that CineEurope and the International Union of Cinemas (UNIC) is now a true partnership as a professional forum. “Five years ago six studios presented their product,” he said. “This year 11 distributors will present their product. A long term partnership is beneficial for the industry and Jan [Runge] and Phil [Clapp] made it happen. We only have one rule: Have fun. And maybe a second one – to please put your phones away and no tweeting or Facebook discussion about the films we see.”

This latter rule his was drilled into every journalist present in no uncertain terms earier, so we can’t tell you which film had CineEurope audiences buzzing. Though has that ever been the type of news covered within the pages of CJ? (Hint: No.)

Phil Clapp, President of UNIC, presented the industry keynote address at the opening ceremony of CineEurope 2015. But, first Clapp hands the podium to Richard Patry, President of the French Cinema Exhibitors’ Association (La Fédération Nationale des Cinémas Français, or FNCF) to deliver the keynote address of the show. It should be noted that both Clapp and Patry’s presentations were translated into French, German, Spanish (and in the case of Patry) English in text shown behind the speakers.

“Twenty three percent of 911 million European cinema goers in 2015 were French,” Patry started out. “Two-thirds of all French citizens went to the cinema last year and there is a 49.8% market share for French films.” However, Patry said the FNCF is interested in the development of the European market as a whole, that producers and distributors wellbeing also concerns him.

Patry stated that piracy and audience declines are causes of concern, asking for action against piracy at a European Commission (EC) level. Audience renewal is another important challenge according to Patry and he highlighted some initiatives in France designed to tackle the problem; for example EUR €4 tickets for children under the age of 14. “This was a tremendous success,” Patry reported. “Ninety percent of French cinemas supported it and under-14 attendance increased from 17% to 21% without the average ticket price being affected.”

Patry showed three FNCF spots for a major marketing campaign aimed at the youth of France. The campaign is dubbed Passez en Mode Ciné (or Switch to Cinema Mode). Patry believes social media is one of the most important revolutions in marketing to come along in some time, and as such the FNCF spots have been given their own hashtag “#auciné”. Patry wrapped up his speech with, “I’m inviting you to switch to cinema mode.”

Before launching in to the industry address, Clapp hands out this year’s UNIC Award of Achievement to Ricardo Évole of Yelmo Cines. In accepting the award, Evole recounted how Yelmo was built into cinema empire from scratch while successful navigating the challenges facing the Spanish cinema industry such as piracy and economic recession.

Clapp began his speech by noting that in early June UNIC and Prometheous Global Media (PGM), the company which runs CineEurope, had entered a long-term agreement to become an equal partner in the annual convention. “UNIC now draws on 36 territories and local organizations, a cinema sector of unparalleled diversity and strength,” Clapp declared. “Last year we were experiencing uncertain times. Since then we have seen how strong and resilient the sector is. Fortunes vary across territories but 2015 has gotten off to an exceptionally strong start. The second half of the year looks if anything even better.”

Clapp credited exhibition’s partners in distribution for releasing a diverse slate of films programmed throughout the year. “Home entertainment fares best when it stands on a strong foundation of cinema exhibition,” he continued. “Great films alone are, however, not enough. That is particularly true for the youth audience who have a wide variety of options. Cinema owners have never had to work harder to attract youth to their cinemas. A challenge for us all is to learn lessons from this and to remind the public of the uniqueness of the big screen experience.”

In closing, Clapp returned to the diversity of the film slate, specifically the importance of a strong domestic and non-domestic European film slate. “Poland, Turkey and France have shown the way,” he said. “Commission policy makers in Europe seem to have overlooked the importance of cinema in pursuing the development of online film offerings. Any strategy that serves to lower the perception of value [of film] cannot be beneficial to our industry. What we risk losing has never been greater. Interefering with market led practices or nedlessly raising VAT [as proposed in Sweden] are all issues that UNIC will keep fighting.”