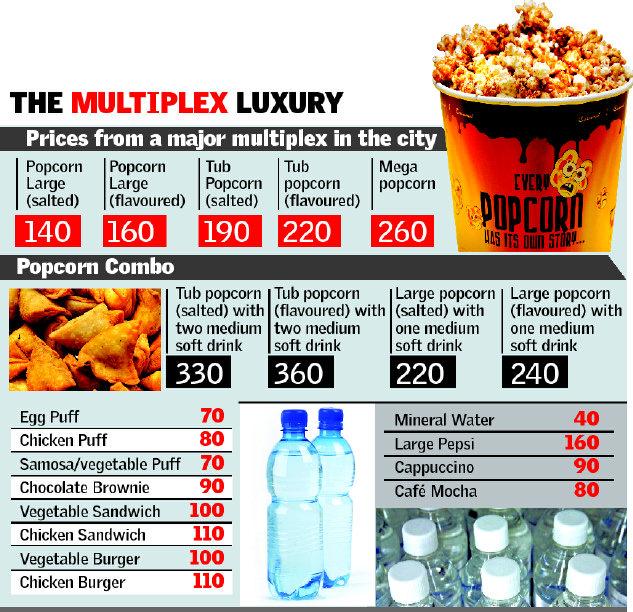 Today, the manic and sports world enters a new dimension. ESL partners with BY Experience , a global leader alternative content in cinemas, to offer the first worldwide eSports events broadcast in movie theaters! In France and Switzerland, the Pathé Live company was chosen to ensure the live broadcast of these events in auditoriums across the two countries.  LINK

India – The Hindu newspaper takes issue with the prices being charged for concessions at multiplexes and questions whether they abode by maximum retail pricing (MRP) regulations. ““There is no regulatory mechanism when it comes to pricing of unpacked food and beverages like popcorn. Since only packaged items come under the purview of Packaged Commodities Act, there is no legal remedy available for consumers in such cases. But in case of MRP violations they can approach us for compensation and refund,” said Cherian K. Kuriakose, president, District Consumer Disputes Redressal Forum.”  LINK

Latin America – BBC Mundo asks why ticket prices are so expensive, and not just in the West. “This Friday, a movie theaterhere  in the Puerto Madero, in Buenos Aires , was charging 90 pesos, or US $ 9.98. The same chain of cinemas in a mall Unicentro in Bogota, charged standard entry fee of 15,000 Colombian pesos, equivalent to US $ 5.71. In Honduras, 98 lempiras, about US $ 5.” Far from being a dying technology, the article notes that cinemas now aim for comfort and luxury. LINK 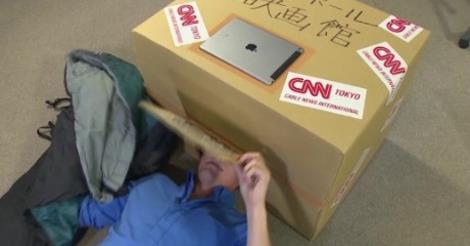 USA (CA) – GDC Tech has appointed Texas Instrument’s veteran Reiner Doetzkies as Vice President of Technology Development, Worldwide. “In his new role, Mr. Doetzkies will be responsible for contributing to GDC Technology’s product and technology development. In addition, he will set goals and benchmarks for the company’s product development, product maintenance and quality.” Reiner had been with TI since 1998. He was one of the people recognised by AMPAS with a Technical Achievement Award for his work on the DLP chip. LINK

UK – Conde Nast Traveller has a listicle of the Ten Best Outdoor Cinemas in the UK. “Backyard Cinema began as a grassroots project, with a venue made of recycled wood and sofas and with beers, sizzling barbecues and dancing high on the agenda. Now a ‘roaming cinema’ set up in secret and immersive locations across the capital, its goal is to make moviegoers feel they’re watching their favourite classics on a friend’s back lawn.”  LINK

UK – With no dedicated regular cinema, one entrepreneurial man in Scarborough plans to open a drive-in and/or open-air cinema. “Ben, founder of Moonlight Drive-in Theatre, says the startup business is fully funded and ready to go, including a powerful 4K digital cinema projector capable of using a screen up to 30 metres wide.”  LINK

USA (OH) – The last 35mm cinemas are dwindling in number, such as this single-screen cinema in Englewood, OH that is closing because it cannot afford the switch to digital. “The last movie screened was an independent film, “Alone in the Ghost House,” by local filmmaker Henrique Couto. The movie started at 10 p.m. in the 304-seat Englewood Cinema, 320 W. National Road.”  LINK

UK – Cineworld’s Picturehouse Cinemas is getting ready to launch its seven-screen re-furb of the old Trocadero cinema in Piccadilly Circus. The Guardian talks to the company’s co-founder Lynn Goleby. “A West End cinema is the realisation of a long-held dream for Goleby: “It will be a flagship – it’s bigger and more ambitious than anything we’ve ever done in the past and yet all the threads of what we’ve been doing for the last 20 years will all drive through this.”” Amongst its features will be the Silver Screne program for pensioners already operating at its other 21 sites. Goleby also musters a semi-regret about last year’s Brixton fiasco. LINK

USA (NJ) – Looks like the Friends of the Loews are free to continue running the 86-year old cinema at least until February 2020. “A Hudson County judge this morning delivered a blow to Jersey City’s efforts to revamp the Landmark Loew’s Jersey Theatre by ruling that the nonprofit group that runs the historic theater has a valid lease that the city cannot break.”  LINK

Australia – St Kilda’s Astor Theatre is re-opening after a two month closure for refurbishing. “Zak Hepburn is a man on a roll. Beaming with enthusiasm, wearing a candy-coloured, pin-stripe suit and a neatly trimmed beard, he resembles a youthful Willy Wonka – and he, too, holds the key to a magical kingdom. Specifically, he’s the new manager of St Kilda’s Astor Theatre, the last single-screen revival cinema in Melbourne, which re-opens this week after a two-month break for refurbishment.” LINK 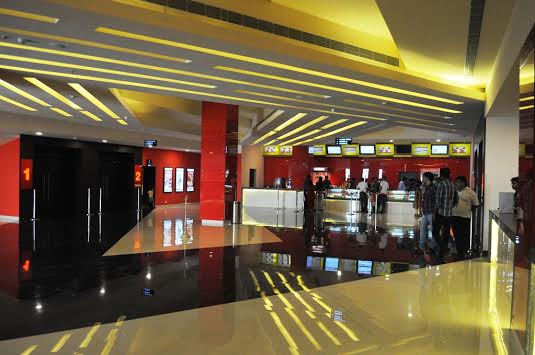 India – Carnival Cinemas has opened a three-screen cinema in Kadi. “This is Carnival’s 10th cinema in Gujarat and now the screen count in Gujarat alone is 33. Located at Citi Center 1, Thol Road in Kadi, Carnival V World Cityplex is the first multiplex in the city.” LINK

USA (AZ) – A former Regal cinema re-opens as an Icon Cinema after extensive refurbishing. “Electric recliner seats and bottomless popcorn and soda are some of the features at Albuquerque’s newest movie theater opening today in the Four Hills Village Shopping Center, according to a report in the Albuquerque Journal.”  LINK 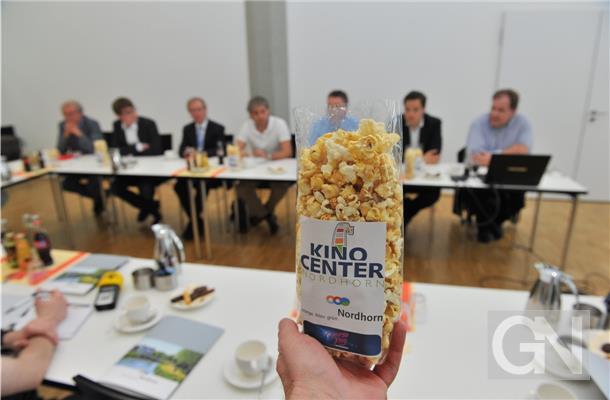 Germany – How to persuade local politicians to approve your cinema plans; bring an obligatory bag of popcorn. “With the motor in the establishment of a modern cinema center on the NINO-Areal, the CDU / FDP-Group considered the issue in the Council of the town of Nordhorn. The planned new building constitutes a “strengthening of the soft location factors”.” LINK

Austria – St Pölten is getting a new Imax screen. “After four months of construction – the hall was raised – and one million euros, the IMAX projection system and the crystal clear sound and the IMAX IMAX hall optimized geometry for the first time make in northeast of unique cinema experience.On 10 June is opening.” LINK

Germany – The manager of this new cinema in northern Bavaria is soliciting suggestions for its name.  LINK

France – A new cinema has been approved for Coignières. “The county Planning Commission business (CDAC) gave a favorable opinion on Thursday in the building of a cinema multiplex with 10 screens and 1,200 seats in Coignières.” But another 8-screen has already also been approved for nearby Pariwest and one of the two may never see the light of day.  LINK 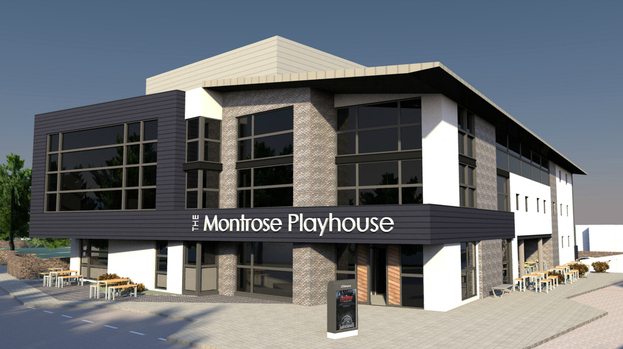 UK – The long-gestating conversion of a defunct swimming pool into a cinema [probably our favourite cinema project here on CJ] has received the backing of the local council. “Angus Council gave permission for the former pool at The Mall site to be demolished to make way for the £4.2m centre, which it is hoped will become a thriving community arts hub.The site has been handed over to the Montrose Playhouse Project under a 99-year lease agreement for the nominal fee of £1, in reflection of the social impact the four-screen cinema is expected to have on the community.”  LINK

Brazil – The goodness of Coke and Dolby surround sound – all in one cinema promo! “When it comes to creating the sensation of being inside a Coca-Cola while it’s being poured over ice, sound is everything. That’s why JWT Brazil partnered with Dolby for a new cinema ad featuring Coke, and the resulting spot will soon be featured in place of the sound system’s usual pre-movie promo.”