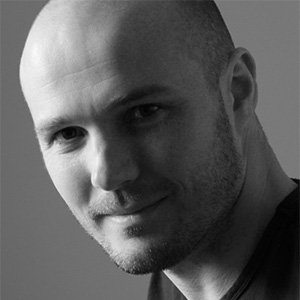 In the run-up to NAB and CinemaCon 2015 CJ is interviewing and profiling several leading companies, trade bodies and people to capture the mood of the cinema industry as it enters its post-digital era.

Today we talk to Rich Welsh, Founder and Head of Sundog Media Tool, which last week announced its partnership with RealD for the RealD TrueImage cloud-based post-production process that was used on the last “Hobbit” film and will be used by Ang Lee on his latest feature film.

Celluloid Junkie: Tell us about the background to SunDog and how you came to work with RealD.

Rich Welsh: I set Sundog up in 2013 with Chris Ralph (formerly of Dolby) with the idea of developing software for post production process very specifically in the cloud, to take advantage of the low cost of use and large scale.

We quickly realised that what was needed was a platform for these processes, and that if we could develop a solid software environment it would be useful for deploying any post production software that requires large scale computing.

We were approached by RealD recently with regard their TrueImage process, which fits very well with the idea of the large scale, on demand model. The TrueImage process is very complex and requires a substantial computing capability so it’s an ideal match for big cloud, and the Sundog platform.

CJ: In a nutshell, what does TrueImage do and what makes it unique?

Rich Welsh: TrueImage is not like anything you’ve seen before in the post production space. It’s an image reconstruction tool that literally takes image sequences apart at the sub-pixel level and compares the information within each frame with the surrounding frames in the sequence.

It then completely rebuilds the frame, and in the process removes artefacts such as camera noise, codec issues and at the same time, improve texture and sharpness in the image. The uniqueness is exactly that ability improve edges and texture in an image, while at the same time taking out unwanted noise.

CJ: So how does that differ from other solutions in the market?

Rich Welsh: Typically other processes available will do one or the other, reduce noise or improve sharpness and detail not both. But TrueImage goes much deeper than that. Because it’s a reconstructive technique, it is able to find information from other frames.

In 3D it even looks across the left-right images as well as forwards and backwards in time. It is also iterative, so you can run multiple passes to see subtle improvements from one pass to the next, then choose the level of enhancement that is right for each image. Creatives love this ability to make the decision once the process is finished, and chose shot by shot.

Of course it can be run in an automated way as well for high volume hands-off processing.

CJ: Tell us about your first projects and what you will be showcasing at NAB.

Rich Welsh: We are really excited that Oscar winning Director Ang Lee is looking at using TrueImage in Sundog right now. And we also have National Geographic testing to use TrueImage as part of their workflow for their in-house National Geographic Studios productions. They see clear benefits of TrueImage, especially when it comes to 3D and what they describe as the Giant Screen, the biggest cinema screens.

We know from experience that HD and in particular UHD is hugely challenging for natural history and documentary footage where low light levels often lead to camera noise problems that plague 2D and even more so stereo 3D content.

We have been working on the re-release of classic “Hero” with Jet Lee, which will be converted from 2D to 3D. They have pre-processed the whole movie using TrueImage in Sundog prior to the 2D-3D conversion. This will not only help with the conversion process, it cleans up the image overall which will give audiences a great new experience in digital compared to the 35mm 2D release of 2002.

Rich Welsh: Absolutely, ours is just one of the media products on offer in Amazon and other clouds. So many other industries have already made a considerable transition from owned infrastructure to cloud, such as pharmaceuticals, oil and gas, banking… These are high value industries that see the huge cost benefits of moving their software processes to cloud.

The media industry is starting to see that with some applications like dailies, transcoding, distribution. Some hardware manufacturers are also starting to offer cloud versions of their products, which I think points firmly to this being the future.

What sets us apart is our focus on a platform that includes a whole ecosystem of third party post production processes for image and sound, and the ability to put these together in our workflow interface. We like to think of it as the ability to build a facility on a per job basis, picking and choosing capabilities and manufacturers.

As well as this exciting addition of RealD TrueImage we already have tools form other highly respected manufacturers such as Dolby and Digital Vision.

CJ: Given the recent hack of Sony Pictures, is there not an inherent danger with storing and processing content in cyberspace?

Rich Welsh: Remember that the hack on Sony was on their internal networks, so I wouldn’t hold that up as an example of the potential risks of using the cloud for media. Also, that was part of a much larger and sophisticated attack which had the hallmarks of a government sponsored effort.

Of course there are always risks inherent in protecting data on connected networks and we take that very seriously. When we’re handling pre-release content, it is the most sensitive data for a production and we have to consider security first and foremost in what we do.

We made a conscious decision to use Amazon AWS because their own security measures are incredibly well thought through and they have worked very closely with MPAA on their security audit. We add a number of layers of security on top of Amazon AWS, we have built a robust security architecture to our system. Because this was in our mind from day one, strong security is intrinsic to the platform, rather than an afterthought as is sadly often the case.

An example of where we try to go further than your average security measures is our second factor authentication using a US DoD [Department of Defence] approved hardware device which is designed specifically for the cloud. We’ve seen recent compromises of more simple and widely deployed second factor authentication such as pin code generating devices, so we chose a far more sophisticated solution we believe offers greater protection.

CJ: This year’s big topic at both NAB and CinemaCon seems to be HDR/EDR – what’s your take on this?

Rich Welsh: We’re into it! In fact we’ve been testing some material which is HDR 4K 3D at 120fps-per-eye. That takes some processing – try rendering that on your laptop!

We’ve implemented a specific HDR handling capability in our system in fact and we have an HDR implementation of RealD TrueImage already in the system, so we’re ready to go on that front.

I think HDR/EDR combined with 4K is going to be a real game changer. Either of those formats on their own does bring something to the table, but both together really start to shine. Add high frame rate and it’s a game changer for the viewing experience.

We’ve seen from the work of Peter Jackson, James Cameron, Doug Trumble and others what a big difference frame rate makes to 3D. Adding 4K, HDR and wide colour gamut gives yet more, and brings 3D to a wider audience that hasn’t necessarily enjoyed the 24fps, low light level 3D they experienced in the past.

I genuinely believe TrueImage has a big part to play in that eco-system to really get the best image quality out of these formats and you’ll start seeing the difference it makes on the big and small screen in the very near future!