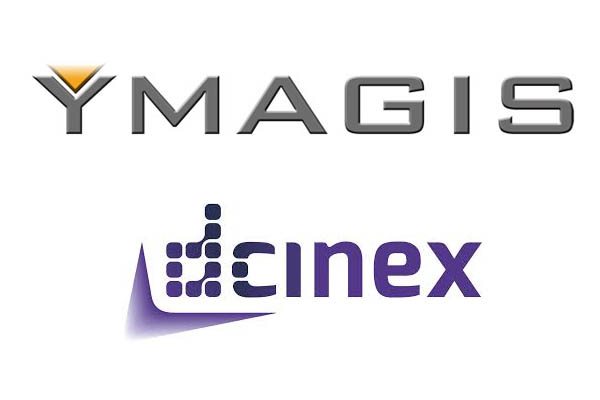 The pan-European cinema integrator and service provider has released financial results for the fiscal year 2014. While the company merged with Belgian-based digital cinema operator dcinex in October, the results are for Ymagis’ operation alone, with the joint results published separately. The figures paint an interesting picture of where the exhibition market stands in Europe and what its outlook it.

Ymagis had deployed 6,027 digital screens across 19 Europe territories under VPF contracts by the 31 December 2014, compared to 5,689 a year earlier. That is an addition of just 338 or just over 5% growth, meaning that the digital cinema roll out largely came to an end in 2014. The company was largely ‘mopping up’ in late conversion territories like Spain and Greece. This means that the merged Ymagix+dcinex has to rely on exhibitor services, equipment sales and other revenue moving forward, not least as VPF contracts expire.

Exhibitor services grew by just 2.1% to €66.3 million, while equipment sales and installations was flat at €56.1 million. With the former accounting for 44.1% of Ymagis’ total sales, the small growth could be seen as a source of worry. But the European market was at best having a mixed year in 2014 and the latter, as Ymagis observes, was “a very strong performance considering the end of the digitization cycle.”

The strongest growth came in Content Service, which saw a whopping 36.9% growth, though only representing 8.4% of Ymagis’ overall business. Content delivery was the strongest sector within this business, with an increase of 53% to €8.8 million.

There is thus clearly scope for growth for the new Ymagis+dcinex as further territories come on line and benefit from a pan-European operator pooling strengths across the continent, as well as strengthening its bouquet of content services.

Ymagis also raised €36.5 million in a bond issuance in February of this year that will allow it to convert bonds with a 7.5% interest rates to ones of just 3.5%, buy back dcinex junior debt (with a high 9.8% interest) and re-build the cash reserve that was used for the dcinex acquisition. The Ymagis Group has a war chest of €24 million as of 31 December 2014 and it is unlikely to let it sit unused in 2015.

This year should see the group tap into synergies from the merger with dcinex, which the company estimates at €1.8 million per year. Consolidating its transponder deals with Eurelsat across its SmartJog Ymagis Logistics (SYL) and dcinex will further allow it to save €1.4 million as from 2017.

The company is also bullish on future prospects. As outlined in its FY results:

The end of the European screens’ digitization process should translate into the progressive decrease of VPF revenues until 2021/2022. Yet, the debt associated with the third-party financed VPF model is expected to be reimbursed much faster than the revenue decrease.

In parallel, the growth of services is expected to progressively replace the VPF-related revenues. YMAGIS strong foothold in Europe, where it already has presence through subsidiaries established in 14 countries, should see further expansion to new territories, inside and outside of Europe, where to offer even more services to cinema exhibitors, film and other content producers and distributors.

Pointing the way to further territory-by-territory consolidation, Ymagis announced that it has agreed to acquire French company R2D1, which handles sales and maintenance of digital equipment in France, Switzerland and in several African countries and had revenue of €2.4 million in 2014.

With the early generations of digital cinema equipment coming to the end of their useful life in 2016, Ymagis is expecting to tap into the digital cinema upgrade cycle, as well as growing its Content Services.

And if we include the dcinex figures to get consolidated results, we see that Ymagis revenue grew from €47.3 million in 2013 to €84.6 million in 2014, meaning that the absorption of the Belgians helped the company grow in turnover by 78.7%. So while Ymagis today faces competitors on the national levels, it is without rival when it comes to offering exhibitor and content services on a pan-European level.