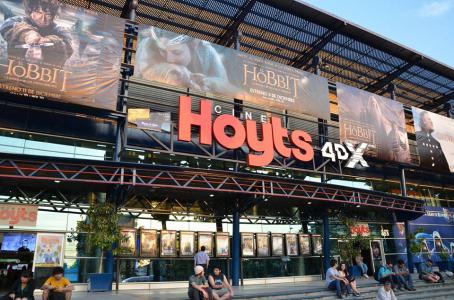 Mexican-based exhibitor major Cinépolis has acquired Chile’s largest cinema chain Cine Hoyts. The acquisition, reported in this article in El Financiero, means that Cinépolis is now present in 11-12 countries around the world. It also signals an intention to take on Wanda/AMC for the crown of the world’s largest cinema chain through further acquisitions and in-organic growth.

The deal, which has not been confirmed officially and with no price being revealed, gives Cinépolis Cine Hoyts’ 40% market share in Chile, with 96 screen in nine multiplexes across the Metropolitan Region and Region V. Cine Hoyts Group, which was owned by Chilefilms, which acquired it from Australia’s Hoyts in 2011, has 700 employees and includes 13 3D type four Premium Class and Vip screens, with Dolby installed in most other sites.

As the article points out, the deal gives Cinépolis a major international presence:

With over 40 years experience and fourth worldwide among exhibition chains (the largest outside the United States), Cinepolis has a presence in countries like Costa Rica, El Salvador, Guatemala, Honduras, Panama, Colombia, Peru, Brazil, India and the United States.

In the middle of last year, Alejandro Ramirez told El Financiero that the firm moved into buying a cinema chain in Brazil.

In late 2014 Cinépolis completed the acquisition of Fun Cinema in India, giving it almost 200 screens in the growing territory, though it did not end up buying the larger Big Cinemas chain.

In 2015 Cinépolis plans to open more than 200 screens in Mexico, taking it to over 3,000 screens in its home territory.

The expansion signals a clear ambition for Cinépolis to be a major international exhibitor, outshining Cinemark as the most significant exhibitor across both North and South America, but with larger global ambitions.

The company’s CEO Alejandro Ramírez Magaña made this clear in an interview with FJI in 2013.

Expanding Cinépolis abroad was another key moment in the development of the company. While the next articles will go into more detail of the move into other markets, Ramírez mentions the “rapid growth” not only of Cinépolis but also by its fellow exhibitors as a motivating factor. “Mexico was going to mature much faster than any other Latin American country. If we wanted to continue the pace of our growth, we needed to expand into other markets that offered new opportunities.”

Increasing saturation is “something that we are monitoring very carefully, particularly in view of the experiences in other countries like the United States and Spain.” Not surprisingly, he says acquisitions might very well become a growth option even though Cinépolis only incorporated Xtreme Cinemas in Mexico five years ago and bought Box Cinemas in Brazil last year. “Our strategy is to continue to grow organically, but we also consider potential acquisitions. Not in Mexico, where we are quite large, but mostly in other countries where we still have a relatively small footprint.”

Cinépolis has been mentioned as a potential buyer of Regal Cinemas. While this would be a feat for the fourth largest cinema chain in the world – given that Regal has almost twice as many screens – a Cinépolis/Regal combo would allow Cinépolis to leapfrog Wanda/AMC as the world’s largest cinema operator.

However, Cinépolis is more likely to continue small but focused piecemeal acquisition even as it expands its presence in key non-Latin American markets such as the United States and India.

Right now Cinépolis is most likely to be exploring how it can best set up in Cuba, before Cinemark, Cineplex or Yelmo Cinema beat them to it, given the recent thawing of relations between Cuba and the United States.