Happy New Year to all our CJ reader and may 2015 be a good year for cinema everywhere. Other then the circus surrounding the release of “The Interview”, here are some of the other cinema-related news you may have missed over the holidays.

South Korea: A not-so-Merry Christmas for South Korea’s exhibition majors. We have highlighted allegations of anti-competitive behaviour before and it finally seems to have caught up with them.

The fines were imposed after the FTC earlier rejected the two companies’ attempt to obtain a ‘consent decree’ – an offer of voluntary restitution by a guilty party – was rejected.

The FTC said that the two chains had favoured the releases of movies handled by their affiliated distribution companies, by giving them wider releases and longer theatrical runs.  LINK 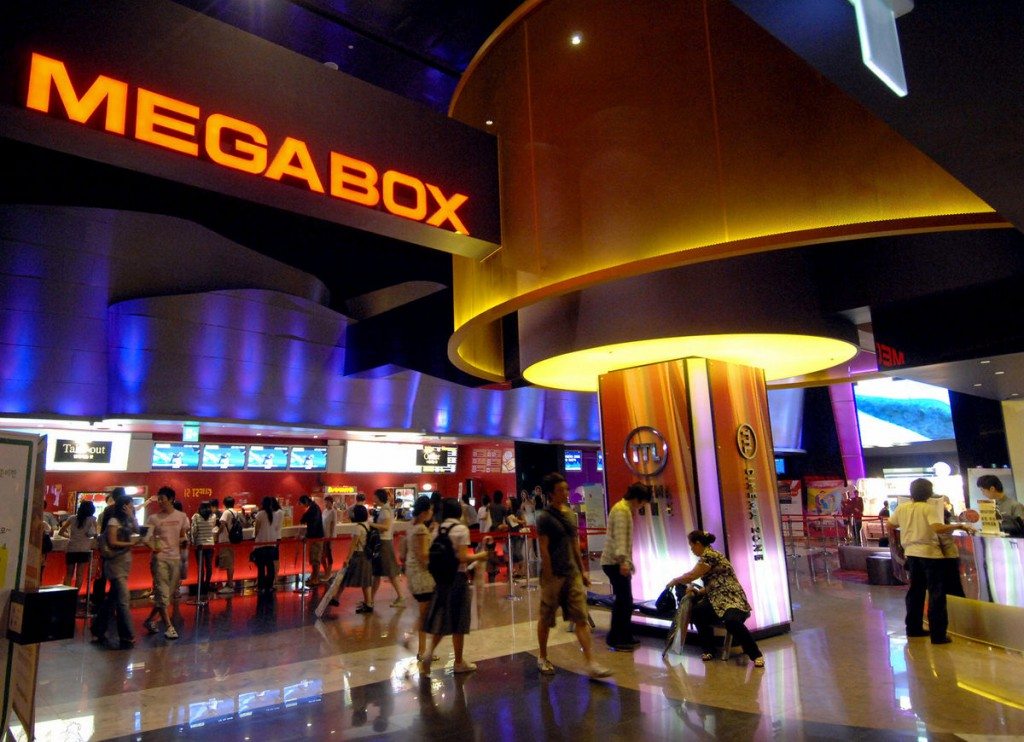 Staying in Korea, not content with buying up cinemas in the /USA and Australia, investors from China (PRC) have bought the third-largest exhibitors in South Korea. Who didn’t get fined.

A Chinese consortium has signed a contract to buy Korea’s No. 3 multiplex cinema operator Megabox, according to reports Thursday.

Megabox is 50 percent owned by Korea Multiplex Investment, a private investment body led by Macquarie Funds and a group of investors.

UK: The danger of taking selfies during a cinema screening.

YOUNG girls were reduced to tears when cinema staff falsely accused them of recording a film on their mobile phones.

Police were called when the group of seven friends, all aged 12, were hauled out of Cineworld in Brighton Marina after being confronted by staff while they watched The Hunger Games: Mockingjay Part 1.

The youngsters were taken outside and quizzed by Cineworld staff as police arrived. However when officers turned up they could not find any evidence of wrongdoing and let the distressed girls go on their way.  LINK 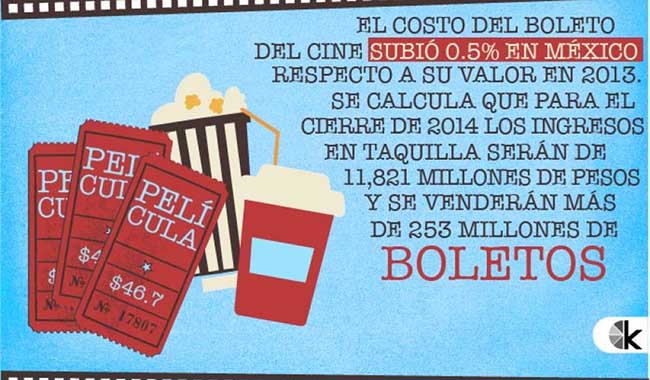 Mexico: Ticket prices are going up in Mexico – but attendance is down. Just like north of the border.

IPic gives new meaning to the phrase “adult movie theater,” and not only because of the almost obscene level of pampering available. According to iPic Entertainment chief executive Hamid Hashemi, fewer than 3 percent of iPic’s customers are younger than 21.

Hashemi cites another statistic: According to his company’s research, the duration of the average iPic visit is a whopping 4 1/2 hours. That’s a major investment of time, even if you’re sitting through “Boyhood,” Richard Linklater’s buzzy Oscar contender, which clocks in at 165 minutes.  LINK

Washington Post also has this handy time-line of the the history of luxury movie theatres in the D.C. area.

The European Digital Cinema Forum has published its technical guide to film festivals – a hotbed of problems for digital cinema.

Written by Venice Festival Technical Manager, Angelo D’Alessio with assistance from other EDCF members, this guide provides essential information for festival technical departments and for producers and DCP authoring facilities facing the difficulties of preparing content for festivals in the increasingly complex digital world.

The guide is offered as a free service to everyone in the industry http://www.edcf.net/articles.html

India/USA: PVR is such a success story that it will be a case study for Harvard Business School. 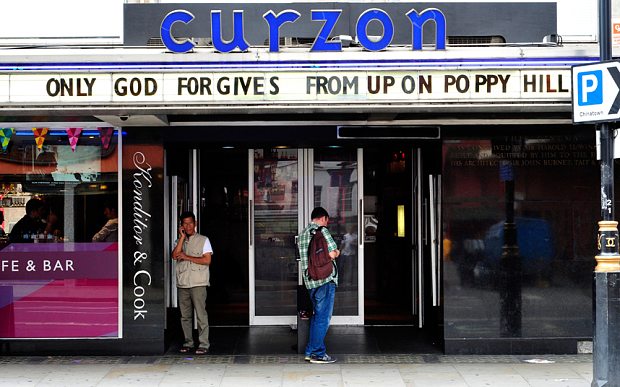 UK: Central London’s most popular art-house cinema will have to be demolished to make way for a new metro line and station.

The Curzon Soho, one of London’s flagship arthouse cinemas, may be knocked down to make way for the Crossrail 2 development.

The Shaftesbury Avenue venue was once named the best cinema in London by readers of the listings magazine Time Out, but its reign looks to be cut short as it has been named a “surface area of interest” by those organising the £25 billion railway project…

Transport for London (TfL) said the Curzon was needed to build a ticket hall and entrance into the new Crossrail 2 station. Plans show that nearby Soho Square would be cordoned off and used as a builders’ depot during works which could take 10 years to complete.  LINK 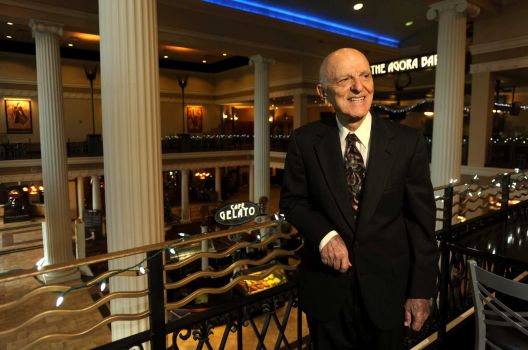 USA (TX) – We note the sad passing of one of the greats of Texan exhibition.

John Santikos, a developer and cinema mogul who built the largest family-owned theater chain in Texas, died Tuesday at age 87 after a short illness.

Santikos inherited the chain from his father, Louis Santikos, who first came to the United States from Greece in the early 1900s. John Santikos began learning the theater business at his father’s side. He built up the business significantly, becoming the first to open a multiplex theater in San Antonio.  LINK

Australia – How NOT to park you car at the cinema.

Cars burst through doors in the movies all the time, but usually the action is confined to the big screen.

A car burst through the doors of a Melbourne Village Cinema at 4.25am on Sunday, before it reversed twice into an ATM machine.

India – Aamir Kahn’s “PK” is the biggest Bollywood blockbuster of 2014 – if not ever – but apart from price hiking complaints and KDM problems leading to angry customers, some cinemas were also attacked by Hindu fanatics.

A cinema hall in Ahmedabad screening the Aamir Khan-starrer PK was today vandalised allegedly by members of a right-wing group.

Around 40 people allegedly belonging to the Bajrang Dal, an affiliate of the Rashtriya Swayamsevak Sangh, the BJP’s parent body – reportedly broke glass panes of the multiplex, demanding that the screening of the film be stopped. The group then vandalized another multiplex nearby which was also showing the film.

In Bhopal, dozens of alleged activists of the group also staged protests outside a cinema hall where the film was being screened. LINK

A 20-year-old woman has alleged she was raped inside an empty auditorium at a multiplex in Ghaziabad by one of its workers, who had invited her to watch a show of the Rajinikanth-starrer ‘Lingaa’ on Saturday morning.

Abhishek, the 24-year-old accused, has been sent to judicial custody. An usher at Movie World at Lohia Nagar on NH-58, he lives in Badalpur in Greater Noida. Police said Abhishek had become acquainted with her a few weeks ago and had, on at least one earlier occasion, bought her a movie ticket.  LINK

Australia – But India is not the only place where sexual attacks occur in cinemas.

A 14-year-old girl has been indecently assaulted in a Perth cinema, police say.

The teenager was watching a film in Cannington at 1.30pm on December 20 when a man seated nearby allegedly leant over and tried to talk to her before grabbing her.

He left the theatre before the credits began to roll.  LINK

A man was later charged. 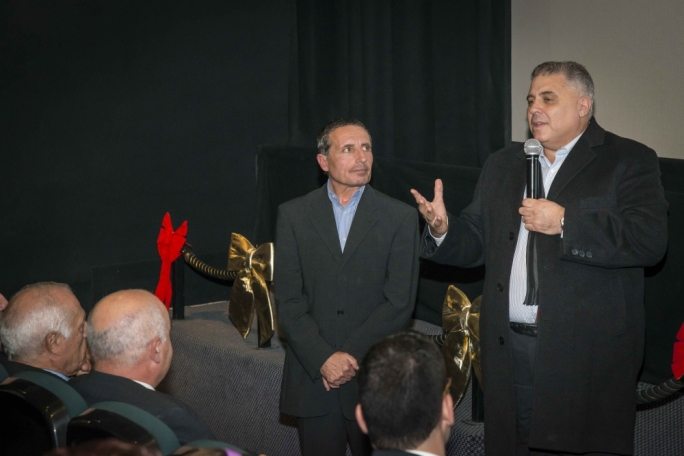 Malta – The second-largest island of Malta now has a working (digital) cinema.

Citadel Cinema in Victoria, Gozo opened its doors again to the general public on 12 December, after it faced the prospect of permanent closure due to expensive industry-imposed digital projection mechanisms.

On 31 March of last year, Citadel Cinema – the sister island’s only multiplex – was forced to go on indefinite hiatus. The reason: Hollywood studios have decided to stop releasing films on good-old-fashioned film reels, given that it’s cheaper and easier to ship and distribute films on digital format.

The reopening was made possible through a funding scheme from the Ministry for Justice, Culture and Local Government. Minister for Gozo Anton Refalo, visited the cinema and congratulated the management.  LINK

UK – Picturehouse is closer to opening a cinema in West Norwood.

Plans to open a new cinema in West Norwood have moved closer with the news that Picturehouse Cinemas Ltd and Lambeth Council have exchanged contracts on a site in Norwood High Street.

The deal will see Picturehouse leasing the council-owned Nettlefold Hall in Norwood High Street and turning it into a four-screen cinema, complete with bar and café.

Lambeth say that as part of the deal, West Norwood Library will also be improved with a £1.125m investment. Both the hall and the Library Centre have been closed after thieves stole the copper roof in June 2011. LINK 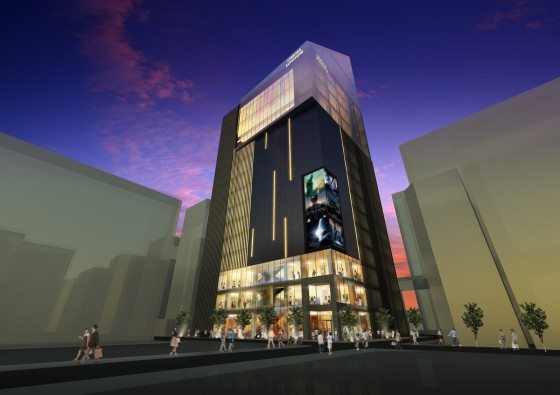 A megaplex is planned for Ikebukuro in 2017, with an Imax screen as tall as one of the nation’s favourite (fictional) robots.

“Cinema Sunshine” series of cinema new cinema complex is having a nationwide 13 theater. The charm of Toshima also enter Ikebukuro east area to the strategy area of ??”Toshima International Art Culture Development Project” which transmits to the world, building on the theme of “activation of visual culture” will be built.

Within the 15-story building, and provide a screen a total of approximately 2,600 seats of 12. Starting with the next generation IMAX theater with a huge screen (full width 26m · height 18m), which boasts almost the same overall height as the protagonist machine RX78-2 Gundam that appeared in the popular anime “Mobile Suit Gundam”, the latest projection system that uses a laser light source , 4DX theater running a seat in conjunction with the video, such as the theater of the next generation cinema acoustic “Dolby Atmos” adoption is installed, it becomes a movie theater of the birth of state-of-the-art technology is not only an example to other that was amassing.  LINK 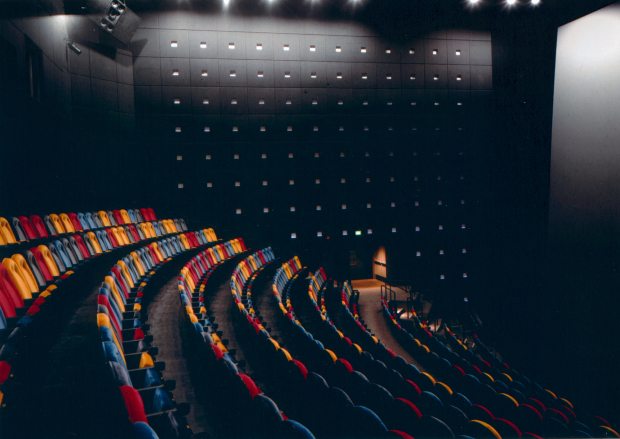 USA (WA) – First Paul Allen’s Cinema in Seattle got a laser upgrade, now it is time for the Boeing IMAX theater at Seattle’s Pacific Science Center (PSC) to get its own laser makeover.

The theater announced today that it will close on Jan. 4 and undergo a renovation that will bring about what the PSC calls “the world’s most advanced digital projection system designed specifically for giant IMAX screens.”

A new custom-designed, laser-powered digital projector will be able to show IMAX movies in even better quality than what’s currently installed at the theater, which features Washington’s largest movie screen. The Boeing IMAX Theater is the first science center to have this new projector.  LINK 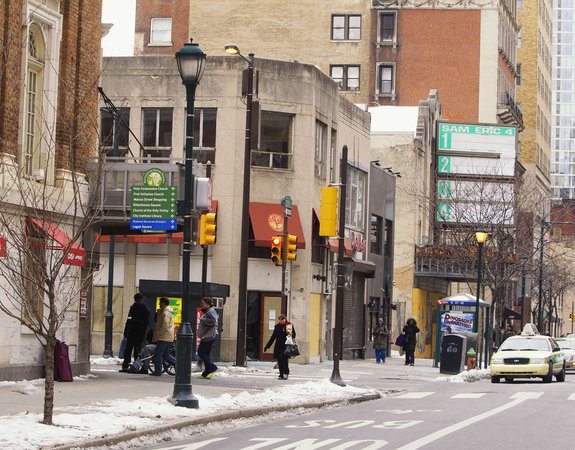 USA (PA) – More uncertainties about a downtown luxury replacement for Philly’s most spectacular (and run-down) cinema.

All anyone had to do was say the word multiplex and the Boyd Theatre’s fair-weather friends abandoned the grand dame of Philadelphia movie palaces as if the place was on fire. Demolition of the art deco auditorium was sanctioned by the Historical Commission in March, and within days, wrecking crews were on the scene, supposedly for the Florida chain iPic.

Now we know it was all magical thinking.

Neil Rodin, the developer who said he was bringing iPic to Philadelphia, never followed through on his much-ballyhooed plan to buy the Boyd from its longtime owner, Live Nation. Meanwhile, iPic has problems of its own and lost its financing for the project, according to a source involved with the company. In late October, Live Nation quietly sold the theater at 19th and Chestnut to Jim Pearlstein and Reed Slogoff of Pearl Properties for $4.5 million. LINK 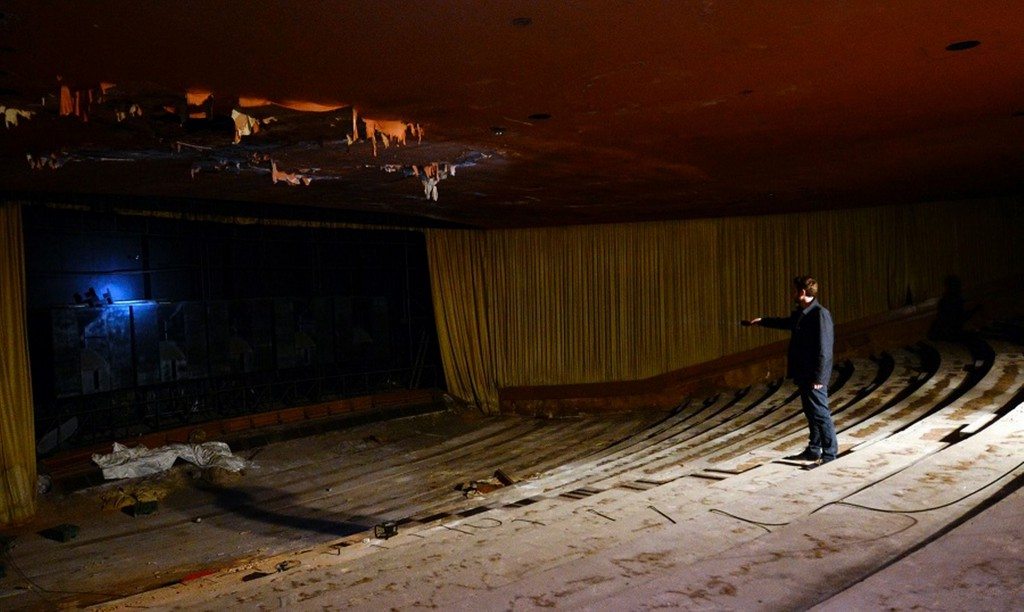 The Odeon Queensway – in its time one of the city’s most popular picture houses – is now just a concrete shell buried underneath Scala House, off Holloway Circus.

On the day the cinema closed its doors, on September 18, 1988, it screened Return of the Jedi, Ghostbusters and Aliens back to back.

After its closure, much of the equipment was moved across the city to Odeon New Street – and the cavernous void has remained vacant ever since. LINK