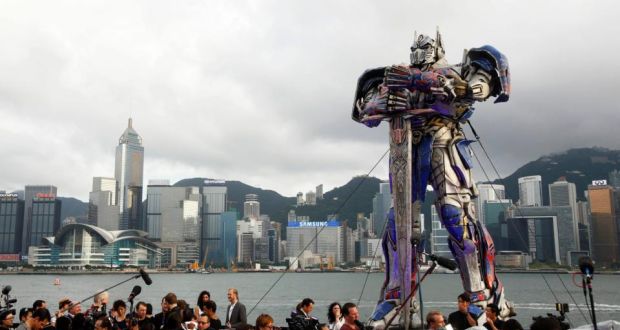 Not a month seems to go by without China breaking a new box office record. The Mainland box office is now on course to hit USD $5 billion (30 billion yuan) by the end of this year according to the Chinese Film Producer’s Association (CFPA).

Wang also said that domestic films accounted for 51.4 percent of the market while imported films were 48.6 percent and that a total of 230 films were shown in mainstream cinemas in the first nine months of 2014.

Although the CFPA touted the $4.9 billion figure, the $5 billion mark looks within reach. A slew of big releases are set to hit theaters in the last two months of the year, and key moviegoing dates such as Singles’ Day (Nov. 11) and Christmas are still to come.  LINK

The Chinese central government is subsidising the building of cinemas in Tier-2 and Tier-3 cities as a means of improving and speeding up urbanisation, though this can have the unintended consequence of inflating the exhibition bubble if the market cannot sustain these cinemas.

National Film Development Office recently allocated special funds for the cause of the second batch of county-level city theater construction subsidies totaling 14.2 million yuan [USD $2.3 million] 2012-13 . Reporters today (28) days from the Chongqing Municipal Culture Committee was informed that this subsidized a total of 25 theaters, including 11 in 2012 did not apply for a full refund in 2013 and 14 between the new theater.

Chongqing Municipal Committee of the person in charge of culture, the city had about 20 theaters will not enjoy subsidies. In order to reduce agriculture-related areas and remote counties film screenings main operating pressure and the cost burden of investment, the city actively seek the State Press and Publication Administration of Radio and national experts and Resources Committee, together with the municipal finance, and other multi-national digital management center to coordinate the efforts of last year National Resources Committee research group dedicated field visits to understand the actual situation in Chongqing.  LINK 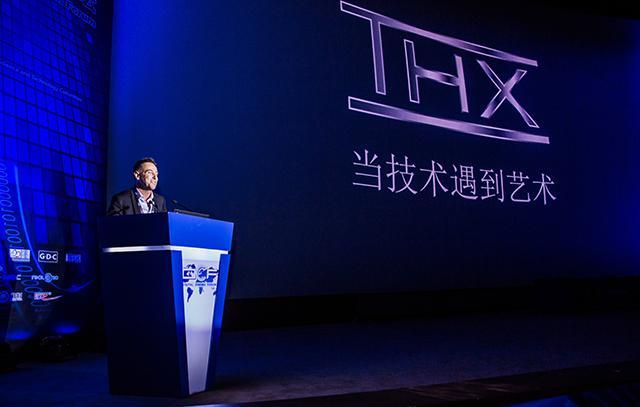 More on THX plans to re-conquer the world, starting with China, in this interview with THX’s Technical Director Steve Yilmaz. Interesting to see THX align itself with China’s own premium large format (PLF) Imax rival China Giant Screen. With the Deluxe partnership last week, Imax should be at least a little worried, even if the THX brand doesn’t mean as much in China as it once did in the US and Europe.

THX comprehensive qualification China’s first “Chinese Giant Screen” (CGS) [a.k.a. China film Giant Screen] theater , claiming technology has entered the commissioning phase, which marks this known to the strict and complete viewing experience evaluation system Brand finally be stationed on China. This is definitely good news for some hardcore studying this art fans, a lot of people already own a home theater and intimate contact with the brand. But for most ordinary viewers, they may not know to see 3D The film The screen is very dark, next door to the auditorium sound comes through the wall, in fact, are poor theater equipment problems, and theater generally turned a blind eye. But in the stage of rapid development of the Chinese film market, so that pattern of asymmetric information has not work, along with the increasing number of screens, the audience more informed, wants to remain unbeaten in the fierce competition between the theater, enhance the audience’s viewing experience through technological upgrading has been around the past to a new level. It is, therefore, for the establishment came to China 30 years after THX, this is their best chance, because now the Chinese film market and viewing groups, like 30 years ago, like the United States, with large without work virgin.  LINK 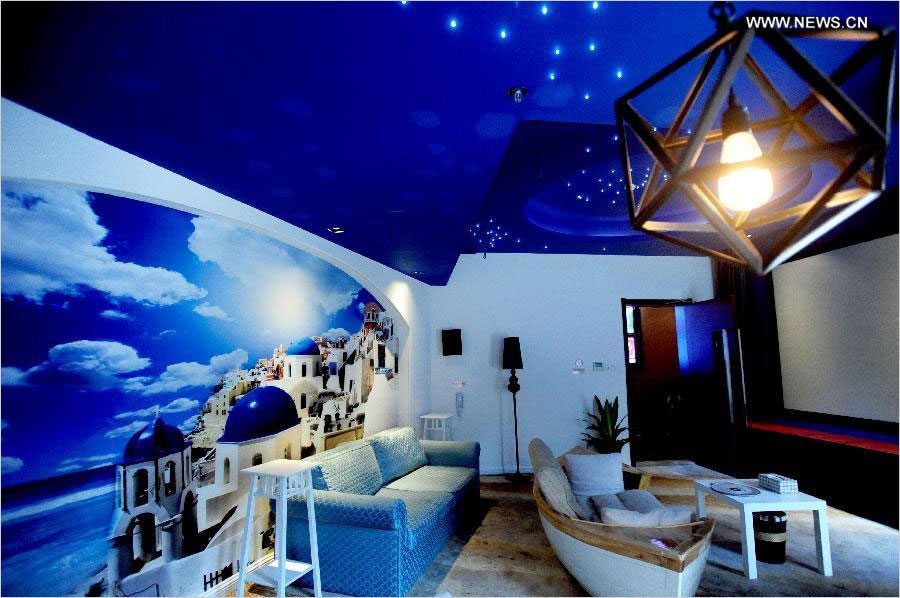 More on last week’s CCD topic of ‘private cinemas’, now popping up in Tier-2 cities, when it comes to how the films are sourced (often illegally) and who watches films there.

When it comes to sources problem, Beijing Daily reporter found through investigation that the domestic private cinema films are mostly downloaded from the Internet  or Blu-ray discs bought directly from the video stores. The theater is just an individual who will buy the film rights from the film company. Since the movie is not bought through formal channels, private theater of the movies simply can not achieve synchronization [in terms of new releases] with the movie theaters, but also those who simply can not only show art films into theaters, Europe imported films. This led outspoken critic Liu Chang to comment: “But this way, private cinema is also very easy for illegal operations, and accompanied by the risk of closing at any time.” …

“Private theater target consumer group are only two categories, one couples, privacy of space to better meet the needs of their appointments; and those young artists who love the movie, they will not excessive pursuit of audio-visual effects, can be found. They want to see a movie you can, as long as they grasp these consumer group is sufficient. “Mr. Wang further told the Beijing Daily reporter that private theater are usually counted by the hour, the maximum not more than 88 yuan / hour [USD $14.39]. If you are a member, you can also have a corresponding discount, “deduct rent, utilities, monthly average income is at least 20 000 -3 million in revenue.”  LINK 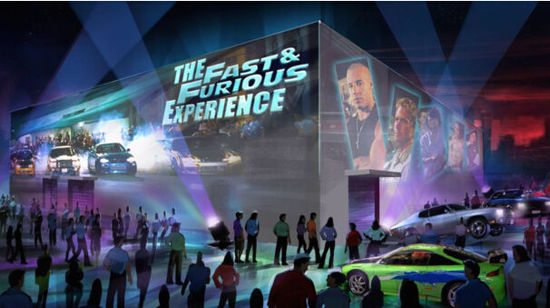 The Fast and Furious franchise is HUGE in China. Just how big, you ask? Check out the plan for this Fast & Furious Experience ahead of the release of the latest instalment of the franchise.

Today, Chinese culture and entertainment leader in the field of innovation and exploration CCE (hee hee benefits) announced that it will introduce a Hollywood-style “high-speed” experience in Shanghai – “Fast and Furious” movie experience Pavilion. The project is authorized by the Globe Theater, Shanghai is the first independent film scene interactive museum experience.

“Fast and Furious” Experience Center will be equipped with the most advanced technology to provide the most comprehensive entertainment project: simulation theater, interactive exhibits, racing video game based on the movie plot to restore the car, as well as delicious food and cool drinks cool. Visitors can also buy souvenirs at the official merchandise retail stores. The project will be put into the building in 2014 summer.  LINK 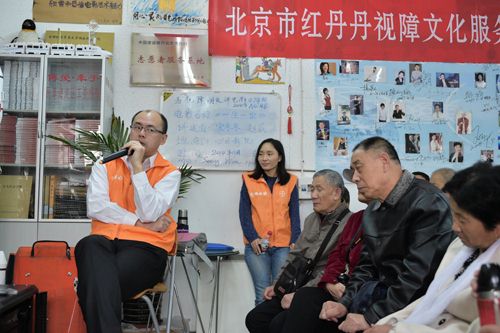 German pharmaceutical major Bayer AG is celebrating 150 years by launching community initiatives all over the world. Such as this one in Beijing where a community cinema has held 473 screenings for the blind with narration provided to a total audience of over 13,628 people.

Beijing Hongdandan Educational Cultural Exchange Center (Hongdandan) is located in Gulou West Street alley small yard, as usual, Bayer China ushered in a volunteer for the blind “stresses the movie” days. The auditory sensory experience as the core of a small movie theater has a very impressive name – “reckoning cinema”, it is by Hongdandan with Bayer China jointly launched in 2006 for the visually impaired people about the film’s public service activities. In the minds of the theater, trained volunteers through a vivid picture of a movie scene about to help the blind better perception and understanding of the film, thereby improving the quality of the spiritual and cultural life of the blind community, and to provide them with an art and enjoyment of life platform.  LINK 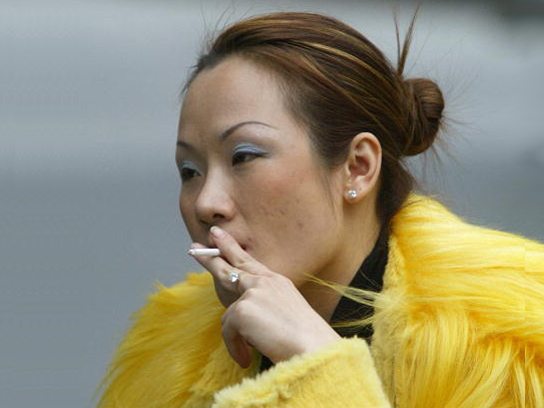 It seems that the habit of smoking in cinemas, though largely banned in China, is still hard to stamp out.

Yesterday, Yuzhong District Fire Brigade in the city to promote the cinema theater fire safety self-management, similar to this insecurity, endanger the safety of the viewing behavior will be banned.

Firefighters tell us, now cinema from fire safety reasons, carpet decoration use, and so most of them have mineral wool insulation cotton flame retardant materials. The public should note that smoking in viewing, not only influence others viewing, and endangering public safety, the fire department is now in the lead in the establishment of the theater Yuzhong self-management model, to endanger the safety of the behavior of these concept may arise shadow, it will when playing the whole scene camera surveillance evidence.  LINK 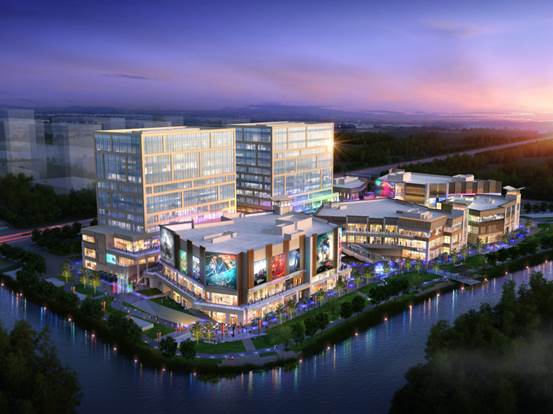 Hong Kong’s Orange Sky Golden Harvest Cinemas will open a big cinema complex next year in New Jiangwan City, featuring all the top brands in equipment – though I’m not sure that ALL these projector makers will be competing for space in the projection booth.

It is understood that the new commercial project in New Jiangwan City core location Songhu Road intersection with the northeast corner of the road Yin Jia Yu International Plaza will open next year, when it was all just a second Shanghai Jiahe theater will also be officially opened! Not only on the hardware device will use Sony, BARCO, NEC, Christie digital projectors and other high-end brands, and 3D projection equipment will also use high quality products such as Sony, Xpand, ReaID, Dolby, etc., not to mention the audio equipment US JBL, Klipsch and other enthusiast brands of everything, no matter in the visual or auditory, can create a double shock for customer viewing effect.  LINK 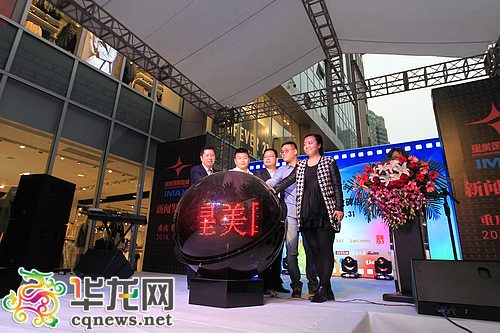 I’m sure this cinema in Chongqing did not get any state subsidy (see above) as it is the American International Studios Jiefangbei is the city’s first Imax.

Reportedly, the Studios currently has eight video hall, nearly 1,119 seats, which is not only the entire IMAX film hall Jiefangbei region’s first IMAX screen block, or the current size of the largest and most standard Chongqing IMAX screen (22 m × 13 ?). By then, Chongqing movie lovers will be able to viewing in Chongqing, the first 13-meter large IMAX auditorium. 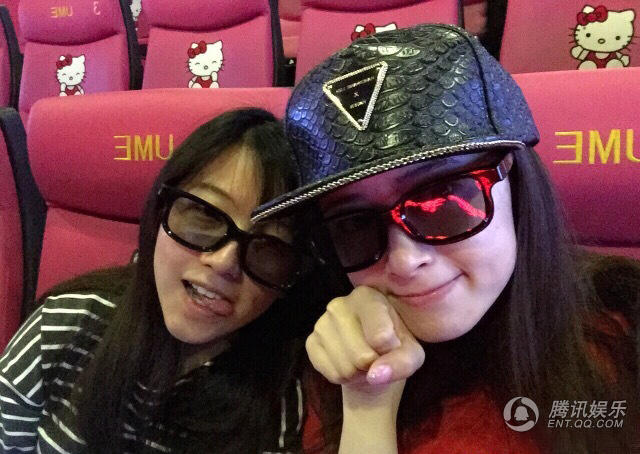 Only in Asia would have a Hello Kitty themed cinema, surely? Do they have this in Japan already? The translation is pure teen blog speak, so click the link and check the photos instead. 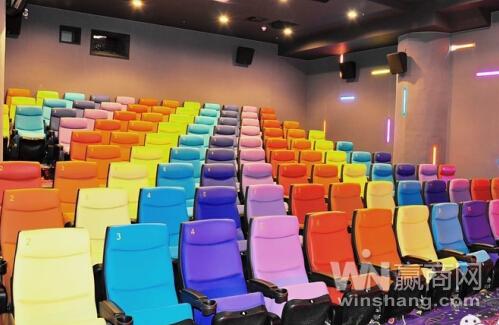 The cinema chain that brought you the Hello Kitty-themed auditorium is in expansion mode all across China. And they have some other funky looking seats too, as you can see from the photo above.

UME to build China’s leading cinema brand, since 2002 UME first opened in Beijing’s Zhongguancun, an annual rate of successively completed in Shanghai, Chongqing, Hangzhou, Guangzhou and other places, and its unique decor, humane facility with the international standards of service to become a local white-collar workers, the preferred viewing expatriates.  LINK 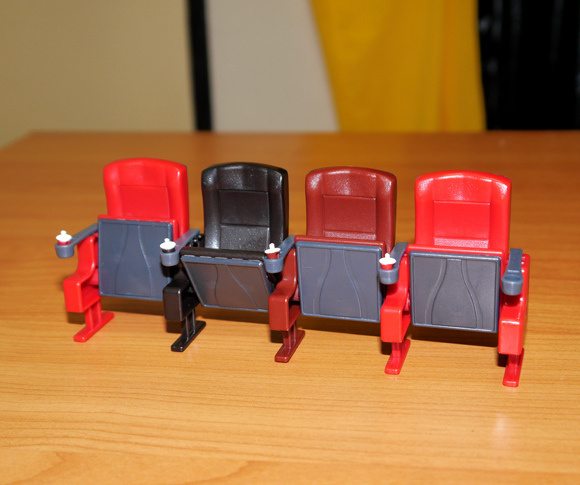 It’s a home cinema, but not as you know it. Forget Dolby Atmos for the home. This Chinese website reports on a new must-have for serious Asian cineasts.

People will love the mini-theater seats collections go, completely immersed in the joy of being collected.

It is understood that the introduction of the toy theater seats will detail to the extreme. Not only can fold the seat, armrest also has stood at a soda drink holder. Mini theater seating series color variety, collectors who either can mix colors, create a personal characteristics of the theater, you can also collect a color, maintaining the classic style.

The company’s toy are common things in life, such as desks, shopping trolleys and folding chairs. The success of these small objects in addition to the details perfect, its mundane appearance is one of the reasons contained emotion. These objects from life sparked a sense of familiarity and homesickness.  LINK