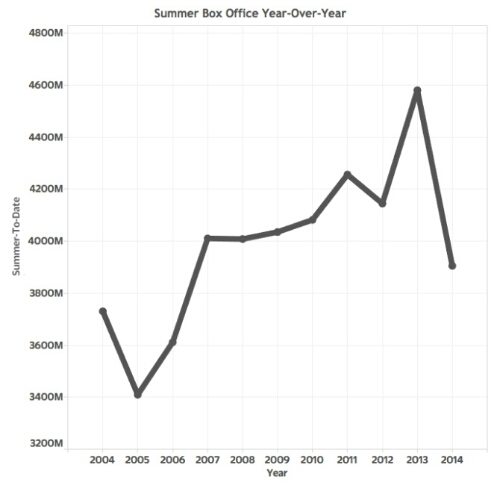 The poor US box office is the story of the summer. Weak slate or cyclical? Variety crunches the numbers, compares winners & losers and weighs the opinions. The good news is that “summer” matters much less than it used to and true to John Fithian’s wish, studios are now looking at a 12 month window of opportunity.

Despite an August thaw that saw “Guardians of the Galaxy” and “Teenage Mutant Ninja Turtles” shatter expectations, the summer box office will likely finish at its lowest point in eight years. Ticket sales are running 15% below last summer’s.

Thanks to the magic of CGI, cities crumbled on a weekly basis, defended by a rotating band of masked superheroes. But are these scorched movie metropolises a metaphor for a business being bombarded by newer, snazzier forms of non-theatrical entertainment, or is this a momentary stumble for an industry that’s still soaring?  LINK

Seeking Alpha has its take on the summer and it leans towards the ‘secular decline’ camp.

– Cowen Research analyst Doug Creutz thinks the soft summer box office season this year is evidence of a secular decline in domestic attendance as viewing habits evolve.
– The analysis runs counter to the line of thought of some media analysts who think a weak and uninspiring summer slate is the culprit.
– Creutz points out that the number of summer releases is in-line with historical averages, while box office bulls note tent-poles are spread out throughout the year more than in the past making the summer compare tougher.
– On tap in 2015: Blockbuster releases next year include Star Wars: Episode VII (Lucasfilm), Avengers: Age of Ultron (Marvel), Fifty Shades of Grey (Universal), The Hunger Games: Mockingjay Part 2 (Lionsgate), The Good Dinosaur (Walt Disney Pictures), Bond 24 (Columbia). 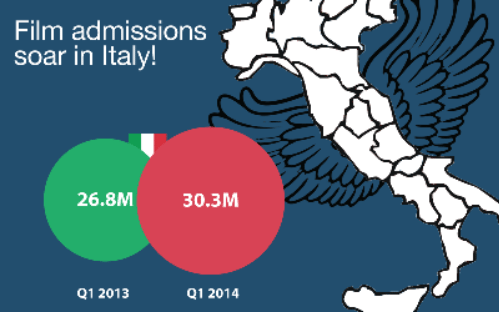 On a brighter note, Italy was up in the first quarter this year compared to same period 2013. (No idea why they are flagging Q1 but not Q2.)

Italy was the only big EU market to grow in box office gross and admissions in 2013. Policy differences between Italy and Spain, discussed in the Q1 2014 Distribution Report, account for most of the box office and production growth.

Yet The Telegraph reports that there are fears that the Italian film industry is ‘going into a steep decline’ as only three of the 31 titles in competition at this week’s Venice Film Festival are Italian. 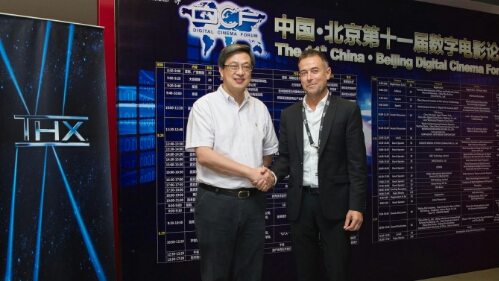 China (PRC) – THX (remember them?) is opening an office in Beijing and is certifying Imax rival CFGS (China Film Giant Screen). Will be interesting to see if the THX brands still holds enough relevance and recall to make a difference in the PLF (premium large format) market where Imax has better brand recall.

THX, the  certification and standard business founded by George Lucas, is to open a Beijing corporate office. The move follows a partnership between the company andChina Film Group.

The deal was announced at this week’s Beijing International Radio, Film and Television EquipmentExhibition.  LINK 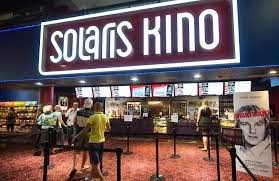 Estonia – Go-ahead given for Apollo to acquire Solaris in the Baltic state.

Apollo Kino was established in 2012 and in 2013 it started development works related to building cinemas. In 2014, the company opened its first cinema complex in Pärnu, with three cinema halls and a total of 420 seats.

Solaris Kino screens films in the cinema complex with seven cinema halls in the Solaris Shopping and Entertainment Centre in Tallinn.  LINK 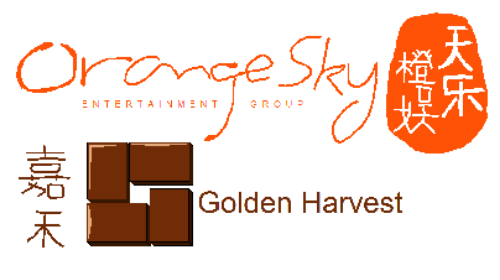 China (Hong Kong SAR) – Singapore, China and Hong Kong were up but Taiwan was down for the pan-Asian exhibitor Orange Sky Golden Harvest.

While the box office in its key China and Hong Kong markets was up, the company’s distribution division failed to handle any films of significance during the period.

UK – Vue has signed a five-year international IT service agreement with Retail Assist.

Retail Assist and Vue have been working together for the past three years, with Vue seeing significant company growth in the UK and internationally over the period, through the acquisitions of the Apollo UK, CinemaxX and Multikino cinema businesses.  LINK 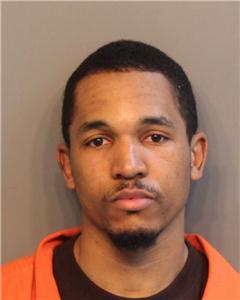 USA (TN) – Ten years for a man who held up a Regal cinema. The judge sounds fair.

Christopher Scott Reed, one of a duo charged with 2011 holdups at Regal Cinema and a Bi-Lo, pleaded guilty Thursday morning to multiple counts of aggravated robbery. He was sentenced by Criminal Court Judge Barry Steelman to 10 years in the Department of Corrections.

Judge Steelman said, “I don’t know how you got involved in this. People make mistakes and nobody is immune from that. But it just so happens that yourmistakes are going to cost you a lot of your life and liberty.”  LINK 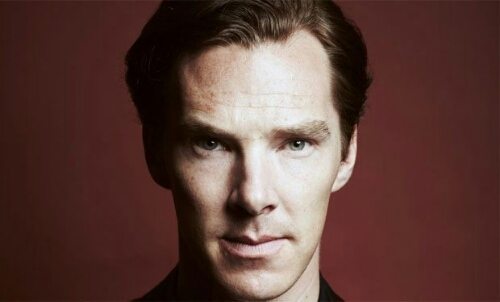 Did you spend a frustrated day at your computer a couple of weeks ago, desperately trying to land Hamlet tickets to no avail? Well, don’t give up hope of seeing Benedict Cumberbatch playing the Prince of Denmark just yet…

News has emerged today that National Theatre Live is in “early talks” to bring the eagerly anticipated production to screens across the country when the 12-week run begins at the Barbican next year.  LINK 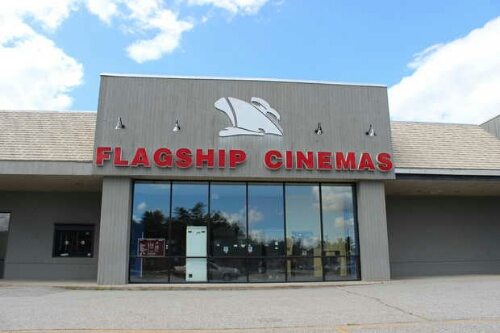 USA (ME) – Another cinema falls victim to the end of 35mm, though $750,000 upgrade cost sounds like excessive.

Flagship Cinema founder John Crowley confirmed that Monday will be the final day to catch a new release at the site, an anchor to the strip mall at 1570 Main St. in the Oxford Plaza for the past 17 years.

In a phone interview Thursday afternoon, Crowley said the closure was because of expected changes from the movie industry rapidly converting exclusively to digital projection.

He pegged the cost to upgrade his reel projectors at $750,000, capital unavailable for investment. Compounding that scenario are flagging ticket sales, which means the location has lost $50,000 annually for the past few years. LINK

USA (NM) – Good news for the residents of Albuquerque. A big cinma is coming your way.

A night at the movies soon will get a lot more convenient for residents of Southwest Albuquerque, for the first time in about five decades.

Carmike Cinemas will begin construction “imminently” on a 12-screen movie theater at the new Las Estancias development at Rio Bravo and Coors, a spokesman said. The 45,000-square-foot multiplex will include an IMAX-branded large-format theater – just the second of its kind in the city.  LINK

Australia – When it comes to cinema, it seems like it is Groundhog Day off-screen in Queanbeyan with regards to giving go-ahead to a cinema.

Several councillors noted it was ‘groundhog day’ at Council Chambers on Wednesday after the matter was all but decided at last month’s Council meeting.

At the July meeting the group of ten councillors were split into two camps on whether to support Mayor Tim Overall’s proposal to enter a Memorandum of Understanding (MOU) with Metro Cinemas for Council to build a seven-cinema multiplex at the former Queanbeyan Nursery site by the river, and lease it to the cinema operator over 20 years.   LINK 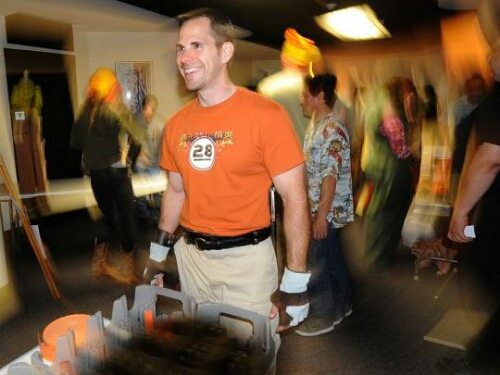 How do small cinemas best compete with everything from Netflix to multiplexes? This small theatre in Pittsburgh has a great idea: throw movie-themed parties.

The Row House Cinema in Lawrenceville, which does regular beer samplings and post-movie discussions, and the Parkway Theater in McKees Rocks seem to be set up perfectly for it. But nobody does it quite like the nonprofit Hollywood Theater in Dormont.

In addition to a full, ever-changing lineup of new, offbeat film programming across almost every genre, the theater’s owners seem more than willing to party.

Next up at the Hollywood will be “The Ed Wood Pajama Party” on Aug. 30. It plans to be a tribute to one of the worst filmmakers of all time. Apparently, people who love movies even love really bad movies. His no-budget, science-fiction epic “Plan 9 From Outer Space” (1956) and cross-dressing docu-drama “Glen or Glenda” (1953) have become cult classics.  LINK