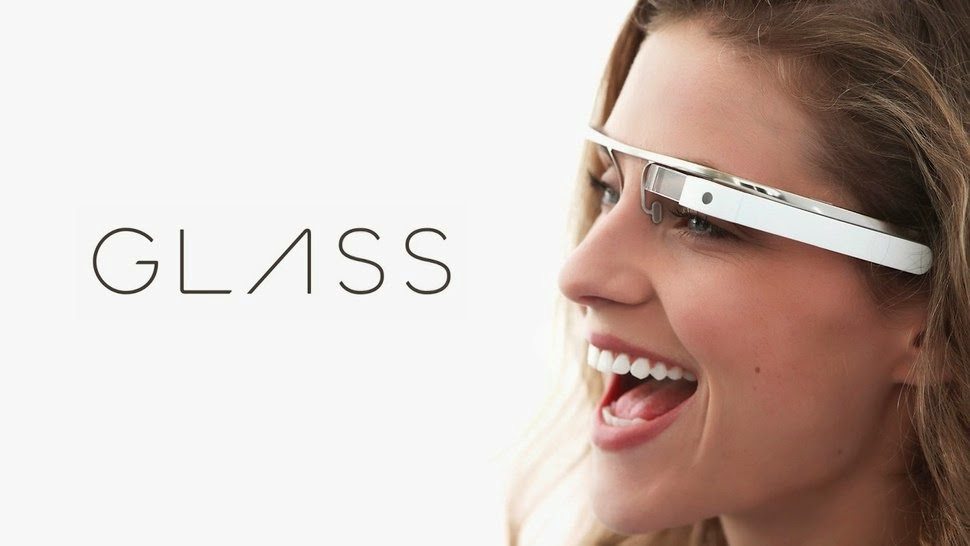 In what should be a non-story (or at least a Finally) we are forced to lead with the ‘news’ that UK cinemas have followed the lead of Alamo Drafthouse and requested its patrons not to wear Google Glass to film screenings. The Independent made a big deal out of it, with other media outlets and trades following:

“Customers will be requested not to wear these into cinema auditoriums, whether the film is playing or not.”

The Vue cinema chain said it would ask guests to remove the eyewear “as soon as the lights dim”.

Although Google Glass lights up when it is capturing images, one early adopter has already been asked to remove his headset at a Leicester Square cinema as staff could not monitor whether it was recording. LINK

The move is perfectly sensible and it ought not be such a big deal. Just wait until Facebook starts measuring your mood while you wear Oculus Rift! It is important to remember that neither the CEA, Vue nor Alamo Drafthouse are technology luddites, but that this is an issue of film protection AND courtesy to fellow patrons. This last point gets overlooked too often and CEA are right to highlight this in their press statement.

As a courtesy to your fellow audience members, and to prevent film theft, we ask that customers do not enter any cinema auditorium using any ‘wearable technology’ capable of recording images. Any customer found wearing such technology will be asked to remove it and may be asked to leave the cinema.

It is worth noting that while wearable technology is a comparatively new phenomenon in the UK, in the US – where its use is already more widespread – not only cinemas but also casinos and many bars and restaurants have looked to limit or ban its use.

USA: “Transformers: Age of Extinction” may have been making waves with its big opening weekend in both North America and China, but it is not enough to pull up the summer 2014 box office as it stands at the halfway mark. More worryingly, there are no more outsize hits expected that could reverse the trend significantly. Time for more Chinese co-productions!

But the summer box office is now at roughly $2 billion, nearly 13 percent behind the $2.3 billion of last year at this point. It’s a safe bet that it isn’t going to match last year, and that’s going to make it difficult for 2014 to match last year’s record-breaking $10.9 billion domestic haul. The overall box office, which was up 9 percent at the end of April, has now fallen just behind 2013.

It’s not that there haven’t been hits this summer. “X-Men: Days of Future Past,” “The Amazing Spider-Man 2” and “Maleficent” have all topped $200 million, and “Godzilla” will get there. But there’s been nothing to compare with “Iron Man 3,” which had taken in more than double that by this time last year. It hurt when Universal pushed “Fast & Furious 7” to next year in the wake of Paul Walker’s death, and there hasn’t been a breakout animated movie this year, either. LINK

And now some rival studios are even briefing against “Transformers: Age of Extinction”, saying that Paramount is being less than completely truthful about the USD $100 million opening weekend. LINK 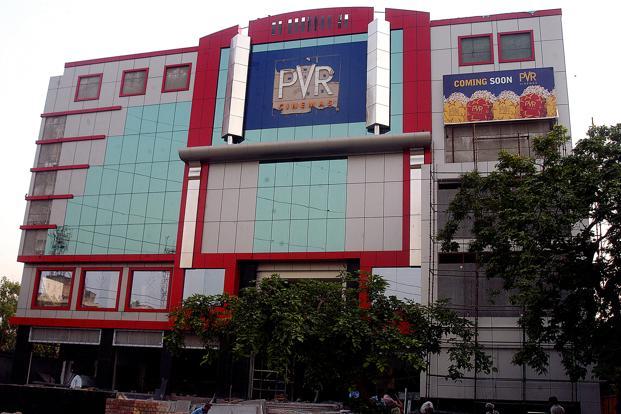 India: Raising money should be no problem for Inox, given how well shares in multiplex companies have been doing since the Indian general election. A major tax relief in the form of an introduction of a GST (general sales tax) to replace the much-hated ‘entertainment tax’ is expected, which should boost the industry considerably.

Also, the total indirect taxes paid on inputs in 2013-14 by PVR and Inox Leisure were about Rs.50 crore and Rs.20 crore, respectively, wrote Standard Chartered Plc analysts in a note on 18 June, adding, “we understand that if GST gets implemented, these payments could be offset against the entertainment tax that these companies pay to the governments—leading to significant cost savings for the industry.” LINK

India: The biggest Bollywood hit of all time, “Dhoom: 3”, will get released on an unprecedented 2,000 screens across China. Even if it doesn’t beat “Transformers: Age of Extinction”, this is a major milestone for Sino-Indian cinema ties.

And Bollywood superstar Khan already has a level of recognition among Chinese cinemagoers, notes The Hollywood Reporter, as 2011 saw “3 Idiots” accrue nearly USD $3 million after inclusion in China’s foreign film quota for the year.

Originally produced in Hindi, “Dhoom: 3” (lit. “Blast 3”) will be shown with a Mandarin voice dub for Chinese audiences in over 400 cities from July 25. LINK

Christie: The projector manufacturer is focusing on China and keen to remind people that there is more than just laser projection, including the companies 4K+4 DLP Cinema projector, used to show “Transformers: Age of Extinction” at the closing of the Shanghai International Film Festival. Though laser projection gets a name check too.

Lin Yu, vice president, Christie Asia Pacific commented: “We are very honoured to screen the closing film of the SIFF, ‘Transformers: The Age of Extinction’, using our state-of-the-art Christie CP4230 projector to provide audiences with the ultimate visual experience. LINK

UK/World Cup: Too late to show off the under-performing English team (or Spanish or Italian, before you start flaming us), but Sony will be streaming World Cup games to London in full glorious 4K. Having done it in 3D at the last World Cup in South Africa, it is clear where the focus for the future lies.

Sony and Vue Entertainment will stream two of the 2014 FIFA World Cup matches live to a UK cinema in stunning 4K . In a world first, Sony and Vue Cinemas will be working with technical partners Eutelsat, DSAT Cinema and IDC to deliver a FIFA World Cup quarter final match and the final in captivating Ultra High Definition on 4th and 13th July, at Vue’s state-of-the-art multiplex at Westfield, London.

Coinciding with rapidly growing consumer interest in 4K, the first ever 4K FIFA World Cup brings an entirely new viewing experience to the world of football and this screening is set to bring the action on the pitch to life like never before. The two matches will be streamed live via satellite from the iconic Estadio Jornalista Mario Filho (Maracana) stadium direct to the cinema, and are set to be the most visually spectacular live sports broadcasts to date. LINK

UK: Not to be confused with its namesake in Brixton (London) The Ritzy in Burnham-on-Sea is going all-out for event cinema on the back of technical upgrade and refurbishment.

Live music and sports events will be beamed by satellite into The Ritz Cinema in Victoria Street, allowing residents to watch them on big screens in high-definition.

“The events will be premium shows not available elsewhere and will include theatre performances, operas, music concerts and sports events,” the cinema’s Pat Scott told Burnham-On-Sea.com. LINK

USA: It seems that 4DX is a hit with Regal’s patrons.

All of the 4DX screenings of “Transformers: Age of Extinction” that took place over the past weekend at Regal Cinemas L.A. LIVE Stadium 14 were complete sell outs it was announced. The fifteen weekend showings on the only U.S. theatre screen equipped with the revolutionary 4DX technology proved that movie fans are always looking for new enhancements to upgrade their movie going experience.

Launched with a summer blockbuster hit, the 4DX technology allows moviegoers the ability to connect with the feature film using all five sense through an immersive experience that included special effects such as motion, wind, bubbles, fog, lighting and scents that enhanced the visuals on-screen. LINK 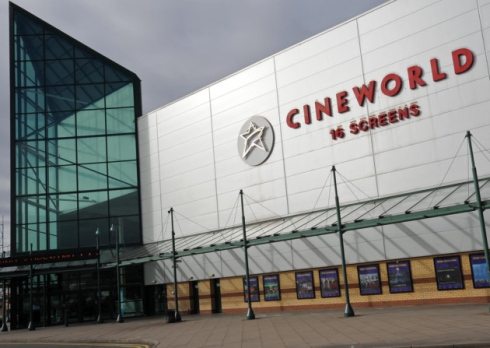 UK/Imax: Cineworld in Stevenage will be unveiling its Imax screen on 10 July.

The screen will allow visitors to enjoy films with crystal-clear digital projection, cutting-edge sound technology and a curved screen spanning floor to ceiling and wall to wall,

Georgina Jones, general manager at Cineworld Stevenage, said: “We are absolutely thrilled to be upgrading our entertainment offering at Cineworld Stevenage with the introduction of an IMAX screen. IMAX offers a truly unique experience and we’re excited that we’re now able to provide that to everyone in the area.” LINK 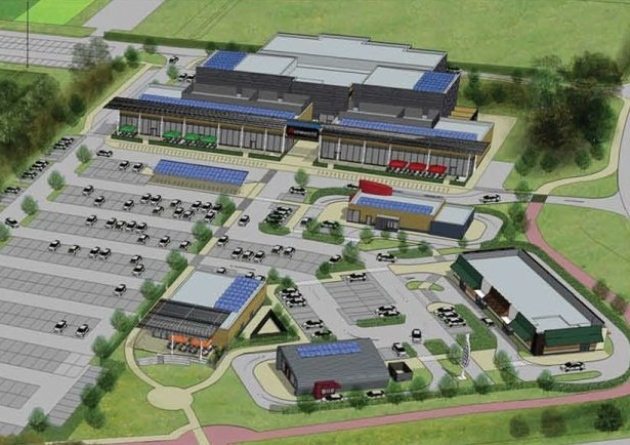 UK: Residents of Ely have been given the first chance to view the proposed local cinema (Cineworld) development.

Turnstone Estates is holding a public exhibition today (Tuesday) to showcase their plans for the proposed £15m leisure village adjacent to the Ely Outdoor Sports Association, which will include a six-screen, Cineworld-backed cinema.

And, alongside the cinema, the company hopes to build five restaurants, with three drive-thrus. LINK

Australia: The big screen future does not look particularly bright for this small town outside Sydney.

Queanbeyan Mayor Tim Overall fears a cinema operator in talks to set up in the city may abandon Queanbeyan as its favoured site after delays in decision-making by the council.

“Over recent weeks we must have heard every possible reason being put forward by a few to block the project,” Cr Overall said in a letter to Fairfax Media.

“I fear the likelihood of the operator now abandoning Queanbeyan as its preferred option for its next regional cinema in favour of other competing opportunities already under investigation.” LINK

UK: What is probably the most eagerly anticipated demolition of a multiplex in the history of cinema got underway yesterday.

Demolition of the derelict ABC cinema site in Tunbridge Wells is due to start today (Monday).

Contractors are expected to start sealing off the site in readiness for a “soft strip” – removing the interior of the site – on July 14.

The redevelopment of the site is one of the most long-awaited events in the town, with public outrage at its decrepit appearance and concern at the potential harm to the economy and tourism because of the empty shops.

The cinema has stood empty since it the cinema closed in 2000. LINK 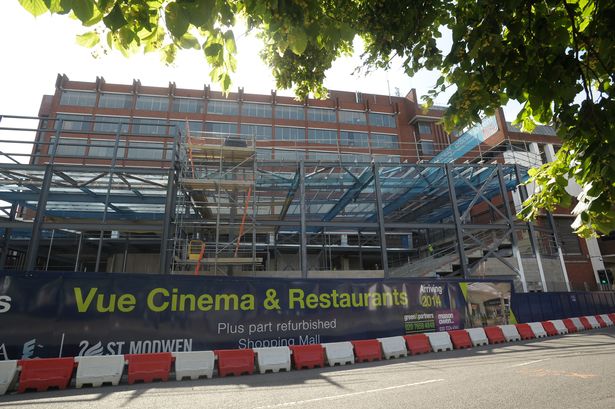 UK: Meanwhile there is a hold-up for the new Vue in Farnborough.

The opening of Farnborough’s new cinema has been delayed until Christmas despite initial plans to open it this summer.

Proposals for the Vue cinema were agreed by Rushmoor Borough Council in 2012 and developers hoped to have the site operational by the end of last year – however, Vue later announced that the cinema would be opening in summer this year. LINK

With so many complaints about cinema tickets getting more expensive (are you sitting comfortably in your cinema seat? That’s probably why) it is good to see that someone has made the effort to find the cheapest first-run cinema in the United States.

We contacted the service MoviePass, which offers unlimited movie tickets for a monthly fee and surveys prices all across the U.S., and asked them where you can find the cheapest ticket around. Their best bet? The Blanchester Showplace Cinemas in Blanchester, Ohio, a tiny three-screen theater where you can buy a ticket for a first-run film for four dollars. “I didn’t think we were the lowest!” said Blanchester Cinemas owner Casey Schrichten when we called to tell her of her accomplishment. “We used to do three dollars…and it was my booking agent who said, ‘You gotta raise the ticket prices or they’re not going to give you movies anymore.’” LINK

Can you believe that 10 years ago when the cinema last changed hands tickets cost just one dollar. You don’t find second run cinema (once called Dollar Theatres) showing films for that price any more. Come to think of it, you don’t find many second run cinemas, full stop, any more as the switched is killing most of them off.