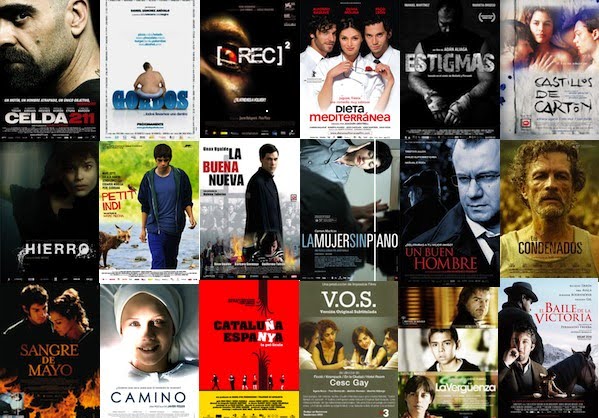 A total of 50 cinemas closed in Spain in last year, representing a drop of 7%, with the total standing at just 695. It is the third year in a row of shrinking cinema numbers.

This data was collected by the AIMC (association for the investigation of communications) which is currently looking into the state of cinemas due to so many closures.

They have revealed that almost a third of cinemas now have at least one digital projector and that the number of digital projectors is highest in the cinemas of Andalucia, Cataluña and Madrid; there are 78 screens for every million inhabitants – three less than last year. In terms of seating there are 18 cinema seats for every 1,000 inhabitants.  LINK 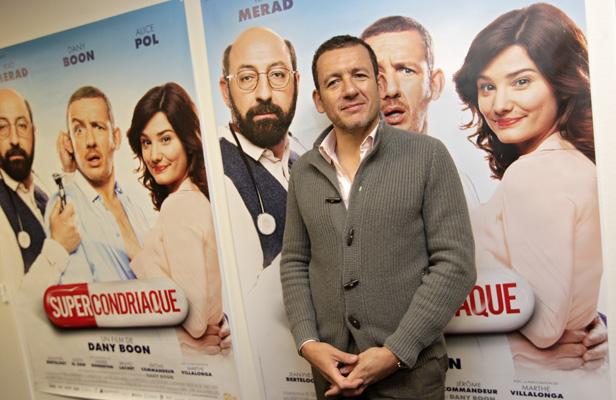 France – Cinema attendance in France is up in the first quarter (see item below) but for the youth it is similarly to the US and elsewhere in western Europe a case of decline. This long article in Screen looks at whether France is still nation on cinephiles and finds no easy answers.

Wild Bunch announced in April it will premiere the film on VoD in France. The move challenges the territory’s media chronology law that demands a four-month window between cinema and VoD release (and 36 months between theatrical and SVoD). It also means the picture won’t be in cinemas.

“France is one of the only countries in the world where it’s against the law to show it on VoD and in the cinema at the same time,” says Wild Bunch co-chief Vincent Maraval. “The French media chronology laws are idiotic. They were created prior to the internet age and are anachronistic.”  LINK

India – Ambition plans for Carnival Group to expand across southern India. Remember that the government sets a limit to what exhibitors can charge for tickets there, even in swanky multiplexes.

The Mumbai-based Carnival Group is planning to set up 70 multiplexes in Kerala by the end of 2015. The company has taken over one theatre in Thalayolaparambu as part of its multiplex business in the State. The group has its presence in cinema production, distribution, projection besides trading, hospitality business.  LINK 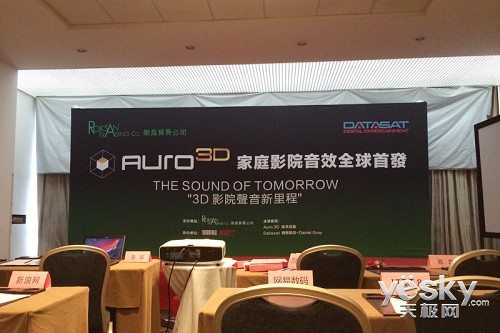 China – Datasat has held the first demonstration of Auro3D for the home at the 2014 China Audio Integrated Technology Exhibition on May 9 -11 days held in Beijing National Convention Center.

CIT2014 exhibition has been advocating the concept of integrated video, audio and constantly promoted the rapid development of the national industry. The annual event will attract a lot of industry exhibitors, gathered to showcase the top brands and products. During the exhibition, the organizers bring you many consecutive free technical seminars and training, but also allow visitors to experience new video technology examples. May 9 afternoon is when the AURO 3D home theater audio world premiere ceremony will be held, with a conference organized by the top international professional agents Lok Sang audio brand.  LINK 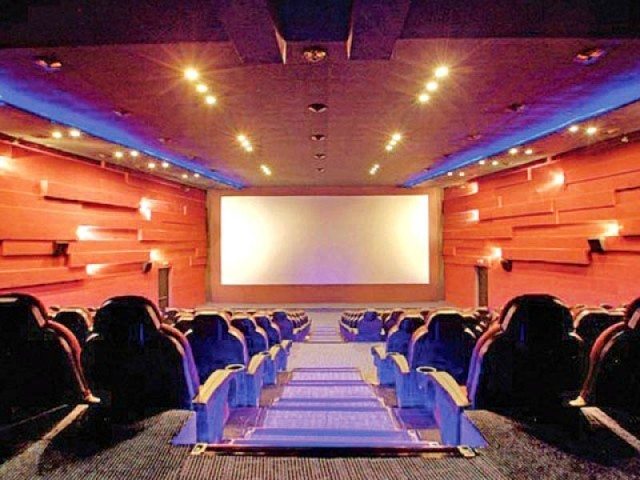 At MM Alam Road, which is believed to be the best place for the rich and elite to shop and dine, the company management is operating three multiplex screens along with a food court, which provides vast choices starting from traditional Dahi Bhallas and Desi food to fast food and continental food, Thai and seafood, etc.

Gultasab said the response of the people was overwhelming and in just about a week of the opening of the food court, the management started thinking about expanding the footprints.  LINK

China – It is a game that saw the five best national teams come from all over the world to compete in Paris, cheered on in a huge stadium by their hard core fans and it was even shown in 16 cinemas across China. What sport is it, you ask? It’s not, it’s the video game League of Legends All Star 2014 Tournament.

2014 annual “League of Legends” All-Stars (hereinafter referred to as LOLALL-Star) will be held in Paris, France. Game time will be on the 9th to the 10th, part of the national theater and the game will be broadcast live on the Internet. Currently, on-site spectators are hot places to run in, come join our team of spectators to witness the pinnacle of gaming events.

2014LOLALL-Star cinemas and cafes on-site spectators running in places are hot! As long as you are the players who loves LOL, as long as you desire to high-end cafes and cinemas to watch the game. According to the list of theaters and cafes we offer through the list of phone numbers to contact the person in charge, the first 120 players to take the lead contact to get to watch places, become a member of our group Demacian cheer.  LINK 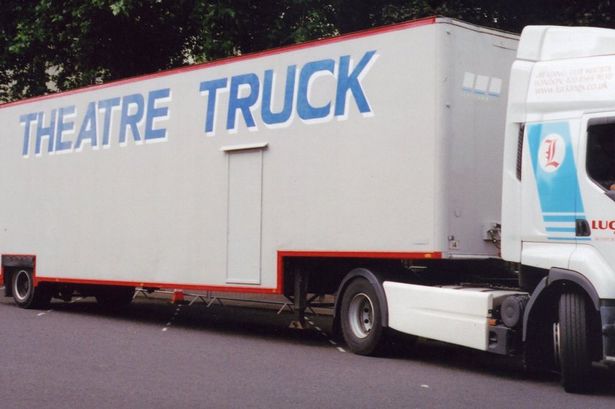 UK – Holmfirth Film Festival may be overlapping rather than competing with the Cannes Film Festival, but they have one thing the Croisette doesn’t have: a cinema truck.

“‘We are known for interesting events and quirky venues. Last year it was the Yurt. This year’s new venue is The Cinema Truck, a truck that has been converted into a wonderful mobile cinema.

“It was kindly loaned to us by Craig Morrison and transported to Sands Recreational Park by Turner Brothers.”  LINK 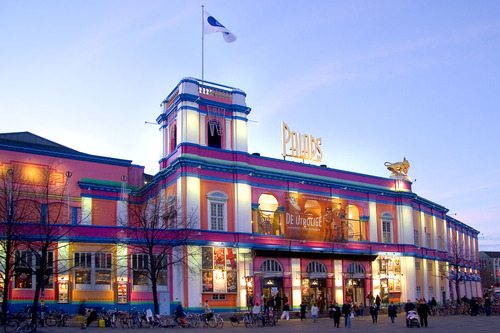 Denmark – Problems with immigrant youth disrupting cinemas screening is not just an occurance in Copenhagen but also in neighbouring Malmö, though politicians and people in the industry are afraid to discuss it as such for fear of appearing racist. But thugs are thugs, whatever their ethnic origin, and off-screen violence in cinema can never be excused.

A group of young boys attacked several other audience members at Palads cinema at 20:45 on Thursday during the showing of the rapper drama ‘Ækte vare’ (‘Flow’), Metroxpress reports.

A police spokesman said the brawl escalated when the group were told to lower their voices.

Some movie-goers were taken to hospital with bruises and cuts after the boys hit them on the head with a blunt object.  LINK 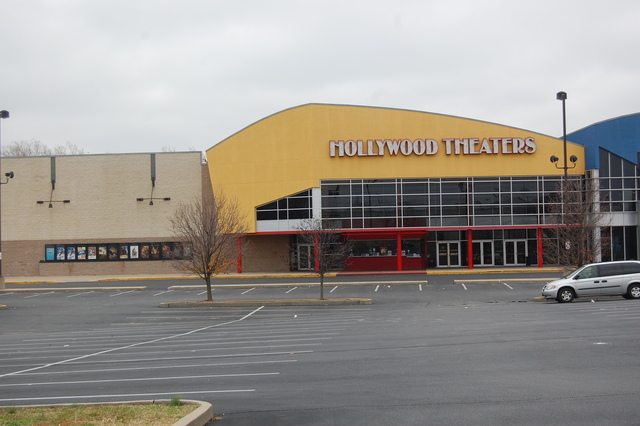 USA (MI) – Worrying that he was not found earlier. No word on which film he was watching.

Joplin police say a 34-year-old man died in a Joplin theater and his body was discovered the next day.

Police say they don’t suspect foul play in the death of Justin M. Roark of Seneca. Police say Roark apparently attended a movie at the movie theater complex Thursday night and may have suffered a medical problem without anyone noticing.

The Joplin Globe reports a member of a cleaning crew found Roark’s body Friday morning seated in one of the theaters.  LINK 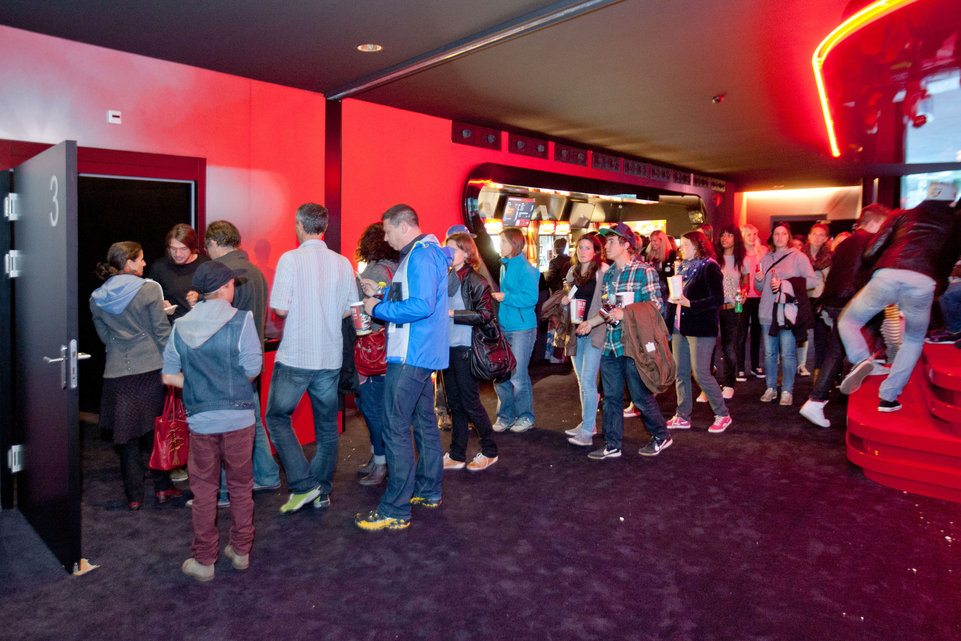 After over two years of construction, the new multi-cinema in Thun with its five halls, a total of 900 places and the modern sound system has opened its doors. On Friday and Saturday the operators invited audiences to special, discounted screenings. “Overall, we sold 2000 tickets for the shows on Friday and Saturday, which is much more than we had expected,” said Marti.

The tickets for blockbuster films such as “Spiderman” or “Avatar” were particularly sought after and since days of stock. In addition to the 2,000 who watched the movies, came many more visitors, who took part in the free screenings of the new audio system or bistro stayed on the ground floor.  LINK

What is the future of cinema? The Truly Free Film blog has a post called ‘Could These Be The Future Of FilmBiz?‘ where it lists a baker’s dozen of trends and technologies that could shape the future of film consumption in the cinema and beyond. We list the first three below.

1. The Only Mass Culture Is Live Events Or Corporate MegaMovies. Producing work for everyone requires justification for colossal markeing budgets. We — the people formerly called the audience — have already segmented and then fractionalized and then scattered some more. Polarization of film production and audience aggregation has already occurred with a few filmmakers being selected for the tentpole biz, and the rest kickstarting their cinema of poverty onto the internet. Tim Wu has already pointed out “Netflix’s War On Mass Culture” (Must read). Is it inevitable now that Half Of TV Will Melt Away (as Chris Dorr pointed out)? Is the choice a hobby culture or 3rd act total destruction of a city?

2. Virtual Reality Versions Of Personal Movie Theaters. We love the in cinema experience, the big theaters, the throw to the screen. What if we got that from our own little cubicle or pod? It looks like we now can (click that link).

3. Cinema More Immersive Than 3-D. Did you go to the Busan International Film Festival screening of the Screen X film “The X,” directed by Kim Jee-Woon? It can be the only example of such immersive cinema. (okay, so I cribbed this one from that prior post of mine, but it IS happening right now).  LINK