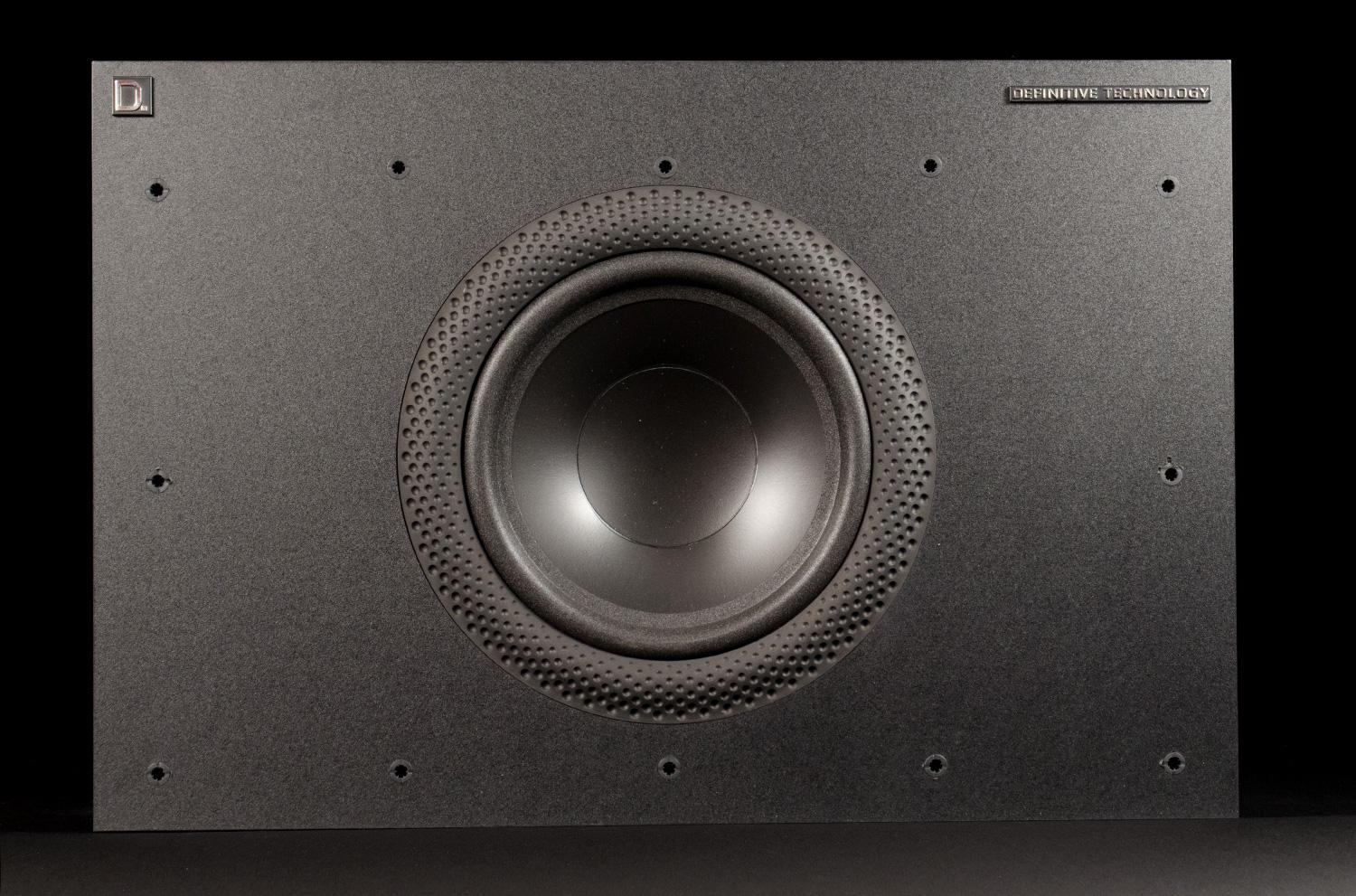 The issue of sound levels in cinemas is increasingly becoming a legislative issue. Not long after rules limiting cinema sound were introduced in the Belgian region of Flanders, legilsators in the US state of Connecticut look set to follow.

Movie cinema executives are urging lawmakers to oppose a bill that would establish a maximum decibel level inside Connecticut theaters.

Joseph Masher, the chief operating officer for Bow Tie Cinemas, said Tuesday his company has not heard complaints about loud films or movie trailers since it installed digital equipment. Rather, he said they received complaints about two films not being loud enough for customers.

The legislature’s Public Safety and Security Committee is considering a bill that would prevent theaters from showing a film or preview that exceeded 85 decibels. A decibel is a unit used to explain the intensity of a sound wave.

As my colleague Julian Pinn points out: “The 85 decibel to which Mr Masher is referring is not the same decibel; it is the level reached with a short term mean when replaying test noise used to align the system to the said reference. It is not the level of the movie content itself. Again the press have mixed up decibels levels and not helped the clarity of this complex topic.” However, this issue does not just potentially affect feature films but also adverts, trailer and event cinema.  LINK

USA: Carmike Cinemas has reported their Q4 financial results and the CEO is putting a positive spin on them, even though net income for the quarter was down to $3.9 million ($0.17 per share), compared to $91.6 million ($5.19 per share) in the same quarter of last year.

Carmike Cinemas’ President and Chief Executive Officer David Passman stated, “We are pleased to report that Carmike has once again outperformed the industry in several key metrics, including admissions revenue per screen and attendance per screen. Admissions revenue per screen increased more than 6% over the prior year period, well ahead of the industry box office increase of approximately 1%. Attendance per screen increased by over 3% while industry attendance declined almost 3%. Carmike’s success was largely propelled by the addition of more than 500 screens to our theatre circuit over the past two years through the Company’s successful M&A program. Adjusted EBITDA for the fourth quarter reached record levels at $33.7 million.  LINK

Cinemagic, a cinema chain focused on building cinemas in towns between 50 and 70 thousand inhabitants of Mexico, and Christie®, the dominant brand in the global digital cinema projection market, today announced the joint digitization of 70 screens currently operated by Cinemagic in Mexico.

Christie will supply an assortment of Christie Solaria® One+ and Christie CP2220 projectors to the Cinemagic complexes, facilitated by Scrabble Entertainment, an international deployment entity whose financing of DCI-compliant digital cinema projector conversions helps all manner of cinemas make the move to digital technology.  LINK

Russia: Imax is expanding its footprint in Russia:

IMAX Corporation and MORI CINEMA, one of Russia’s fastest-growing exhibitors, today announced an agreement to install five IMAX® theatres across Russia. Under the terms of the agreement, four of the IMAX theatres will be installed in new construction projects in the cities of Irkutsk, Murmansk, Archangelsk and Moscow, with one retrofitted theatre to be installed in Togliatti. This agreement brings to six theatres MORI’s total IMAX® commitment.  LINK

Thailand: The largest Thai cinema ad company, Major CineAd (part of Major Cineplex Group), is trying new ways to target a larger client base through sponsorship in films made by its sister companies.

In line with the film industry’s growth, the country’s largest cinema-chain operator expects its cinema ad unit will see an increase of between 10 per cent and 20 per cent in advertising revenue from the Bt1.07 billion generated last year.

Nithi Pattanabhakdi, chief media officer at Major Cineplex Group and also head of Major CineAd, said yesterday that his company had teamed up with M Pictures, M39 and Talent 1 to offer synergy packages for businesses that want to be part of film production through sponsoring, product tie-ins and creating branded content.  LINK

India: While Mumbai is associated with Bollywood and Hindi-language films, smaller films made in the local Marathi language struggle in its shadow.

Bharatmata Cinema, one of the last surviving single-screen cinema halls in Mumbai, established in 1941, serves as a reminder of the times when Marathi cinema had queues of cinegoers snaking pavements. Bhopatkar claims that even Gujaratis, Marwaris and Parsis would watch the cinema during those days.

“In the last two / two-and-a-half years, there has been an upsurge in the screening and success of Marathi films. We’ve had films that open with three shows on a Friday and midweek become nine to cater to the increasing interest,” informs Kamal Gianchandani, president of PVR Pictures.  LINK

India: The Hindu newspaper bemoans the poor infrastructure of cinemas in the capital of the south Indian state of Kerala.

If you are a city-based film buff and your only source of movies is the cinema, chances are that you would have watched only one among the many contenders for the Oscar awards this year. Except ‘Gravity,’ which swept seven Oscars, and ‘Great Beauty,’ which was screened at the International Film Festival of Kerala, none of the others were released in the city.

The 19 cinemas in the city have seen wild swings in their fortunes in the past decade, but have managed to survive, some with the help of a little reinvention. Though it has been long argued that audiences are deserting cinemas, time and again this has been proved wrong, most recently in the case of films such as ‘Drishyam’ and ‘1983.’ When The Hindu talked to movie fans, the majority made clear their preference for the big screen, but all of them invariably raised issues of poor infrastructure in the cinemas. LINK 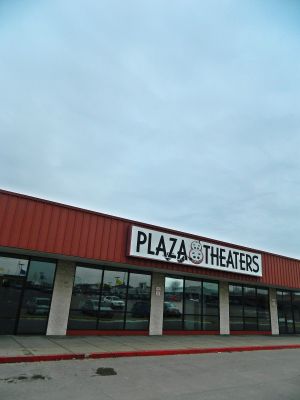 USA (Mo): A strange case of a cinema manager accused of trashing a cinema (his own?):

Police said they arrived at the Screenland Plaza 8 last Thursday to find shattered ceiling tiles and debris scattered throughout the lobby.

The total damage from the vandalism is estimated at several hundred thousand dollars.

Manager Josh Hall was arrested in connection with the case Tuesday and is expected to be formally charged Wednesday. Police said they suspect other people were involved.

I suspect there is a story behind this. LINK

USA (IL): From the State whose former Governor is in jail for bribery conviction comes a tale of cinema-related financial shenanigans.

The Hollywood Palms in Naperville and Hollywood Blvd. in Woodridge are now under separate ownership, with the theaters also part of an apparent ongoing tax investigation.

The two area cinema complexes go under the Tinseltown brand and now have different ownership after a bankruptcy trustee’s request for the sale of the 10-screen Woodridge location made its way through legal channels last week.

A well-placed source who declined to be identified said the ownership transfer was processed several days after both locations were visited by federal tax authorities on Feb. 6.  LINK 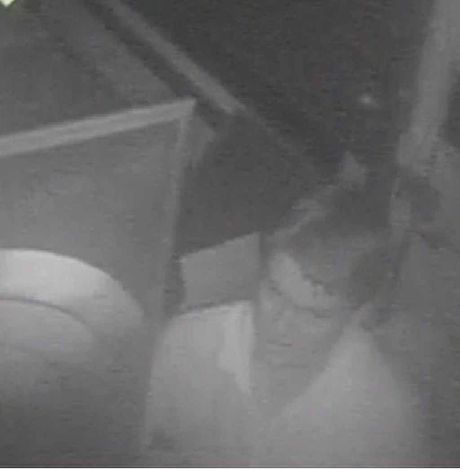 Australia: Police are looking for a burglar who broke into cinema.

EMERALD police are attempting to identify a male suspect after the Emerald cinema complex was broken into on Monday night.

The unknown suspect/s forced entry into the premises.

A sum of money was stolen from the business during the break-in.

Police are reviewing CCTV footage of the incident and are asking the public for assistance to identify a male person who can be seen on the footage.  LINK

India: One of the greatest cinema tragedies of all time looks set to have its final legal turn this week.

The Supreme Court is expected to pronounce its judgement in the Uphaar cinema tragedy case on Wednesday. A total of 59 people died of asphyxia and over 100 others were injured when a fire gutted the Uphaar theatre on June 13, 1997.

The apex court will give its verdict on a review petition filed on behalf of the tragedy victims seeking enhancement of sentences given to Sushil Ansal and Gopal Ansal, owners of Uphaar cinema in South Delhi.

The cinema’s owners were first given two year jail sentances but this was reduced to one year on appeal. LINK

UAE: Cinemas are a particularly welcome air conditioned refuge in the Gulf.

Reel Cinemas, the world-class cinema experience brought by Emaar Retail LLC, a subsidiary of Emaar Properties , is expanding its footprint in the UAE through a strategic tie-up with Meraas Holding , a Dubai-based development company, to open and manage a 10-screen cinema at ‘The Beach.’ A new family entertainment retail destination developed by Meraas, ‘The Beach’ is located on the Dubai Marina shoreline.

The 10-screen Reel Cinemas at ‘The Beach’ can host over 800 people, and will feature three Platinum Movie Suites, a Platinum Lounge with a dedicated kitchen offering the ultimate in cinema luxury experience, and seven standard screens. LINK 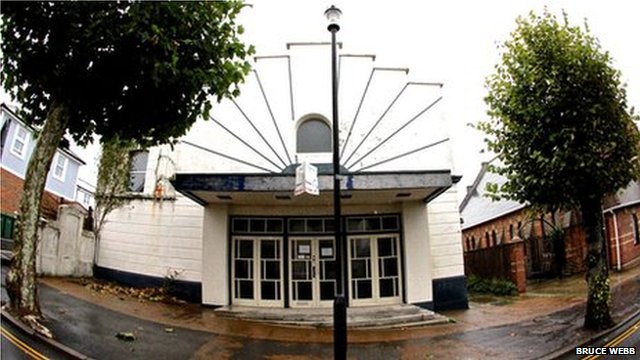 UK: Do you have GBP £90,000 spare to help the Isle of Weight to save a former art-deco cinema?

A former art deco cinema on the Isle of Wight could be partially demolished to make way for five homes.

Tony Wright, the owner of Sandown’s former Rivoli cinema, which is now a disused warehouse, said the plans were due to be submitted to the council.

It comes after campaigners, who want to buy the building and reopen it as a cinema, failed to meet the January deadline to raise £180,000.

They still need £90,000 but insist the project is still viable. LINK

UK: A GBP £25 million scheme to develop a former army barak in North Yorkshire to a retail centre featuring a cinema has run into opposition from the neighbouring town.

Last year permission was given for developers to build a five-screen cinema at Catterick Garrison as part of a scheme which developers have said will bring 700 jobs to the region. But now Lingfield and the Secretary of State for Defence want permission to build a seven-screen cinema and increase the number of seats from 640 to 848.

Objectors are concerned about the impact on the existing cinema at The Station, in Richmond, which also has a restaurant and smalls shops. LINK

UK: A GBP £12m development in Ely near Cambridge could see a combined retail and cinema complex.

Turnstone (Ely) Ltd has approached East Cambridgeshire District Council with a ‘screening option’ for what it has called a ‘leisure development’ next to Ely Rugby Club, in Downham Road.

It is understood that the development will include a cinema.

The Downham Road site had previously won planning permission back in 2010 for a £12million pound leisure centre but, with no funds forthcoming, the council has been unable to progress the project. LINK

A cinema in Bristol is set to be saved, partly thanks to a donation from a graffiti artist who also happens to be a local son.

A LIMITED-edition signed Banksy print donated to a volunteer-run Bristol cinema has raised £11,000 at auction.

The artwork from the elusive street artist’s ‘Di-faced Tenner’ series was snapped up at a sale at Bonhams in London, raising much-needed funds for the Cube Microplex cinema.

The proceeds of the auction will go towards essential maintenance work at the cinema in Kingsdown.

The piece – which sees the face of Princess Diana replace the Queen on £10 notes – was donated to the volunteer group which runs the Cube last year, during its campaign to raise funds to buy the freehold on the historic building it has occupied since 1998.

That £185,000 target was met in December thanks to donations from the public.   LINK