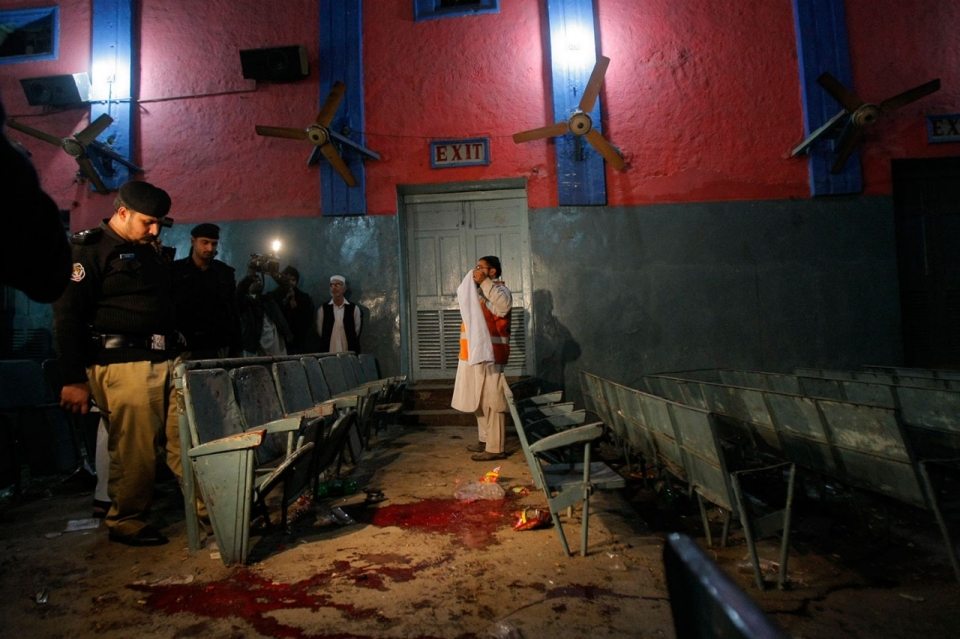 Pakistan: A terrorist attack in a cinema has killed five and injured dozens in a small Pakistani cinema. “Pakistani police say a bomb attack in a cinema in the northwestern city of Peshawar has killed five people. Police official Zahid Khan says the explosion on Sunday night also wounded 30 people. Another official, Faisal Mukhtar, says the attacker was apparently sitting in the audience in the crowded cinema before hurling two hand grenades in the dark.” The attack occured during during the screening of ‘Ziddi Pakhtun’, a local film. There can be few more cowardly acts than this type of terror.

UAE: The desert kingdom gets another multuiplex showing Hollywod and Bollywood. “Cinema lovers in Ruwais will finally get to enjoy the latest movies with the launch of the first cinema complex by Cine Royal Cinema in the western region of Abu Dhabi. The 4-screen theatre successfully opened to the public at Ruwais mall for the first time last week. The cinema celebrated the ocassion by granting residents free access to all shows.” Cinemas in UAE are not just a hit with locals and expats but also citizens of Saudia Arabia who cross the border to get their fill of popcorn fare. Link

UK: Cinema Competition Madness revisited – The operators of The Light cinema (written about previously in the Daily) are convinced it can survive the competition against its bigger rival. ” Mr. Dove, however, argued that The Light Cinema would survive and was different to the rival complex. He said: “We think Vue are a great brand, but we have a different unique selling point. “We do it differently in that we don’t charge booking fees, won’t pay any extra for viewers to watch films in 3D and every seat we have is a luxurious seat. “We will also show some films left of centre and our screens will show more than just films, with ballet and theatre.” Time will tell. Link

UK: A campaign is underwy to save a historic Coventry cinema. “The Theatre One building, on Ford Street, was built nearly 100 years ago, but films have not been shown there since 1998. An arts group named Through The Wall Project is calling for the building to be revived as a cinema and arts venue. The group that owns the cinema said they were willing to listen to “sensible” offers.” Seems like a good opportunity for an entrepreneur. Link 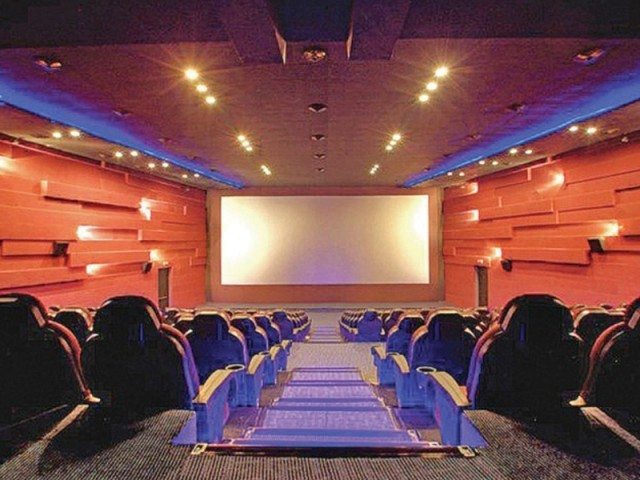 Pakistan: Despite the occasional act of terror, the multiplex business is in ruddy health in Pakistan on the back of Bollywood and Hollywood releases. “If someone still believes that the cinema business is on the verge of collapse, then he should look at the level of investment being made by different entertainment companies, like Super Cinema, in establishing state-of-the-art multiplex cinemas. This could be enough to change perception. At present, around 100 new multiplex cinema houses are either under construction or in the pipeline all over the country with investment estimated at Rs10 billion. Of these, 13 new screens (cinemas) will be installed by Super Cinema with an investment of over Rs1 billion.” Expect stringent security procedures and metal detectors after yesterday’s grenade attack. Link

UK: The recent screening of Donmar’s Coriolanus did not captivate everybody, including Jose Arroy, Sight & Sound reviewer and Lecturer, Department of Film and Television Studies at University of Warwick, who at first could not even get tickets at the The electric cinema in Birmingham. “I was luckier at Cineworld because Coriolanus was showing on two different screens. Of course, I could have waited to see it on DVD later but it would have lost the dimension of “liveness”, the size of the screen would have shrunk, and it would have meant wresting control of “time” from the show’s makers: on DVD, I could pause at any time, make myself a cup of coffee and possibly wreck all the filmmakers’ carefully considered attempts to realize effects that rely on suspense, timing, rhythm.” Interesting that it was showing on no less than two screens, but he is wrong in that NT Live does not release DVDs. Link

UK: Just because Ilkley doesn’t have a cinema didn’t deter a 29-year old entrepreneur from screening films and running a festival, Martin Pilkington just went looking for venues. “He settled on the King’s Hall and Ilkley Playhouse for the venues. “If you’re going to do a festival, and people are going to come into the King’s Hall or the Playhouse and sit and think ‘This is a cinema’, it’s making sure it’s a memorable experience.“The King’s Hall, when I walked in first of all, I saw the stage and thought it was perfectly framed for a big screen to go there. The manager said to me there’s been no film showed here before and that was quite interesting for me, because I’ve used different venues before that haven’t been cinemas, but there it just seemed to be perfect.” Link