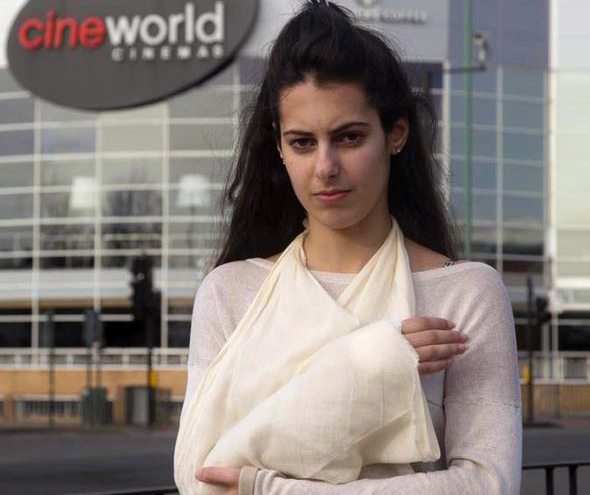 UK: A girl is recovering after being bitten by a venomous spider at a Cineworld multiplex. yes, you read that correctly; not in Australia but in the UK. “A teenager needed three operations after she was bitten by a venomous spider at an Enfield cinema. Stephanie Georgiou, was bitten by a false widow spider at Enfield Cineworld in Southbury Road, on January 2, just one day after her 18th birthday. It wasn’t until three days after she had watched the film that the teenager realised something was wrong with her hand.” She needed several operations and will require skin grafts. For a poisonous spider bite! In a UK cinema!! Incidentally, the film she was watching was the latest Paranormal Activity. Link

USA: Tahoe is losing one of its last cinemas. “After more than 40 years in business, Cobblestone Cinema closed on Jan. 2. Its owners opted to not renew the theater’s lease at 475 North Lake Blvd. in Tahoe City. “Having a movie theater in Tahoe City has always been a staple,” said Michelle Gordon, manager of Lather & Fizz Bath Boutique, located in the Cobblestone Center. “It will be greatly missed.” It’s unclear why Cobblestone Cinema closed. Owners Todd and Tiffany Bloomhuff, of North Shore Theatres, did not return numerous phone messages and emails seeking comment for this story.” Most likely it fell victim to the end of 35mm. Link

UK: Arthouse cinema chain and independent film distributor Curzon has just two cinemas outside London, one in Richmond-upon-Thames just outside the capital and one in tiny Ripon in North Yorkshire. “Run in a hands-on way by Penny, her deputy manager James Hare and duty manager Beverley Isherwood, things are going well enough at this new Curzon to start thinking about completing work on the ground-floor restaurant, private VIP area and cellar bar in this spacious property. With seats for a total of only 100 in its two screens, it’s doubtful whether this sort of venue could have been cost-effective in the staff-intensive days of print reels and trained projectionists. Digital has made all the difference and the cinema is thriving already in this close-knit community.” Good profile of pioneering venture for a smart exhibitor. Link

Germany: German exhibitors have failed to overturn a film production support levy that has cost them 195m euro since its 2004. “Germany’s Constitutional Court in Karlsruhe has ruled that existing subsidies for film productions are legal. Big cinema chain operators had complained about a compulsory fee, but their arguments were not accepted.” 2/3 of the films supported by the FFA scheme attracted fewer than 55,000 cinemagoers, representing a poor return on investment, it was argued. Link

UAE: 4DX has come to Dubai’s Vox Cinema, which has rolled it out at a hefty $1.5m per screen. “Rendering the traditional ‘night at the movies’ a wholly different animal, this month Dubai has welcomed the multi-sensory face of 4DX cinema into its fold, promising an experience that adds smell, motion wind, lights and even water effects to a number of old and new film releases.” The first film shown using the technology was Fast & Furious 6, which is probably a safer choose then “12 Years a Slave”. Link

New Zealand: The man alleged to have indecently groped a a young girl has handed himself in. “A man has handed himself in to police in relation to the alleged indecent assault of a 13-year-old girl in a west Auckland cinema last week. Police said the 46-year-old Flat Bush man handed himself in on Friday night as a result of publicity around the incident.” hithlights importance to b vigilent (but not vigilante!) in cinemas. Link

USA: A woman in Edwardsville is suing a cinema for $50,000 because she slipped. “Gina Brown filed a complaint against American Multi-Cinema Inc. on Jan. 17 in Madison County Circuit Court, claiming she was injured as a result of defendant’s negligence. According to Brown, she was attending a movie at the theater located at 6633 Center Grove Road in Edwardsville, when she slipped, fell and was injured. Her complaint does not specify when the accident occurred or what she slipped on. Brown is generally accusing American of failing to provide a safe walkway for pedestrians.” Link

India: An in-depth look at nudity and censorship in Indian cinema, where remarkably “12 Years a Slave” has been passed without a single cut. “Indian censors have become far more relaxed about kissing and lovemaking in the movies in recent years, but complete nudity remains verboten. An adults-only certificate does not even guarantee partial nudity.” Dallas Byers Club had several scenes trimmed and Wolf of Wall Street had six whole minutes chopped out. Indian films are more timid about pushing the boundary of flesh on screen. Link 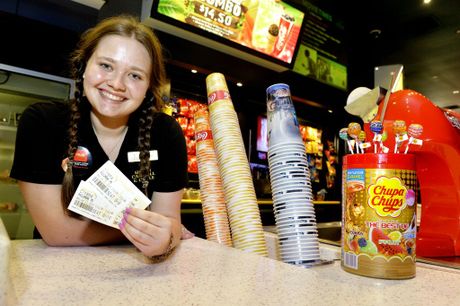 Australia: Ticket price war erupts in Queensland. “Since the opening of Limelight Cinemas in November last year, rival cinema chains have slashed prices to stay competitive with Limelight’s ticket price of $11 for adults. And with the imminent arrival of an Events Cinema complex in Springfield next year, the pressure on theatres to lure in movie-goers is becoming more intense. In the latest price cut, Birch Carroll and Coyle Ipswich cinemas have dropped their “cheap Tuesday” ticket prices from $8.50 to a mere $5 – cheaper than the average cost of renting a new release DVD.” Link