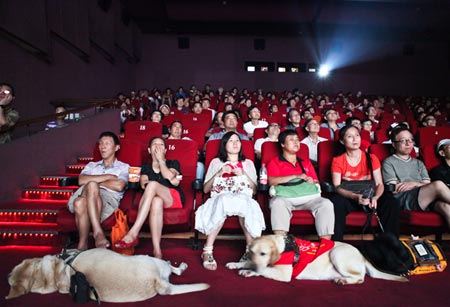 China: PRC is cracking down on tax avoidance and under-payment to distributors by cinemas. “New rules have gone into place in China to prevent cinemas from manipulating viewing figures and engaging in other forms of fraud. The State General Administration of Press, Publication, Radio, Film and Television, China’s movie watchdog, confirmed on Wednesday that it has issued a circular with new rules to prevent box office fraud. Earlier this month, the administrators defined a standard on the technicalities of managing cinema ticket sales to prevent tax avoidance through falsification of the numbers of movie-goers and reporting of artificially reduced ticket sales.” Apparently fraud is enabled by illegal ticketing software. Could be an opportunity for Vista Entertainment Solutions? Link 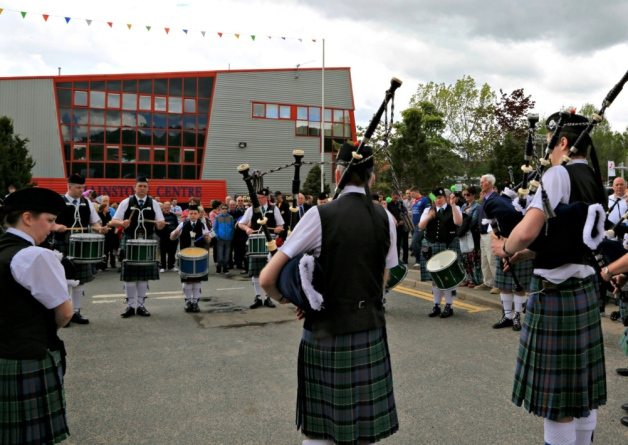 UK: More on the Scottish cinema opening, this time with gratuitous photo of men in kilts playing bagpipes. “MOVIES are set to return to Inverurie with the announcement that Thainstone Events is launching its very own In House Cinema. Based at the Exchange at the Thainstone Centre, Inverurie it will be screening new film releases for all ages… thainstone Events promise that screenings will start at the specified time with no time wasting adverts at The Cinema at the Exchange” ‘Time wasting’ and revenue generating. Link
UK: “Film-lovers could be left heartbroken at news that the new £8million cinema complex in St Neots will not be opening on Valentine’s Day. The Rowley Arts Centre, which will include the restaurants Frankie & Benny’s, Chimichanga and Pizza Express, had been expected to open on February 14 but the date has again been put back. A Cineworld spokesman told The Hunts Post: “We are looking at the middle of May for opening.” Apparently it was built 70cm (30 inches) too closets a neighboring home. Link
UK: Saved from closure and marking centenary. “The Alhambra Cinema in Keswick is 100 years old. There are centenary celebrations this week when the cinema is showing some if the greatest films of all time. Tom Rennie saved the independent cinema from closure.” apparently 85 per cent of its customers are tourists, which is what helped save it from closure. Link

UK: Not to be confused with Ireland’s Empire Cinema currently battling to hang onto its loans; this one is Welsh. “Holyhead’s Empire cinema reveals £8,000 profit. Almost 5,000 pass through new cinema’s doors in less than two months.” Apparently ‘Cinema’ in Welsh is ‘Sinema’. Link

U.S.: Florida. “The Hippodrome State Theatre will be introducing its new digital projector to the public this weekend with a special screening of a classic film. The event, called Cocktails and Casablanca, will be held at 6:30 p.m. Saturday with an encore showing Sunday at 2 p.m. Alisha Kinman, cinema director and director of development, said the event will kick off the theatre’s new era of digital screening, made possible by the campaign The Hipp Goes Digital, which took place in July and raised money to buy a digital projector.” State of Florida Division of Cultural AffairsThe provided a $25,000 Cultural Facilities Grant but additional money was raised by via the campaign. Link

U.S.: Superbowl on the big screen. “After the success of last year’s Super Bowl viewing party, Flat Rock Cinema owners Howard and Barb Molton decided it was a no-brainer to throw another viewing party this year. “We packed it out last year. It’s always a chance for us to show the public what their little community theatre here in town can produce, which is a quality high-definition product,” Howard Molton said. “We’ve had a blast showing the Super Bowl in the past.”” Attendance is free, but you can buy food, drinks and concessions. Link 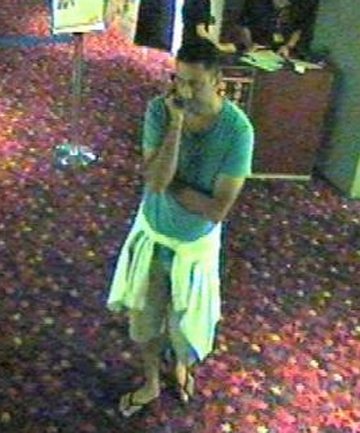 New Zealand: Have you seen this man? “Police are hunting for a man they say inappropriately touched a 13-year-old girl in a west Auckland movie theatre. The man was seen going between all eight screens at the WestCity Events Cinema in Henderson between 1pm and 5.30pm on Tuesday.” Despicable and criminal behaviour. Link

The Next Generation: From one of our favorite UK cinemas. Cameo cinema has just released this fun and colourful trailer showing that you’re never too young to become a cinephile! It celebrates the range of family-friendly programming strands at Picturehouse Cinemas; Big Scream, Toddler Time and Kids’ Club. If you’re in need of inspiration of something to do with your little ones, check it out! Link.