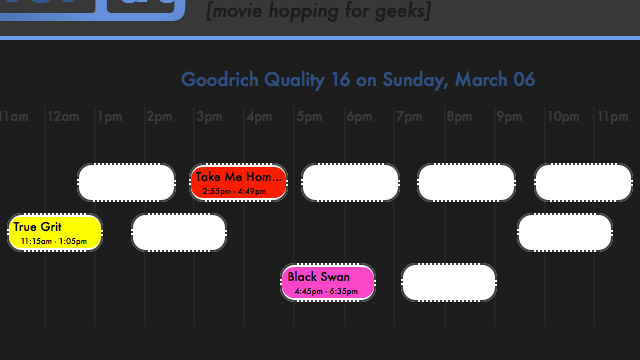 Film piracy or ‘movie theft’ is a well covered subject in exhibition industry circles. The fight is against people recoding films on video cameras in cinemas and uploading them to the internet or selling them on discs is one that unites multiplex operators, film studios, trade bodies like MPAA and FACT as well as law enforcement bodies (FBI et al). But there is a lesser known version of film piracy that is hardly even mentioned in polite cinema circles; the phenomenon of ‘movie-hopping’. Call it the multiplex cinemas equivalent of Netflix’s binge-viewing or movie-marathon. Except those who do it aren’t cinema fans prepared to pay to watch all four Twilight films in a row. They are screen surfers and quite open about it too.

Take this guest column from The Cornell Daily Sun, which is the student newspaper of the Ivy League university, called “Guest Room | Thou Shalt Not Movie-Hop“. But that is exactly what the columnist (one Arielle Cruz) had intended to do:

My plan today was to go movie-hopping with a friend. Take a bus over to Regal Cinema, buy a matinee ticket for the first show of the day, subtly carry in a couple of Subway sandwiches, a bottle of whiskey and some Target-priced movie candy and let the day unfold. It didn’t end up happening today. It turns out I had some other things I had to do. The intense snowfall wasn’t inspiring me to leave my apartment either. But the thing is, I would’ve done it. I had every intention of doing it, and beyond that, I don’t feel any guilt about it.

Arielle sees this as a victimless crime which isn’t hurting the movie industry (cinemas and studios). “It hasn’t so far, and, according to a number of accounts on the Internet, it is even a family tradition in some households.” A quick survey of the net shows just how widespread the phenomenon is. At least in terms of being discussed. First of all there is a step-by-step Wikihow with illustrations and a disclaimer:

Before proceeding, please realize that movie hopping is grounds for being banned from the theater or escorted out. Very rarely you can be arrested for theft of services (similar to shoplifting).

And a helpful list of suggestions at the end, including:

The website has been read 58,087 times, which is not a huge number, but remember that most people can figure out how to do this on their own. If not, there is also ‘The 6 Rules of Movie Hopping‘, including:

Rule 4: In between films you should go to the bathroom, even if you don’t have to. This is key for 2 reasons:
1. If a security guard or Cineplex employee spots you leaving the bathroom and briskly walking or trotting to the next theatre they will probably assume that you don’t want to miss the start of the film. If they see you walking briskly or trotting from a direction other than the entrance or bathroom, than consider yourself busted!
2. For the obvious reason that even though you don’t have to go now, you probably will at a crucial point of the film, which will also be around the time that your energy drink is readied to be recycled. That brings me to rule number

There is even an on-line scheduler to help you maximise your day out to the multiplex, according to our first columnist:

One such site is TheaterTag, tagline: [movie hopping for geeks]. It’s the movie-hopping equivalent of Chequerd, complete with colored blocks for each movie which you can move back and forth to create your perfect schedule. If I had followed through with today’s plans, I could have seen five movies comfortably, give or take 10 minutes hiding from an attendant in a bathroom stall playing Candy Crush. The site, conveniently, contains schedules both from Ithaca’s Regal Cinema and Cinemapolis.

A theatre manager weighs in on how common it is on this Q&A forum:

AndyDufrense: Yeah it’s pretty common. Most of the time they are extremely unslick about it and just make an ass out of themselves. But some people are professionals.

So why is this phenomenon, if it is so common, not discussed more? While we would welcome readers from the exhibition sector to weigh in (use the comment field below – you can be anonymous – or email us), we can offer a few theories.

1) It’s less common than we think. The number of people who sneak a free viewing of Jack Ryan: Shadow Recruit at a multiplex is smaller than the people who download it illegally from the internet. Cinema staff might also be better at catching people doing it than we think;

2) It’s better than nothing. To movie surf you have to buy at least one ticket, which is the most people on average buy in any week or even month. Think of it as Buy One – Get Three Free. The multiplexes also potentially earn money from concession sales, because not all movie surfers bring food in with them.

3) Staff redundancies are to blame. If we still had usherettes showing us to our seat, movie-hopping would hardly be a problem. Having gotten rid of most projectionists and trying to automate the ticket POS (point of sale), it is no secret that almost the only staff left are the people behind the concession counter and the cleaners (often the same taking turns). With tickets checked at the entrance to all screens on one floor, it is not difficult for people to wander from screen to screen. Just remember to keep those 3D glasses.

This last point we suspect probably cuts closest to the bone. On a cost-benefit calculation it is not worth hiring extra staff to clamp down on movie-hopping. The people who do it are cinema lovers are heart, because ‘normal’ people do not do movie marathons like they do. Arielle Cruz seems to think so too:

As an outgoing Arts and Entertainment Editor at The Sun, I’m a lover and supporter of movies. I want to see 80 percent of movies that come out in theaters (you can keep the Saw movies to yourself, thank you), and I have none of the monetary capability to do so. Ticket prices around my hometown are $14 a show. Minimum wage (which is close to what I earn) is somewhere in the $8 an hour range. My wage to viewing time dollar amount is around one to one. Will the movie industry really suffer if I, or even a few hundred, or even thousand, college students, sit for a double or quadruple feature? Or will they have a little extra cash to buy the poster for the movie and a witty T-shirt referencing the film?

Wherever the heart of the problem or solution of movie-hopping lies, I refuse to be judged for doing it. When I movie-hop, money still gets paid to distributors and movie-makers. Calling it stealing wouldn’t be wrong, but wouldn’t be quite right.

It is not something to condone, but there is a solution to it. For the price of one ticket per week you can buy an unlimited movie pass with some exhibitors that allows you to watch films until you pass out. Although it takes away the illicit thrill of movie-hopping, it is something the industry should consider launching more widely.